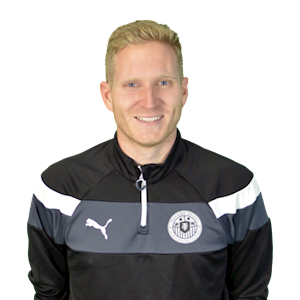 Matt has been at Tranmere Rovers for three years. He is a current UEFA B License candidate and holds a FA Level 2 Futsal badge. He also has a BA Hons Degree in Mandarin and Spanish from Leeds University which involved a 9 month stint in China.

As well as having experience of coaching at Tranmere Rovers Academy, he is also currently a lead coach for Wirral Schoolboys FA U14s.

On top of assisting with the delivery of programmes for international players and groups here in the U.K, Matt has spent time coaching abroad in China as part of the ongoing Tranmere Rovers initiative in Inner Mongolia.

All Meet The Team