Tranmere Rovers are back on the road on Saturday afternoon, aiming for a sixth straight League Two win away to Oldham Athletic at Boundary Park.

Micky Mellon’s side head to Boundary Park currently fifth in the fourth-tier, having put four past Grimsby Town at Prenton Park on Tuesday night in a 4-1 victory over the Mariners.

All four goals came in the first-half, with Connor Jennings scoring a brace either side of strikes from Manny Monthe and top-scorer James Norwood, as Mellon’s men moved to within four points of the top three.

Standing in Rovers’ way Oldham, who slipped to a 2-0 defeat at league leaders Lincoln City, with the visitors also having Jose Baxter sent off in their Sincil Bank loss.

Kieron Morris has returned to training for Rovers after missing out the last two games with a groin strain so he can be conisidered for selection.

​The Latics’ season so far

The Greater Manchester outfit, who were relegated down to League Two after two-decades in League One, are currently 14th in the division, nine points from the Play-Offs with nine games to play.

Oldham are winless in six games but could move to within six points of the Play-Offs if results go their way.

Callum Lang is the one to watch on Saturday, with the striker Oldham’s current top scorer.

The Liverpool-native began his career in the youth set up at Anfield before moving to Wigan Athletic’s youth system.

Turning professional at the DW Stadium, 20-year-old Lang made his senior debut in Wigan colours in an EFL Cup tie with Blackpool in August 2017.

He joined League Two side Morecambe on loan deal later that same month, scoring 10 goals in 30 games for the Shrimps as Jim Bentley’s side survived in the fourth-tier on the final day of the season.

So far this season, Lang has scored 11 goals in 41 appearances at the Latics in all competitions.

Tickets and travel for our away game at Oldham Athletic this weekend are still on sale!

The SWA have been allocated an initial 1,765 tickets located in the Chadderton Road Stand with around 700 tickets available on the day if required.

We have been allocated five wheelchair and carer tickets for supporters too. The wheelchair section at Boundary Park is at the front of the stand at floor level, which is also uncovered.

Match tickets will completely go off sale at 4pm on Friday 15th March.

Can’t make it to Rovers’ away game at Oldham Athletic on Saturday afternoon? Don’t worry as you can keep up with goings on at Boundary Park. 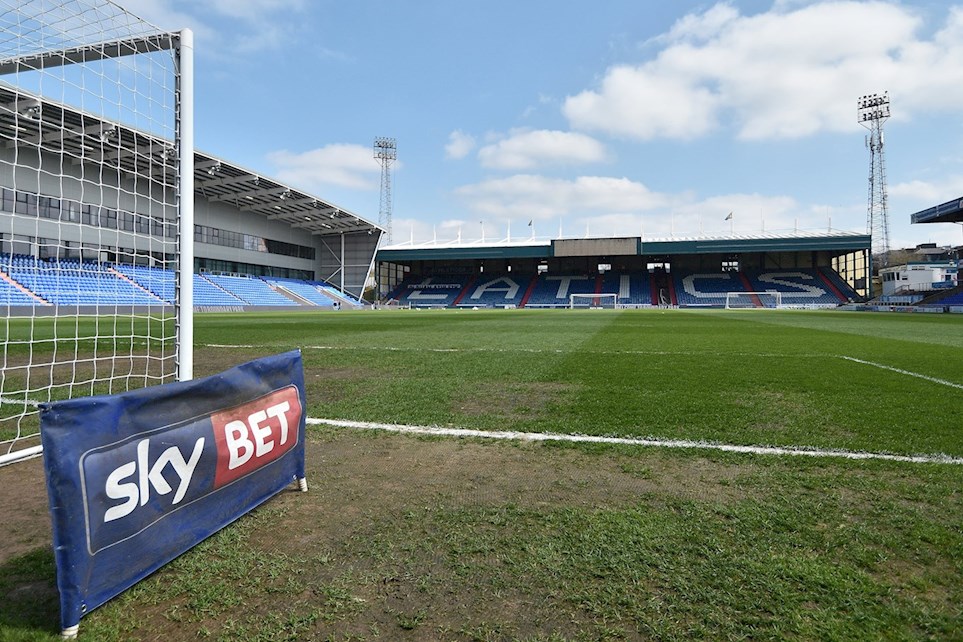 Tranmere Rovers seven match winning run came to an end with a 2-0 defeat at Oldham Athletic.

A brace from Callum Lang sealed the win for the hosts as Tranmere dominated the play but were unable to find a breakthrough against the Latics.

Rovers were backed by phenomenal support from the Wirral, with nearly 2,500 fans making the journey to Boundary Park. Our attention will now quickly turn to this weekend’s game at Newport County!

Manager Micky Mellon made one change from the win against Carlisle United, Jay Harris replacing the injured Luke McCullough.

Tranmere were dealt an early set in the seventh minute as the hosts took the lead when Lang cut inside from the left flank and beat the Rovers defence to drive a low effort into the bottom right hand corner past Scott Davies.

Christopher Missilou and Lang were proving to be a nuisance for the TRFC backline with their pace and clever runs as Rovers knew they had a battle on their hands if they were going to maintain their unbeaten run of form for the past nine league games.

Tranmere were showing a threat when they did get in the final third, just missing the final pass to show a real threat to goalkeeper Daniel Iverson’s goal.

Just before the half hour mark, former Oldham man Ollie Banks forced Iverson to punch a free-kick away from roughly 20 yards.

Winger Kieron Morris was the next to try his luck for the visitors, as Tranmere started controlling possession at Boundary Park. The on loan man struck a fierce 20-yard effort wide of the post.

Tranmere were on the front foot from the get-go and the travelling support were right behind their team. Seven minutes passed and Mellon made his first sub, Harris replaced by winger Jonny Smith and a change of formation as Rovers went in search of an equaliser.

Oldham were taking every chance they could get to slow down the clock to ensure their lead stayed intact.

Smith’s impact was pretty immediate and just before the clock passed 60, TRFC’s number 18 hit an effort from the edge of the box, the keeper making a fine stop. One minute later, Manny Monthe tried his luck but the goalkeeper was equal.

However, the hosts went two goals to the good when Lang added his second, escaping the Rovers defence once again to slip the ball into the far corner.

Tranmere continued to dominate the ball but were not able to find the killer pass to breakdown Oldham.

A scramble in the penalty area nearly handed Tranmere a goal back but the ball eventually crept over the crossbar, as the visitors kept on pushing.

Another chance fell Rovers’ way as Connor Jennings broke free in the box to whip in a cross but unfortunately no one could connect with the ball.

But it wasn't our night but one thing was evident, this Club are together and the SWA stayed with the team all the way through.

Following unbelievable support from the SWA, we have sold out of our initial allocation of 1700 tickets for our away game at Oldham Athletic on Tuesday 2nd April.

There will be approximately 1000 tickets still available on the day for supporters still wishing to attend the game.

Ticket information: Show your support for the lads at Oldham this weekend!