Just 84 days after winning promotion back to the EFL, Tranmere's League 2 season kicks off on Saturday 4th August.

Micky Mellon's side begin life in the division with an away trip to Stevenage. The match will be the first time Rovers have travelled to the Lamex Stadium since Good Friday 2015, when goals from Kayode Odejayi and Jennison Myrie-Williams earned a 2-2 draw.

The only member of that Tranmere squad still at Prenton Park is Liam Ridehalgh, though the defender misses out through suspension.

It was a lively start to the game with Rovers having the majority of possession and attacking play. Firstly, Jennings ran with the ball and tried a shot from distance and then in the 5th minute, Stockton glanced a header wide from a Jonny Smith corner.

On the 11th minute, Bakayogo beat his man down the left and hit a low cross into the six yard box however none of his team mates could get onto the end of it.

Soon after, Stevenage had their first sight on goal. Kennedy advanced down the left and cut back towards the penalty spot but McNulty was well positioned to clear for Tranmere.

These were the warnings signs for Rovers and on the 20th minute the deadlock was broken. After what looked like a foul on the edge of the box, Jimmy Ball collected the ball and struck an effort across Scott Davies and into the bottom left corner. Advantage to the home side.

Before Tranmere could settle again, it was 2-0. A near carbon copy of the first, this time Byrom curling a shot into the far corner from 20 yards against the run of play.

The two goal deficit never seemed to faze Rovers too much as they responded quickly with a goal of their own on the 33rd minute. A sweeping passing move eventually saw Jennings play a ball through to Norwood who slid under the keeper to get one back.

Into the second half, Rovers started with real purpose and were rewarded just 10 minutes after the break. Smith looped a free kick into the box, Sutton nodded it towards the six yard box and Norwood was on hand to scramble it over the line for the equaliser.

The momentum was turmng Tranmere's way and substitute Ben Tollitt breezed past the already booked Hunt who brought him down with a sliding tackle. Stevenage down to 10 men with 20 minutes left to play.

Minutes later, Tollitt was causing more problems down the left as he fired across the box for the onrushing Norwood who forced a great save out of Farman.

Stevenage were still a threat on the counter attack and went close on a few occasions. Firstly, Revell tried to back heel at the front post and then Nugent headed inches wide as the game started to wind down.

The heat was starting to play more of a factor in the game as both teams were struggling to keep up the tempo in the dying minutes.

Despite late pressure from Rovers, they couldn't find the winner and took a well earned point back to the Wirral.

Ticket prices for the game are as follows:

Tickets can be purchased on-line from Stevenage’s ticketing portal (www.borotickets.co.uk) or by contacting their Ticket Office by telephone (01438 223223 x 62).

On the day of the game, tickets can also be purchased via their cash turnstiles or from the Ticket Office (located in the main car park, adjacent to the Club Shop) which accepts both cash and card payments. There is no price increase for paying on the day of the game.

*Concessions are classes as 60+, Students with valid ID Card, members of the armed forces & members of the emergency services with relevant ID. Ambulant disabled are classed medium-higher rate of care. Any visiting supporters who require wheelchair access will be allocated within the disabled facilities amongst the away supporters. Bookings will need to be made in advance of the fixture by contacting the number above. Please note 6 wheelchair bays are available to supporters, and a free carer is given. 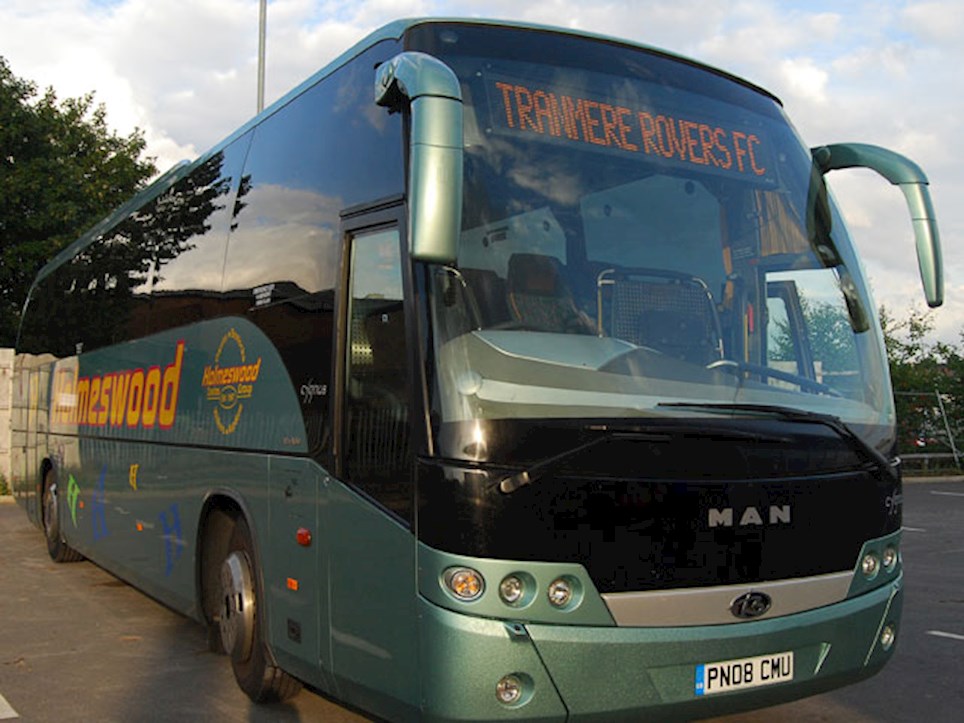