Tranmere Rovers are back under the Prenton Park floodlights for a Sky Bet League Two fixture at home to Northampton Town on Tuesday night.

Micky Mellon’s side return to action in front of the SWA after seeing their scheduled game away at Port Vale last weekend postponed due to a frozen pitch at Vale Park.

Currently 10th in the fourth-tier, Rovers host Keith Curle’s Cobblers aiming to get back to winning ways.

Northampton visit the Wirral in 17th in the table following a 4-0 home defeat to Colchester United at Sixfields on Saturday.

Kieron Morris, Chris Dagnall and Sid Nelson could all be in line to make their first starts of the season for Rovers.

Ben Pringle is also in contention to make his home debut. Ishmael Miller is a long term absentee for TRFC.

The Cobblers’ season so far

It has been a mixed season for Northampton since their relegation from Sky Bet League One last season.

Dean Austin was made manager last summer following a caretaker role but was replaced by current boss Curle back in October with the Cobblers fourth bottom of the division following a poor start.

And since Curle’s appointment in the Sixfields dugout, the former Manchester City defender and Carlisle United manager has steadily guided the club to an upturn in fortunes as the season enters its closing months.

From their 30 league games played, Northampton have won seven, drawn 13 and lost 10, currently finding themselves in 17th position.

A win at Tranmere on Tuesday night could move them up a place, above Crawley Town.

Striker Junior Morias will look to cause a threat for the Cobblers at Prenton Park on Tuesday night.

The Jamaican began his career in the youth set-ups at Fulham and Wycombe Wanderers before earning a professional deal with the Chairboys.

In his two-years as a professional at Wycombe, he turned out 27 times for the Adams Park side, but he would also spend time on loan with non-league clubs Hendon on Boreham Wood.

He then moved on to St Albans City before securing a transfer back to the EFL with Peterborough United in January 2017, scoring 10 goals in 45 appearances for Posh.

The 23-year-old signed for Northampton last summer and has netted four goals in 16 games.

Fancy heading down to Prenton Park this Tuesday night to watch some affordable football and cheer on Micky’s lads as TRFC welcome Northampton Town to the Wirral?

Match tickets for our home game against the Cobblers are still available to purchase either in person at the Prenton Park ticket office or online by clicking here: https://www.trfctickets.co.uk/.

TRFC’s online ticket store is also the perfect place to purchase tickets for upcoming Sky Bet League Two games, both home and away, and away coach travel.

Can’t make it to Rovers’ home game against Northampton Town on Tuesday night? Don’t worry as you can keep up with goings on at Prenton Park. 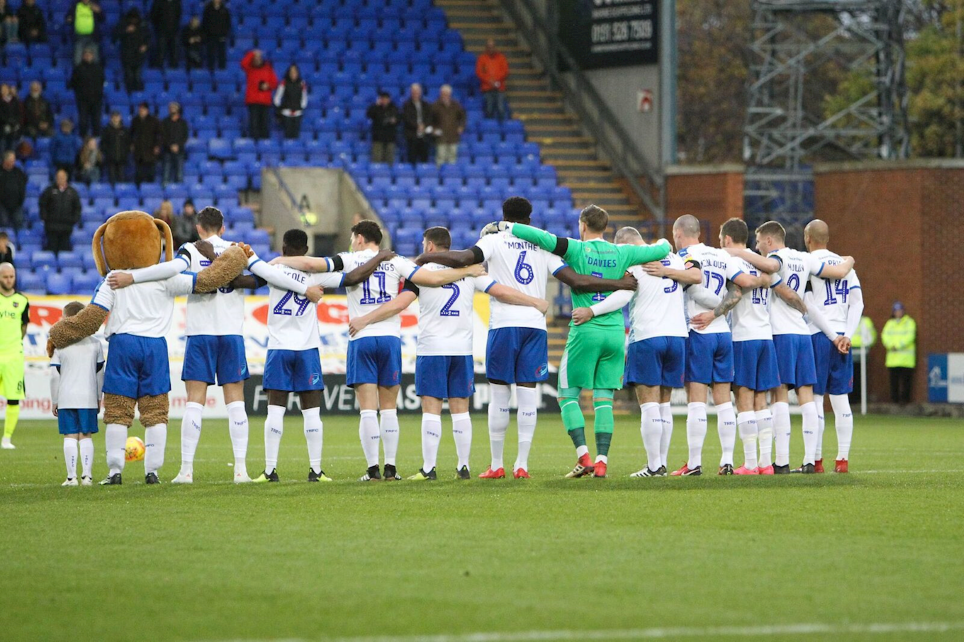