Tranmere Rovers are in action once again this Saturday to take on Barrow in the third to last fixture of the league campaign.

Keith Hill’s men picked up a hard earned three points on Tuesday night at Bradford and will be looking to take that result into the final three games of the regular season. Rovers sit in 5th position in League Two, four points outside of the automatic positions.

Barrow, back under the reigns of Rob Kelly, are edging closer to safety from relegation with a few games to spare. The Bluebirds are eight points from the drop with a game in hand in their first season back in the Football League.

Keith Hill has reported that James Vaughan is out of action for the time being whilst he recovers from a knee injury.

This term, he has netted 13 goals in all competitions and has adapted to life back in the Football League quite well. His last goal came in a 2-1 win over Exeter City on the 13th April.

Please note that season ticket holders do automatically receive home game match passes and will not have to purchase one to watch.

A second half header from striker David Nugent made it back to back wins for Tranmere Rovers with a 1-0 victory against Barrow at Prenton Park.

Nugent, who came off the bench, was positioned in the perfect place to direct a cross from Feeney into the far corner.

Rovers could have scored more in the second period, but the win also ensured our third consecutive clean sheet in a row.

In a tight opening 20 minutes, Barrow had the first opportunity of the game, as their top goal scorer, Scott Quigley, turned and shot, which was well saved by Joe Murphy.

Barrow’s opportunity sprung Tranmere into life, and they started to put the pressure on, winning a number of corners as they looked to test the opposition backline.

However, it was the visitors who had the next shot on target, from just outside the penalty area, but Murphy made the save and Tranmere quickly cleared their lines.

Tranmere midfielder Jay Spearing had the first shot on goal from the outside of the penalty box, but his effort was claimed by the goalkeeper with a comfortable low save.

Rovers brought on Otis Khan and eventual match winner Nugent for the beginning of the second half, replacing Keiron Morris and Danny Lloyd.

Tranmere came out with a real urgency in the second period, and had two great openings in the first five minutes, but Khan miscontrolled at a key moment, and Peter Clarke had a header saved.

A lovely flowing move from Tranmere, which saw Feeney and Khan link up, resulted in Woolery putting in a low cross into the box for MacDonald to flick wide.

At the other end, Barrow curled an effort over the crossbar as neither team could find the break through.

However, with 66 minutes played, Tranmere’s second half pressure paid off as a delicious ball into the box was met by the head of substitute Nugent to head home.

Nugent had a second chance minutes later, curling an effort from the left hand side just wide of the post.

A delightful cross from Nugent picked out the run of Lewis, who peeled off his marker to direct a header against the cross bar.

Rovers again should have scored as a corner by Feeney was driven into the penalty area but it deflected off Woolery and he couldn’t connect.

Our next match will be live on iFollow against Forest Green Rovers, and it is available to watch for just £10 on Saturday 1st May, 3pm kick-off. To subscribe, please CLICK HERE.

Our match report is sponsored by MAIN. 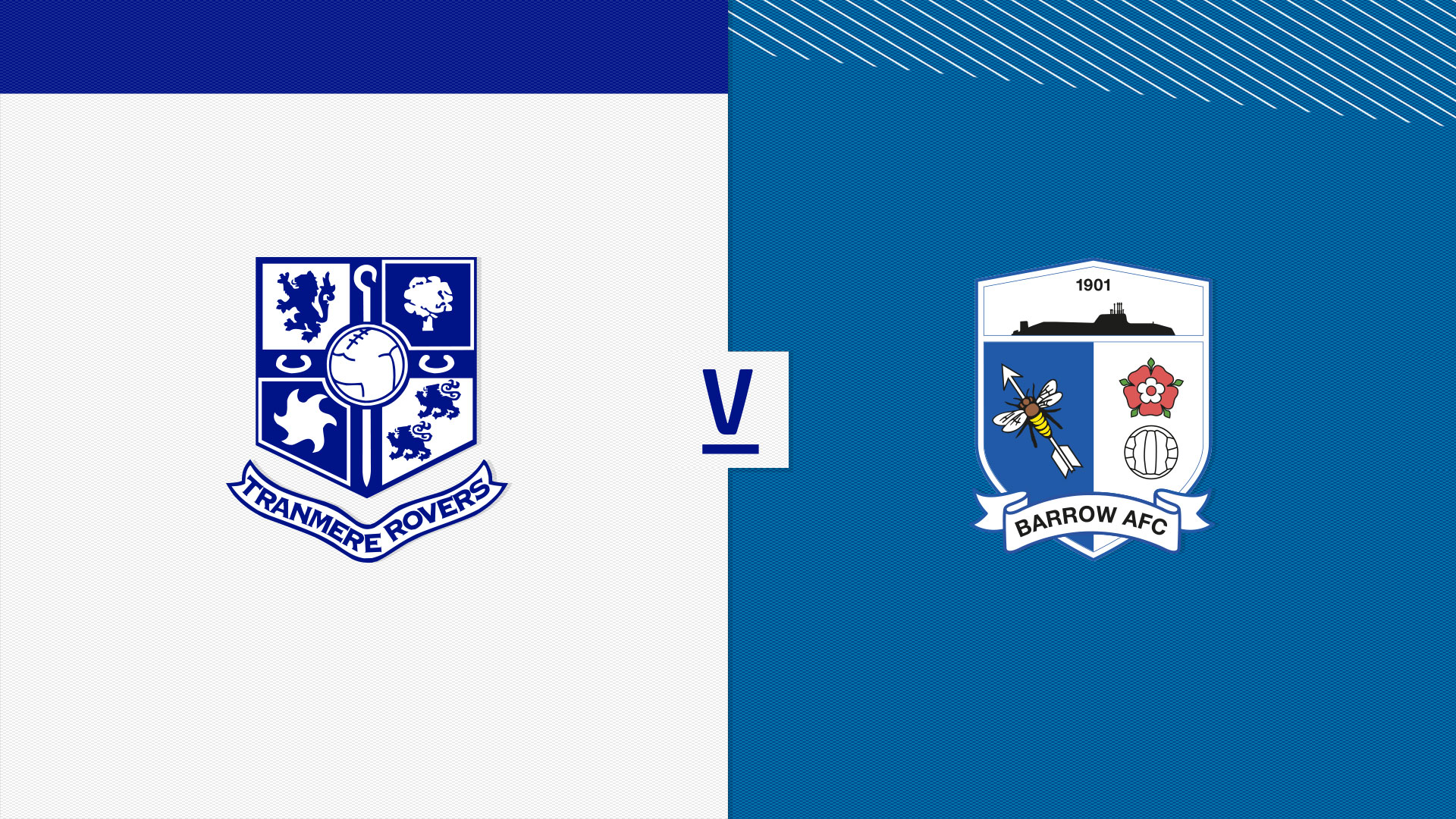 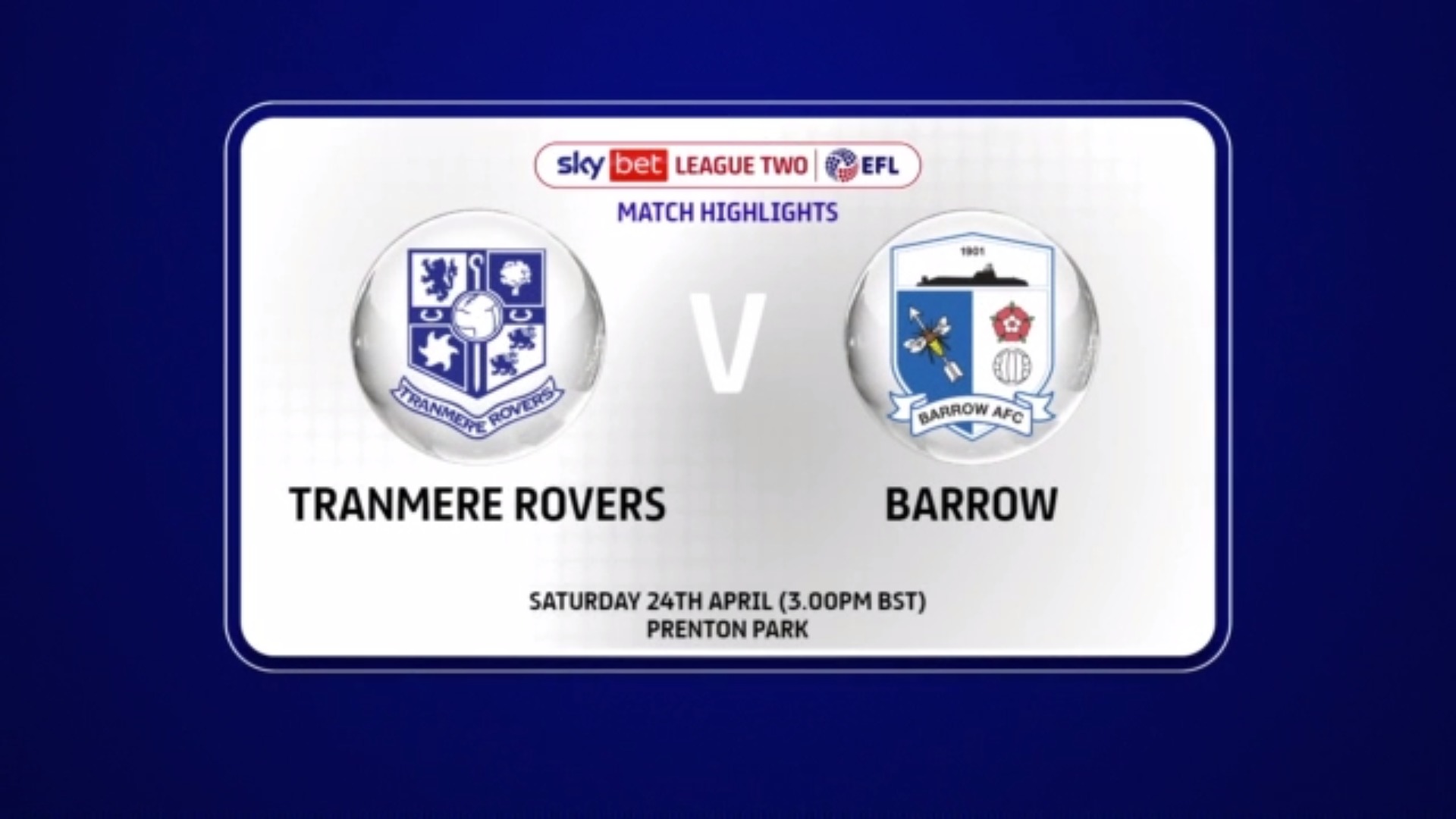 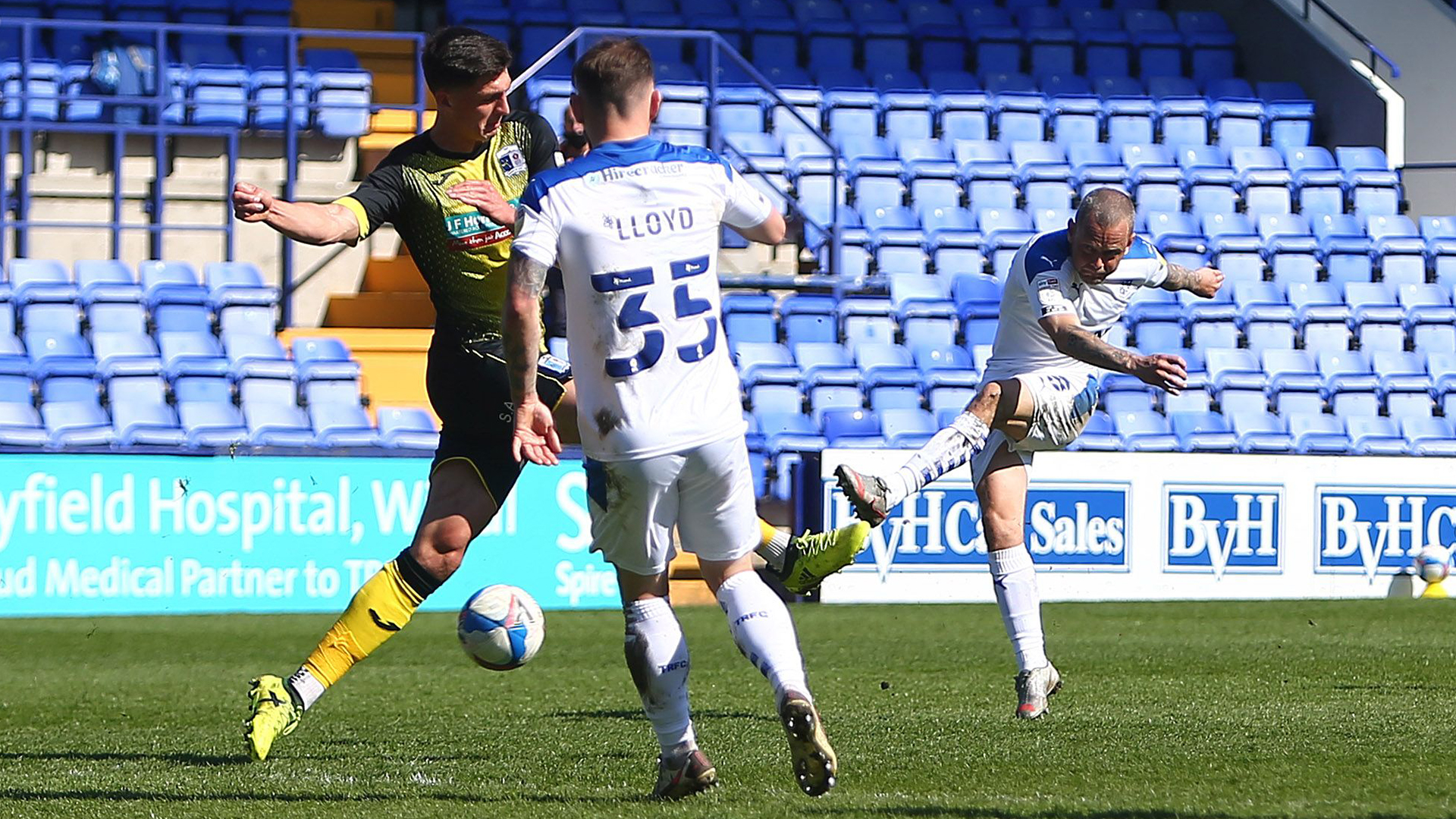