A disappointing afternoon ended in defeat in Gloucestershire against Cheltenham Town on Friday so the lads will be eager to react well this coming Monday.

Keith Hill’s men currently occupy the 4th position in League Two, one point outside of the automatic promotion places.

Cambridge United, managed by Mark Bonner, are flying high at the summit of the league standings. Their last six games have resulted in five wins and one defeat.

The reverse fixture earlier in the season ended in a 0-0 draw with a late James Vaughan goal controversially being ruled out for offside.

James Vaughan and Scott Davies remain the only absentees.

With 29 goals in all competitions to his name this season, Paul Mullin is definitely a player Rovers will need to nulify on Monday.

The striker began his career at Huddersfield Town but it was at Morecambe where got his first taste of Football League action. 25 goals in 122 appearances for The Shrimps caught the eye of Swindon Town who bought him for an undisclosed fee in 2014.

Following one season at Swindon, Micky Mellon persuaded the Scouser to make the move to Prenton Park. Mullin’s appearances in a white shirt were limited due to the fine form of James Norwood in the 2018-19 season. Half way through the next campaign in League One, Mullin made the loan switch to Cambridge United before the season was curtailed.

That move became permanent in the summer of 2020 and Mullin settled in right away at The Abbey. The 26 year old is enjoying the best season of his career so far in front of goal, breaking the Cambridge record for amount of goals in one season. Rovers managed to keep him quiet in the reverse fixture and will be hoping for more of the same on Monday

The TRFC radio team of Phill Wilkinson, Dave Higgins and Rob Edwards will be in place at the Prenton Park to provide live updates on proceedings.

Paul Lewis opened the scoring but Rovers were pegged back in the second half by a Paul Mullin equaliser after a controversial penalty was awarded in the visitors favour.

Manager Keith Hill drafted in Manny Monthe and Danny Lloyd for the game against the table topping U’s.

Corey-Blackett-Taylor also returned to the bench for Rovers, meanwhile, Mullin lined up for Cambridge against his former employers.

In the tenth minute, Tranmere took the lead as a clever through ball by Danny Lloyd picked out the run of former Cambridge man, Lewis, who tucked the ball away against his former employers to give TRFC the lead.

Rovers came close to adding a second when they broke away from the U’s backline but Feeney’s cross was clutched by the goalkeeper.

Tranmere were dealt a tough blow with 20 minutes on the clock as Jay Spearing was withdrawn through injury, Keiron Morris coming on in his place.

A strong hand from Joe Murphy prevented Cambridge scoring an equaliser as Liam O’Neil was unmarked in the penalty area from a left hand side cross.

A wonderful free-kick from Feeney, 30-yards from goal, was pushed onto the crossbar by Callum Burton, to deny Rovers a second just before the half hour mark.

Lloyd had sight on goal to further extend Tranmere’s advantage but he hit across goal to his frustration but more positive signs for TRFC.

The first half concluded with another opportunity for Tranmere, but into the second half, and just before the hour mark, Cambridge scored a controversial equaliser when the visitors were awarded a penalty kick.

Mullin stepped up for Murphy to save the penalty, but he followed up with the rebound to score.

Despite the setback, Tranmere didn’t let the goal knock their confidence and continued to fight to regain the lead on a bitterly cold afternoon at Prenton Park.

Otis Khan cut in from the right hand side to sting the goalkeeper’s palms as Rovers kept on pushing. Meanwhile, David Nugent replaced Woolery and Corey-Blackett-Taylor came on for Lloyd.

Tranmere created a number of half opportunities in the final stages, but the game finished 1-1 as Hill’s men moved up to third place in the league table.

Our next game will take place on Saturday at Scunthorpe United, and the game will be available to watch live on iFollow for just £10. To subscribe, please CLICK HERE. 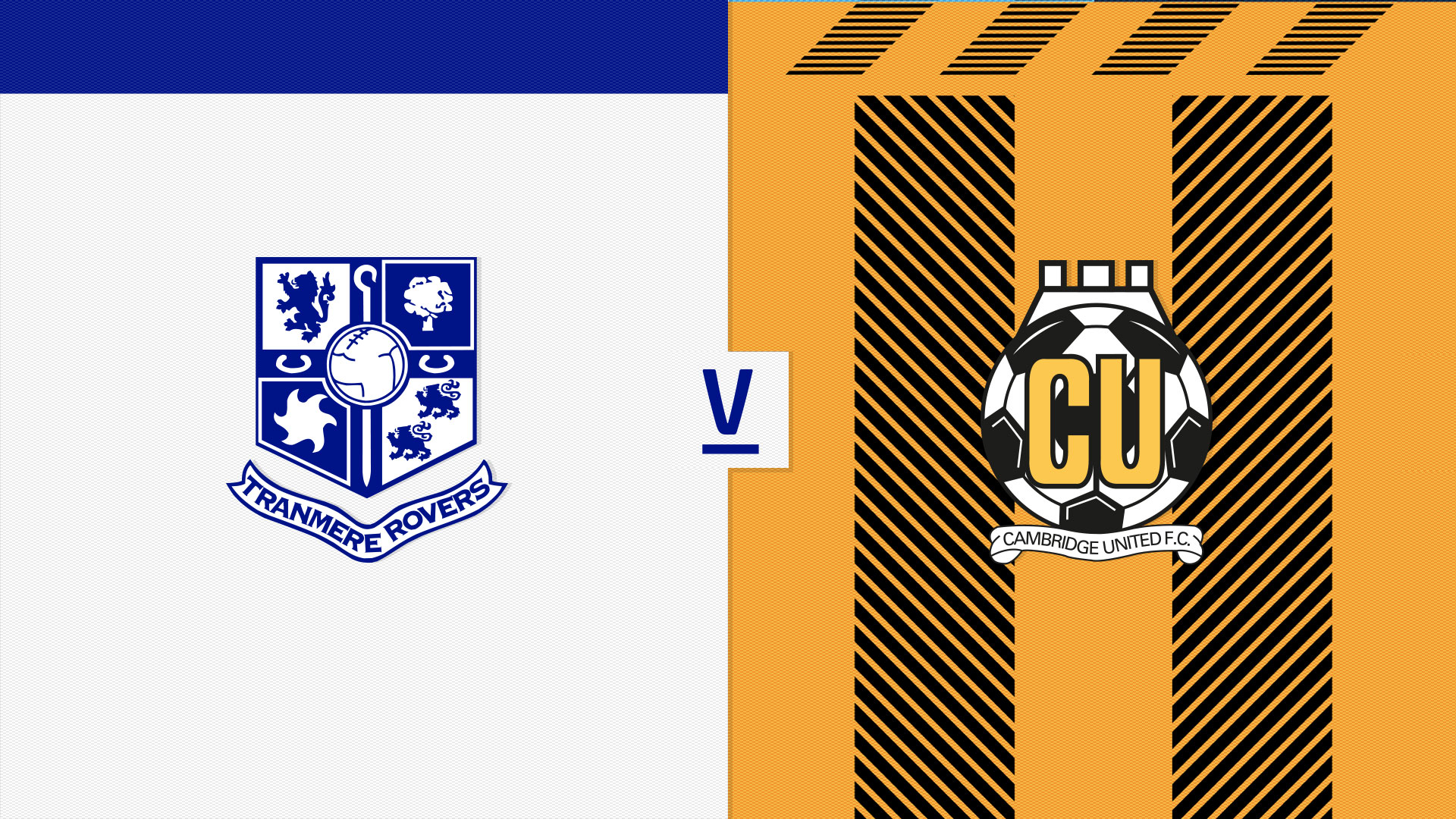 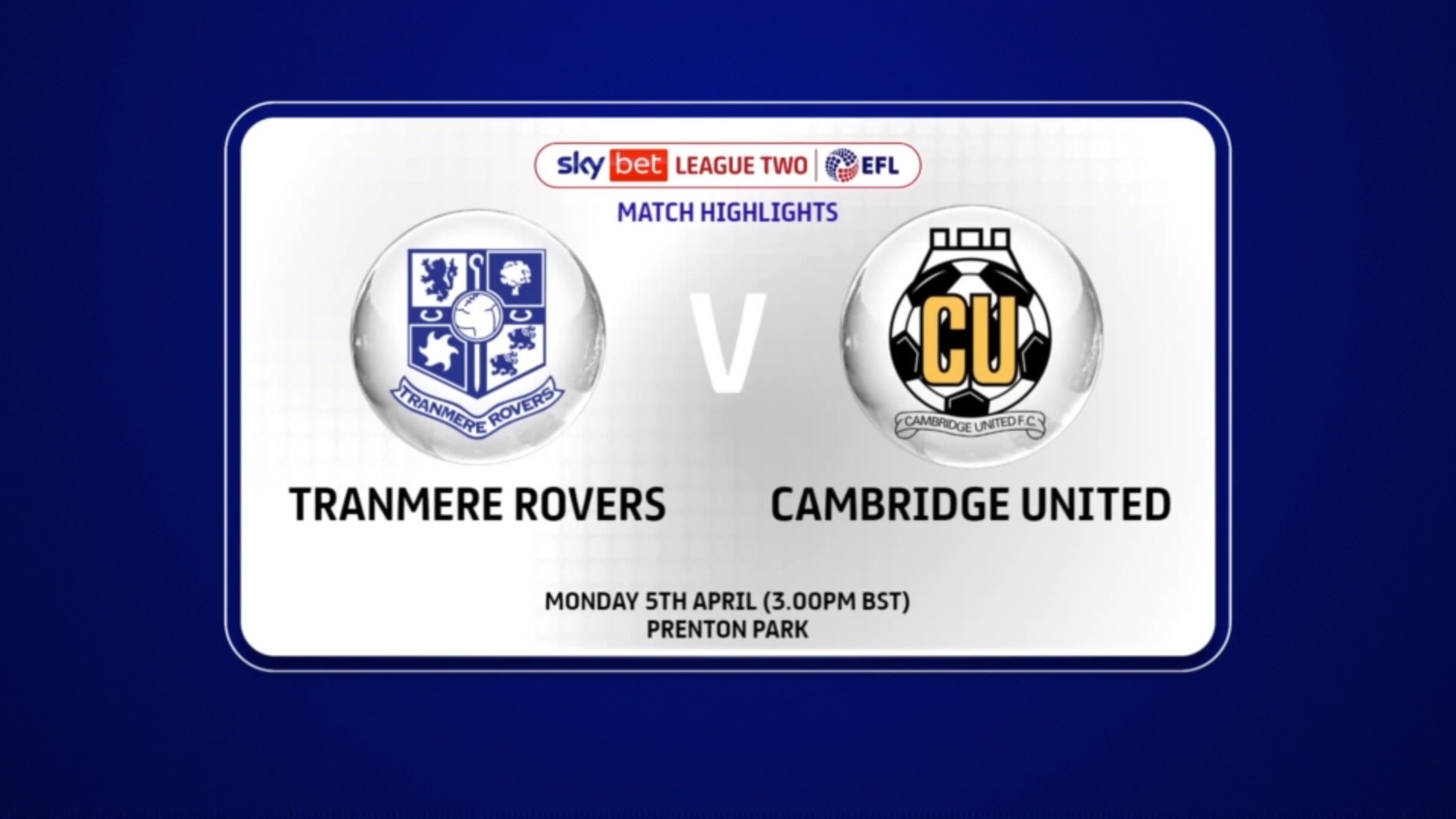 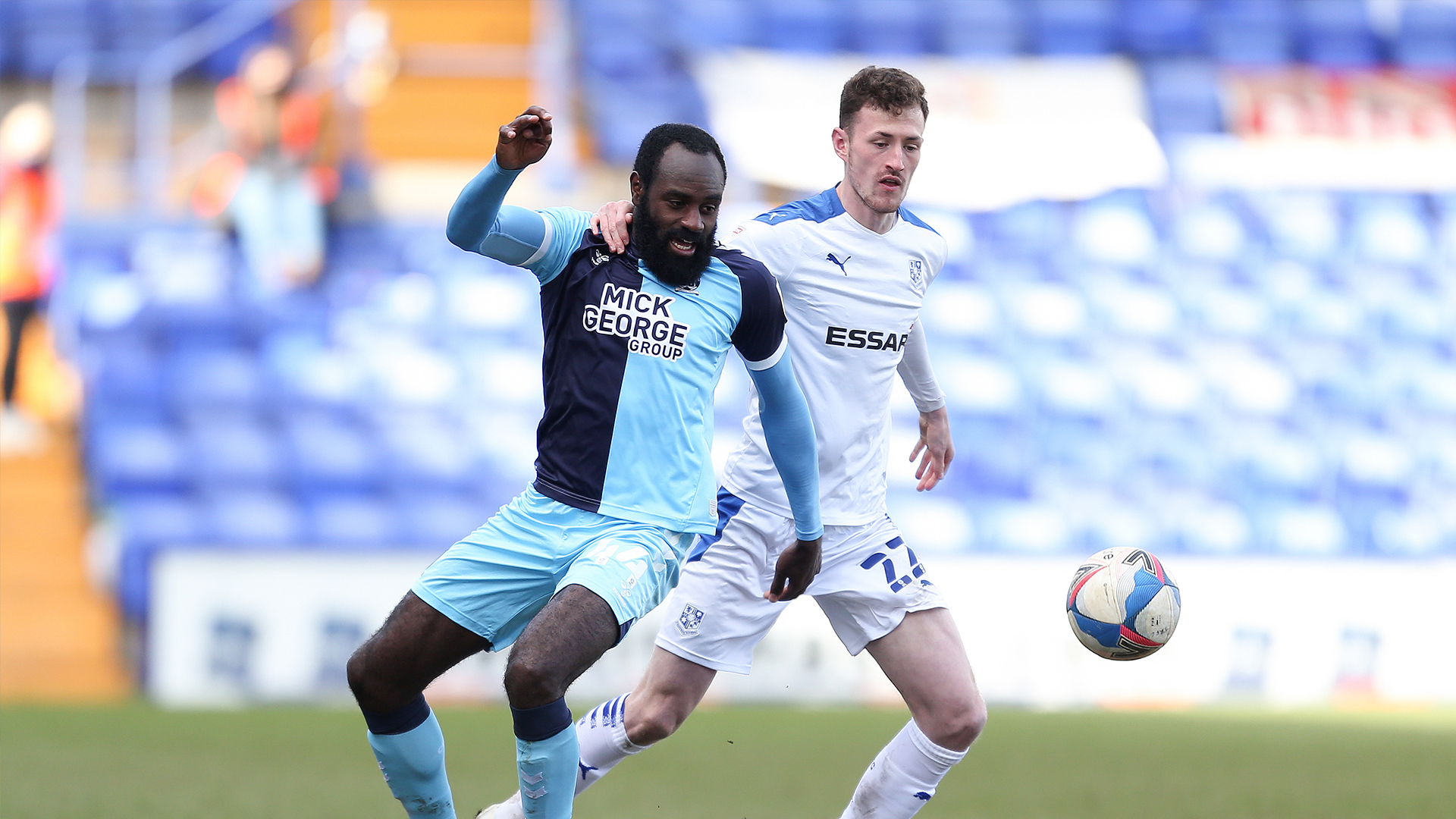