Tranmere Rovers return to league action on Tuesday night with a trip to Boundary Park to face Oldham Athletic in a 7pm kick off.

Rovers approach the game having won six and drawn one in their last seven outings with four consecutive league wins.

Oldham themselves are also in a rich vein of form after three wins on the bounce. Their record in November consisted of six wins and one defeat leaving Harry Kewell’s side 17th in Sky Bet League Two

Lee O’Connor missed Saturday’s Emirates FA Cup game against Brackley with a slight knock. He will be assessed ahead of this one.

Liam Ridehalgh returned to action following a groin injury and he should be fit to be involved.

After being prolific for a number of seasons in non-league for AFC Fylde and scoring 192 goals in 293 appearances, Rowe made the step into the EFL as he signed for the Latics in January of this year.

The 30 year old has been Oldham’s main attacking threat this season alongside Conor Mcaleny upfront. With eight goals so far this season and four goals in his last three games, Rowe will be looking to add to that tally on Tuesday night.

Please note season ticket holders only receive home games automatically and will have to pay to watch this fixture. 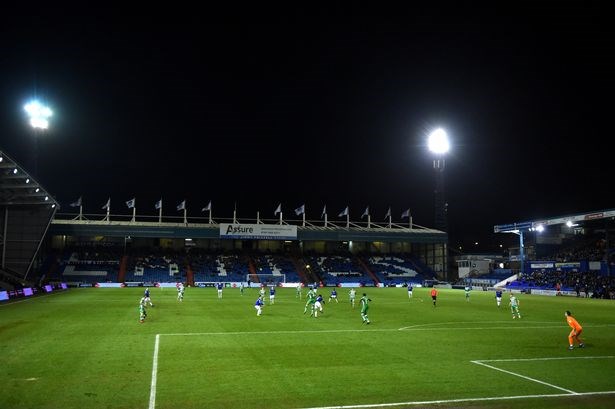 A first half header from James Vaughan made it five league wins in a row with  a 1-0 win at Oldham Athletic.

Rovers controlled the majority of the match without rarely being threatened by the hosts, with Liam Feeney providing the assist with an excellent cross in the 26th minute.

Corey Blackett-Taylor and Morgan Ferrier missed out due to injury and the latter’s partner giving birth last night. Everyone at Tranmere Rovers Football Club wishes Morgan and his partner congratulations on their new arrival.

Lee O’Connor and Paul Lewis stepped into the starting eleven, alongside  match winner from last Friday Kaiyne Woolery as Blackett-Taylor, Liam Ridehalgh and Otis Khan out, the latter two though were in the bench.

The game was slightly delayed as Oldham had to wear their all black away strip, due to Tranmere being in white and blue as the referee, Alan Young, deemed it as a kit clash.

An unlikely source had the first opportunity of the match, Manny Monthe, as he thundered a 40-yard strike over the bar, but it was a good effort from our number six.

Oldham came within inches of taking the lead in the 13th minute as a dangerous cross from Danny Rowe was met by Ben Garrity who flicked a header just wide of the post.

Tranmere were seeing much more of the ball but the Latics were looking threatening when moving the ball forward.

In the 26th minute, Rovers hard work with the ball paid off as they took the lead, when Vaughan climbed above the Oldham defence to meet a delightful cross from  Feeney from the left hand side.

The confidence was flowing through Vaughan and minutes later, he sweetly turned away from Oldham skipper Carl Piergianni but his effort went over the cross bar.

Unfortunately, Woolery’s night ended prematurely through injury, and Danny Lloyd came on in a like for like change for Rovers.

Another fabulous cross from Feeney, this time from a dead ball on the right hand side landed on the head of former Oldham man Peter Clarke’s head, but the centre back sent the ball over Ian Lawlor’s frame.

The half time whistle came with Rovers maintaining their 1-0 lead with a difficult 45 to come in Greater Manchester.

The second half began with both teams tightly contested with Conor McAleny taking strike from range but TRFC skipper Scott Davies was equal to the effort.

Tranmere were looking threatening when moving the ball forward, with Lloyd in particular looking to get behind the Oldham defence on the left hand side.

Rovers nearly doubled their advantage in the 68th minute as Feeney’s free-kick, which was won after Oldham sub Harry Clarke clattered TRFC substitute Lloyd on the left hand side, near the corner flag, was hacked off the line, with TRFC’s Peter Clarke nearly getting a touch.

Rovers’ second change came in the 72nd minute, as Feeney was replaced by Otis Khan, a tireless shift from the Blackpool loanee who got the assist for Vaughan’s first half header.

Khan soon stung the hands of Oldham goalkeeper Lawlor with just over ten minutes to play after an excellent ball from Lloyd released the winger.

Tranmere again came forward with real intent to add a second as Vaughan flicked the ball into Lloyd, but the winger’s shot took a deflection from the right hand side.

The visitors held on to claim a deserved three points at the home of one of the in form teams in the division.

Tranmere will be next in action on Saturday afternoon, 3pm kick-off, when we play host to Walsall. The game will be available to watch on iFollow by CLICKING HERE. 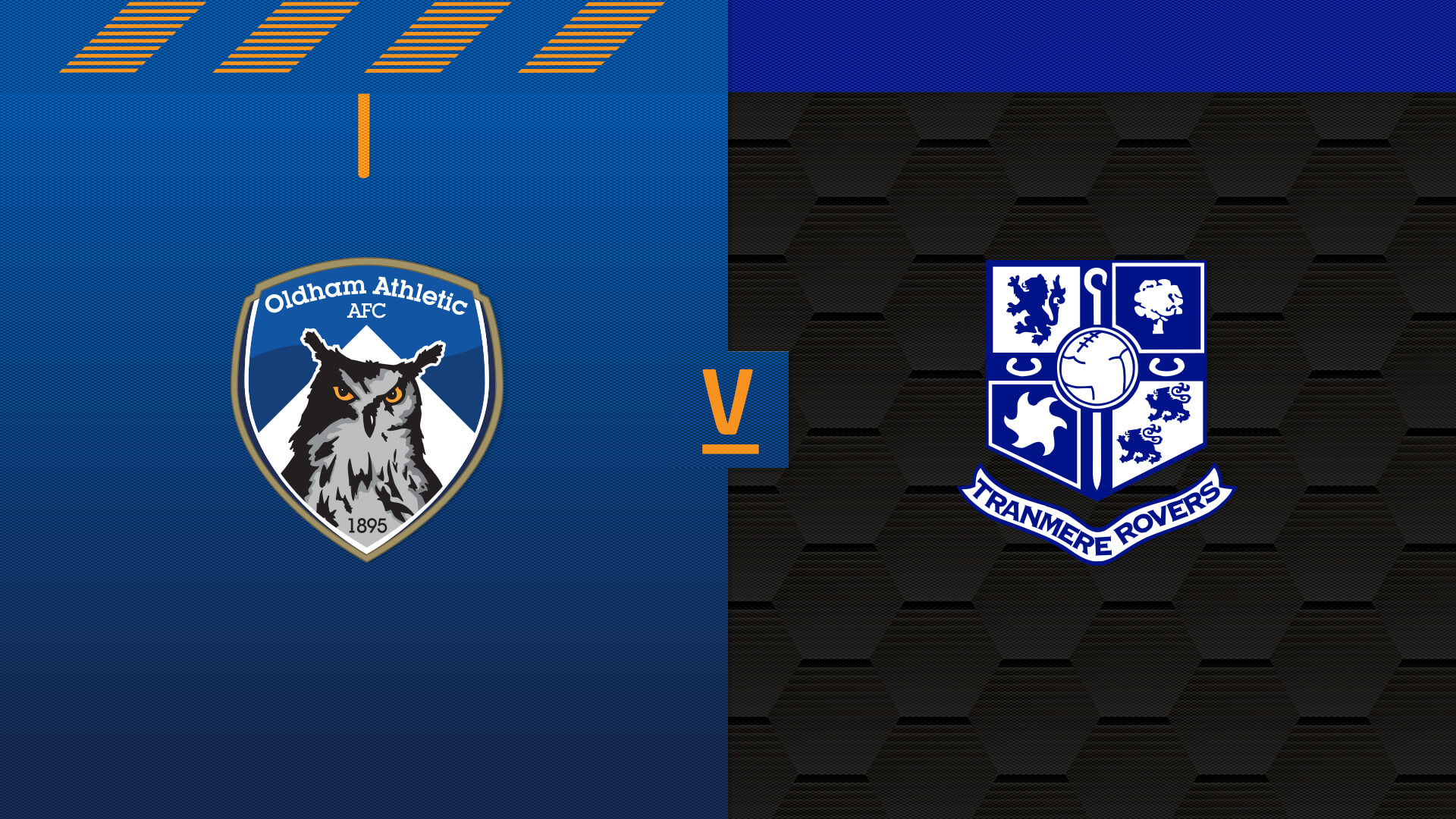 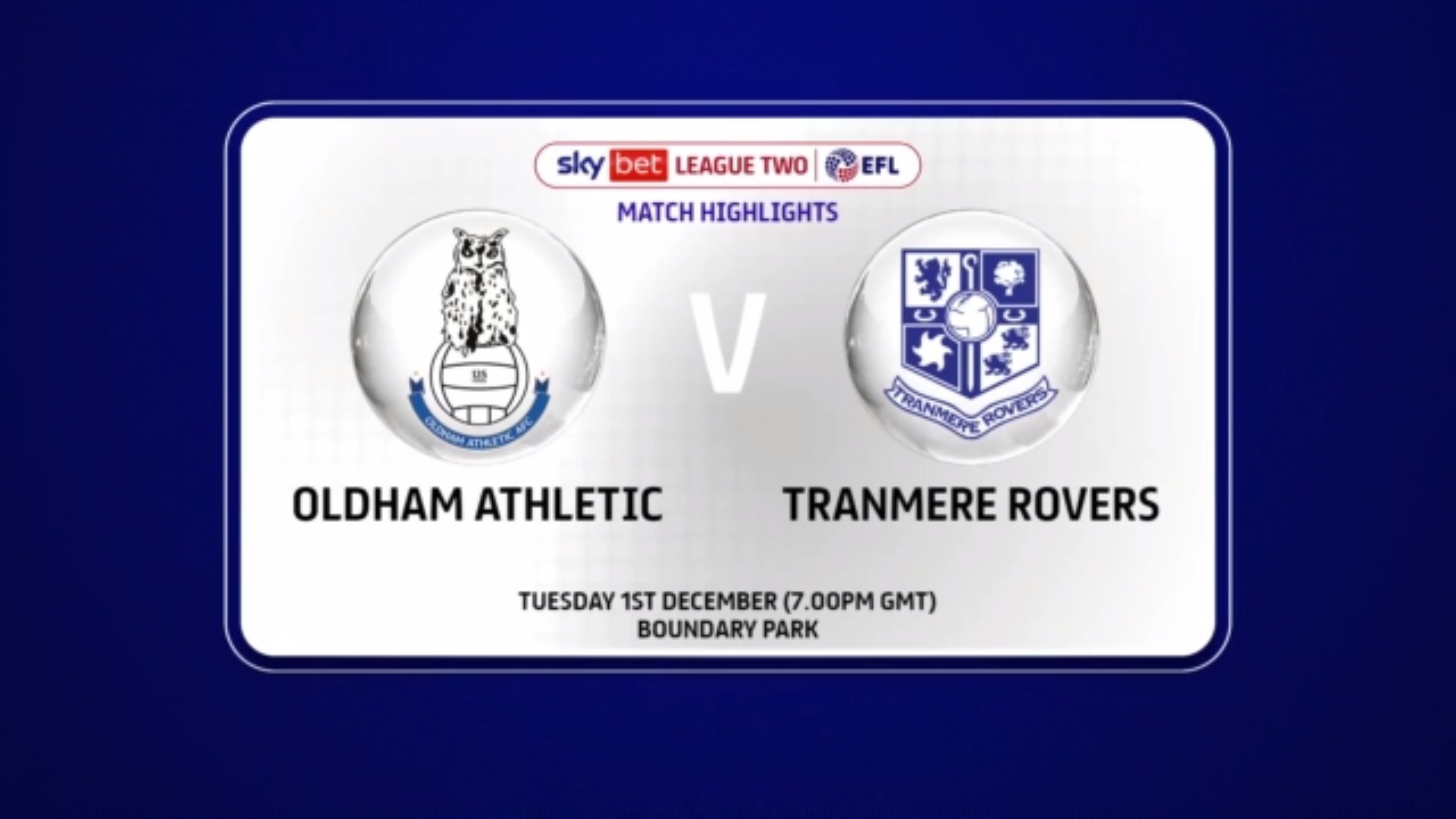 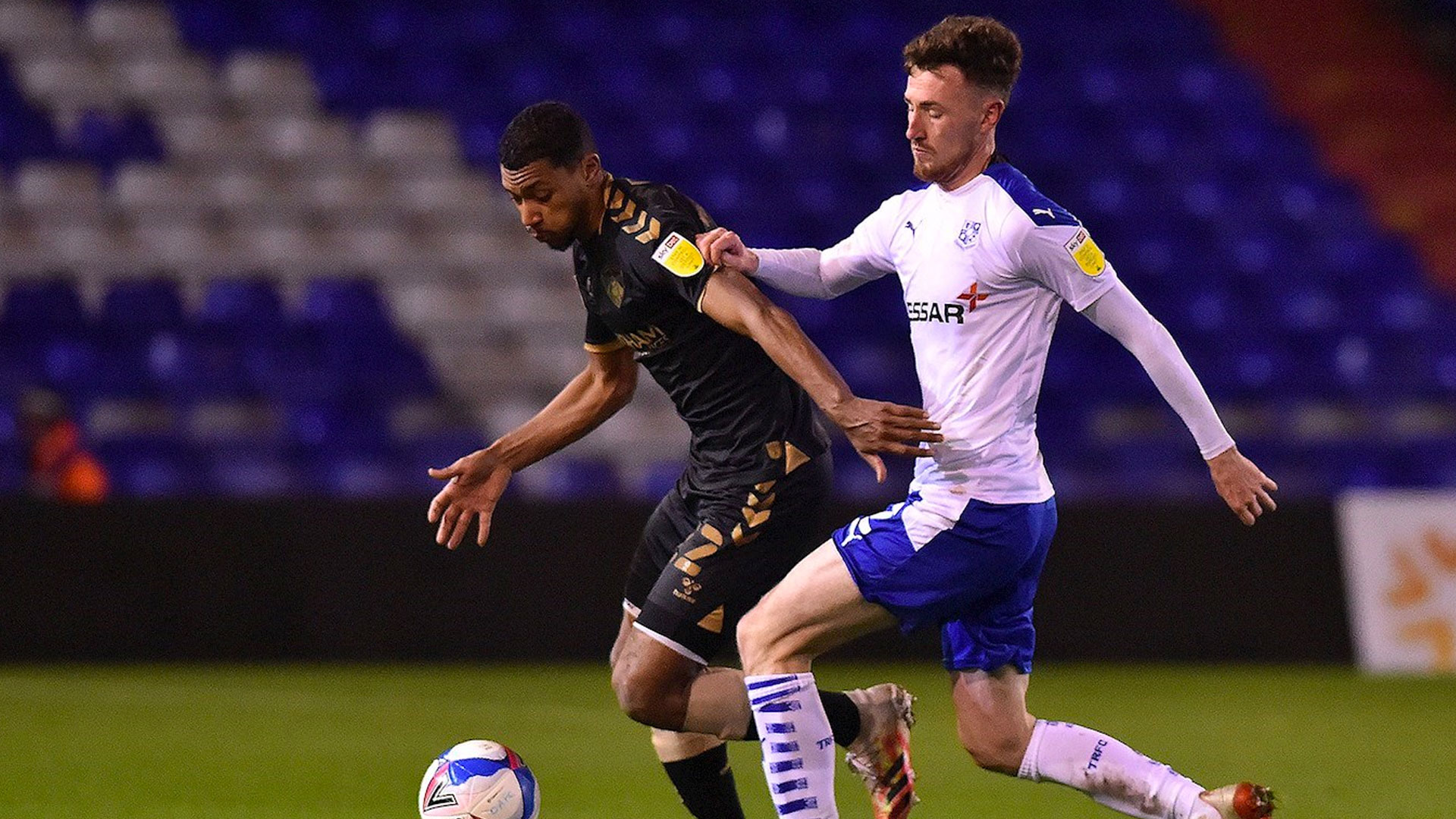