Tranmere Rovers are in Boxing Day action at Prenton Park this Saturday against Bradford City looking to build on a convincing win away at Bolton Wanderers last time out.

Rovers are currently 12th in the league table and three points outside the play offs. Bradford, who are currently under caretaker management, sit 18th in Sky Bet League Two.

At his press conference on Tuesday, Keith Hill didn’t have any new injury problems to report from his squad but admitted that it can change day by day.

Experienced striker Lee Novak joined The Bantams in January this year from Scunthorpe United. The 32 year old made his name with Huddersfield Town as a prolific scorer for the Terriers.

He has played as high as the Championship for the likes of Birmingham City before moving on to Charlton Athletic.

This season, Novak has averaged a goal every other game for Bradford having netted six goals in 12 games including a spectacular overhead kick last time out against Grimsby Town.

Please note season ticket holders who have not been drawn in the ticket ballot will receive this game automatically on their iFollow accounts.

A second half header from Lee Novak ensured Bradford City left Prenton Park with all three points with a 1-0 win against Rovers.

Tranmere had multiple chances throughout the game, including a late chance from sub Paul Lewis, but it was the Yorkshire side who took the points home.

Tranmere Rovers manager Keith Hill made one change from the win at Bolton Wanderers.

Danny Lloyd came in for Kieron Morris, who was named on the bench. Paul Lewis also was on the bench after missing last weekend’s win.

Bradford City had the lion share of possession in the first five minutes, and the visitors had the first chance through former Portsmouth man, Gareth Evans, who blasted over the bar into the Argyle Satellite Kop Stand.

A minute later, Corey Blackett-Taylor didn’t get the right connection on a first sight on goal for Tranmere. A great flick on by former Bantam James Vaughan caught the visitors off guard, but he just missed the target, big chance for TRFC.

Tranmere began to pick up pace and a super strike from Calum MacDonald with his left foot nearly nipped into the far post, but a good save from the goalkeeper denied the Blackpool loan man with Vaughan waiting for the rebound.

An excellent 30-yard strike from Bradford’s number 23 just flew the past as both teams showed their attacking intent in this lively Boxing Day fixture.

Great movement and sharpness by Lloyd made space on the edge of the penalty box, but the midfielder hit it straight down the throat of the goalkeeper.

Tranmere were pushing and Vaughan’s work rate won the ball back inside the opposition half but his cross was just cleared. Minutes later, a Feeney cross was headed by Peter Clarke into the grateful hands of the goalkeeper.

Connor Wood hit a half volley from distance which produced a good save by captain, Scott Davies, minutes before the end of the first half.

A quick break from Tranmere kick started proceedings in the second 45, as Vaughan broke away to find Lloyd. The Liverpudlian cut inside but his shot was wayward.

Five minutes into the second half, Davies, who is only three appearances away from being the fifth highest appearance maker for a goalkeeper in the Club’s history, denied his ex Fleetwood team mate Evans from 20-yards.

Two changes for Rovers saw Morgan Ferrier introduced for Blackett-Taylor and Lloyd was taken off for Morris with 57 played.

Bradford took the lead with 62 minutes gone, as Lee Novak headed home at the front post.

Great hold up play from Ferrier saw the front man turn his man, but the goalkeeper pushed the shot away for a corner.

Third change for Rovers as Young was replaced by Kaiyne Woolery as the hosts looked for a way back into the game.

A massive chance for Rovers as Clarke picked out Vaughan but the goalkeeper was alert to the danger to save.

A fourth change followed with less than five left as Lewis came on for MacDonald and he had a late chance, missing the target from close range.

However Tranmere couldn’t find a way back into the game and the final match at Prenton Park in 2020 finished 1-0 to Bradford. 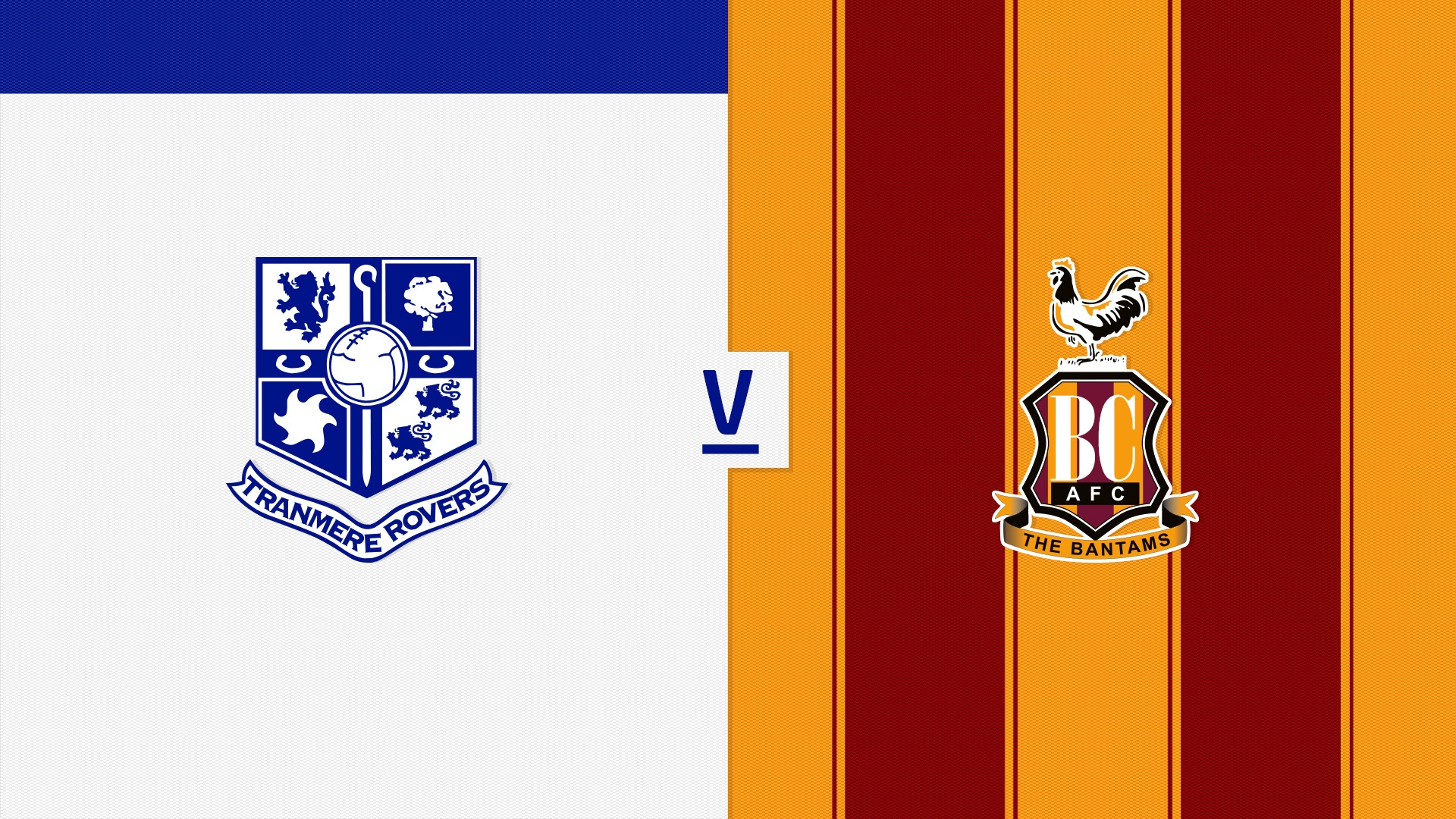 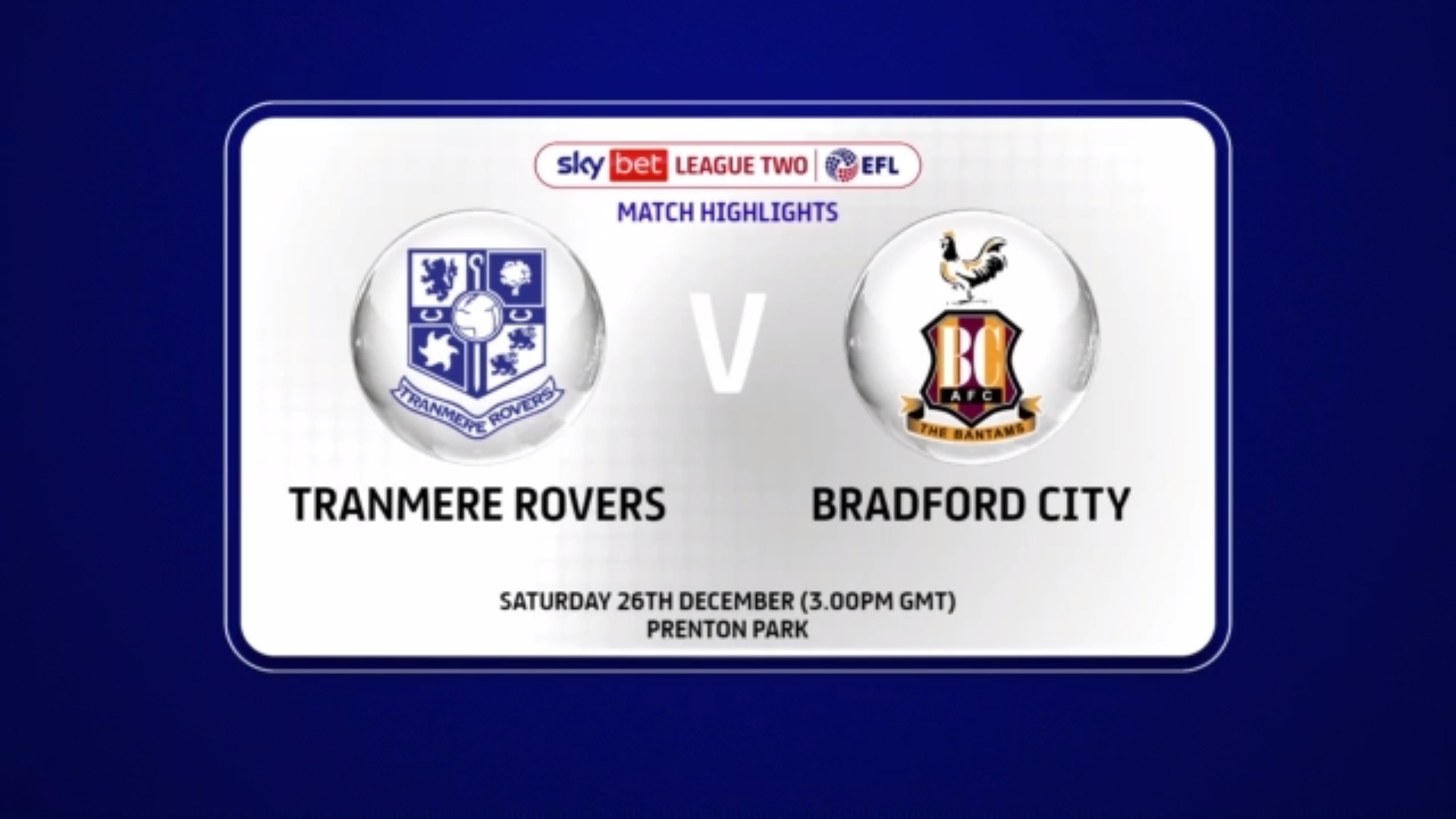 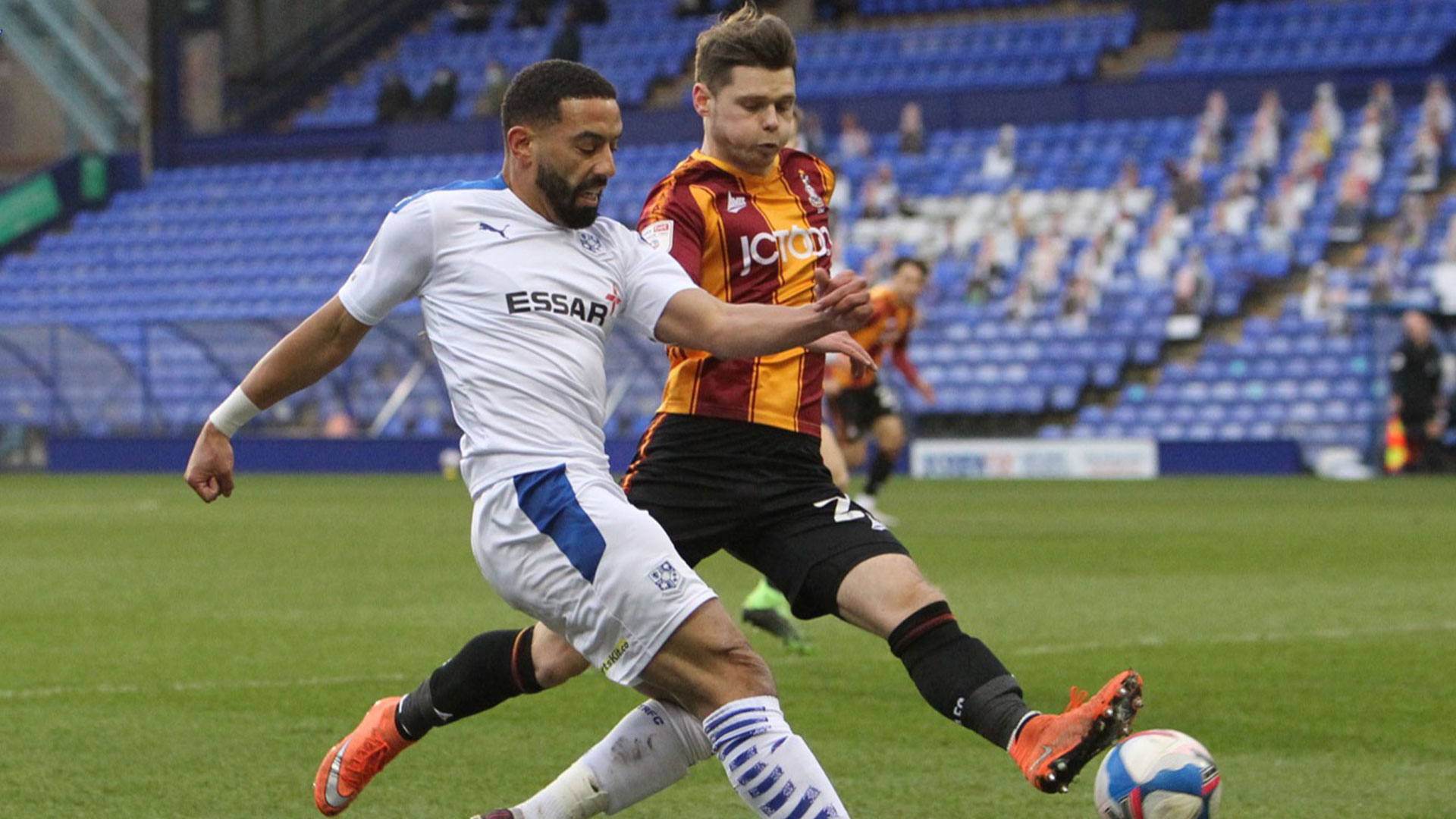