Tranmere Rovers will play in front of the SWA at Prenton Park for the first time since February as Walsall visit Prenton Park on Saturday.

Rovers come into the game having won the last five consecutive league games following a 1-0 win away at Oldham Athletic on Tuesday night and currently sit 8th in the Sky Bet League Two table.

Walsall find themselves 16th in the division having won three, lost three and drawn nine so far this season.

It was confirmed by Keith Hill that Corey Blackett-Taylor will be available for selection after missing Tuesday’s game and Morgan Ferrier could also return to the squad after the birth of his child.

Kaiyne Woolery will be assessed after rolling his ankle against Oldham.

Stefan Payne is the only long term absentee currently.

Recently returning from injury, Josh Gordon finished as top scorer for the Saddlers in the 2019/20 with 12 goals in the season.

The forward suffered an injury in October which kept him out until this month when he scored on his return against Stevenage on Wednesday night from the penalty spot. He has scored three goals in seven appearances so far this campaign.

Please note season ticket holders who have not got a ticket for this game via the ballot, will receive an automatic iFollow match pass for this game.

A Liam Feeney goal midway through the first half wasn’t enough for Tranmere as Walsall won 3-1 to end our eight match winning run in all competitions.

The game saw 2,000 Tranmere fans in attendance, but Walsall claimed all three points on a cold afternoon in Wirral.

Walsall were here to spoil a party at Prenton Park and they had two fabulous opportunities within the opening four minutes to take the lead.

Rory Holden had both chances, his first effort was saved well by Scott Davies, his second cleared off the line by Peter Clarke.

Tranmere composed themselves and started to grow in confidence, with the home support behind the lads for the first time during 2020/21 campaign.

An excellent passage of play resulted in a cross from the right for Paul Lewis to direct a header over the bar.

Walsall went into the lead with 18 minutes on the clock as Elijah Adebayo side footed home from close range.

The visitors were the team more threatening and they had a couple of half opportunities after the opener, as Tranmere looked to pick themselves up after going behind.

However, Rovers drew level just past the half hour mark as Feeney curled the ball into the far corner from the edge of the box, to send the 2,000 fans inside the stadium into celebration.

Captain Davies made an incredible save just before half time to deny Walsall the change to regain the lead, as a header was destined for the corner, but our number one parried away to safety.

Walsall, as they did at the beginning of the second half, stunned the home support as Wes McDonald curled the ball into the top left hand corner, after cutting in from the wing.

Minutes later, Davies was called into action again as he pushed over a free-kick from McDonald.

Davies was maintaining the deficit stayed at just one goal with another fine stop to deny the Saddlers from close range.

A free-kick from Feeney was whipped in just before the hour mark as Peter Clarke glanced a header just wide.

Tranmere made three changes to try and get an equaliser as Danny Lloyd, Kaiyne Woolery and Morgan Ferrier replaced Vaughan, Blackett-Taylor and Paul Lewis with just over 25 minutes to play.

Walsall again hit the cross bar as they were having  a lot more chances on goal compared to the hosts, despite Tranmere having the lion share of possession.

The Saddlers went 3-1 up from a corner, as it was knocked home by Dan Scarr to put Walsall on the verge of three points.

The fourth change for Rovers saw Otis Khan replace Keiron Morris as Tranmere looked for a way back into the game.

However, the visitors held on for the win and claimed all three points as Tranmere now move onto Tuesday’s match at vs Man City U21s.

The report is sponsored by MAIN 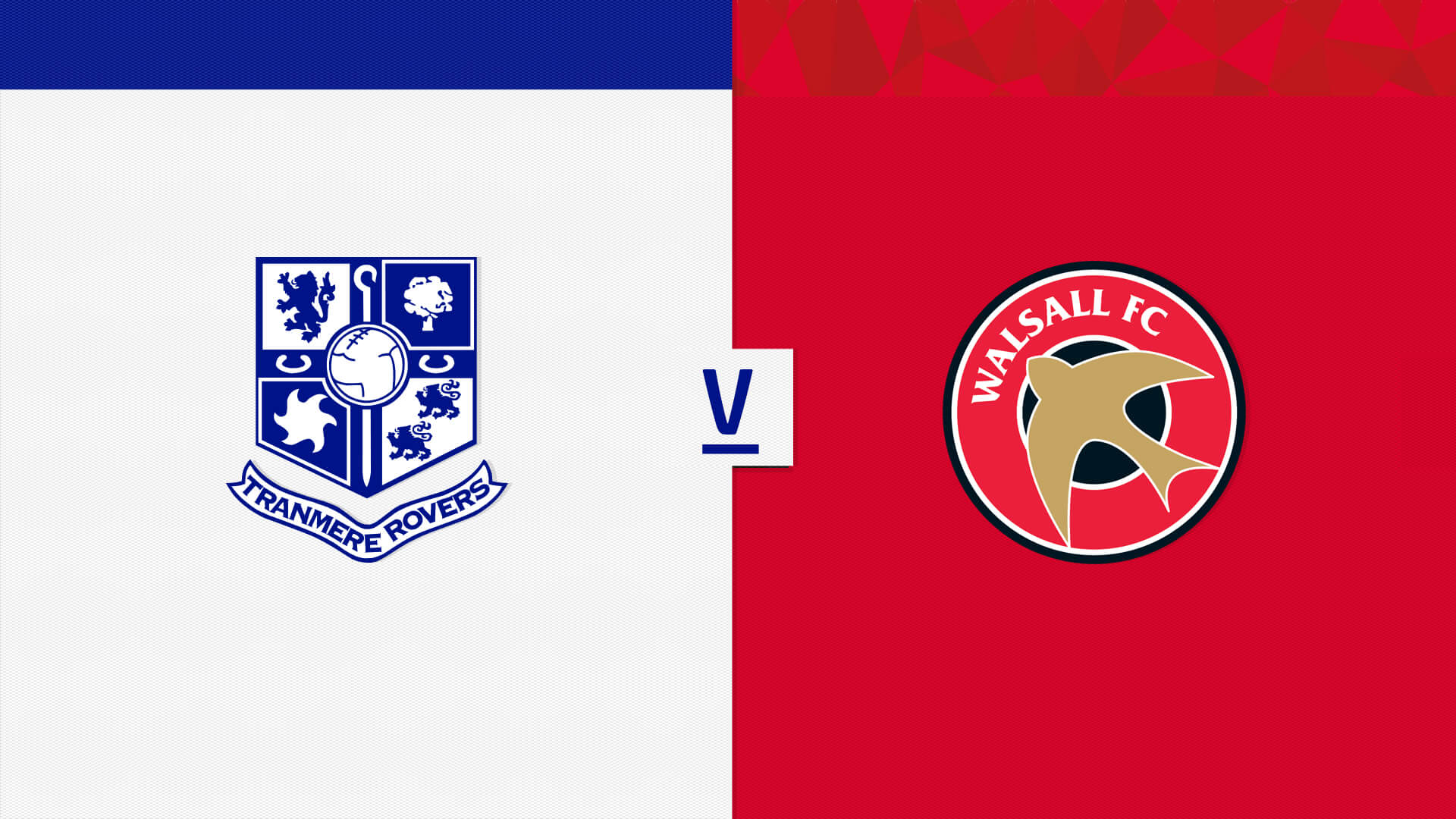 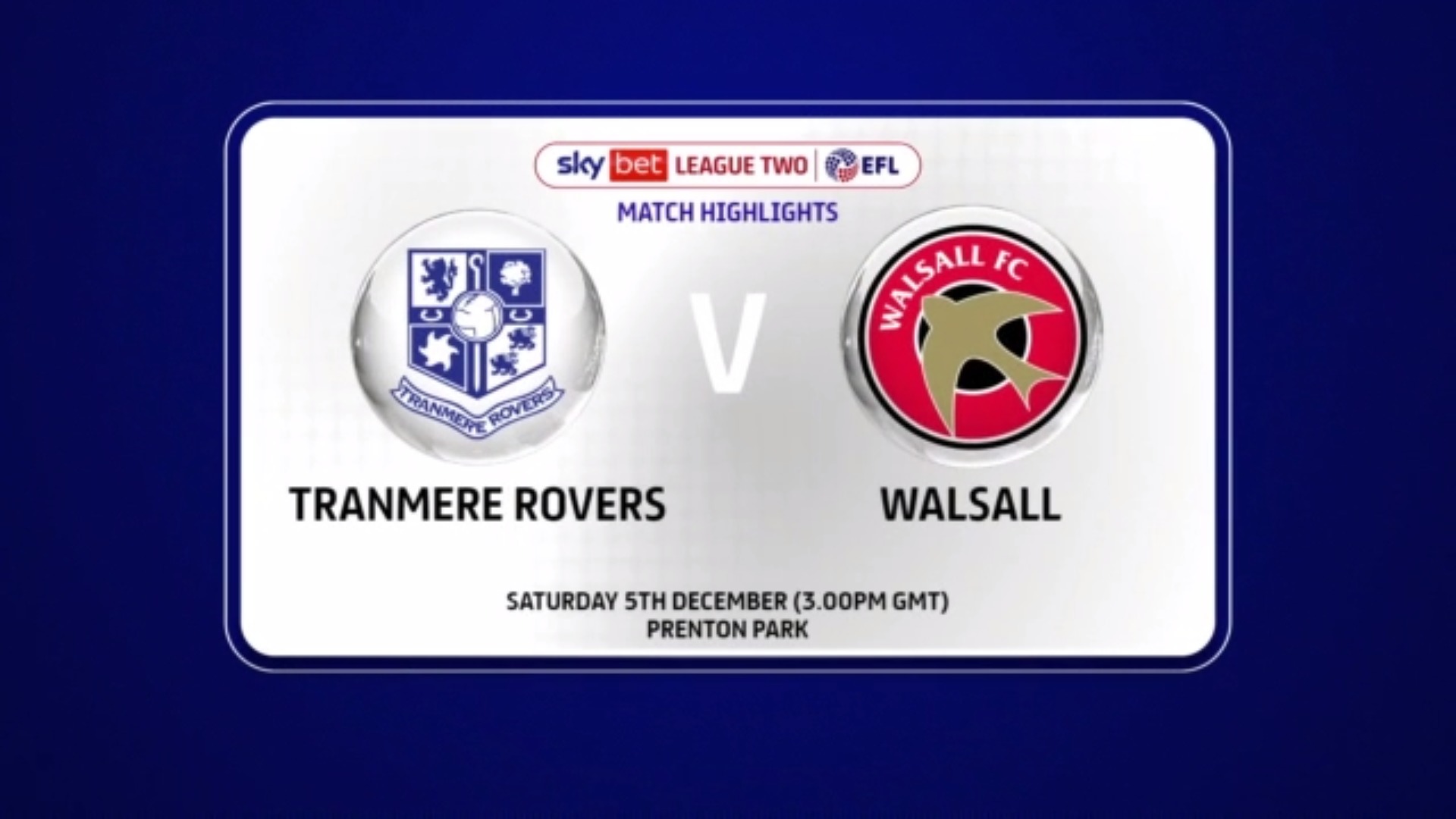 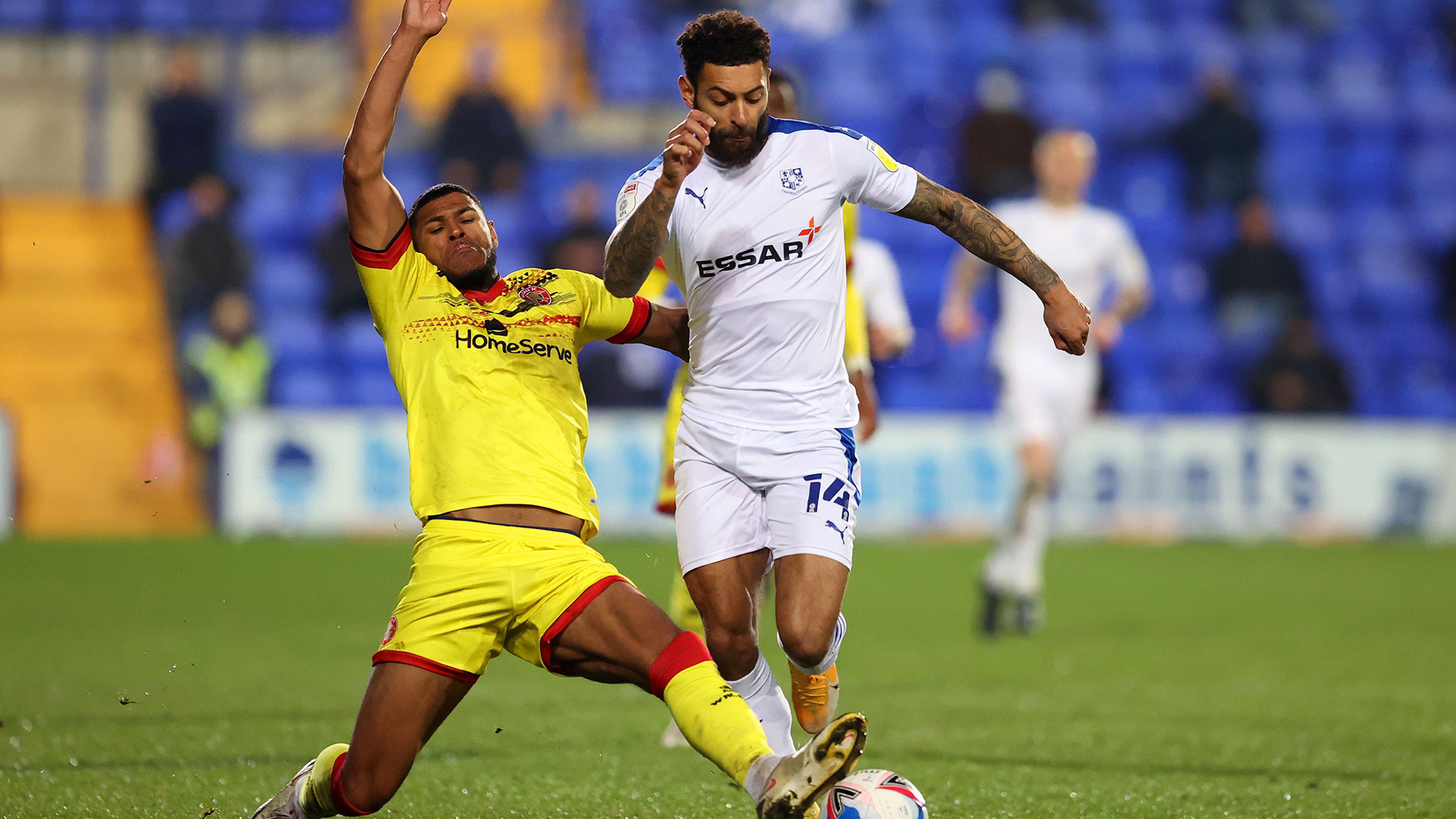