Tranmere Rovers are in action at Prenton Park again this Saturday as Port Vale are the visitors to the Wirral.

Rovers come into the fixture unbeaten in the last seven and having won the last five games in all competitions. Keith Hill’s men currently occupy the 5th spot in Sky Bet League Two and are one point off the automatic positions.

Port Vale, who are managed by interim manager Danny Pugh, have won two, lost three and drawn one of their last six games and sit in 15th position in the division.

The last time the two sides met, Kieron Morris’ last gasp strike was the difference in a dramatic 4-3 win for Rovers at Vale Park.

Keith Hill has reported that as of Thursday, there are no new injury or Covid-19 concerns within the squad.

Fresh from scoring four goals in his last three games, Rodney will be coming into this one full of confidence and in the hunt to add to that tally.

The 22 year old began his professional career at Hartlepool United and appeared 45 times for Pool in the 2017-18 season, netting four times.

In the summer of 2018, Rodney signed for Salford City for an undisclosed fee. Rodney didn’t hit the ground running at the Peninsula Stadium and was subsequently loaned out to Halifax and Stockport County, two clubs at which we found his goalscoring form again in the short time that he was at those teams.

In July 2020, Rodney was snapped up by Port Vale and handed a three year contract at Vale Park, a decision that so far is paying off for the Valiants as the striker has netted ten times so far in all competitions.

The strong and quick forward will need to be kept quiet if Rovers are to pick up maximum points at Prenton Park this weekend.

Tranmere Rovers' winning run in League Two continued with a 3-1 triumph at home to Port Vale. A brace from top goal scorer, James Vaughan, and an excellent goal from attacker Kaiyne Woolery sealed the points for Keith Hill's men. Port Vale made it 2-1 before half time, but overall, it was a contest TRFC controlled throughout.

Tranmere Rovers made one change from the win at Morecambe last weekend, with goalscorer from midweek, Danny Lloyd, coming in for Nya Kirby.

Strong play from Kaiyne Woolery kicked things off for Tranmere as he shielded the ball from the visiting defence but a cross-cum-shot was wayward and over the bar.

An excellent ball into the box just before the quarter hour mark saw Lloyd smash the cross bar after an initial header from Peter Clarke.

Rovers in the blink of an eye as a world class pass from deep inside his own half by Jay Spearing picked out the run of Woolery, who raced through on goal and calmly slotted home to put TRFC ahead with 17 played.

The hosts started controlling possession after the goal, with Port Vale limited to very few half chances, as we dictated the tempo.

It was a quiet opening 30 minutes for Vaughan but the lethal striker was waiting for his first opportunity on goal of the game, and when it came, our top goal scorer delivered.

Turning sweetly, Vaughan took the ball away from his marker and smashed into the far corner, an excellent finish to make it 16 for the campaign.

The hosts were playing beautiful football, and patience from Otis Khan as the attacking full back held onto the ball until he spotted Vaughan’s back post run, as our number nine was denied on the half volley by Vale shot stopper Scott Brown.

Against the run of play, Jake Taylor pulled a goal back as an effort from the edge of the box got past Spearing and Scott Davies.

The second half kicked off with an excellent save from Brown to deny Vaughan, whilst at the other end, Davies made an important shot to deny Cristian Montano from the left channel.

Vaughan restored Tranmere’s two goal advantage as Feeney and Lloyd linked up with a nice one two, with the former having a shot saved by Brown but the lethal Vaughan was on hand to volley home the rebound just before the hour mark.

Rovers calmly saw out the remainder of the match, with the result not in doubt, with another assures performance by Hill’s men.

Tranmere made their first change in the 87th minute as Lloyd came off for Kieron Morris. The second change saw Lee O’Connor come on in added time for Feeney.
Woolery, who scored in added time in the reserve fixture, nearly did the same this time around, with the game’s last chance, as he turned his marker inside out and forced another excellent save from the goalkeeper. The win sealed Tranmere's sixth win in a row in all competitions.

Our next game will be on Tuesday 9th February, 7pm kick-off against Stevenage. The game will be available to watch on iFollow for just £10 by CLICKING HERE. 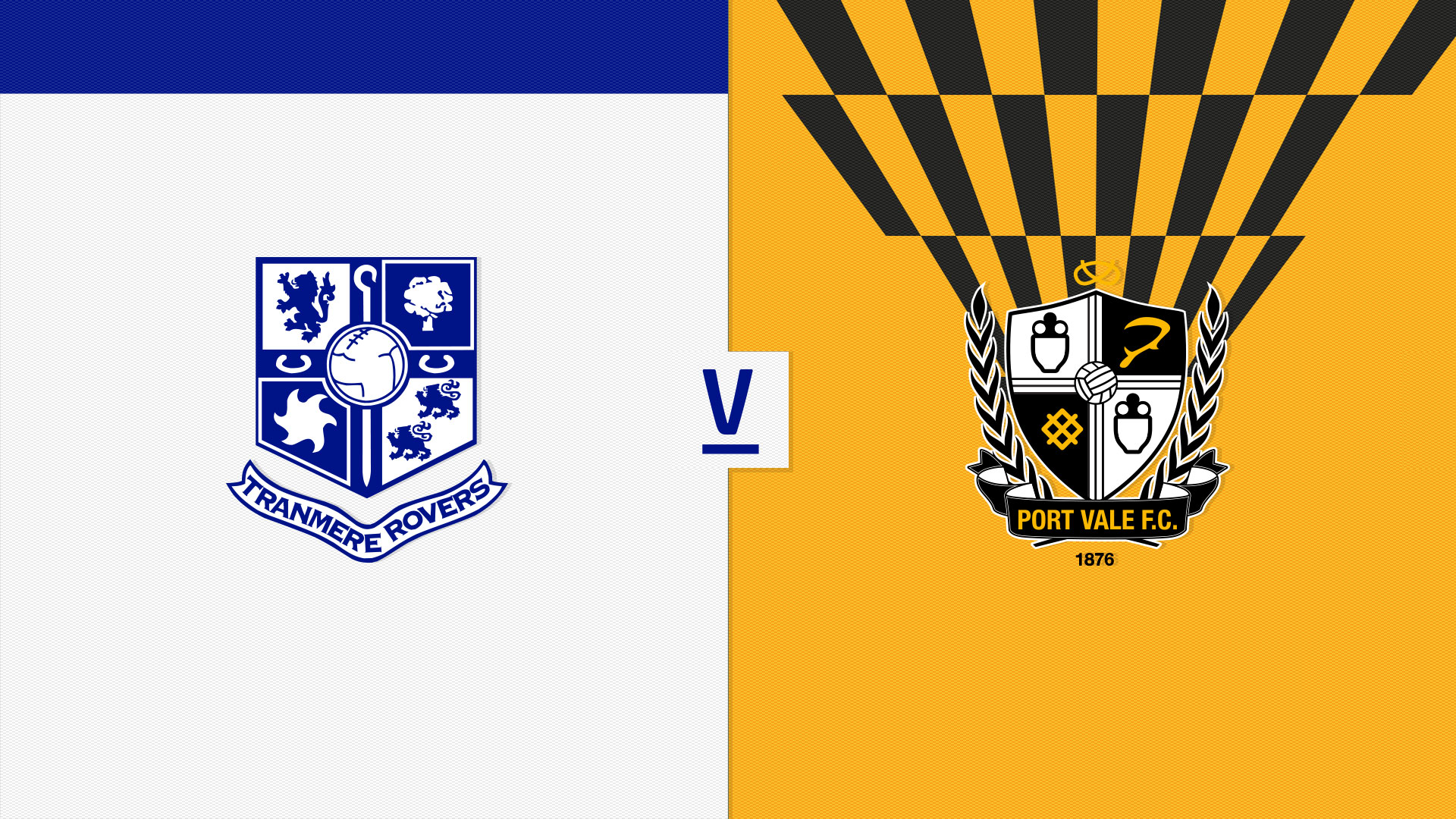 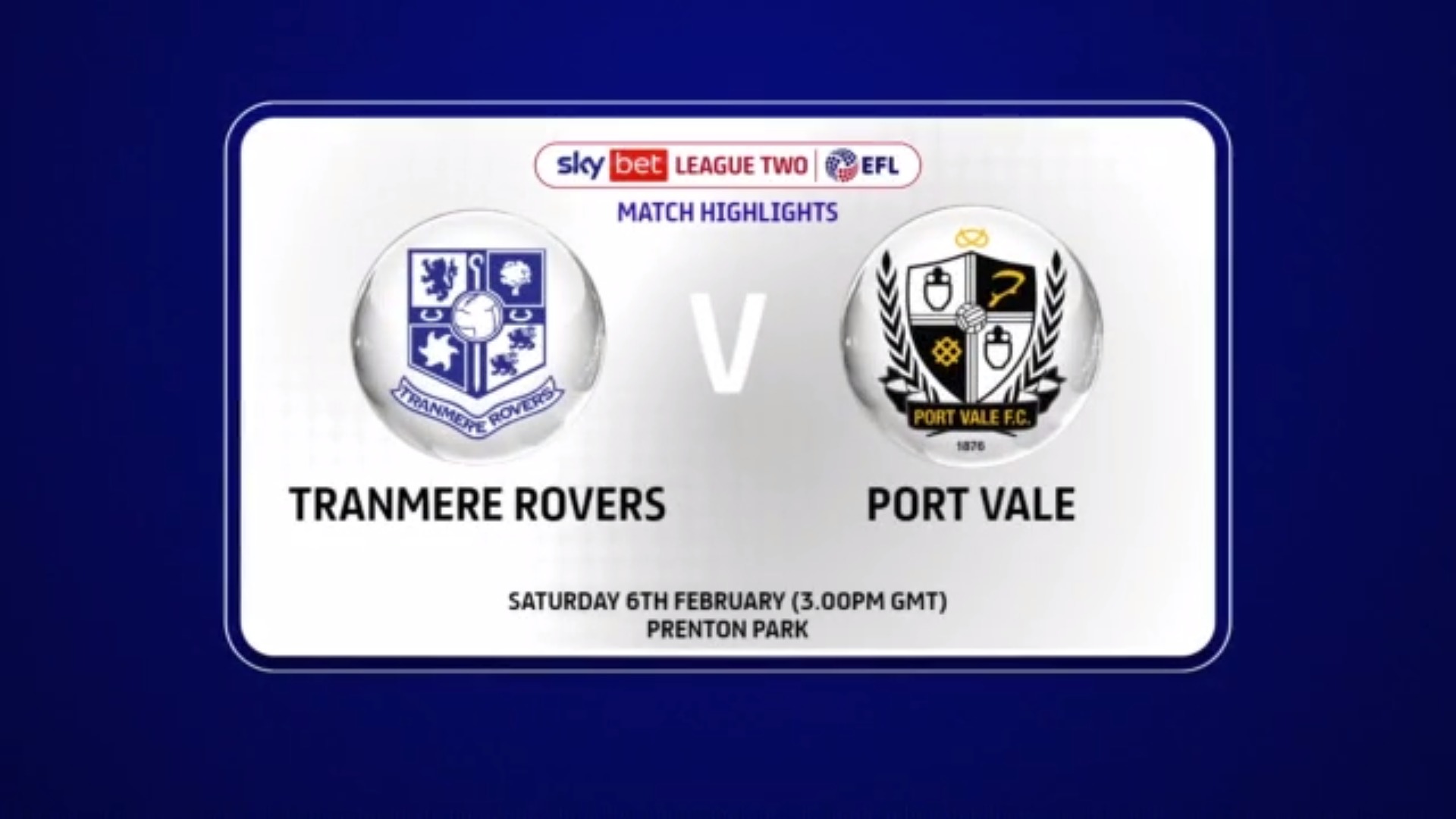 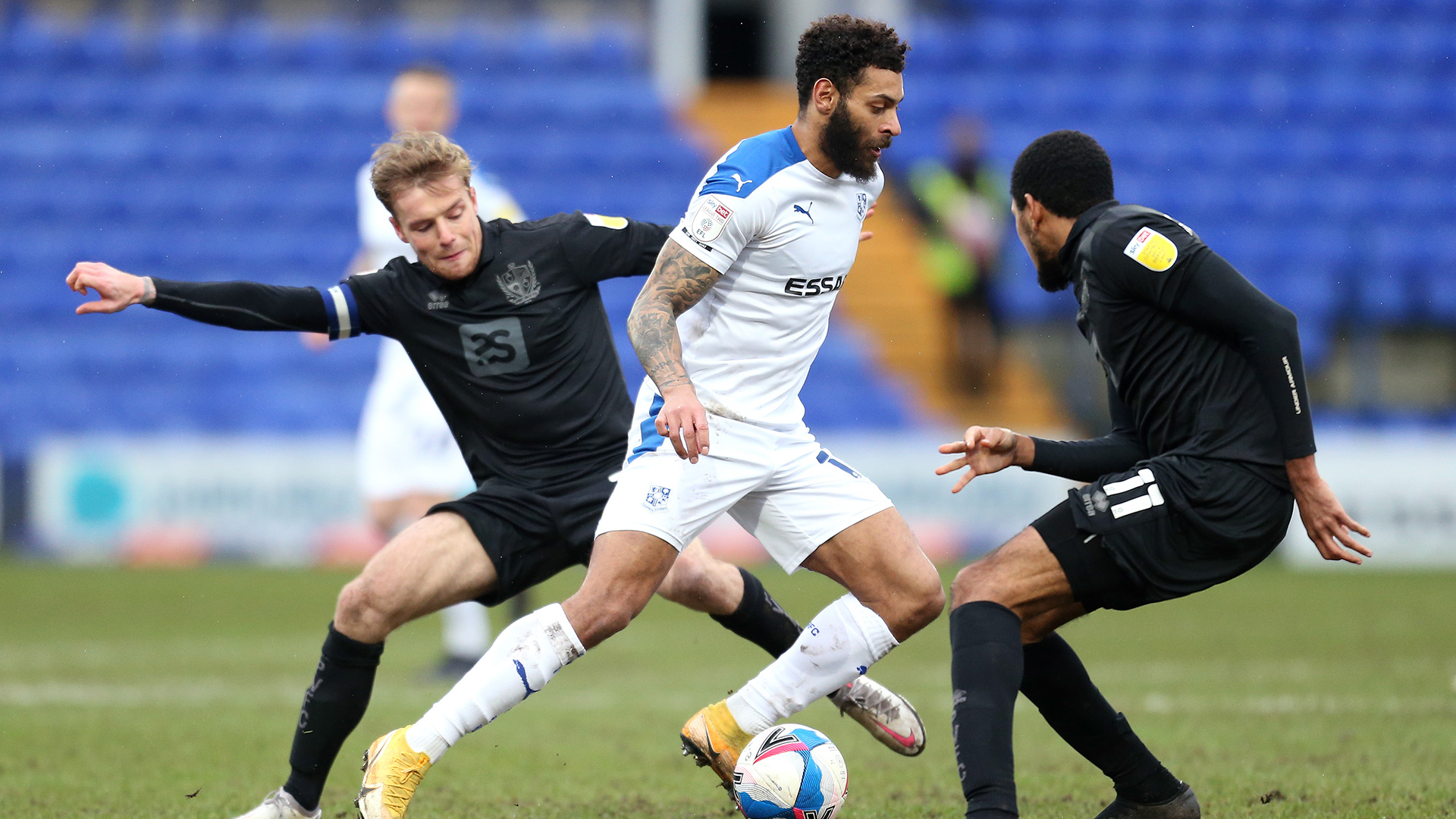