Tranmere Rovers travel to the Mazuma Stadium on Saturday looking to make it four wins in a row.

Rovers come into the game off the back of three straight wins at Prenton Park against Forest Green, Bolton and Harrogate. Keith Hill’s men sit in 8th position, outside of the play offs on goal difference and three points behind Morecambe in the automatic promotion places.

Morecambe themselves are in a rich vein of form and occupy third place in Sky Bet League Two and have won four, drew one and lost one in their last six games.

Keith Hill will discuss the latest team news in his Friday afternoon press conference which will be available to watch here.

On loan from Burnley, Phillips has already reached double figures for goals from midfield in all competitions this season and was nominated for September’s Sky Bet League Two Player of the Month Award.

The 22 year old will be looking to cause a threat from midfield on Saturday and add to his already growing goals and assists contributions for The Shrimps including two goals in his last two games.

The TRFC radio team of Phill Wilkinson and Adam Siddorn will be in place at the Mazuma Stadium to provide live updates on proceedings.

Tranmere Rovers made it four league wins on the spin as Kaiyne Woolery's second half header was the decisive moment in a 1-0 win at in form Morecambe.

The winger scored the winning goal in the 74th minute after constant second half pressure against a Shrimps side which had ten men after an off the ball sending off for Yann Songo’o. Morecambe also missed a first half penalty but Rovers showed real determination to secure an important three points.

Rovers made one change from the win vs Harrogate Town as Nya Kirby came in for his first start, with Danny Lloyd dropping to the bench.

Within the first two minutes, the Shrimps gave Rovers a real scare when a scramble in the penalty area was prodded goal wards by a home shirt, with a shot creeping wide.

After the hosts first opportunity, Tranmere began to grow into the match and showed threat moving forward as they looked to put a strike on goal.

It was proving to be a tight affair between two of the in form teams in the division. Morecambe we’re enjoying the majority of the ball but in the opening 25, not testing Scott Davies, whilst Tranmere showed signs of threat but lacked the final pass to cause the opposition goalkeeper concern.

The best chance to Rovers fell in the 28th minute as nice build up play saw Otis Khan swing an inviting cross from the right for leading goal scorer, James Vaughan to connect with a diving header wide of the post.

The chance by Vaughan gave the visitors some momentum and, like he did against Forest Green, Peter Clarke tried his luck from 30 plus yards, and the shot had the same outcome, whistling just wide.

In the 37th minute, Morecambe were awarded a penalty when Jay Spearing blocked a Cole Stockton shot, but the referee pointed to the spot for hand ball.

Up stepped Adam Phillips, and the Morecambe man blazed the ball over the bar and a huge let off for Rovers.

Vaughan was again the danger man for Tranmere at the other end, hitting wide from just outside the penalty area after good build up play once again.

A controversial moment just before half time as Songo’o was handed a straight red card for an off the ball incident.

Rovers made a change at the restart, with
Lloyd coming on in place of Kirby against the ten men hosts.

Morecambe had the first chance of the second period when former TRFC frontman Cole Stockton was left in space and hit over the bar.

Tranmere were seeing a lot higher percentage of possession in the second half as they looked to break down a resilient Morecambe side who had quickly adapted to being down to ten men.

On the hour mark, sub Lloyd whipped in a deep cross from the left for in the incoming run of Paul Lewis who headed just wide.

Moments later, Lewis again had another header, this time from a Khan cross, which was tipped over the bar, a good save by the host goalkeeper.

Tranmere were turning up the heat on a cold afternoon in north Lancashire as they looked for a breakthrough, with Khan hitting over from the edge of the box with 23 plus stoppages to play.

Rovers were having a lot of headed opportunities as crossed swamped the Shrimps box, this time Woolery heading over.

Tranmere’s pressure finally paid off in the 74th minute as it was only a matter of time a cross was going to be headed on target by Rovers man, with Woolery getting on the end of a Lloyd cross.

The goal was fully deserved for TRFC but they didn’t rest on their laurels and looked for a second goal against a Morecambe team which continued to work hard.

The second change happened with three minutes plus added time to play as goal scorer Woolery came off for defender Liam Ridehalgh.

Tranmere comfortably saw out the remainder of the game to seal the win against one of the in form teams in the league.

Our next game will be this coming Tuesday night when we host League One side Peterborough in the quarter finals of the Papa John’s Trophy, 7pm kick-off at Prenton Park. To buy a match pass for this match, for the price of £10, please CLICK HERE. Reminder, all fans, including season ticket holders, must purchase passes for this game. 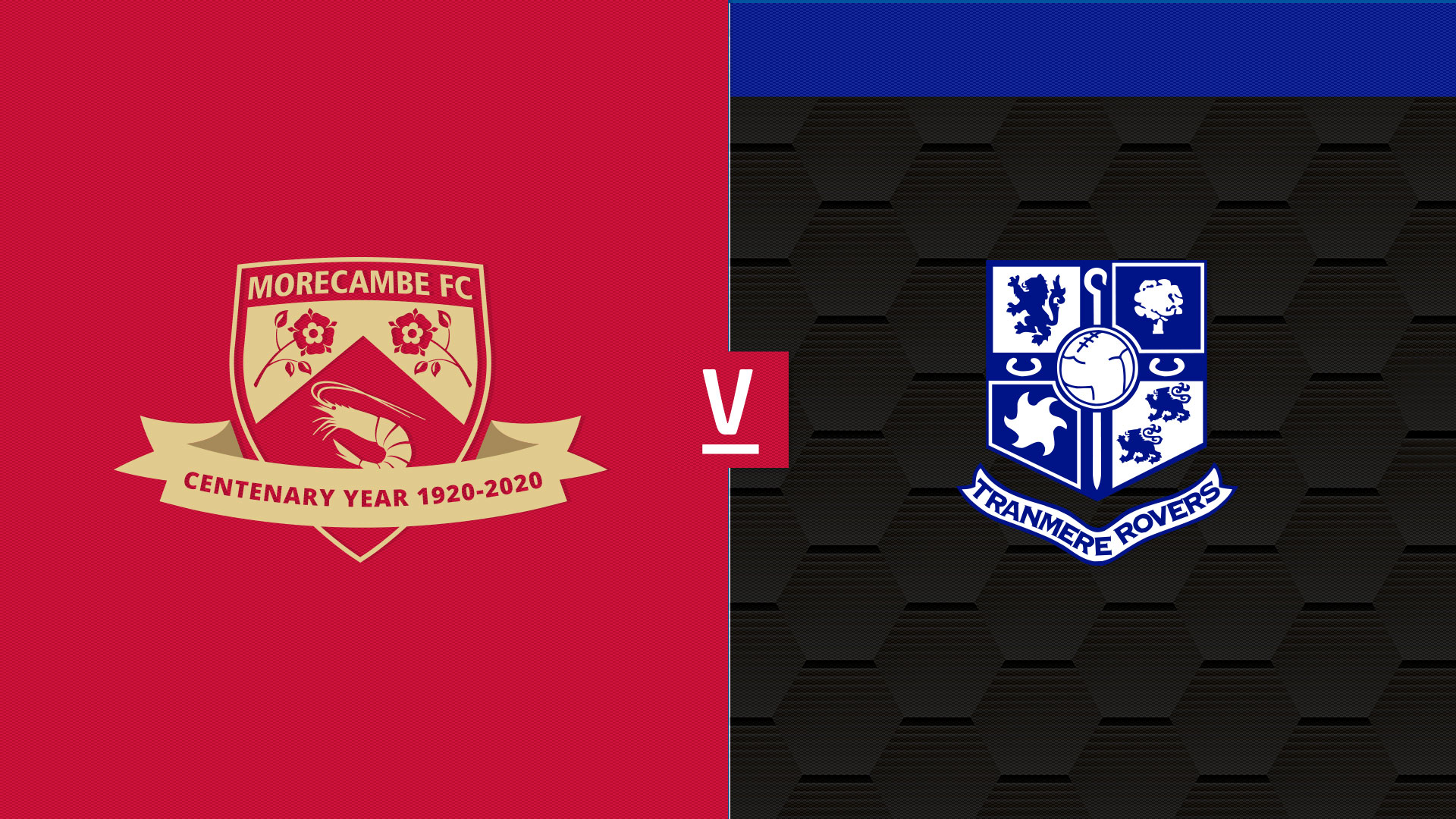 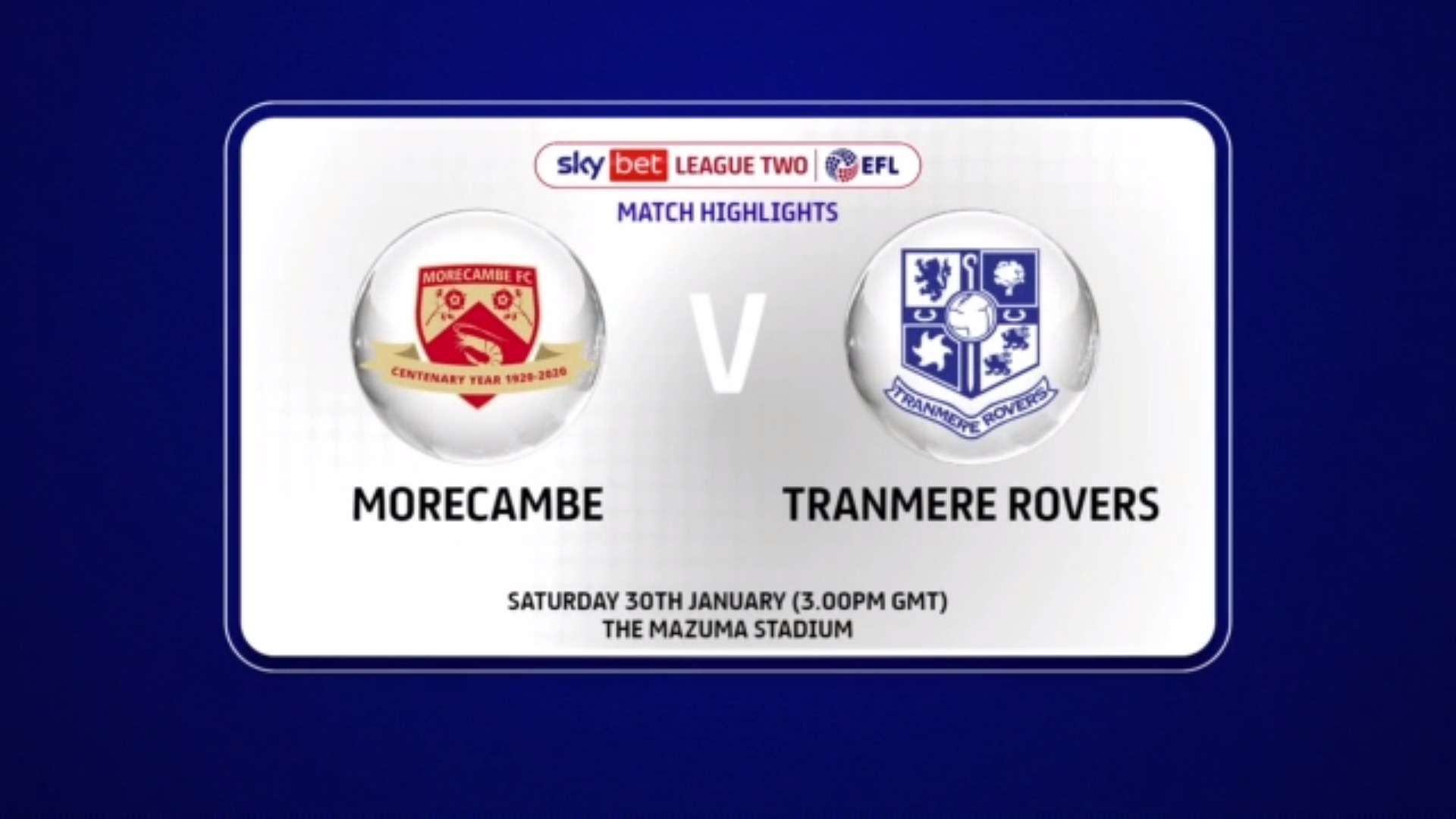 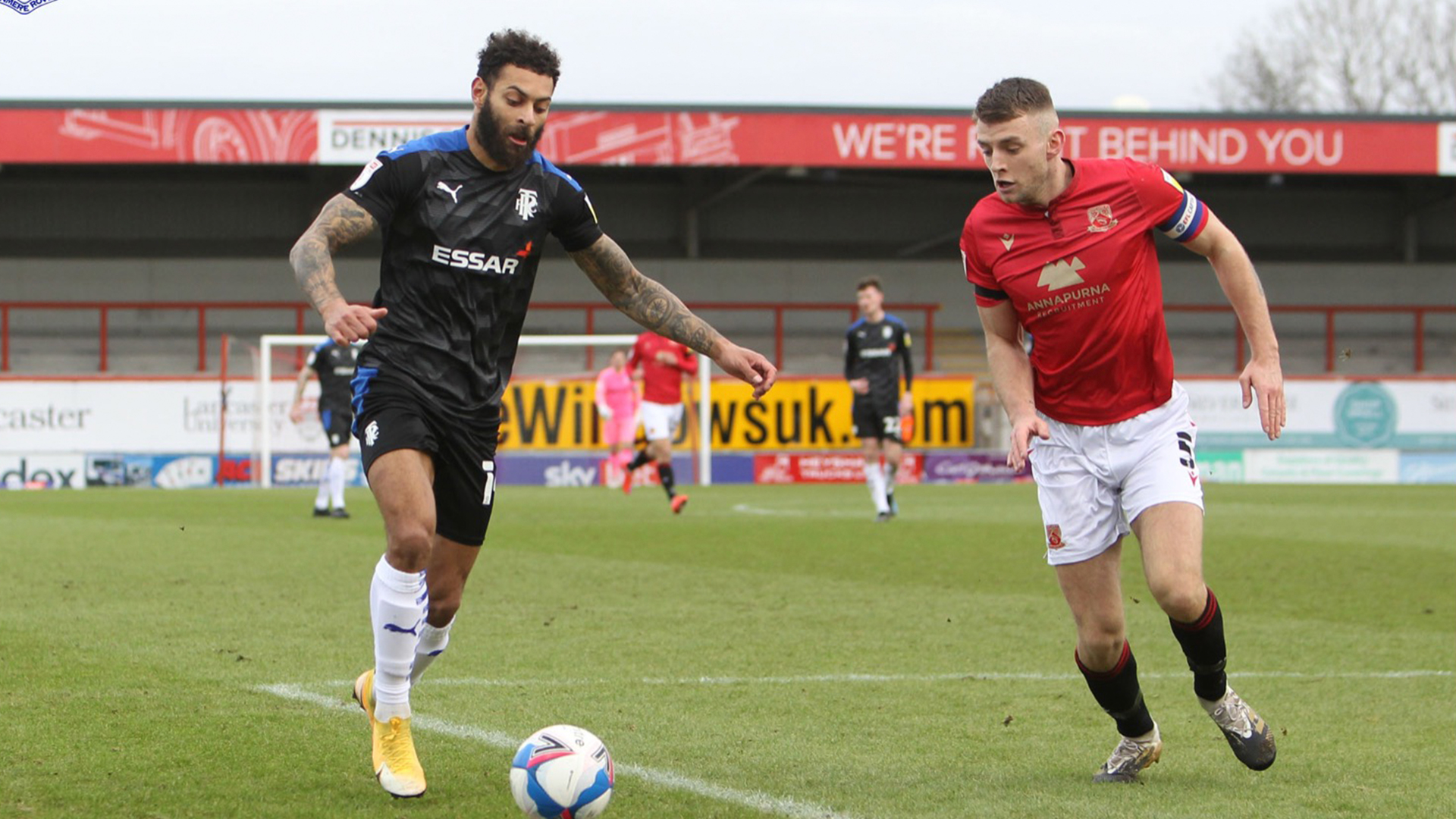