It’s a return to Prenton Park on Tuesday night to face Forest Green Rovers in Sky Bet League Two action for a 7pm kick off.

Tranmere head into the game off the back of a draw at Stevenage on Saturday but will be looking for maximum points on Tuesday to help improve the league position of 15th.

Forest Green come into this game as fourth placed team in the division, outside of the automatic places on goal difference. In their last six games they have won two, drawn three and lost once.

Saturday produced the return of Peter Clarke, Calum MacDonald and Liam Feeney to the Rovers squad which will be a boost heading into the upcoming games. As of Monday morning, there are no new injury concerns and the next round of Covid testing will be awaiting the results.

The physical centre forward will probably most be remembered by Tranmere fans from the 2018/19 League Two Play-Off final as he faced Rovers for Newport County.

Jamaican born, Matt started his career with Kidderminster Harriers where he spent three years before becoming Fleetwood Town’s record transfer fee and went on to win promotion with the Cod Army from League Two.

Before signing for Newport in 2018, Matt spent a few years on loan at several clubs such as Stevenage, Plymouth and Grimsby. It was at Newport where he found consistency and became a real handful for opposition defenders, scoring 20 goals in 76 appearances in South Wales.

In July 2020, the 31 year old signed for Forest Green and has settled in quickly to life in Nailsworth. He has netted nine times in Sky Bet League Two and the Tranmere defence will need to battle hard to deny him adding to that tally on Tuesday.

As with every league home game, our matchday programme is available for supporters to purchase and read from home.

Read from Chairman Mark Palios, Manager Keith Hill plus our focused player interview as well as many other features to get stuck into.

Both digital and physical copies are available to buy which you can do so by clicking here.

Tranmere Rovers secured their first league win of the calendar year with a 3-2 with over Forest Green Rovers at Prenton Park.

Tranmere survived a late onslaught from the visitors, but for the majority they were in control and secured an important three points.

Liam Feeney and Danny Lloyd came into the team for Morgan Ferrier and the departed Ollie Banks for the clash against Forest Green.

Stalwart defender Peter Clarke, made his 800th career appearance in the game, and started alongside former FGR defender Manny Monthe in the heart of the TRFC defence.

A lapse in concentration in defence presented an opportunity for Aaron Collins to strike on goal from the outside of the penalty area, but captain Scott Davies made a strong save to deny FGR’s number 10.

In the tenth minute, Rovers went ahead went Feeney beat Daniel Sweeney to put in a deep cross from the left, with Luke McGee unable to deal with the cross, and he fumbled into the path of Lewis to turn home.

Rovers could and should have had a second when a diving header from James Vaughan was expertly saved by McGee as he made up for his earlier error, and seconds later, Otis Khan fired a thunderous shot over the cross bar on the follow up to Vaughan’s header.

With Woolery off having treatment for a head injury, Forest Green came close to taking advantage of the numerical advantage with a scramble in the Rovers penalty area, but fortunately the white defenders hacked clear.

As soon as Woolery returned to the field of play, Tranmere created an attack as Vaughan picked out goal scorer Lewis on the right, cutting in his shot was deflected wide for a corner kick.

A fantastic counter from Rovers saw Davies pick Khan out with a great throw to right back, using his pace and attacking prowess, Khan cut inside to play in Feeney for a long range shot, which just missed the target.

Lewis could have had a hat trick when another lovely cross from the left, this time, Lloyd, was met by the box-to-box midfielder, but his header was right down the throat of the goalkeeper.

Brilliant football started the second half for Tranmere as an excellent passage of play from Tranmere with some one touch football saw Vaughan in acres of space in the penalty box to prod home.

FGR substitute Jamille Matt nearly halved the deficit in the 50th minute as he got the right side of the Tranmere back line to clip the cross bar.

At the other end, Danny Lloyd raced through on goal after a flick on from Woolery but just before he released the trigger, a combination of the FGR goalkeeper and a slide tackle from a defender took the ball away from the midfielder who was looking for his third goal inside six days.

Fantastic goalkeeping from Scott Davies denied the visitors when they were destined to score, but somehow Davies pushed a shot away with his feet from three yards out, and then followed up with a strong save from an effort on the edge of the box,.

Davies was on form, and again his alert goalkeeping kept Forest Green at bay as he pushed a Nicholas Cadden shot over the cross bar on the hour mark.

A Callum MacDonald free-kick followed after a foul on Vaughan, 25-yards from goal, but the Blackpool loan hit his effort over the bar into the KOP Stand.

Forest Green pulled a goal back with 25 minutes to play as a cross from the left hand side was turned home by substitute Whitehouse.

A double change from Tranmere followed as Morgan Ferrier replaced Woolery and Keiron Morris came into the game for Lloyd with 22 minutes to play.

A peach of a strike from Feeney restored Tranmere’s two goal cushion with 15 minutes remaining as the ball fell kindly to him on the edge of the box and he hit an unstoppable effort past McGee.

The return of Stefan Payne came in the 81st minute, as the striker made his comeback from injury to replace Vaughan after another tireless performance from our top goal scorer.

Quick feet from Ferrier fooled his marker as he cut inside from the left to sting the palms of the goalkeeper, as Tranmere went in search of a fourth.

Forest Green scored late into added time through Wagstaff and came inches away from an equaliser, a late scare for the hosts but we held on for a deserved three points.

Our next game will be this weekend when we face Bolton Wanderers at Prenton Park, 3pm kick-off. The game will be available to watch live on iFollow and you can watch for just £10. To buy a match pass for the match, please CLICK HERE.

The match report is sponsored by MAIN. To find out more about what they do, please PRESS HERE. 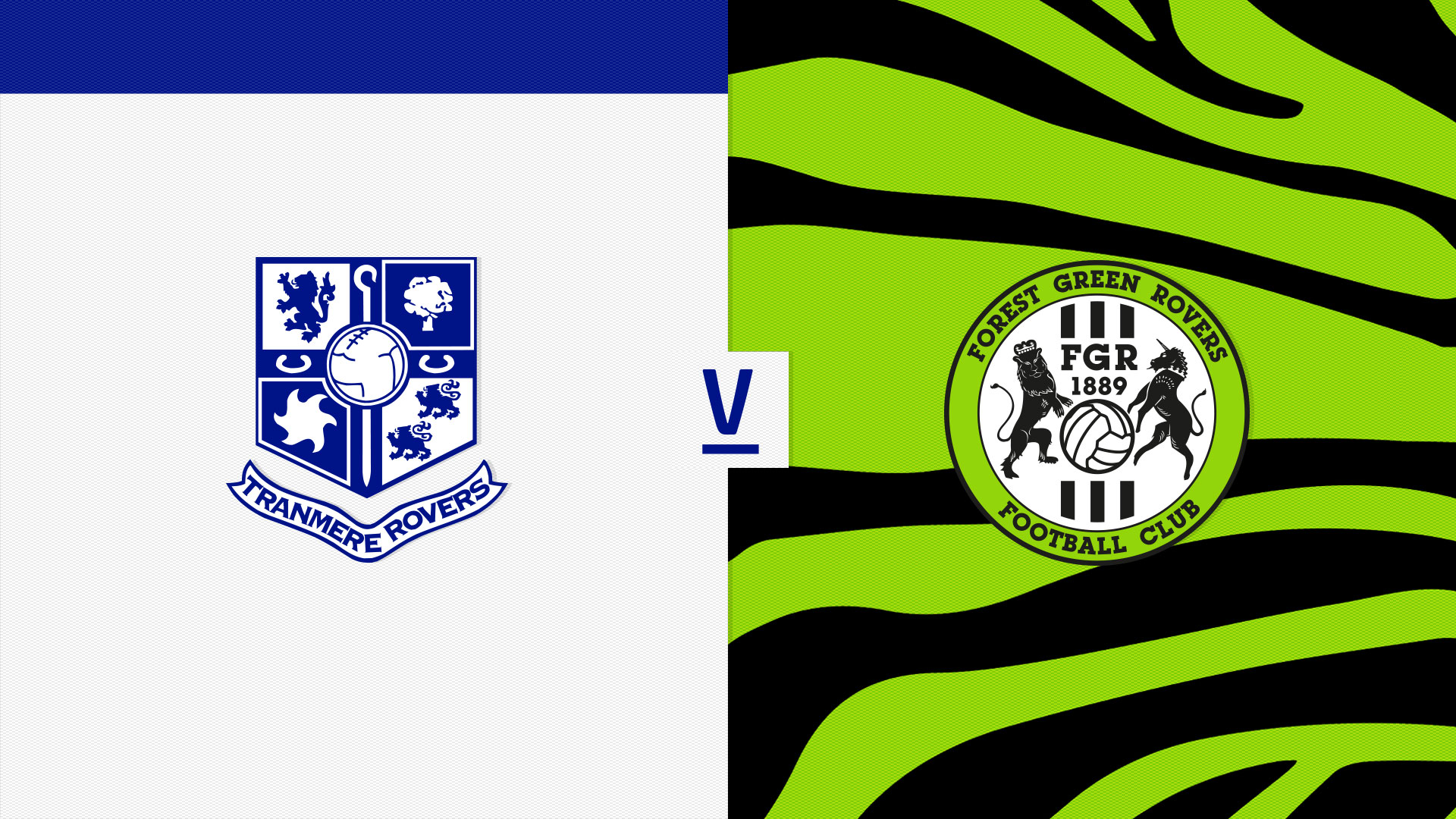 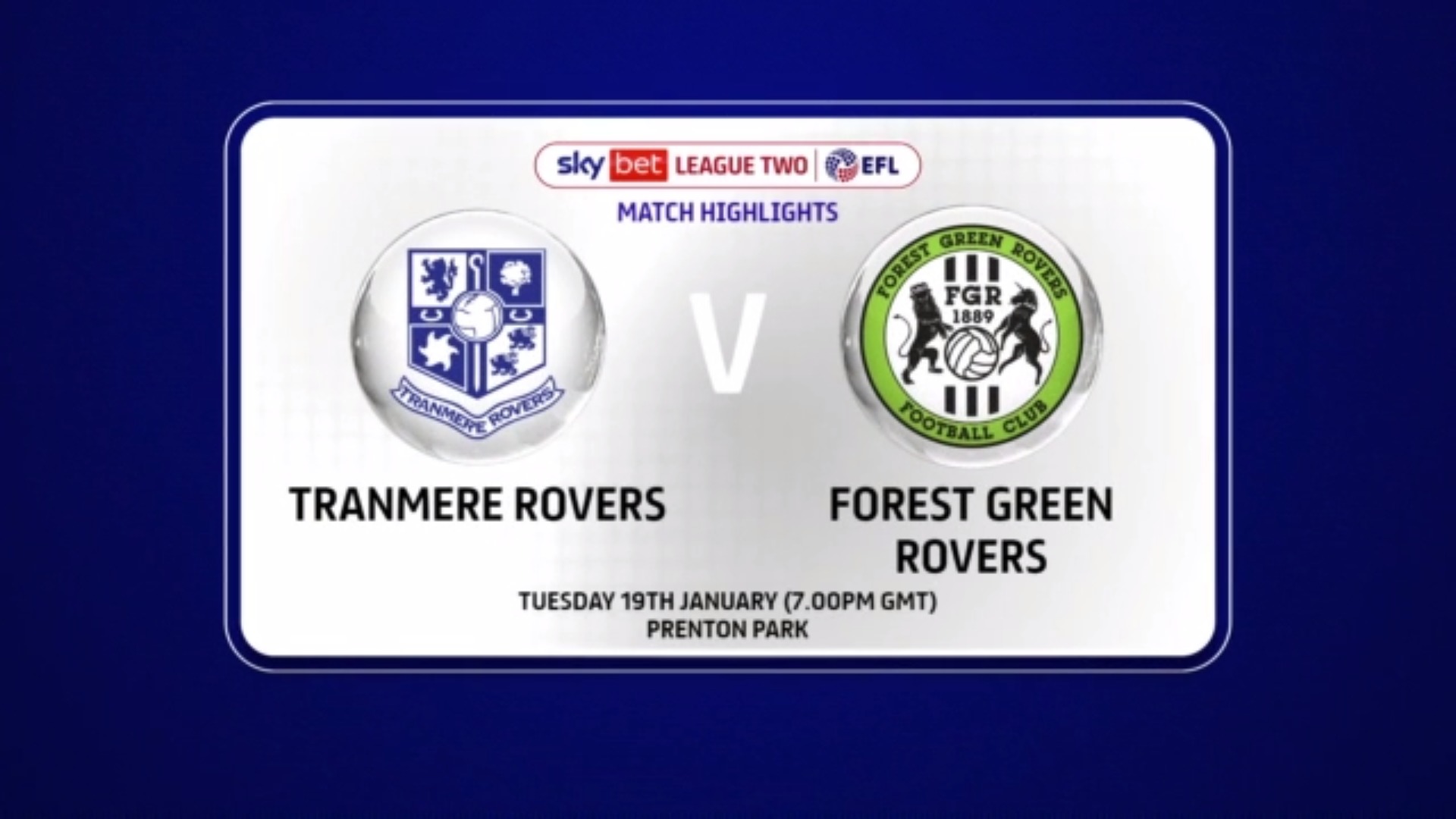 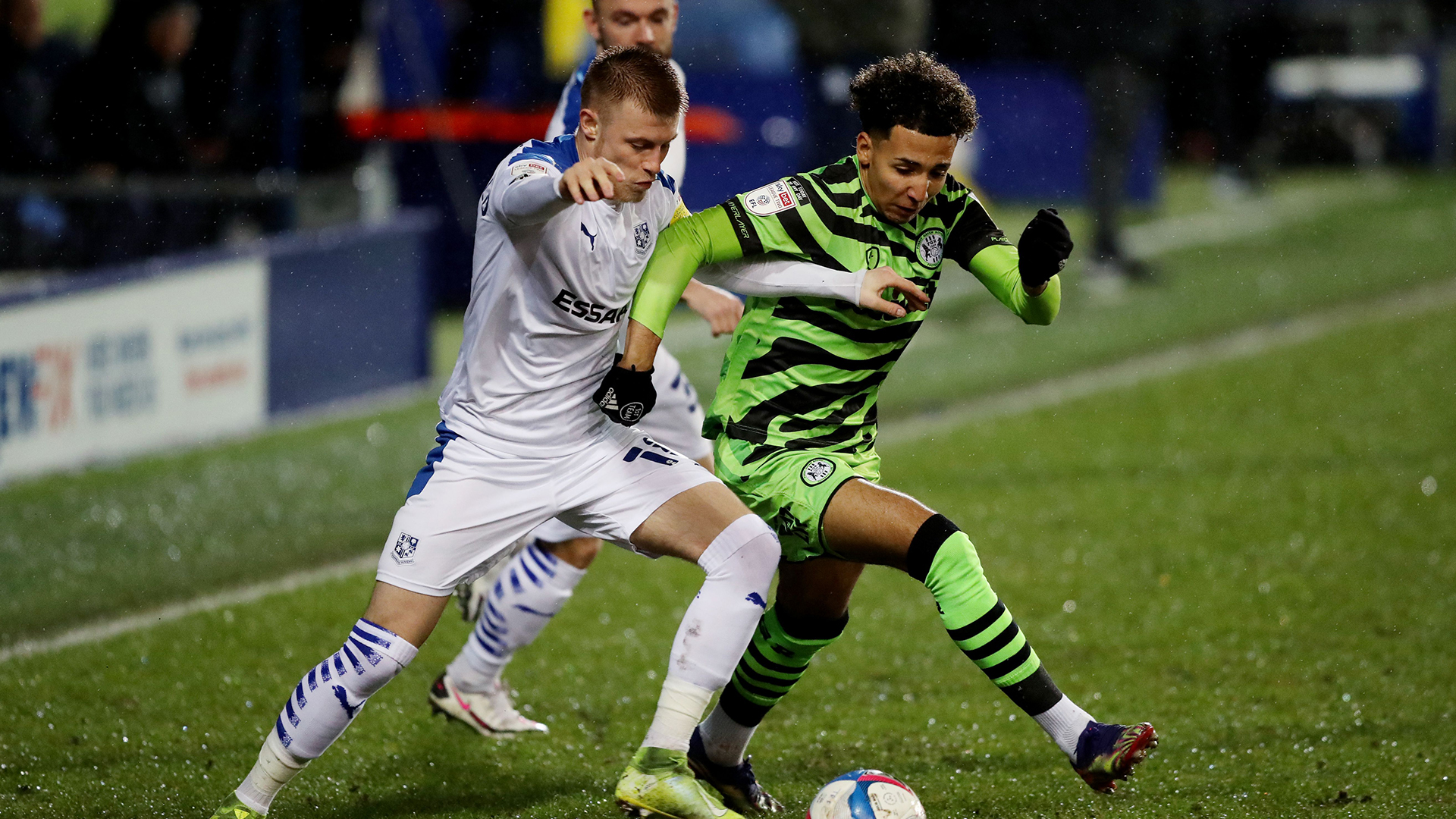