Tranmere Rovers will turn their attention to another cup competition on Wednesday night to face Leicester City U21s in round three of the Papa John’s Trophy at Prenton Park in a 7pm kick off.

Rovers edged out Manchester City U21s in the previous knockout round to reach this stage and will now face the only U21s team left in the competition.

Leicester U21s collected six out of nine points in their group stage before knocking out Salford City on penalties in the last round.

Liam Ridehalgh took a knock to his ribs on Saturday and is a doubt for this game.

Following the Barnsley game, Keith Hill reported that it will be the same players available again for Wednesday with several members of the squad out with injury, illness and Covid-19 issues.

Tranmere Rovers booked their place in the quarter finals of the Papa John’s Trophy with a 4-2 win against Leicester City U21s.

A brace from the returning Danny Lloyd and a goal in either half from attacking duo Morgan Ferrier and Corey Blackett-Taylor sealed the win.

Tranmere are the only remaining team from League Two in the last eight, with the seven other clubs from League One still in the competition. The draw will take place on Saturday 23rd January at 9.30pm on the EFL’s Quest show.

TRFC welcomed back Lloyd to the matchday squad, with the winger not involved in last week’s match at Barnsley.

Within four minutes, Tranmere raced into the lead as Ferrier used his experience and strength to hold off a Leicester City defender to fire the hosts ahead with a powerful effort inside the penalty area for his first goal of the campaign.

A fantastic save by Leicester’s goalkeeper prevented Jay Spearing from scoring his first for the Club, as he hit a fierce effort from just inside the box as Rovers missed the follow up.

Just before the 20 minute mark, the Midlands side had their first sight on goal after a miss placed pass by Rovers, but their effort flashed wide of Joe Murphy’s goal.

Winger Blackett-Taylor, operating on the left channel, manoeuvred his way into the penalty area and squeezed a shot through a sea of blue shirts, but the goalkeeper was quick down to his right hand side to make the save.

However, in the 35th minute, the Foxes drew level when a cross from the left was not blocked and Jake Wakeling was unmarked in the box to glide the ball into the far corner.

But Tranmere soon regained their lead, less than 100 seconds later as Blackett-Taylor chipped a cross from the left onto the head of Lloyd.

Rovers could have made it 3-1 before the interval when captain for the night, Manny Monthe picked out Ferrier, who again showed great strength and nous to hold off his marker, turn and shoot but the keeper made another excellent stop.

A half of many chances, Leicester nearly drew level once again but a clearance off the line by Jay Spearing preserved Rovers’ lead. And just before the break, Rovers finally got their third as great patience by Ferrier on the edge of the box picked out Lloyd to notch home his second of the night with a calm tap in from a left sided cross.

A fantastic counter attack started off the second half for Rovers as they made it 4-1. Tranmere broke with Ferrier threading a pass through to Blackett-Taylor to slot home with 52 on referee Marc Edwards’ clock.

Leicester reduced the deficit back to two goals in the 56th minute as Thanawat Suengchitthawon hit a 20-yard strike into the far corner.

Rovers made the first two changes just before the 70 mark, as Spearing and Ferrier went off for top goal scorer James Vaughan and fellow attacker Kaiyne Woolery.

Tranmere could have made it five when Lewis smashed an effort straight into the face of defender Darragh O’Connor, an unfortunate moment for the Leicester man but he did prevent a goal which is the important thing for his side.

In the 74th minute, brace goalscorer Lloyd was taken off for Kyle Hayde, with the defender gaining some valuable first team experience. There were also an opportunity for first team minutes for fellow U18 team graduate, George Nugent, as he replaced second half goal scorer, Blackett-Taylor.

Otis Khan, who was putting in another strong display, this time in an unfamiliar role at right back, had a good effort saved by the keeper with less than 15 minutes to play. Minutes later, Woolery blasted over a shot with options to pass the ball.

The tie concluded with another effort from Woolery, which was saved from the keeper as Tranmere ensured their place in the final eight with a 4-2 win.

Our next game will be this weekend at Stevenage, kick-off 3pm. The match is available to watch on iFollow for the price of just £10. To subscribe, please CLICK HERE. 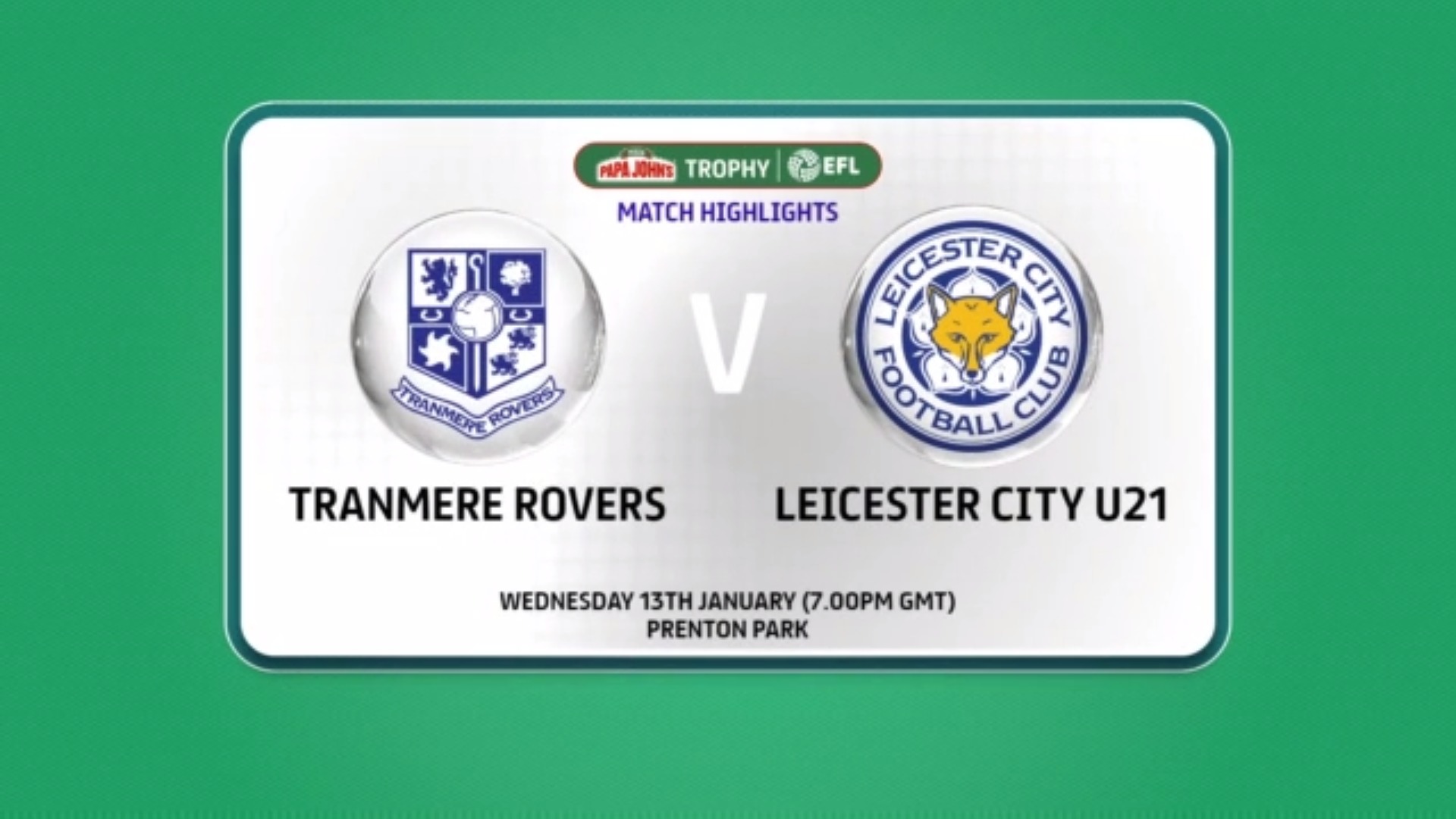 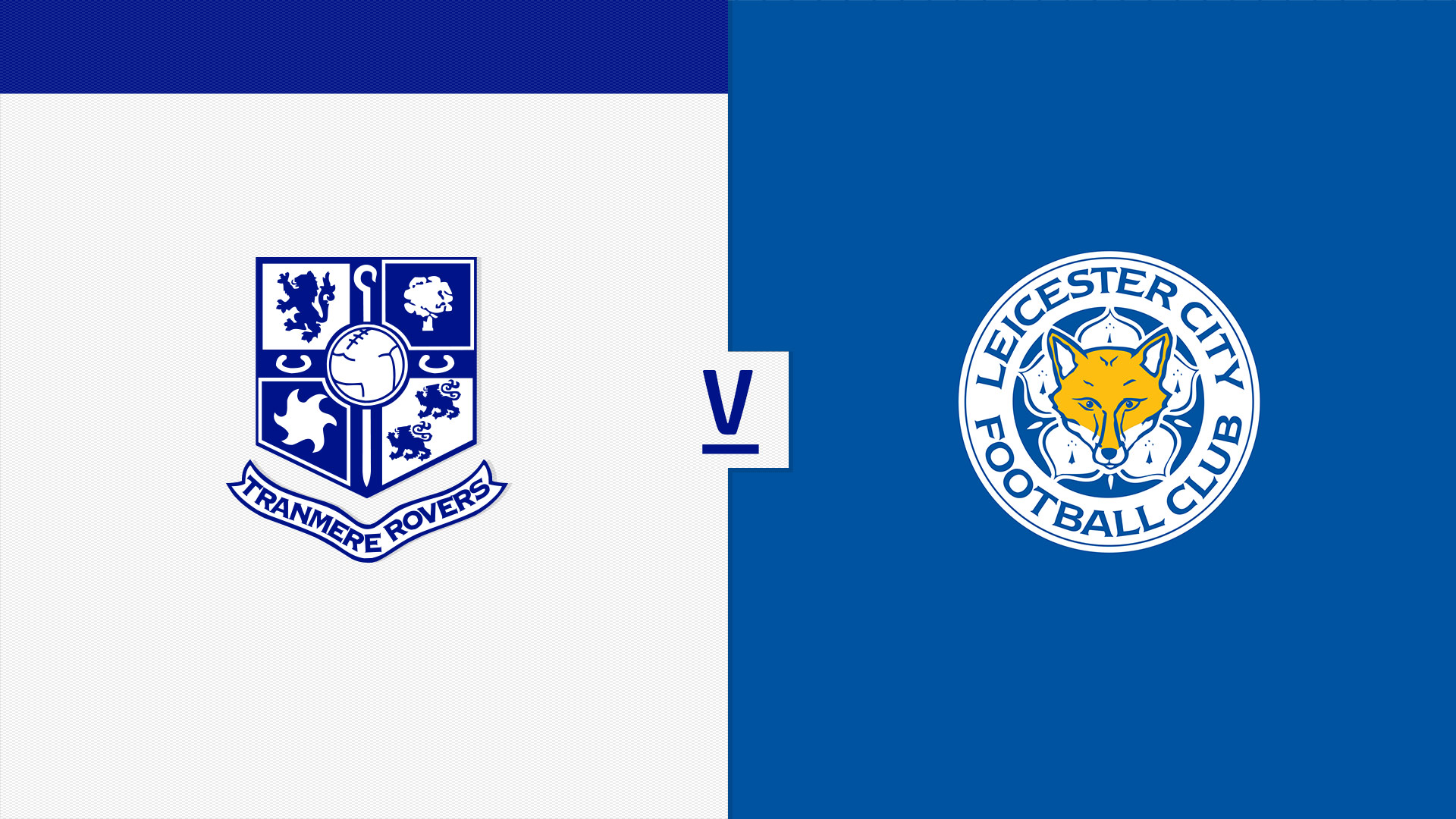 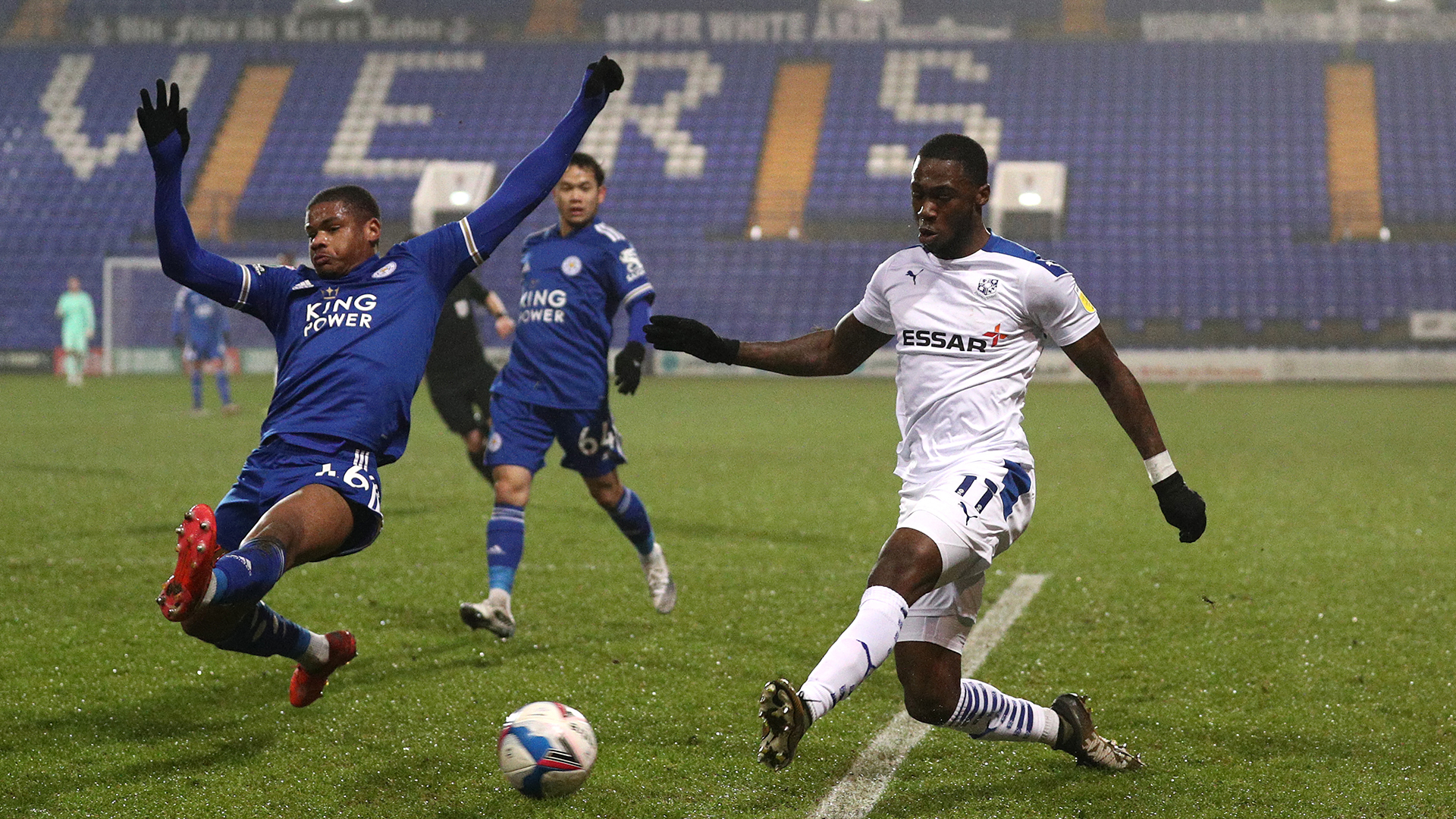