Rovers make the long trip to Essex on Tuesday night to take on Colchester United at the JobServe Stadium, 7pm kick off.

Tranmere head into this fixture having picked up a hard fought 2-1 win over Exeter City on Saturday leaving Keith Hill’s men 4th in the league table. The last six games have returned four wins, one draw and one loss.

Colchester, managed by temporary Head Coach Wayne Brown, last played on Saturday which resulted in a 1-0 loss at home to Port Vale. The U’s currently sit in 22nd position in League Two having won one, drawn two and lost three of their previous six outings

The TRFC radio team of Phill Wilkinson and Adam Siddorn will be in place at the JobServe Community Stadium to provide live updates on proceedings.

Tranmere Rovers came from two goals behind to secure a 2-2 draw at Colchester United with Danny Lloyd and Jay Spearing the goal scorers.

United led 2-0, but Rovers fought back to secure a point and had the opportunity to win the match late on but the points were shared in Essex.

Tranmere were on the front foot in the early stages, pressing Colchester with Calum MacDonald operating on the left hand side and Lloyd as the front man.

A good cross from Liam Feeney on the right created a chance for the visitors, but MacDonald directed a header over United’s crossbar.

A fabulous save from Colchester goalkeeper Dean Gerken denied TRFC a certain goal as a cross from Feeney was met by a diving header from Paul Lewis with just over 20 minutes played.

Fancy footwork on the edge of the penalty box from Keiron Morris opened up space for our number seven, but he dragged a right footed shot wide of the left hand post.

Full back Ridehalgh picked up a loose cross at the back post, with time on his side, our longest serving player took the shot, which went over the bar as TRFC continued to press.

However, against the run of play, Colchester took the lead as Pell turned home a second ball in the box, a harsh blow for Tranmere after their positive play.

Colchester should have added a second when they turned an excellent chance over the cross bar from five yards out.

Tranmere could have got back into the game when Lloyd burst forward to sting the palms of the goalkeeper, and on the follow up, Rovers couldn’t convert.

A curling effort from Lloyd rattled the post just before half time, a wonderful effort from the former Peterborough man.

Into the second half and Nugent was introduced for Morris. However, Colchester had a glorious chance to add a second from point blank range, but Davies made an important save before the follow up hit the side netting.

Colchester United doubled their lead when Brendan Wiredu turned home a cross from the left hand side leaving Tranmere with a task on their hands with 35 minutes remaining.

Rovers were awarded a penalty in the 61st minute through a handball and Lloyd stepped up to convert his second penalty in as any games, and game on at the Job Serves Community Stadium.

Ridehalgh was withdrawn after the goal with Ali Crawford coming on, and minutes later, Lloyd went off.

Tranmere got themselves back into the game in the 68th minute when Spearing struck his first goal of the season with a shot into the far left hand corner, excellent team spirit from TRFC after being two goals down.

Tranmere had a golden opportunity to win the game in the dying embers but Kirby was free unmarked in the box, but he clipped the post as the score finished 2-2.

Our next game will be on Saturday at home to Mansfield and the game will be live on iFollow to watch for just £10. To subscribe, please CLICK HERE. 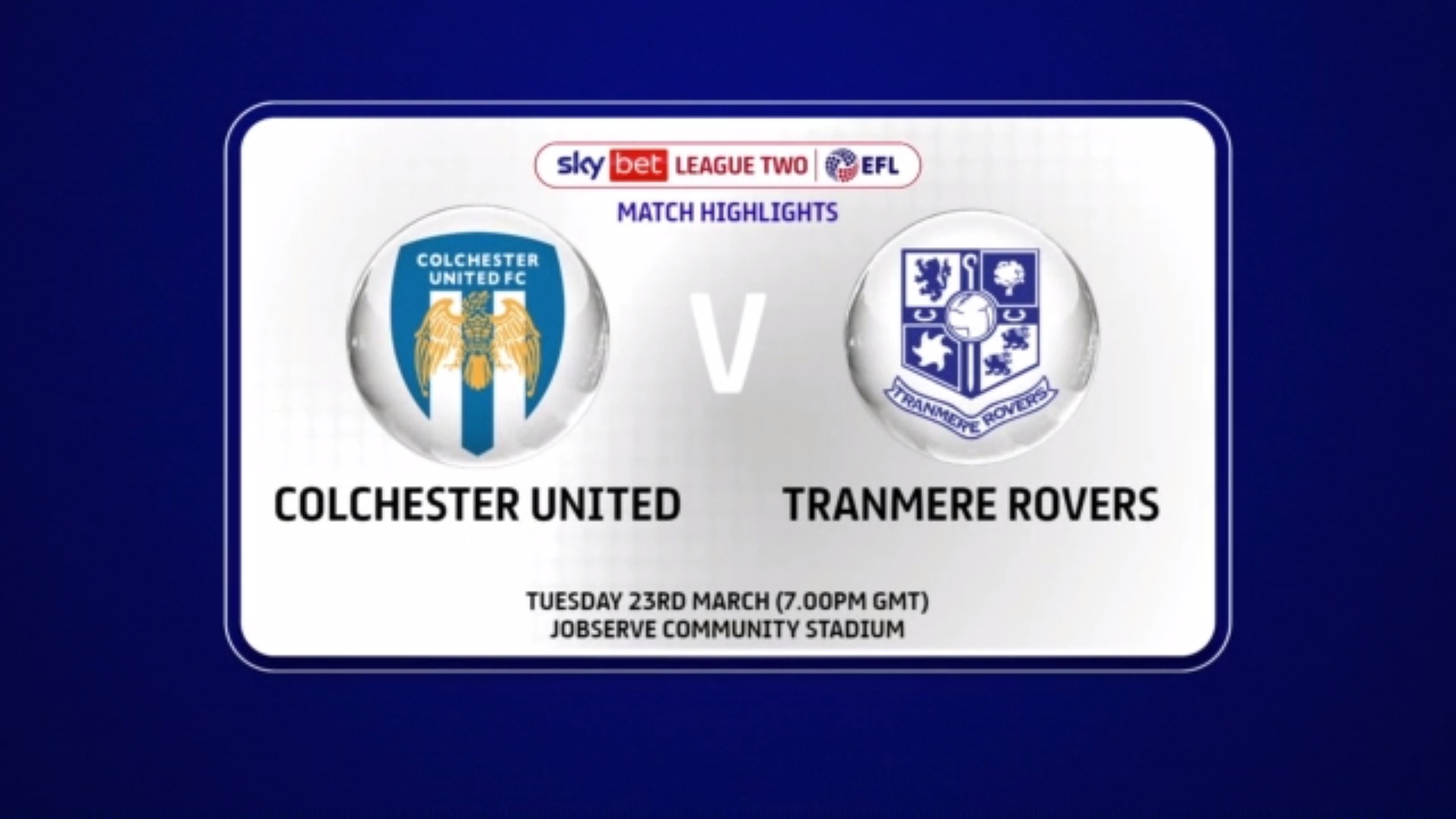 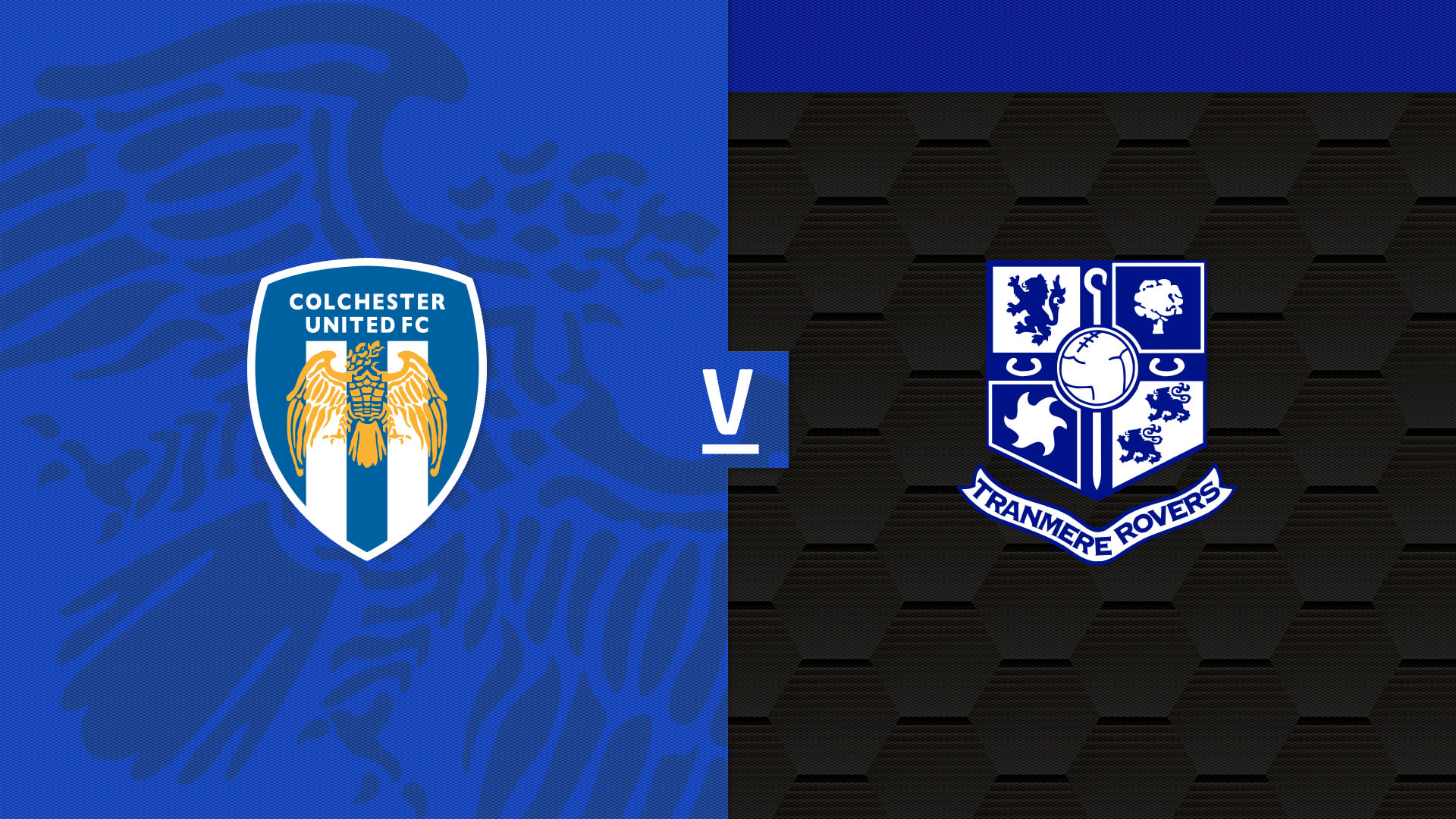 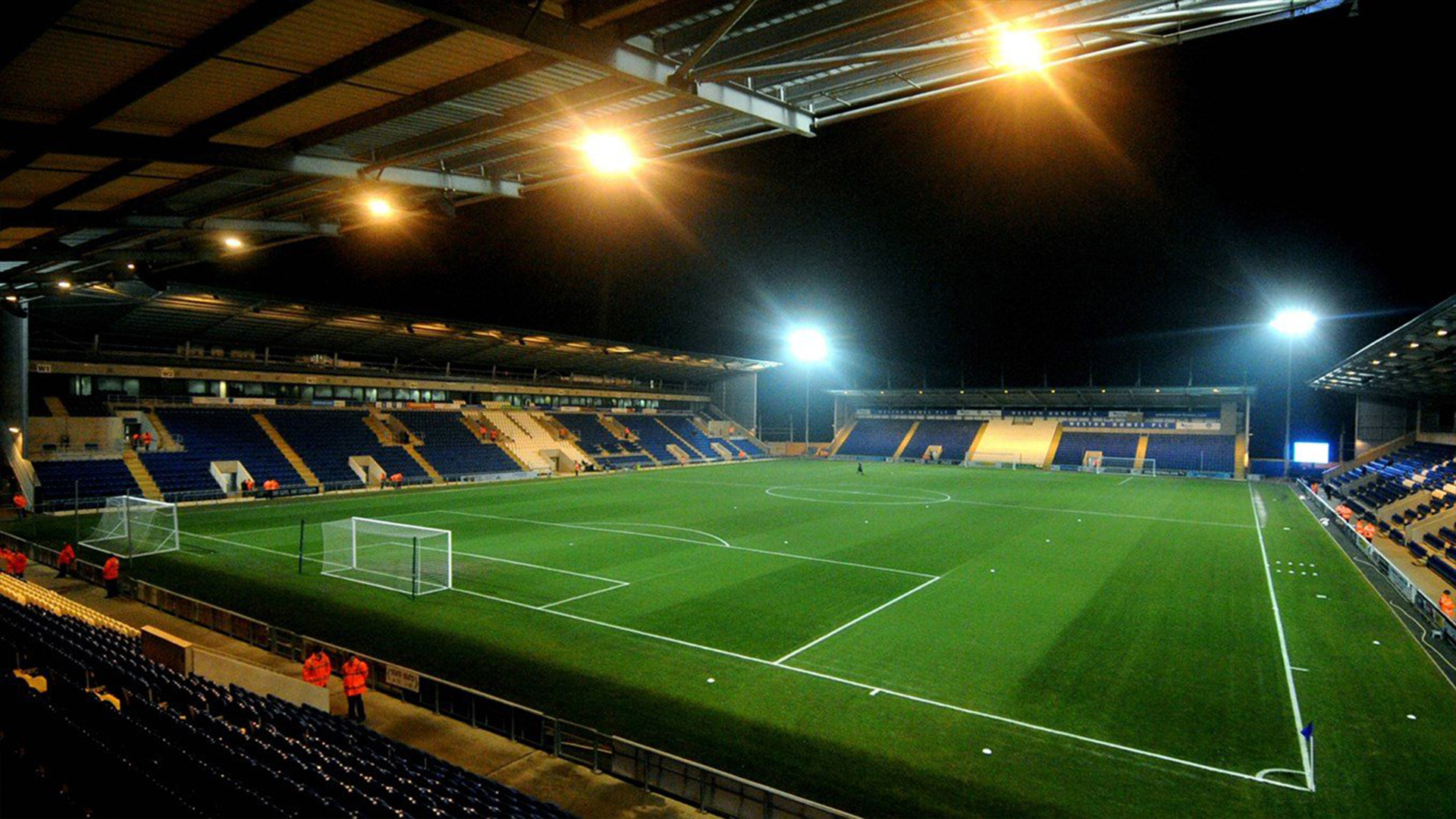