Following an extremely positive performance at Wembley on Sunday, Rovers will be looking to kick on from their last game in the league which was a 2-0 away win at Southend United. Keith Hill’s men have won four, drawn one and lost one of their previous six in the league and situate in 5th position in Sky Bet League Two.

Grimsby Town, managed by Paul Hurst, currently sit bottom of the division on 26 points from 33 games. Their last six outings have produced one win, two draws and three losses.

James Vaughan has undergone surgery last week but no timeframe has been given on his return.

Otis Khan made a comeback at the weekend and is now back involved with the squad.

Sid Nelson is still sidelined with his injury whilst Lee O’Connor will be assessed following an injury picked up in training last week.

Although the experienced striker has not bagged as many goals as he would have liked so far this season, Hanson provides a real physical threat and a target for the Mariners in attack.

The Bradford born striker really made his name at his home town club over an eight year period with The Bantams. Starting in 2009, Hanson went on to appear 283 times and scored 77 goals for the club. He was a figure head of Bradford’s famous League Cup run to the final, beating the likes of Arsenal and Aston Villa as well as gaining promotion for the Valley Parade side.

In 2017, he made the move to Sheffield United but appearances were limited at The Blades and as a result, he moved on loan to Bury.

Later moves followed to AFC Wimbledon and then his current team Grimsby Town. The 33 year old will be looking to lead the way in helping the Mariners escape the drop this season.

The TRFC radio team of Phill Wilkinson and Adam Siddorn will be in place at Blundell Park to provide live updates on proceedings.

Tranmere Rovers were held to a 0-0 draw at Grimsby Town on Wednesday evening at Blundell Park.

Both teams created opportunities but were unable to find the breakthrough as the points were shared.

Former Tranmere man Stefan Payne was named on the bench for the hosts.

Rovers, who were looking to build on their positive performance in the Papa John’s Trophy final against Sunderland last weekend, were in for a real fight at Blundell Park with the surface proving to be difficult and cutting up quickly.

In the 17th minute, a fine save from James McKeown denied Paul Lewis’ header after a free kick by Liam Feeney on the left.

A spectacular switch from Jay Spearing found Kaiyne Woolery on the right hand side, and he took a great first touch to take the ball away from his marker but his shot was deflected wide for a corner.

The first half saw chances at a premium with Rovers putting the pressure to test goalkeeper McKeown and there was work to do in the second period.

Into the second half, and in the 54th minute, Blackett-Taylor came off with Danny Lloyd coming on in his place.

The best chance for Tranmere in the second half so far came on the hour mark when George Ray headed over the bar from a Feeney free-kick after Woolery was fouled.

Captain Scott Davies denied Grimsby a certain opener when the hosts carved TRFC open but Lenell John-Lewis was halted in his tracks by his fellow skipper.

Tranmere’s second change came with 14 remaining, as Keiron Morris was introduced for Lewis, and a third saw Nugent come off for Ali Crawford.

Peter Clarke had a late chance with a header but the game finished 0-0 at Blundell Park.

Tranmere’s next game will be at home to Exeter on Saturday 20th March, 3pm kick-off, and will be live on iFollow for £10. To subscribe, please CLICK HERE. 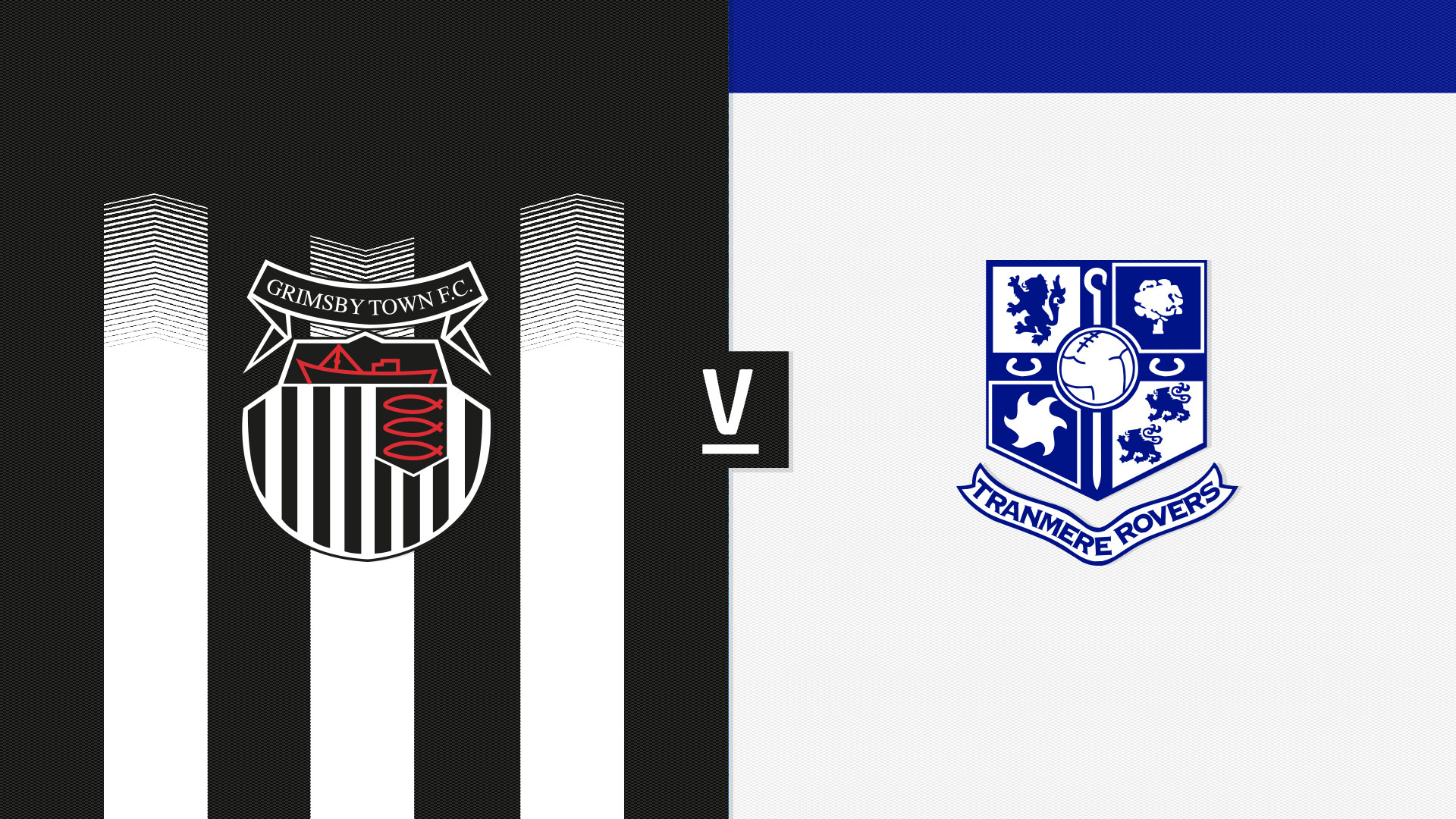 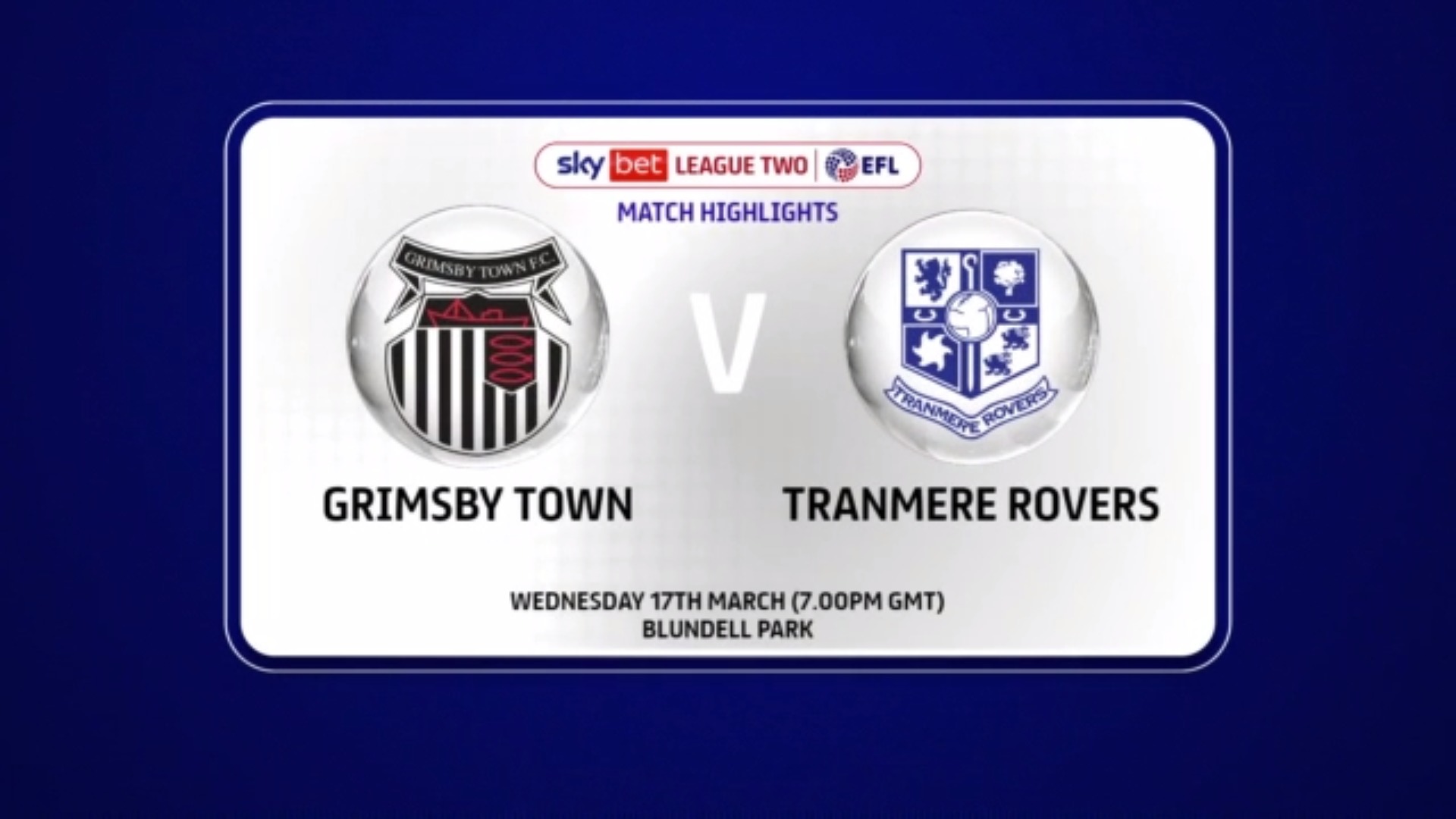 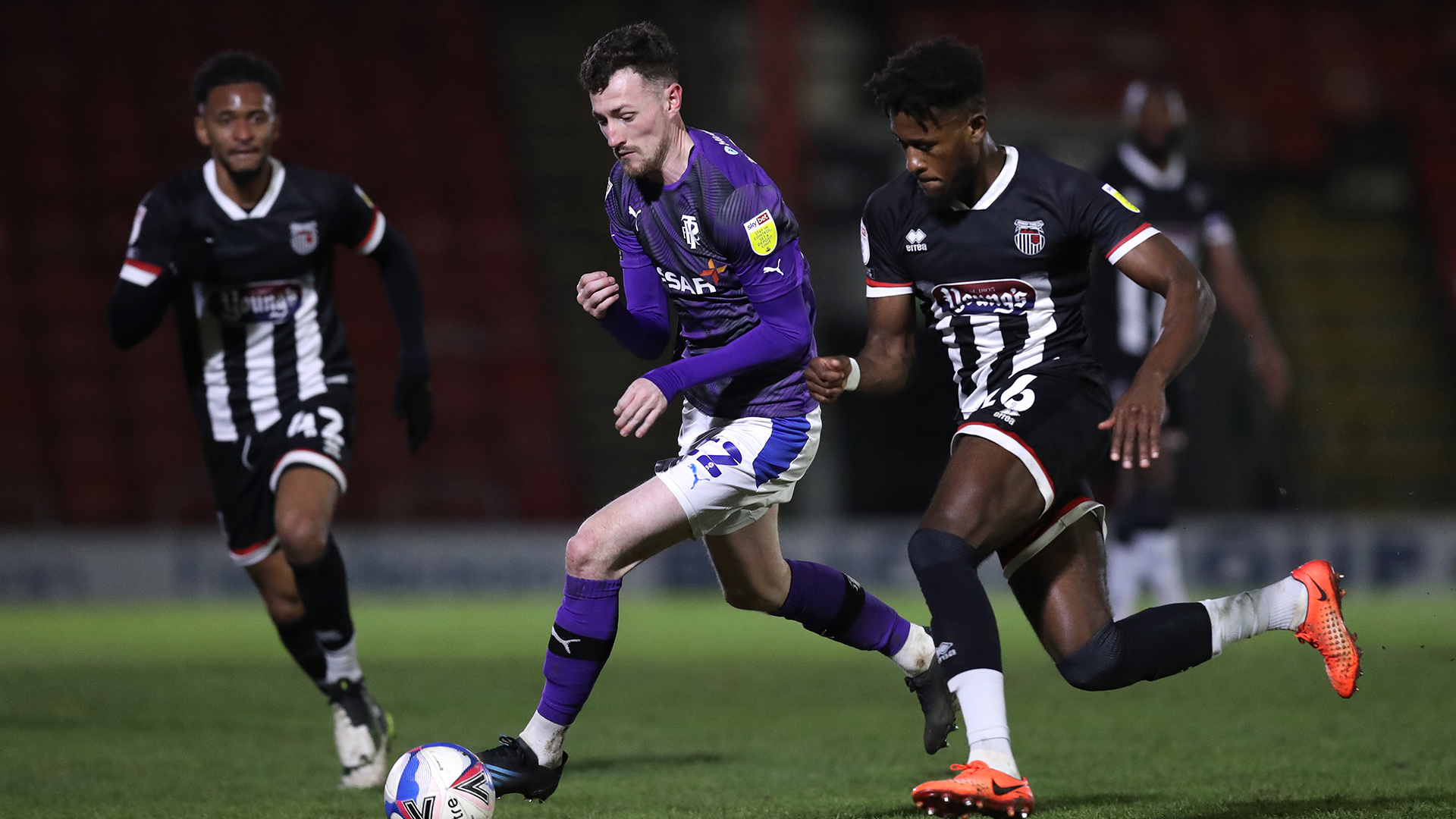