Up next for Rovers is a home fixture this Saturday against Exeter City in Sky Bet League Two, kick off 3pm.

Tranmere come into this one off the back of a stalemate away to Grimsby Town on Wednesday night which resulted in moving up a position in the table to fourth. The last six games have produced four wins, one draw and one loss for Keith Hill’s men.

Exeter, managed by Matt Taylor, had a much welcomed midweek break this week and last played on Saturday in a 1-0 loss to Cheltenham at home. The Grecians are currently 8th in Sky Bet League Two, just outside of the play offs and have won three, drawn one and lost two of the their previous six outings.

Otis Khan, Sid Nelson and Lee O’Connor are in contention for a place in the squad depending on their fitness ahead of the game.

Jame Vaughan is the only long term absentee with Keith Hill reporting that he will be out for between four and six weeks.

The attacking midfielder has very much been a one club man having joined Exeter way back in 2003 in their youth set up. He became a professional for the Grecians in 2013.

Loans to local clubs Weston-super-Mare, Hayes and Yeading United and Truro City came between 2014 and 2016 to help him gain valuable experience in the world of football above youth level.

In recent years, Jay has become a regular in the Exeter side and none more than this season, he has proven to be real creative threat going forwards for the Grecians.

The 25 year old has got 17 goals in all competitions this season including his first senior hat trick earlier this month against Leyton Orient.

The TRFC radio team of Phill Wilkinson, Rob Edwards and Dave Higgins will be in place at Prenton Park to provide live updates on proceedings.

Two penalties either side of half time from David Nugent and Danny Lloyd secured all three points for Tranmere Rovers against Exeter City in a hard fought 2-1 win at Prenton Park.

City’s goal came in the 20th minute courtesy of Joel Randall but it was the home side that were victorious.

Otis Khan and Lee O’Connor returned to the starting line-up for the game against the Grecians, whilst former TRFC man Jack Caprice was named on the bench for the visitors.

A great chance for Tranmere just before the 15 minute mark, as Liam Feeney picked out Kaiyne Woolery who was unmarked in the box, but his header was off target, a big opportunity for the hosts.

Rovers were awarded a penalty kick when Peter Clarke was fouled by Rory McArdle in the box after a Khan cross. Up stepped experienced front man, Nugent, who slotted home from the spot for his first goal for Tranmere.

Tranmere’s lead lasted less than two minutes, and in the 20th minute, as Randall raced through on goal to slot past Davies, but the goal scorer was injured when he scored and was replaced straight after.

Both teams were contesting to take control of the game, and George Ray was withdrawn after he bravely won a header at the back post to win a header, but he went over the advertising board and into the Cowsheds stands. Manny Monthe came on for his fellow centre back with 41 gone.

Tranmere made two changes before the hour mark, as Lloyd and Paul Lewis came on for goal scorer, Nugent, and Keiron Morris as Rovers looked for a goal to retake the lead.

Sub for Exeter, Jack Sparkes, had opportunity to test Davies with a free-kick from 30-yards, but it was over the frame.

Exeter had another opportunity soon after, as Ryan Bowman tried to lob Davies, but he put too much on the effort due to pressure from Monthe and Peter Clarke.

Tranmere were awarded a second penalty when Khan’s cross was handled by an Exeter defender. Sub Lloyd stepped up to send the goalkeeper the wrong way and TRFC were back ahead.

Lloyd had a second chance soon after, at a tight angle from a great long pass by Davies, he tried to catch the goalkeeper off guard, but it was well saved.

With 84 minutes played, Woolery was replaced by Liam Ridehalgh as Tranmere looked to see out the match and sustain their advantage at Prenton Park.

Tranmere Rovers held on firmly for the win to seal an important three points with eleven league games now remaining this season.

Our next game will be at Colchester United on Tuesday 23rd March, 7pm kick-off and the game will be live on iFollow to watch for just £10. To subscribe, please CLICK HERE. 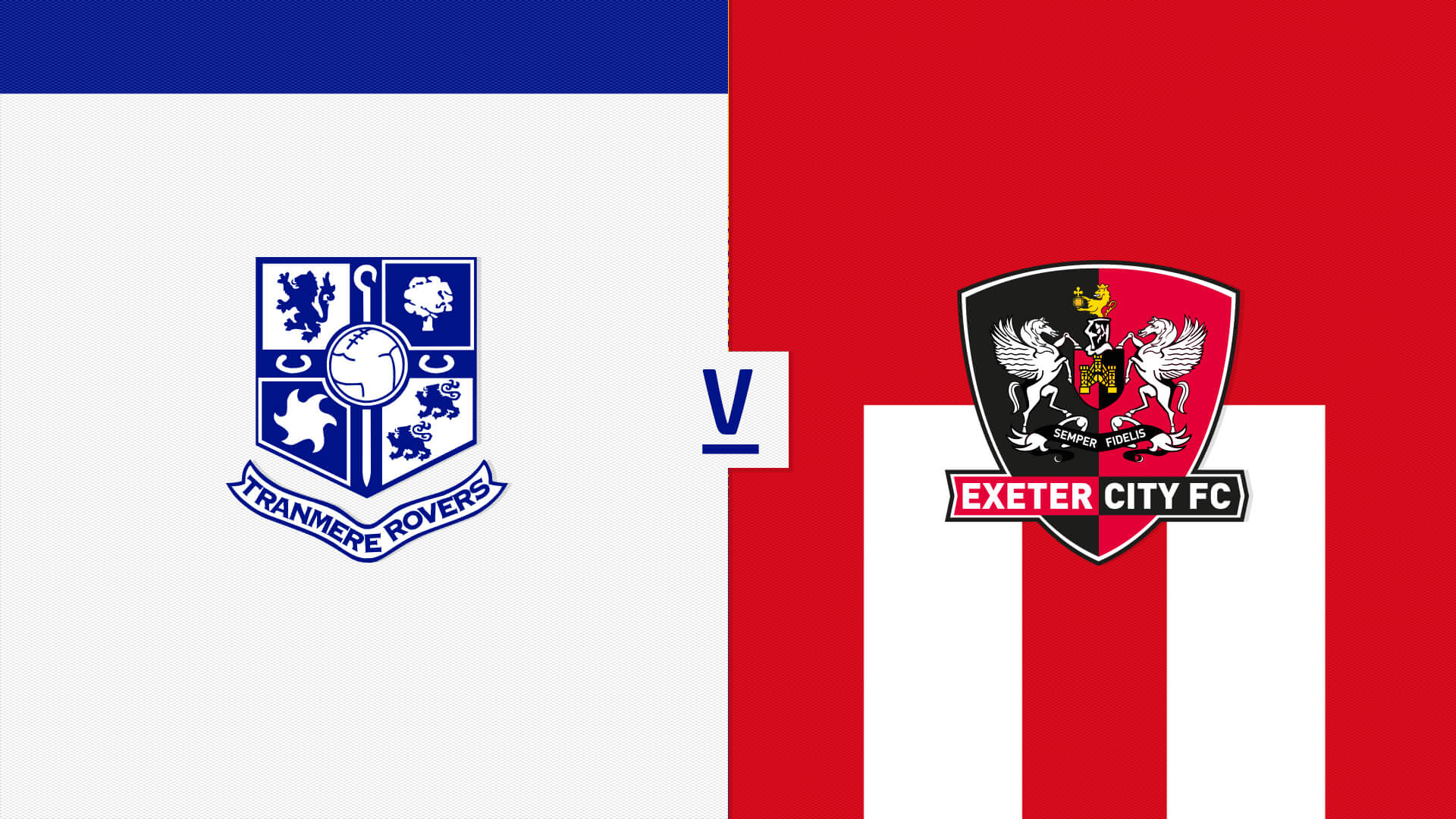 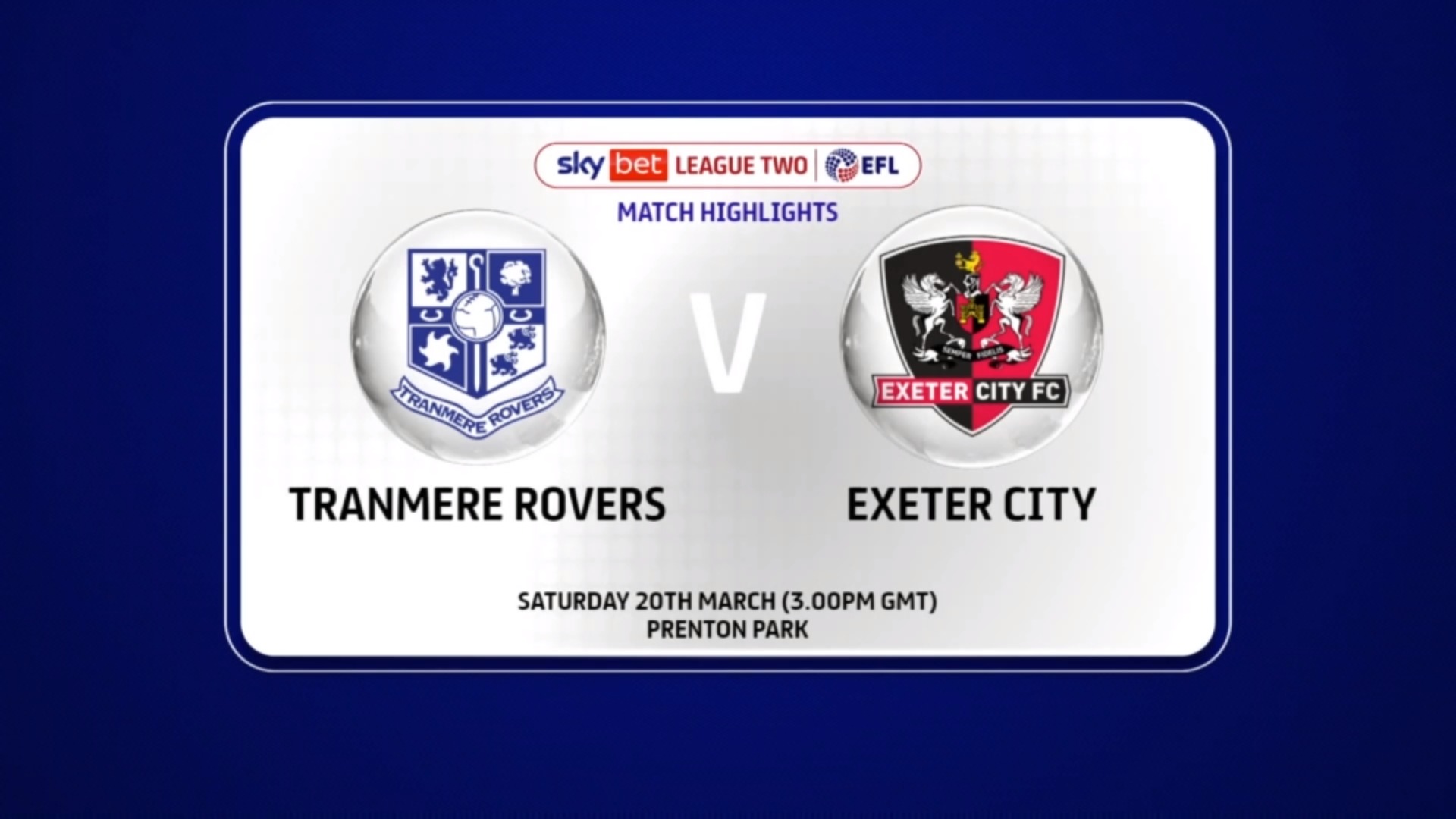 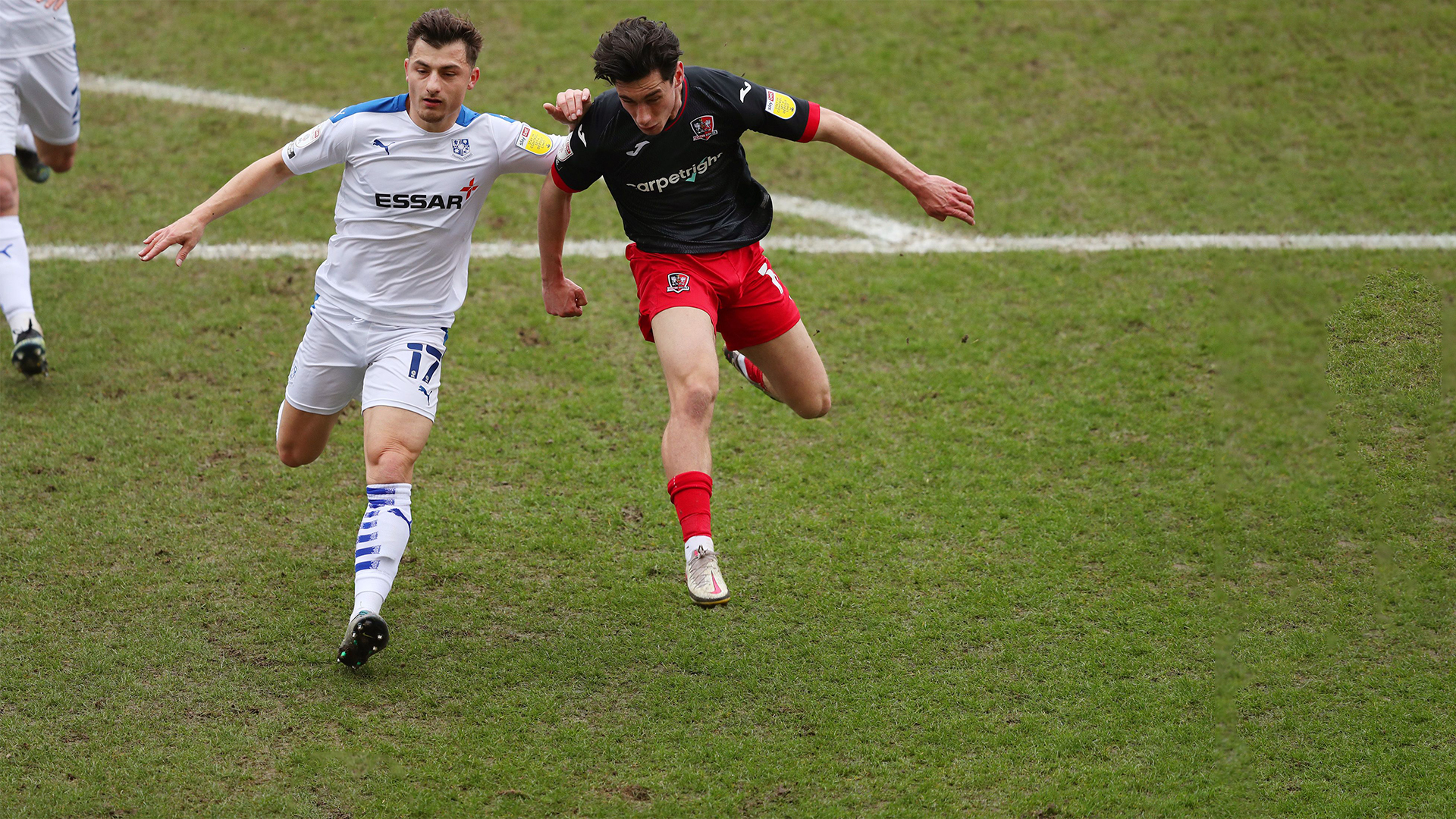