Tranmere Rovers travel to Nailsworth this Saturday for the final away game of the regular season to face Forest Green Rovers.

Keith Hill’s men come into the game following back to back 1-0 victories against Bradford and Barrow respectively. Those results see Rovers placed 5th position in League Two going into the final two games.

Forest Green, who are under caretaker charge of Jimmy Ball, faced Barrow in their previous game which ended in a 2-0 home defeat. They find themselves in 8th position and one point outside of the play off positions.

The reverse fixture was a 3-2 win for Tranmere at Prenton Park thanks to goals from Paul Lewis, James Vaughan and Liam Feeney.

To find out the latest team news, you can watch Keith Hill’s press conference, once it has taken place, here.

Once on loan at Prenton Park, Collins now plies his trade at the Innocent New Lawn and has proven to be a shrewd signing for Forest Green.

The Welsh born forward started his career at local side Newport County before being signed by Premier League side Wolverhampton Wanderers.

A series of loan spells followed including a spell here which saw him net in front of the Kop in the 9-0 demolition of Solihull Moors.

His next permanent move was to be to Morecambe in February 2019. He managed to scored eight goals in 15 games to ensure a successful end to the season for The Shrimps.

In the summer of 2019, Forest Green snapped him up on a free transfer. So far this season, Collins has scored seven goals in all competitions but has also provided a flair aspect to Jimmy Ball’s side.

With big shoes to fill in the absence of the injured Jamille Matt, Collins will be hoping his goals can help Forest Green into the play offs this season.

The TRFC radio team of Phill Wilkinson and Adam Siddorn will be in place at the Innocent New Lawn Stadium to provide live updates on proceedings.

Please note that season ticket holders do not automatically receive away game match passes and will have to purchase one to watch.

Updates will not be available via our usual social media accounts as part of English Football’s boycott of social media in relation to online abuse.

Tranmere Rovers fell to a 2-1 defeat away at Forest Green Rovers on Saturday afternoon.

Two second half goals from the hosts sealed the win, with Keiron Morris scoring a late consolation, but the result confirmed Tranmere were unable to secure automatic promotion.

Boss Keith Hill drafted in Otis Khan and David Nugent into his starting line up, with Kieron Morris and Danny Lloyd named on the substitutes bench.

There was a bite to the game in the opening 15 minutes, with both teams looking to get a strange hold of the match in Nailsworth.

Kaiyne Woolery and Nugent were leading the line for Tranmere, with Khan and Calum MacDonald providing width for the visitors.

Meanwhile, on the right flank and in attack for the visitors was former TRFC loan pair Kane Wilson and Aaron Collins.

Chances were at a premium in the opening 30 minutes, but Tranmere were moving the ball around well, looking to break down a resilient FGR backline.

Forest Green had a fabulous chance just inside the penalty area in the dying embers of the first period, but there was too much on the strike to cause Tranmere any thought for concern.

At the other end, Tranmere had a header from a corner deflected away by a green shirt, and FGR again failed to hit the target from a good shooting position.

An FGR player went into the book just before the half time whistle for a blatant dive as the score was 0-0 at the break.

The second half started with an early change for TRFC as Lewis went down just inside the opposition half, forcing him to be withdrawn for Keiron Morris with 48 minutes on the clock.

The hosts went ahead in the 51st minute, as number 23 Davison curled a ball into the far corner, giving Murphy no hope in goal.

A huge let off for the visitors five minutes later as a mix up in defence resulted in Murphy’s clearance being blocked by a FGR player nearly into his own goal.

Just before the hour mark, Forest Green were reduced to ten men as Ebou Adams was sent off for a bad challenge on Calum MacDonald, and the referee brandished his second yellow card for the number eight.

A double change for Tranmere came in the 62nd minute as Corey Blackett-Taylor and Danny Lloyd came on for MacDonald and Woolery.

Pushing for an equaliser, Rovers missed a header from a corner and soon after, striker Charlie Jolley was introduced with Otis Khan making way in the 73rd minute.

Manny Monthe had a strong shot with 13 minutes remaining but the goalkeeper made a good save, and this was followed up by Feeney firing over the crossbar.

A lack of communication from Tranmere at the back saw Collins nip inside and was brought down by Joe Murphy, and FGR were awarded a penalty kick and he stepped up to convert.

Tranmere scored a consolation in added time with a stunning strike by Morris, but it wasn’t enough for the visitors.

Our next match will be at home on Saturday 8th May, 3pm kick-off against Essex outfit, Colchester United. The game will be available to watch live on iFollow and you can subscribe for a match pass, the cost just £10, by CLICKING HERE. 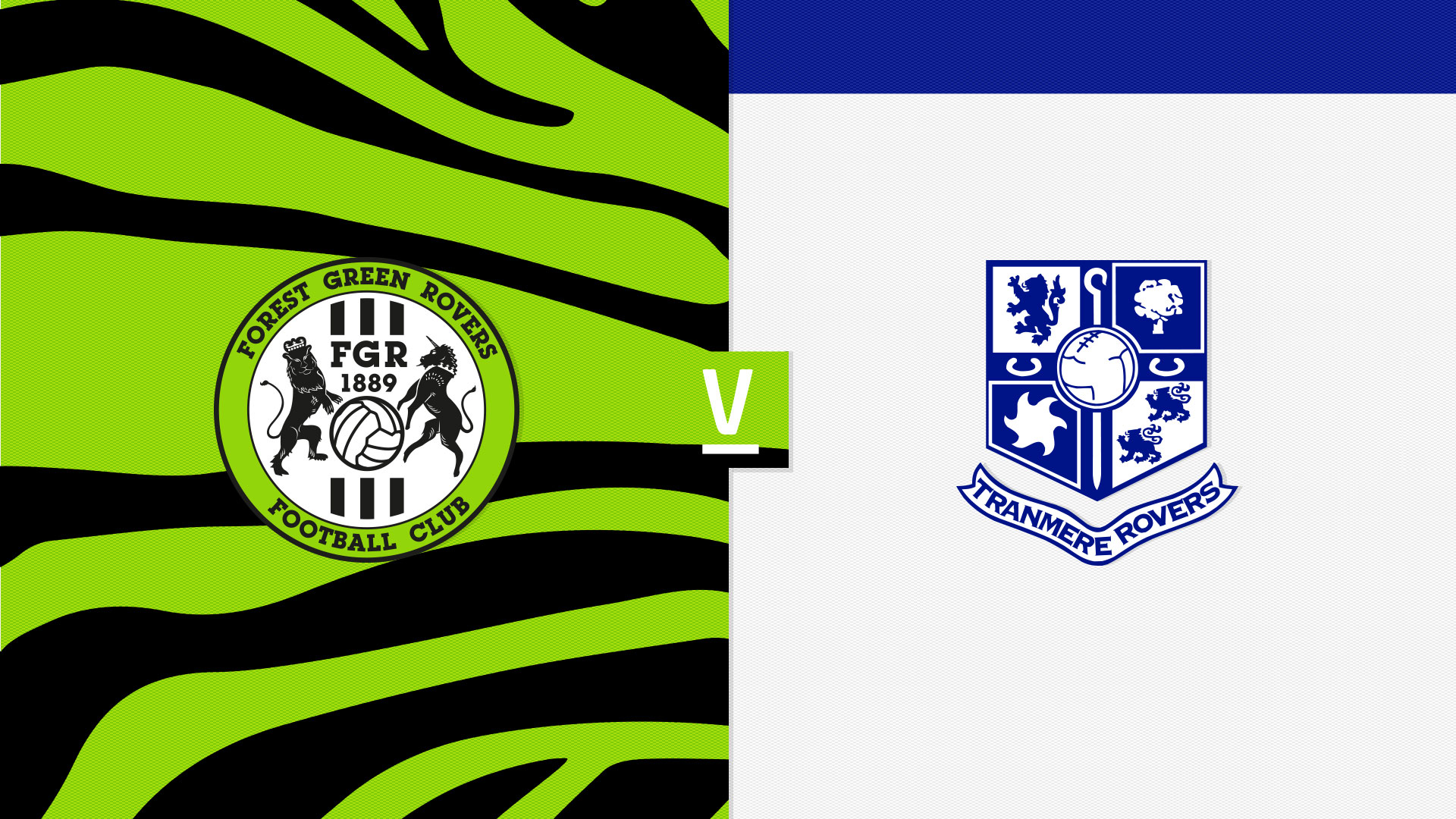 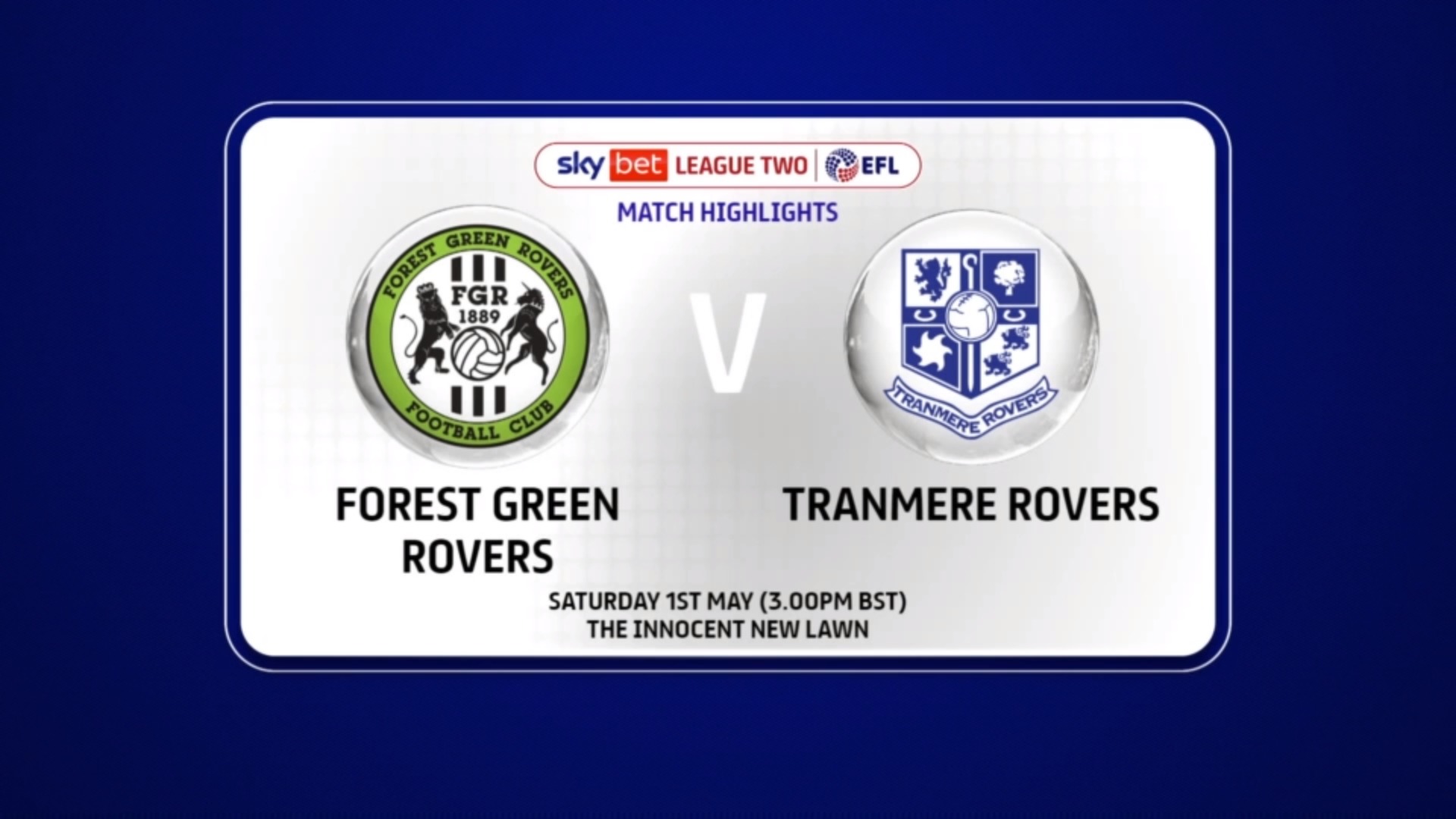 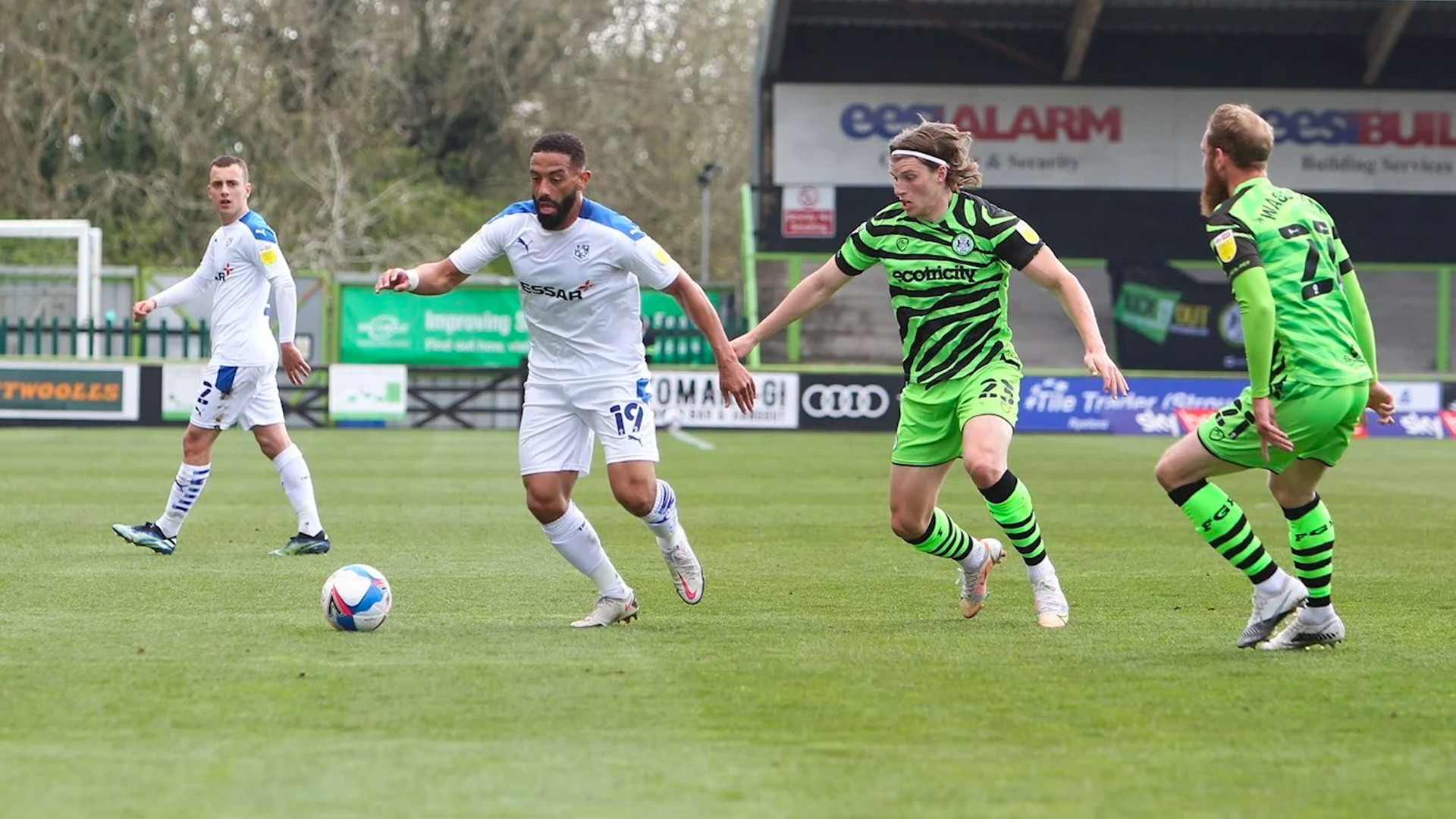