Tranmere Rovers take on Morecambe at Prenton Park on Thursday in the first leg of a League Two Play-Off semi final, 6pm kick off.

Rovers, under the caretaker charge of Ian Dawes and Andy Parkinson, finished the season in 7th place in League Two earning a place in the Play-Offs for the fourth time in five season (or four completed seasons).

Morecambe, managed by Derek Adams, missed out on automatic promotion on the final day of the season and finished in 4th place, still massively exceeding external expectations from the beginning of the season.

In Tuesday’s press conference, Ian Dawes said: “Apart from Scott Davies, nobody is definitely ruled out however there are a couple of players we have to assess before the game.”

A product of the Athletico Madrid youth system, Mendes Gomes has been a constant threat for The Shrimps this campaign.

After moving to England with his family in 2016, he signed for non league side West Didsbury and Chorlton but after two years there it was evident that Carlos could make the step up the pyramid.

In 2018 he signed for Morecambe and has this season in particular, displayed his attacking qualities and helped Morecambe to a 4th place finish this season.

Chipping in with 15 goals and five assists in all competitions, Rovers will have to be wary of Mendes Gomes’ pace and power going forward.

With the game being live on Sky Sports, it will only be live commentary available via iFollow. Audio passes are available for just £2.50! CLICK HERE to get your audio pass.

The TRFC radio team of Phill Wilkinson, Dave Higgins and Rob Edwrads will be in place at the Prenton Park  to provide live updates on proceedings.

Tranmere Rovers will travel to Morecambe on Sunday afternoon trailing 2-1 with the Lancashire side securing the win at Prenton Park.

Peter Clarke was the goal scorer for Rovers on the night, but only one goal seperates the two teams.

More than 3,000 TRFC fans were in attendance, and cheered their team on throughout, a great sight to see!

James Vaughan made his first start for the Club since our win at Leyton Orient in late February, as our top goal scorer partnered Corey Blackett-Taylor in attack.

Meanwhile, Morecambe, who finished in fourth position in League Two, were led from the front by former TRFC striker, Cole Stockton.

Rovers dictated the opening stages of the game, roared on by more than 3,000 home supporters, winning four corners in the first seven minutes as they put the early pressure on the Lancashire side.

An episode of ping pong inside the Shrimps penalty area caused mayhem as Rovers looked to stab the ball home, but Morecambe hacked clear, with the SWA encouraged with what they had seen so far.

However, Dawes and Parkinson’s men were wary of Morecambe’s strong statistics this season, and even when not seeing plenty of the ball, can punish teams, a key reason why they came within one game of automatic promotion.

A deep cross from Jay Spearing picked out the run of the returning Vaughan, and on the diving header, our number nine directed his header just wide of the mark.

Morecambe silenced the home crowd with 15 minutes played as Nathanial Knight Percival chested a cross past Joe Murphy, a cruel blow to the way Tranmere had started the match.

But Tranmere’s response was emphatic, and Clarke, standing in for TRFC legend, and Club captain, Scott Davies, connected with a Liam Ridehalgh cross to send Prenton Park in bedlam in the 19th minute.

Minutes later, Vaughan turned on a six pence and had a strike on goal, as Tranmere looked to turn the game completely on its head.

Tranmere were consistently putting on the pressure, as they tried to break down a compact Morecambe team, with Vaughan and Jay Spearing both having sights on goal.

Rovers boasted nearly 80% possession in the first half, but it was Morecambe went into the half time break 2-1 to the good when another deflected strike found it way past Tranmere, a very harsh blow.

The second half started with a lengthy break as a Morecambe player was injured, but Rovers again had another sight on goal as a Clarke header was hacked off the line.

Tranmere were struggling to match the same intensity from the first half, and with 20 minutes to go, Danny Lloyd, Paul Lewis and Kaiyne Woolery were introduced for Feeney, Khan and Blackett-Taylor.

Rovers nearly grabbed an equaliser from a corner which was well saved and directed behind, but Morecambe were trying to manage the game out and take their lead back to the Lancashire coast.

In the 78th minute, Vaughan was withdrawn for David Nugent, a solid return to action from Vaughan with the second leg only three days away.

A cross deep by Spearing nearly connected with Nugent perfectly but the striker was off balance.

However the visitors took the lead back to their ground for Sunday's second leg with Tranmere having work to do.

The return leg, which will be played on Sunday 23rd May at Morecambe, will kick-off at 12.30pm and will be available to listen to live on iFollow. To subscribe, please CLICK HERE.

Tickets will be split to cover both online sales and people in attendance at the Club Store this morning. Online sales will commence from 8.30am, and Club Store from 9am.

Sales are limited to six tickets per person.

Please note, to purchase tickets for the first leg is not the same ticket portal as purchasing a season ticket.

Please can all supporters stick to their allocated arrival time and we encourage all in attendance to have a lateral flow test before they arrive at Prenton Park. We can ask anyone showing positive symptoms or returning a positive test to follow the Government guidance in place and not attend the game. 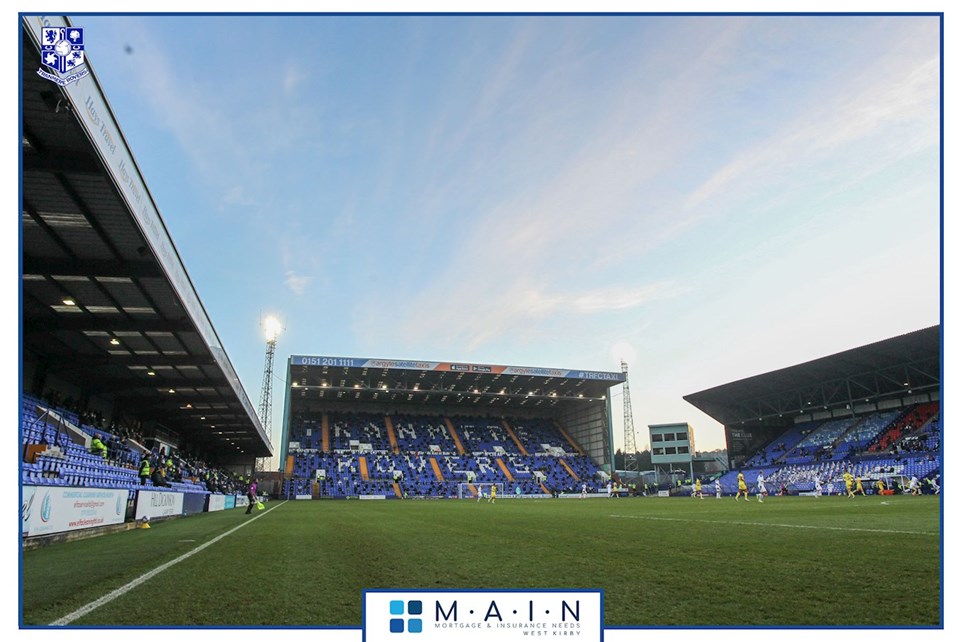 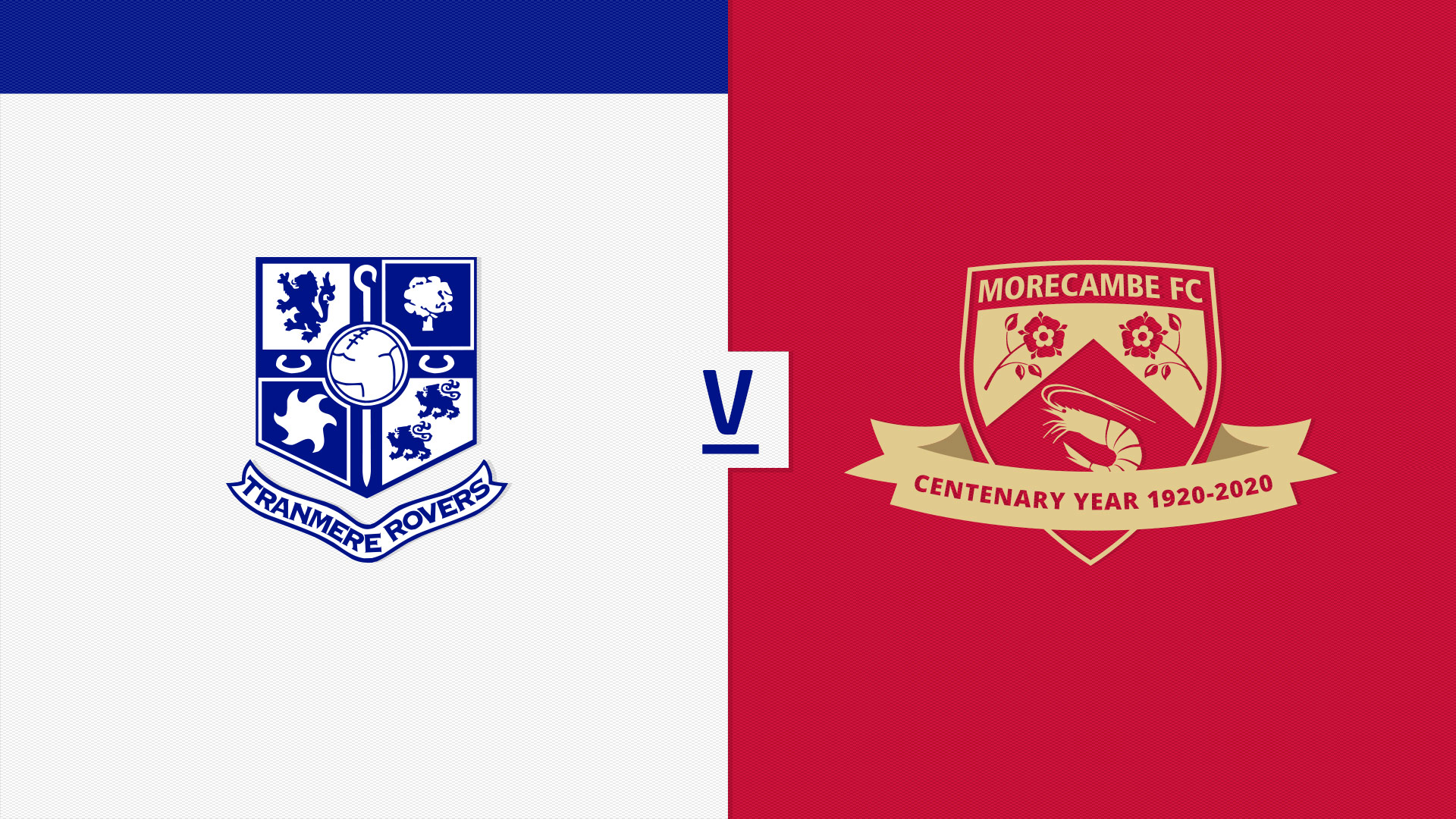 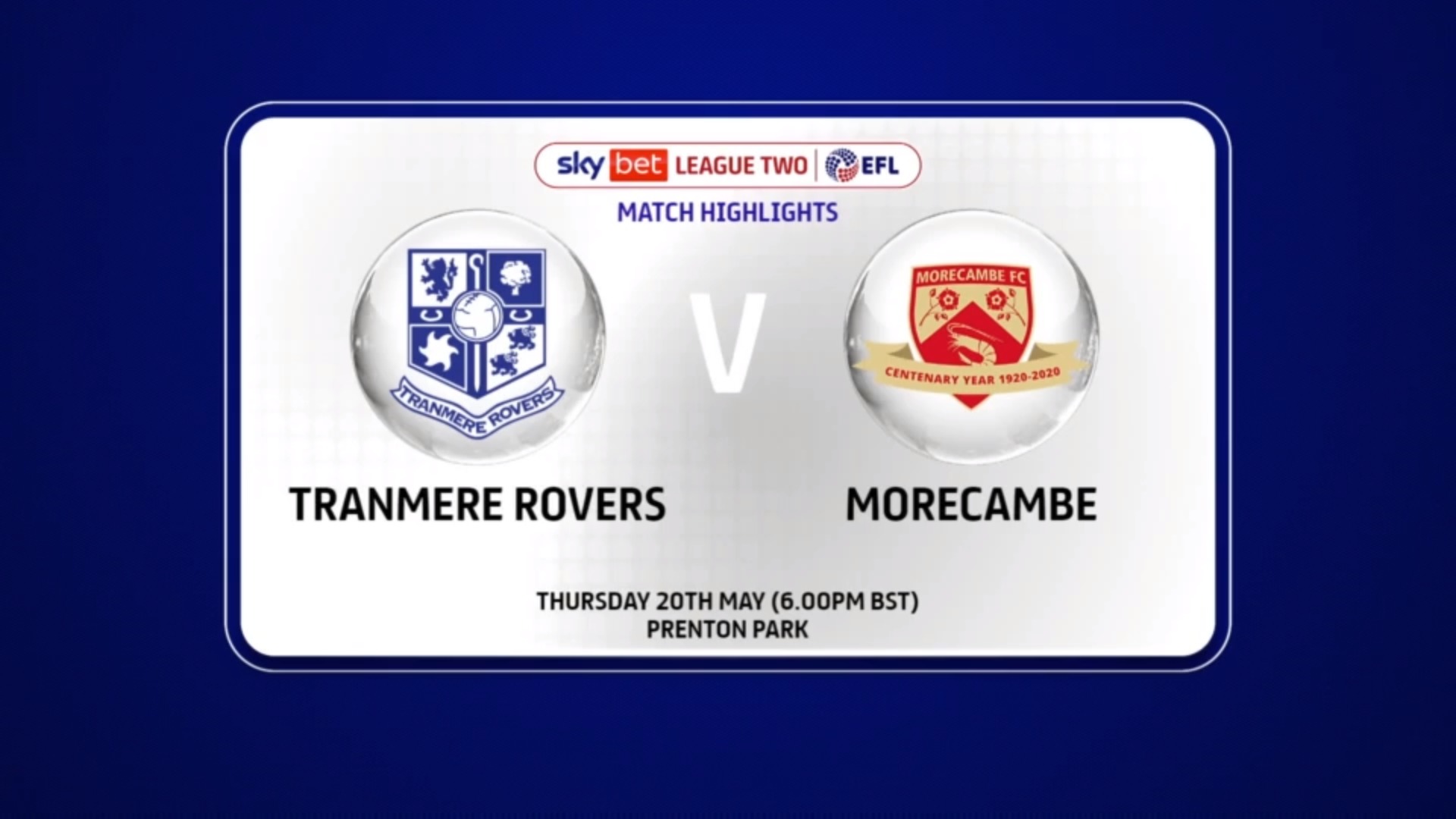 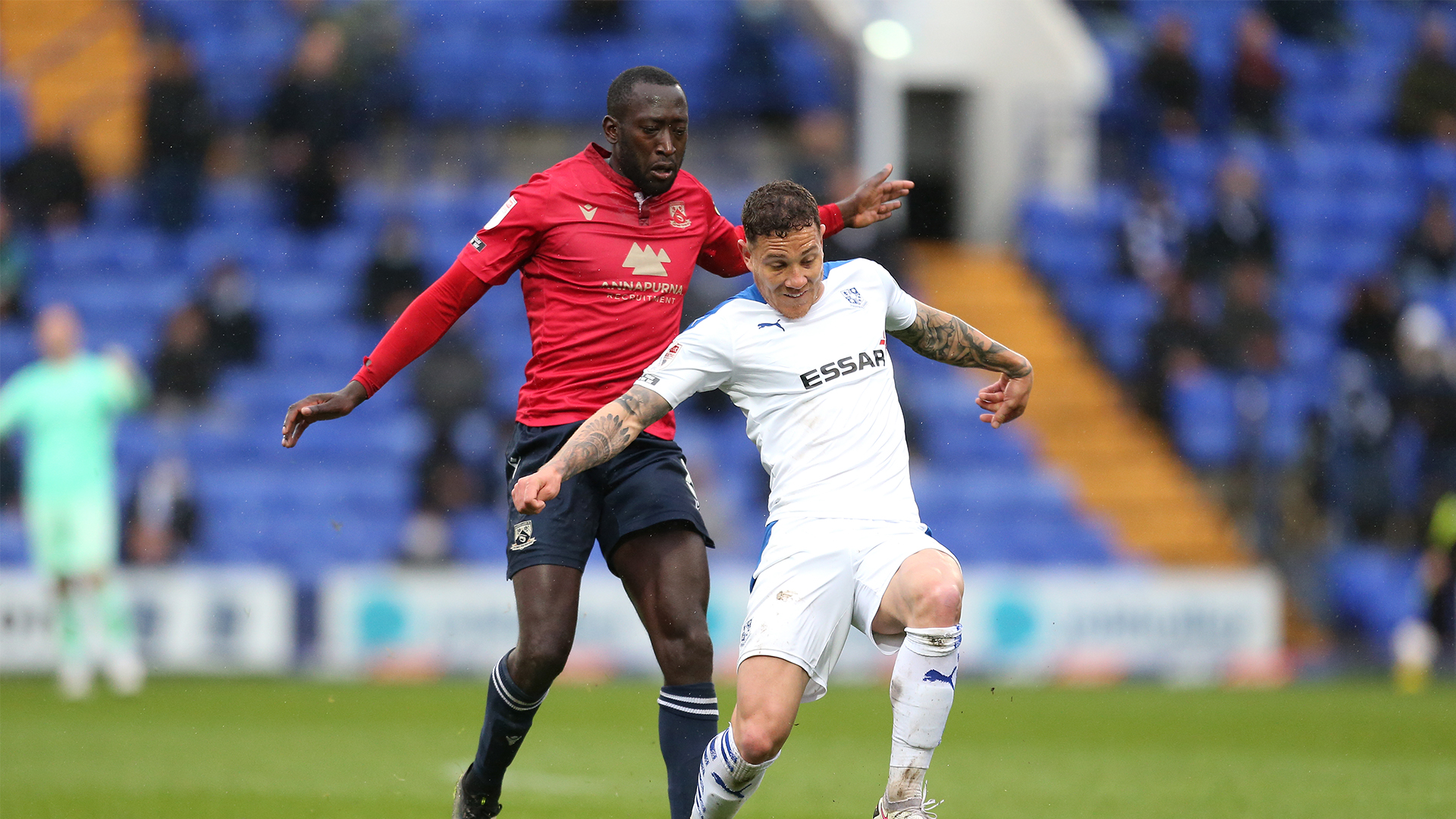