Tranmere Rovers make the trip to Yorkshire on Tuesday night to take on Harrogate Town in Sky Bet League Two, kicking off at 7pm.

Harrogate currently sit 12th in the league table with 15 points from the opening 10 games.

The sides last met earlier this season in the very first competitive game of our season in the Carabao Cup with Harrogate edging the tie on penalties. This was also the first ever competitive meeting between the two clubs.

The team will be led by Ian Dawes and Andy Parkinson. Manny Monthe came through his first game back unscathed whilst Kaiyne Woolery got through 70 minutes on his return to action.

Mark Ellis is a doubt after picking up a knock in the away game at Crawley.

Stefan Payne is still out with a groin injury and Morgan Ferrier is still struggling with a hamstring issue.

Experienced forward Jack Muldoon has been a key source of goals for Town both in the National League and in their first taste of the Football League.

The 31 year old has notched six league goals already for Harrogate which includes two braces, one against Southend and then the other against Grimsby.

The TRFC radio team of Phil Wilkinson and Rob Edwards will be in place down at the CNG Stadium to provide live updates on proceedings.

Tranmere Rovers secured their first away win of the season as Otis Khan struck with just over ten minutes to play to seal a well deserved three points for the visitors at Harrogate Town.

Ian Dawes and Andy Parkinson drafted in Jay Spearing, Liam Ridehalgh and Corey Blackett-Taylor for the contest against Sulphurites, with Kaiyne Woolery, Ollie Banks and Calum MacDonald named on the bench.

Tranmere raced out of the traps in Yorkshire, as Blackett-Taylor collected a miss placed back pass to run at the Town defence but crashed his shot over.

Harrogate followed this opportunity up with two half chances from range, neither testing Scott Davies.

Chances were at a premium for both sides, but Tranmere were looking a threat on the counter attack, with Harrogate seeing the majority of possession but still not causing Davies any form of concern.

The dangerous Liam Feeney whipped in a delightful cross with his right peg in the 34th minute, causing Town major concerns, but Tranmere were unable to connect with the cross, but big chance for the visitors.

The counter attack again proved to be a weapon for Rovers as Blackett-Taylor’s pace escaped the Harrogate defence, as he played the ball wide to Feeney, but again, his cross avoided this time, Paul Lewis, awaiting in the box.

Blackett-Taylor was growing into the game, and his pace and tricky was causing Harrogate issues as he played a cunning cross into the box which nearly crept in at the back post.

The best chance of the half came right at the end when James Vaughan went through on goal after a mistake at the back but he hit the post, huge chance for TRFC.

Tranmere made a strong start to the second period as Blackett-Taylor again got the better of the Harrogate full back to cross but a yellow shirt got in the way to clear.

A deflected Keiron Morris attempt from 25-yards was Rovers’ second opportunity of the half, and minutes later, Blackett-Taylor hit wide with a deflection on the shot.

A strike from range by Brendan Kiernan was the first chance for Harrogate in the second period and at the other end, Blackett-Taylor hit wide from 20-yards. Seconds later, James Vaughan struck an ambitious 30-yard effort just wide as Tranmere’s momentum continued to grow.

Midfielder Spearing, returning to the side, saw an opportunity to take aim with 15 minutes remaining, but he missed the target by a fraction.

And it was an immediate impact from the subs, as Khan was left in acres of space in the penalty area to side foot Tranmere into the lead with 79 minutes on the clock.

Unfortunately the game was suspended for more than ten minutes, due to an injury to Harrogate man, Will Smith, and everyone at TRFC wishes him a speedy recovery.

In the dying embers, Harrogate pilled on the pressure and missed a glorious chance as they scuffed a close range shot into Davies' grateful hands as TRFC held on for a deserved three points.

Tranmere now move onto this weekend’s FA Cup tie at home to Accrington Stanley, kick-off at 3pm this Saturday. The game is available to watch on iFollow for just £10 by CLICKING HERE. 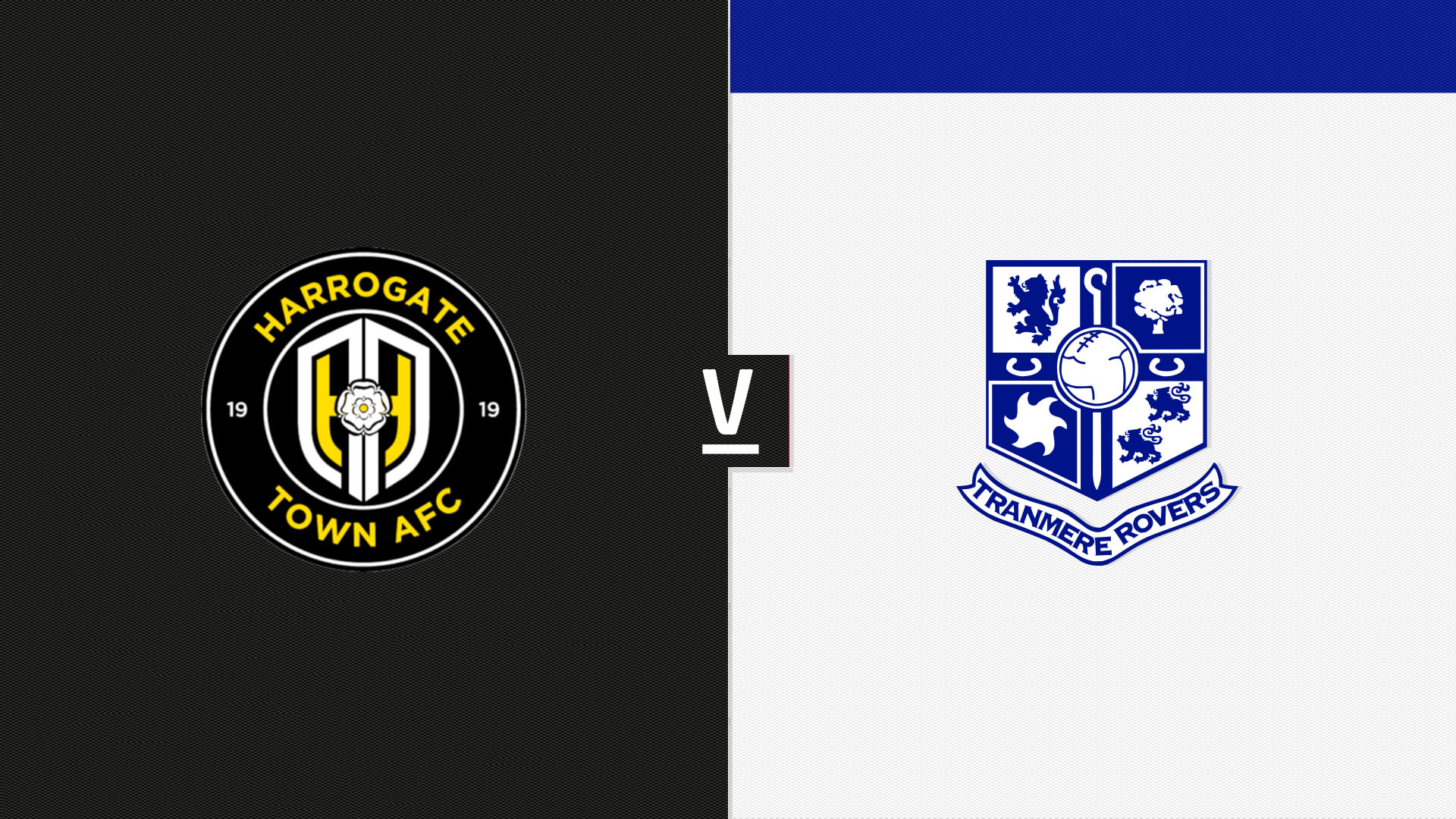 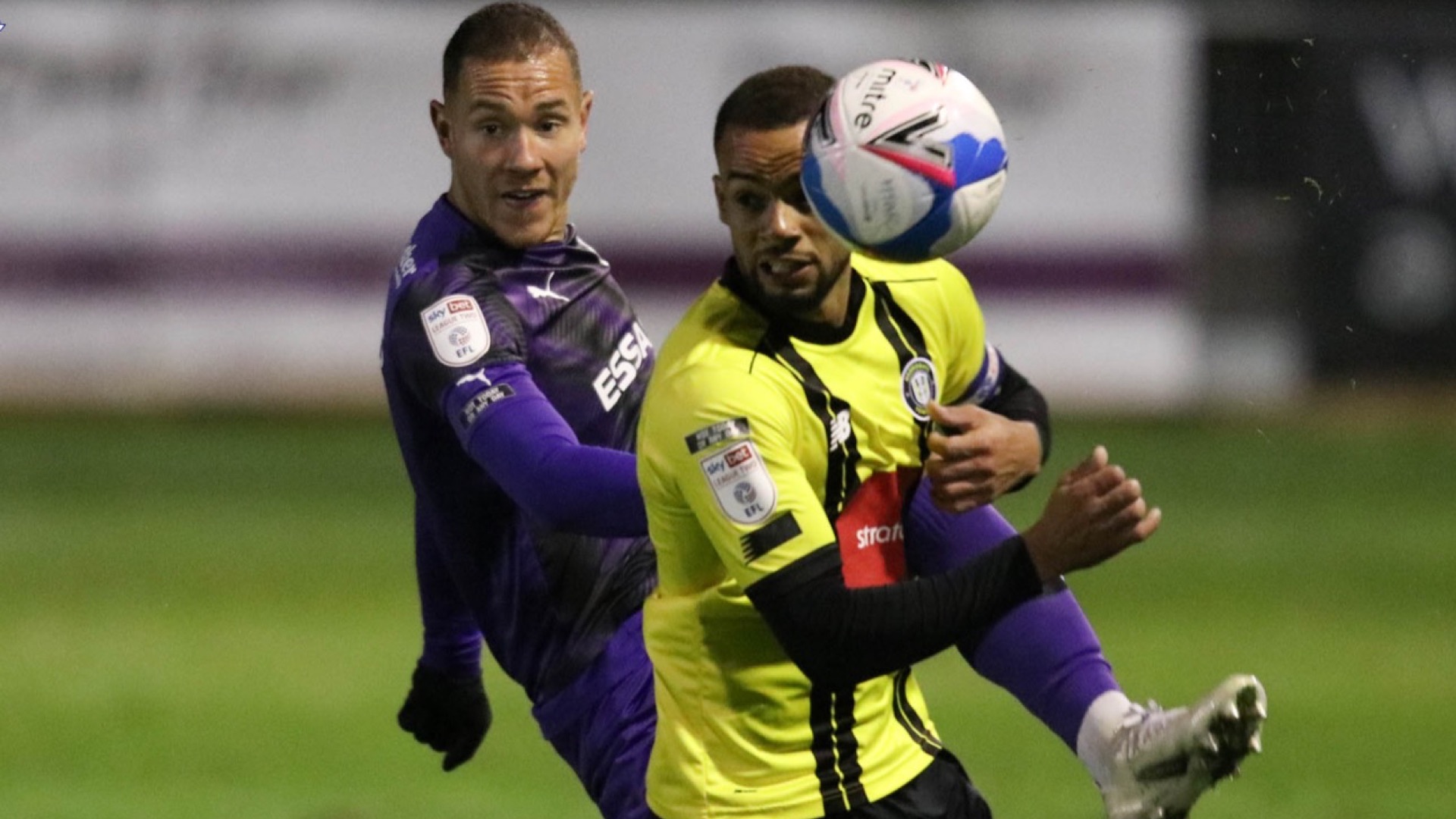 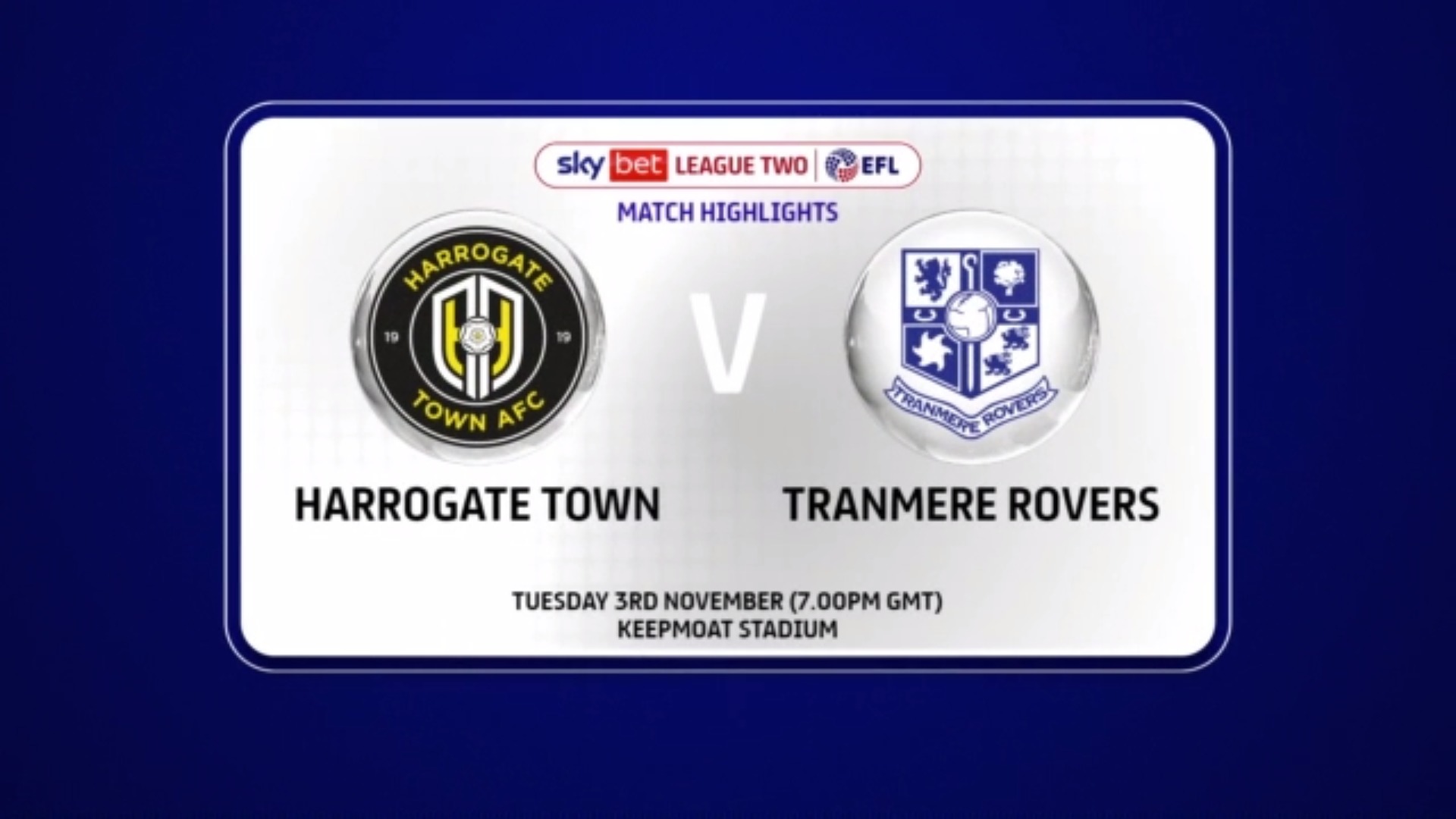