Rovers travel to Burslem off the back of a league win against Harrogate and victories against Accrington Stanley and Wigan Athletic in the Emirates FA Cup and Papa John’s Trophy respectively.

Port Vale currently sit just inside the play offs in 7th place having won 19 points from their first ten games.

Liam Ridehalgh came off with a groin injury on Wednesday which will require a scan so he will miss out. Paul Lewis returned to light training this week but the game may also come too soon for him. Stefan Payne is also out with a long term injury.

Lee O’Connor is away on international duty with Republic of Ireland so will miss this game.

Morgan Ferrier got his first 45 minutes under his belt since going off injured at the start of the season. He could feature for Rovers again this weekend in some capacity.

A very well-known name in the EFL having played over 500 games in all competitions, Pope provides not only goals but a real target and physical presence for the Valiants.

He recently bagged his 150th goal of his career away at Southend United, a game in which he scored a brace.

Those were his only goals to date this season however he’ll be eager to add to his tally on Saturday afternoon.

The TRFC radio team of Phill Wilkinson and Adam Siddorn will be in place down at Vale Park to provide live updates on proceedings.

Please note season ticket holders do not receive iFollow match access for away games so will have to purchase a match pass to watch this fixture.

Tranmere trailed 2-0 at half time, but at the beginning of the second period, the hosts went down to ten men. Rovers capitalised on this with a brace from James Vaughan to tie the score before Vale went 3-2 up from substitute Devante Rodney.

However, our fight and desire shone through and it is never over until it is over, as Rovers hit two great stoppage time goals to seal a deserved three points on the road, and back to back away wins.

Lee O’Connor missed the game as he is away with Ireland on U21 international duty, whilst fellow defender Liam Ridehalgh was injured, likewise midfielder Paul Lewis.

Liam Feeney was absent as his partner gave birth on Friday, and Joe Murphy missed out through illness.

Tranmere were looking dangerous in the final third with Corey Blackett-Taylor looking bright by taking on his opponent on two separate occasions in the opening seven minutes.

Otis Khan rattled the frame of the bar with 11 minutes on the clock from 20 plus yards, as he looked for his second league goal in as many games, as Rovers’ bright start continued at Vale Park.

Against the run of play, Vale were awarded a penalty as Jay Spearing was alleged to have fouled David Worrall. Up stepped Vale man, Tom Conlon, to side foot home into the right hand corner, as the hosts took an undeserved lead following the bright 15 minute opening by Rovers.

Tranmere were positive with their play despite the set-back as league debutant Danny Lloyd and Calum MacDonald both had shots from the edge of the box within six minutes of going behind.

However, it was Port Vale who found the net yet again, when a clever corner routine resulted in David Amoo finding acres of space in the Rovers’ penalty area to smash the ball beyond Davies.

Into the second period, Tranmere had early strikes through Blackett-Taylor and Lloyd. The hosts were reduced to ten men in the 52nd minute as Luke Joyce had both feet off the ground with a late lunge on Keiron Morris, giving referee Carl Brook no choice but to brandish the red card.

Tranmere soon took advantage of the man advantage as Vaughan slide home from close range after excellent work by Blackett-Taylor on the left hand side, as he put the cross into our top goal scorer’s feet to pull one back.

Tranmere had the ball in the back of the net soon after but it was ruled out for what appeared to be a handball, as the visitors mounted the pressure.

In the 69th minute, Rovers were awarded a spot kick as Blackett-Taylor was fouled in the penalty area. Striker Vaughan stepped up and smashed the ball into the roof of the net.

Tranmere made their first change soon after the equaliser as Lloyd was replaced by Morgan Ferrier as the visitors went in search of a winner at a rain sodden Vale Park.

However, Vale went back ahead with 15 minutes to play, as Rodney headed a free-kick home.

A second change for Rovers soon followed as Blackett-Taylor came off for Kaiyne Woolery and a third alteration saw Sam Smith on for Sid Nelson.

Into added time, and Tranmere’s persistence paid off as Woolery fired home at the back post to put the visitors level.

And absolute scenes with pretty much the last kick of the game, Morris blasted home from the edge of the penalty box to secure a massive three points, sending everyone connected with Tranmere inside the stadium into bedlam.

Tranmere are next in action on Saturday 21st November at Prenton Park, as we host Grimsby Town, 3pm kick-off. The game will be available to watch on iFollow, and all non-season ticket holders can purchase their match pass now by CLICKING HERE.

The match report for this season is MAIN. Please CLICK HERE to visit their website for all mortgage and insurance requirements. 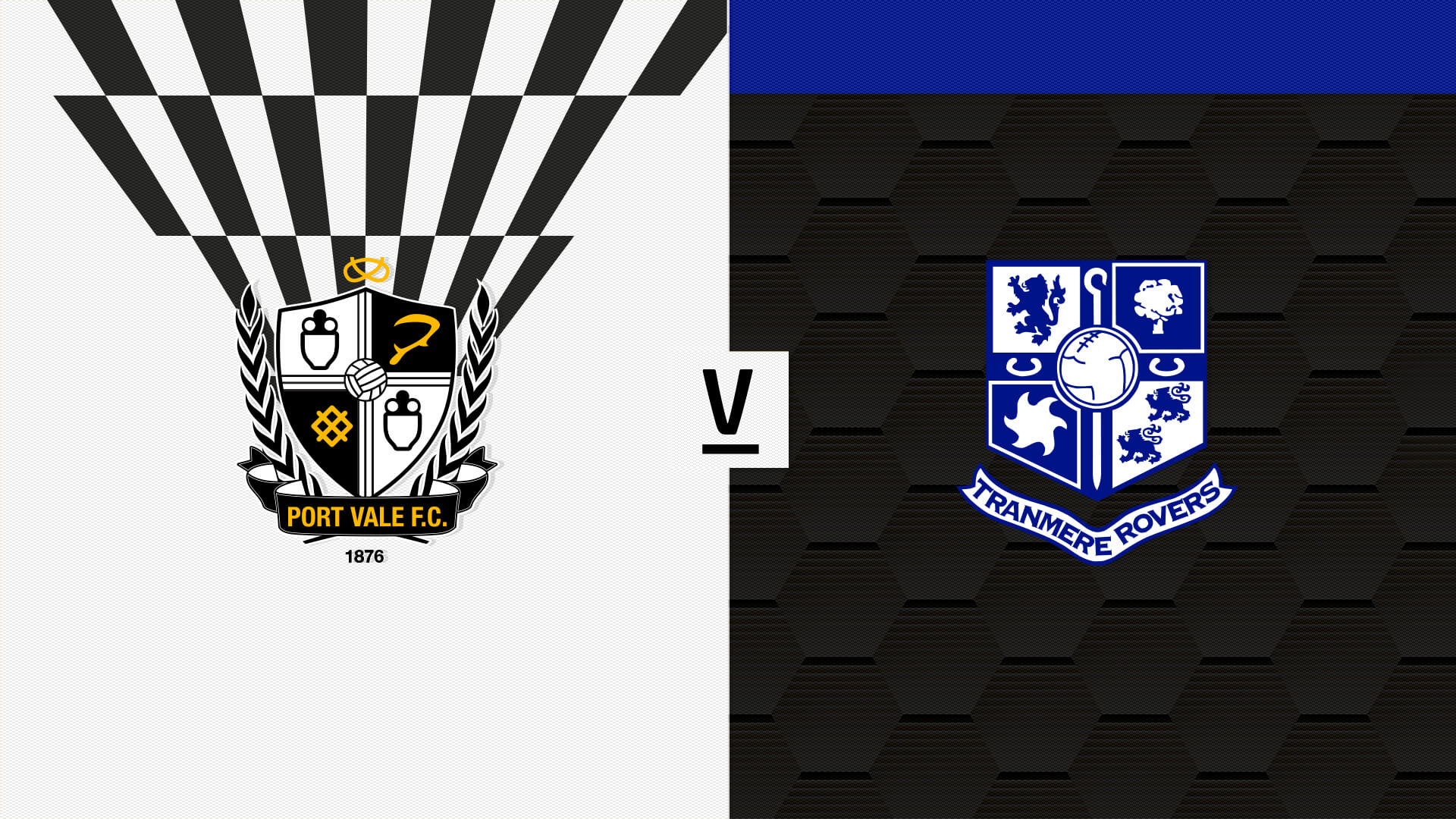 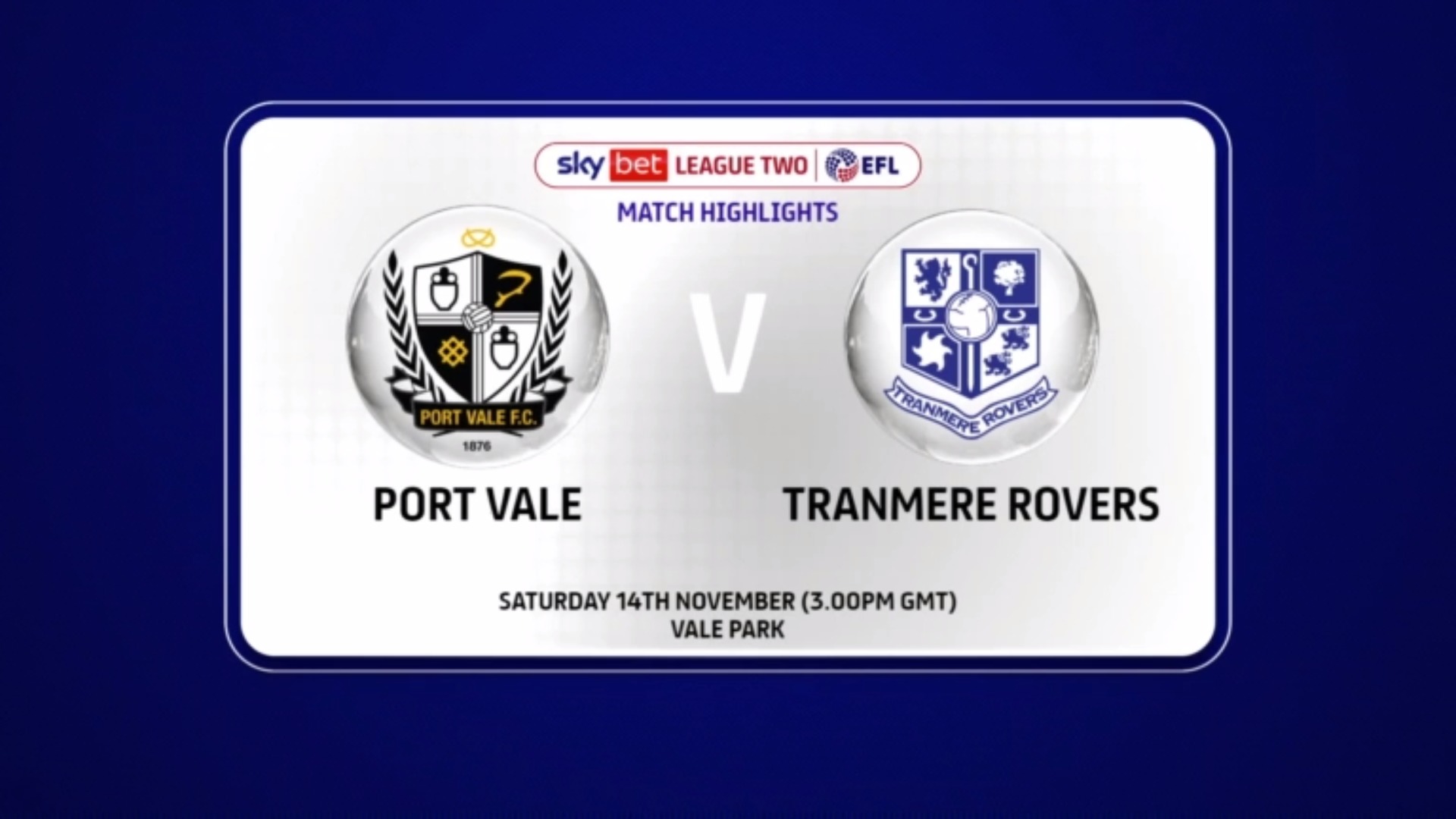 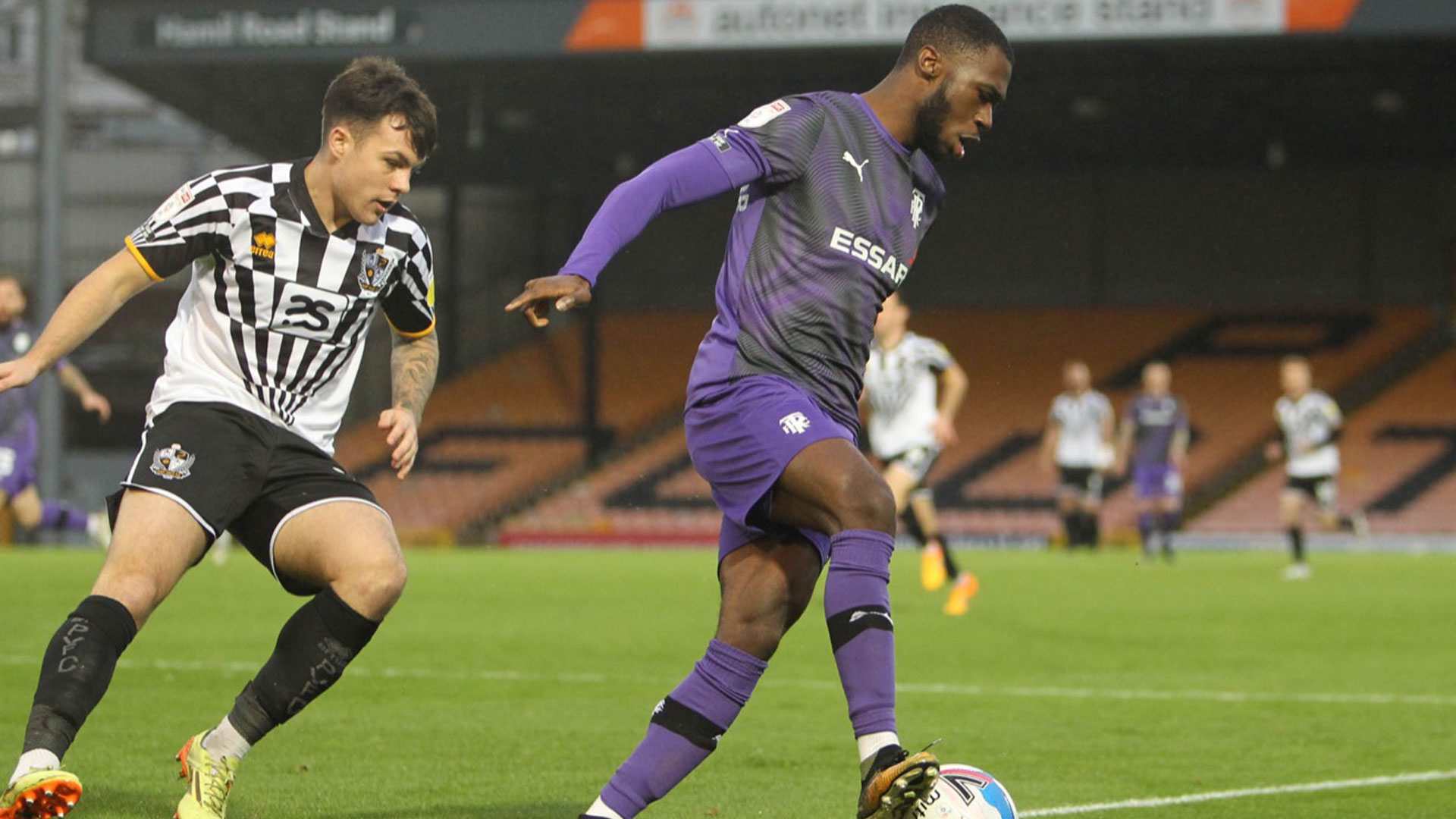