Keith Hill's reign as manager of Tranmere Rovers began with all three points with a fourth league win in a row after a 1-0 triumph against Carlisle United courtesy of a second half strike by Corey Blackett-Taylor.

Rovers were on the front foot throughout, and Blackett-Taylor hit the winner in the 50th minute, moments after having what looked like a clear goal not allowed by the referee as it was not adjuged to have crossed the line.

Tranmere withstanded late pressure from the visitors, but sealed a deserved win at Prenton Park ahead of Friday's FA Cup tie at home to Brackley Town.

Rovers named an unchanged line up for the game against Carlisle United under the floodlights at Prenton Park.

Tranmere had a sight on goal in the seventh minute as Otis Khan shot was parried over the crossbar by the goalkeeper. From the resulting corner, James Vaughan got in front of the United defence to direct a header over the cross bar.

Scott Davies made a stunning save to deny Joe Riley with a diving header from a corner, the first big opportunity of the half for the visitors.

It was a very tight affair between two of the inform teams in the league, with not much to separate both sides in the early exchanges in Wirral.

Both teams were having half sights on the opposition goal but unable to test either shot stopper, as the closing down by both teams when the other has had possession was excellent.

The second period began in controversy as Blackett-Taylor seemed to have the ball in the back of the net after a fierce strike could only be parried by Paul Farman, and the ball seemed to fall over the line but the referee or linesman said no.

But there was no doubt about Corey’s second shot minutes later, as he beat his man to thunder the ball into the back of the net, as Tranmere’s quick start to the final 45 paid off.

Tranmere were in full flow and dominating the game against the Cumbrians, as Peter Clarke’s passing from the back was picking out Blackett-Taylor each time.

Carlisle mounted some pressure just after the hour mark, but Clarke, who played a wonderful pass for Blackett-Taylor’s goal to collect the assist, made a crucial block to deny United at the other end what could have been a certain equaliser.

Tranmere’s first change came in the 64th minute, as Liam Feeney was replaced by Paul Lewis.

A second for Rovers was so close with 15 to play, as a free-kick from the right by Khan, who had worked tirelessly all match, was met by Vaughan, but his header was wide.

It turned out to be Khan’s last kick of the ball, as he was replaced by Danny Lloyd, and Blackett-Taylor came off in place of Kaiyne Woolery in the 75th minute.

Scott Davies made a tremendous save late on to deny Carlisle with a finger tip push around the post. The last change for Tranmere came in the 90th minute, as Sid Nelson came on for Vaughan.

Tranmere held on despite late pressure from the inform Cumbrians to seal a valuable three points and a fourth win in a row in the league.

Rovers will be next in action on Friday evening when we host Brackley Town in the second round of the FA Cup and the game will be available to listen to only on iFollow, kick-off 7.55pm. Please CLICK HERE to buy your audio pass.

The match report for the game between Tranmere and Carlisle is sponsored by MAIN. Please CLICK HERE to visit their website. 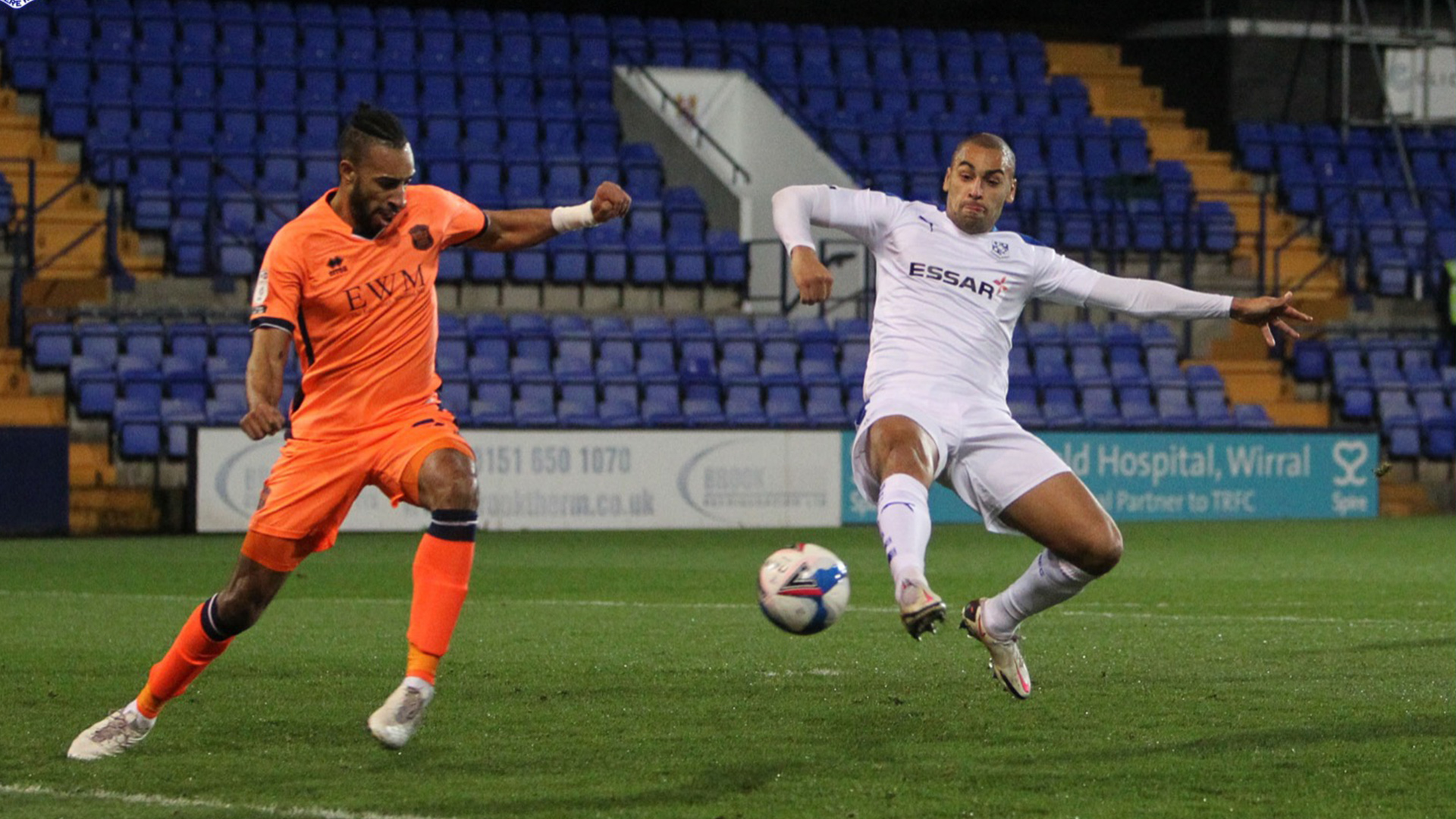 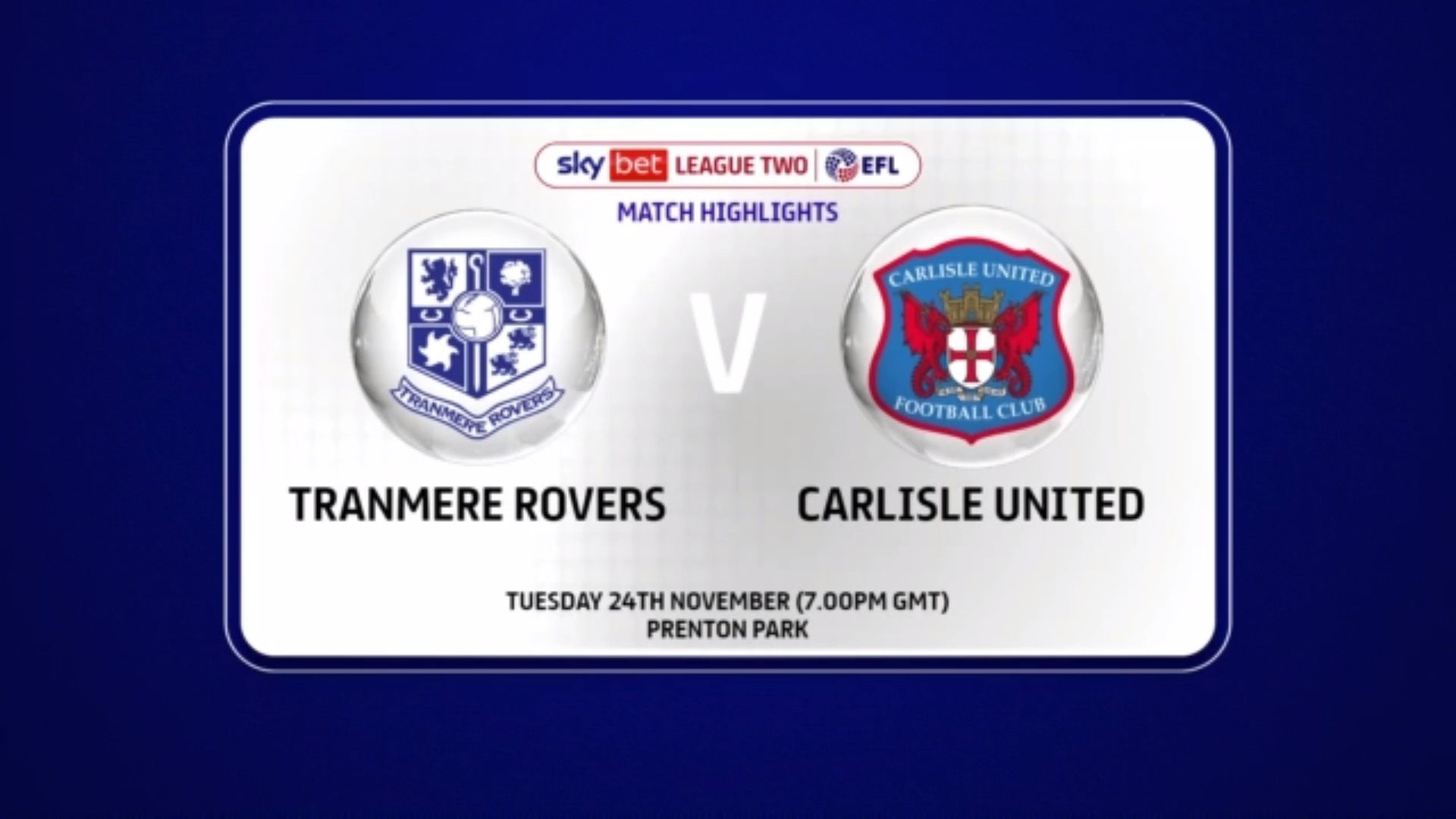 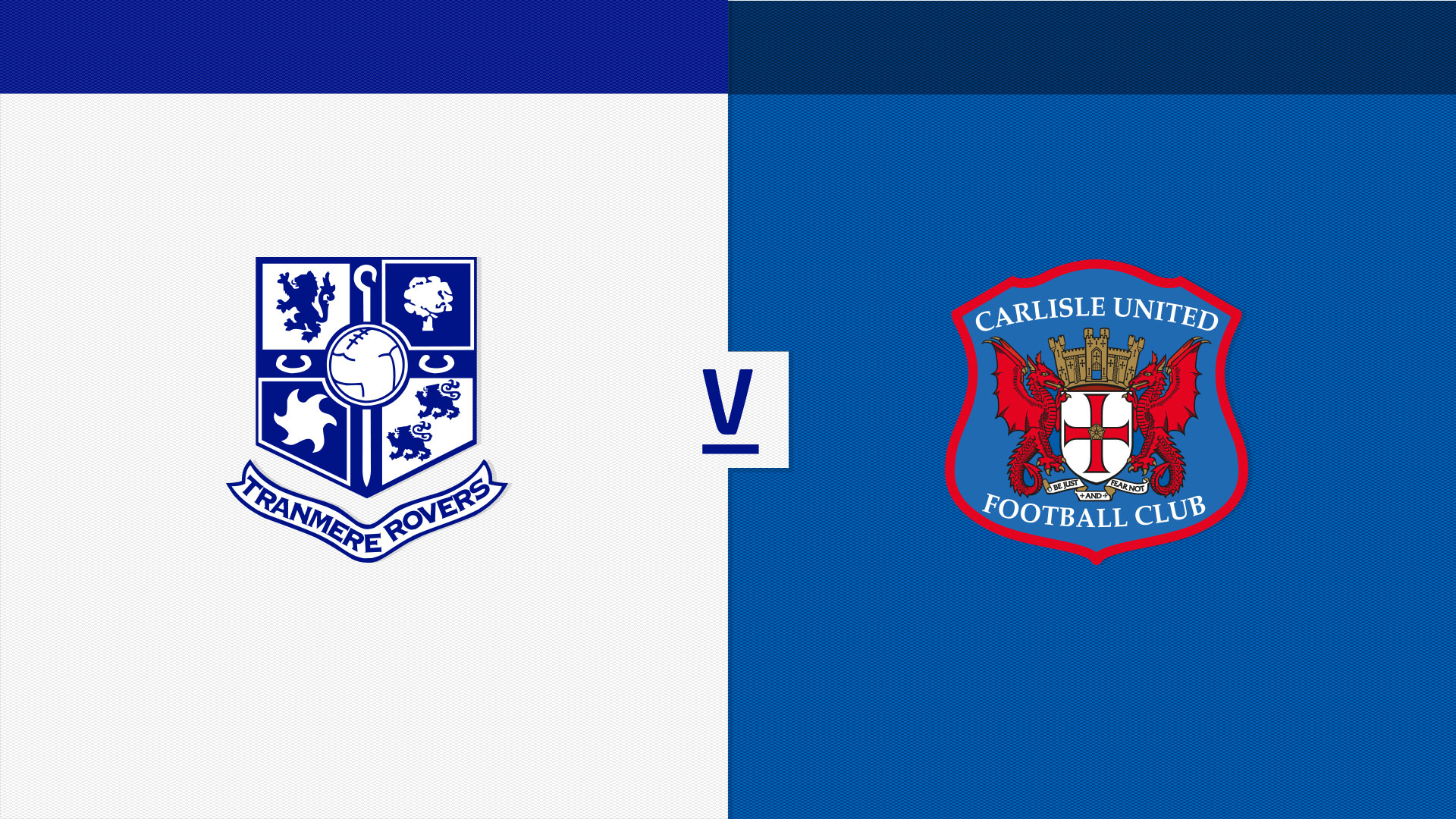