Tranmere Rovers make the trip to Crawley Town on Tuesday evening as they aim to make it two wins out of the last two.

The sides last met in the 2018/19 on the final day of the season with Crawley winning the game 3-1 as Rovers had already turned their attention to the play-offs. Earlier that season, Rovers were 5-1 victors at Prenton Park.

Corey Blackett-Taylor returned to the bench on Saturday after a spell out with a hamstring injury. Work on his return to full fitness will continue this week.

Manny Monthe may again be a doubt with a knee problem whilst Stefan Payne has been ruled out for three months after surgery on his groin.

Morgan Ferrier is still struggling with a hamstring issue.

The 27 year old has experience of both League One and Two with Exeter City, Peterborough United and Bristol Rovers before signing for Crawley this summer.

The forward has played a career total of 333 games, scoring 73 goals. In his eight appearances so far this season, Nichols has netted on two occasions in wins over Scunthorpe and Oldham.

The TRFC radio team of Phil Wilkinson and Rob Edwards will be in place down in Sussex to provide live updates on proceedings.

Tranmere Rovers fell to a 4-0 defeat at Crawley Town on Tuesday night. Three of the hosts goals came in the first half, and they added a fourth late in the second period.

Rovers had chances in the second half but were unable to find the back of the net, as Crawley claimed all three points in Sussex.

In the early stages, Crawley man Jack Powell hit a fierce effort from 20-yards, which was pushed away by Scott Davies, and the home side missed the follow up.

Moments later, the hosts missed again as Max Watters hit over from an acute angle, two early let off for the visiting Super White Army.

However, Watters didn’t miss his second opportunity as a through ball from the Town midfield cut Rovers apart, and the attacker calmly slotted beyond Davies to put Crawley ahead.

A nice passage of play by Rovers resulted in a clever flick by James Vaughan into the path of Jack Young, with time on his side, our number 15 struck wide.

Crawley doubled their advantage in the 21st minute, as Tom Nichols found space to get inside the hosts penalty area and drove home.

The home side went 3-0 up when Jordan Tunnicliffe headed home from close range after a corner.

Rovers responded to the deficit by making their first change as Liam Ridehalgh was withdrawn for Lee O’Connor.

Unfortunately, Mark Ellis had to make way for the visitors, with an injury, and on in his place was Sid Nelson.

Tranmere had a late opportunity in the first half when Sam Smith nearly nipped in on goal but plenty of work to do in the second period.

The visitors made a brighter start to the second period as Vaughan and Smith linked up well but the latter couldn’t reach the ball with the keeper quickly smothering.

Tranmere went close after a good save from Davies, as Young again struck from range, but his effort deflected wide of the post, but the referee said it came off a Tranmere shirt.

Great defending by Crawley denied Keiron Morris with a close range header after a brilliant cross from Liam Feeney.

On the counter attack, Tranmere had options moving the ball forward with Morris, but he opted to shoot, which went over the crossbar.

Crawley however made it four through Tyler Frost, the substitute, as he picked up a deflection on the right hand side to hit the ball into the far corner.

Smith had a late chance for TRFC in stoppage time but the score finished 4-0 and our next fixture is at home to Morecambe this weekend. 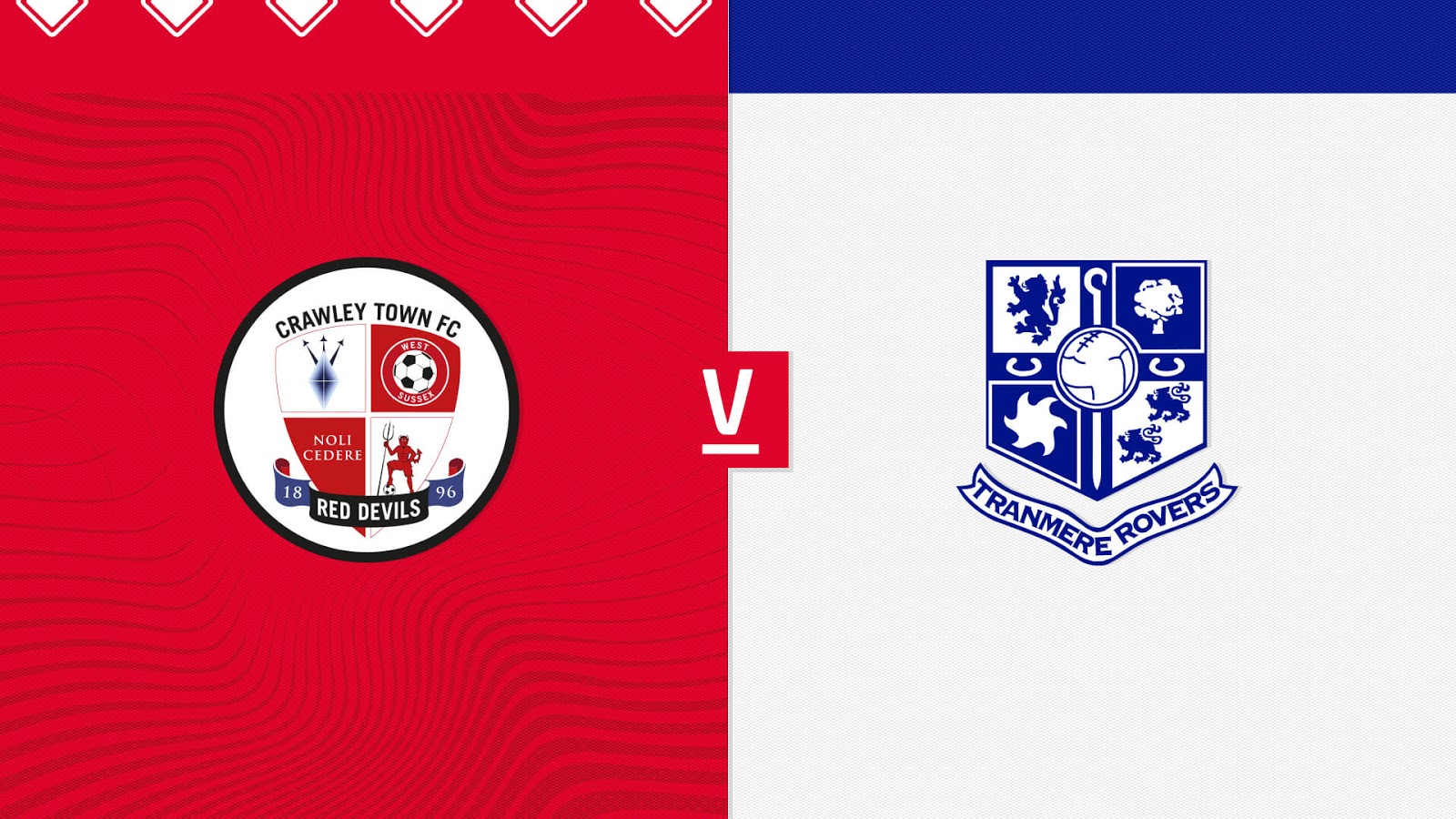 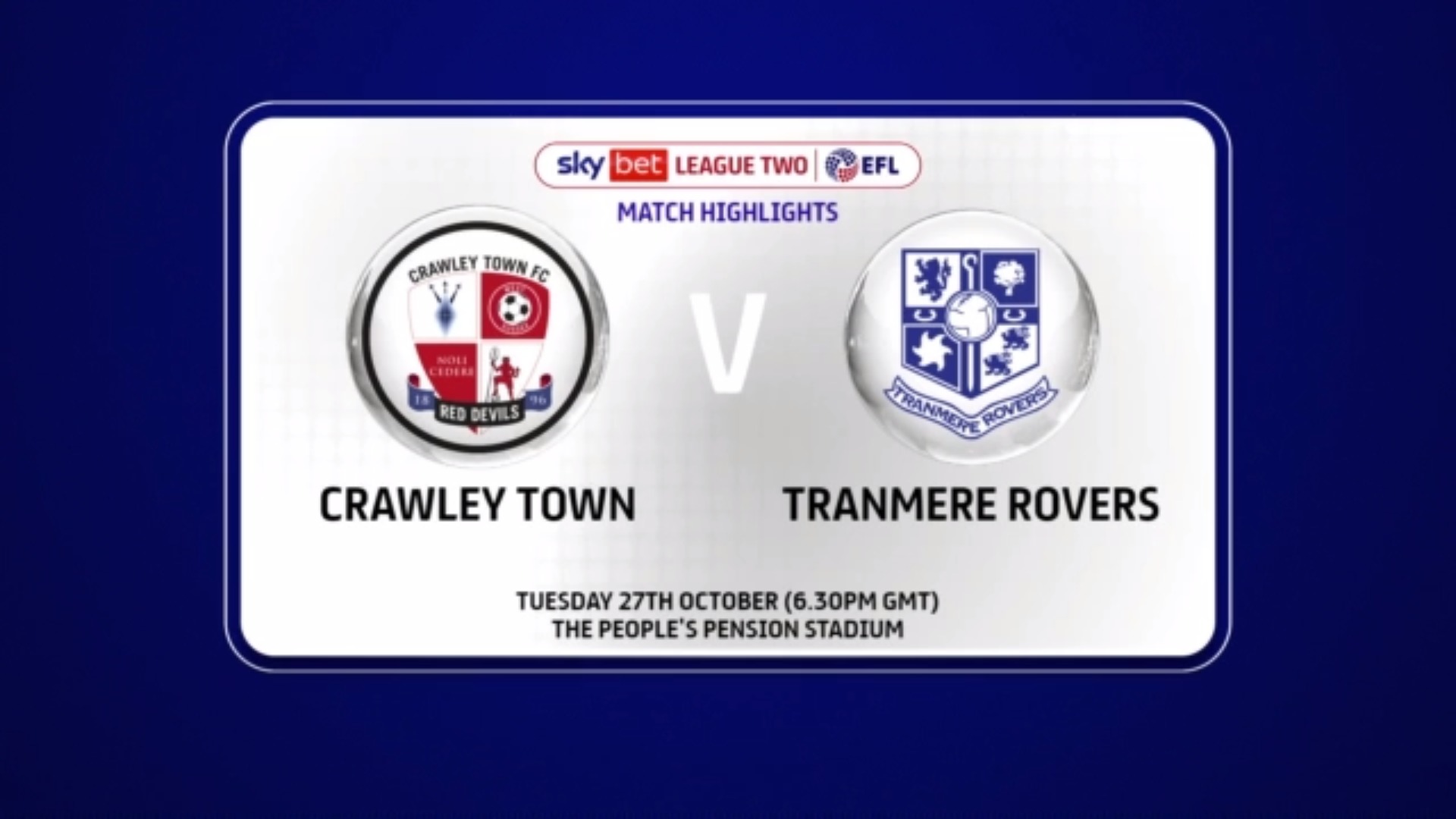 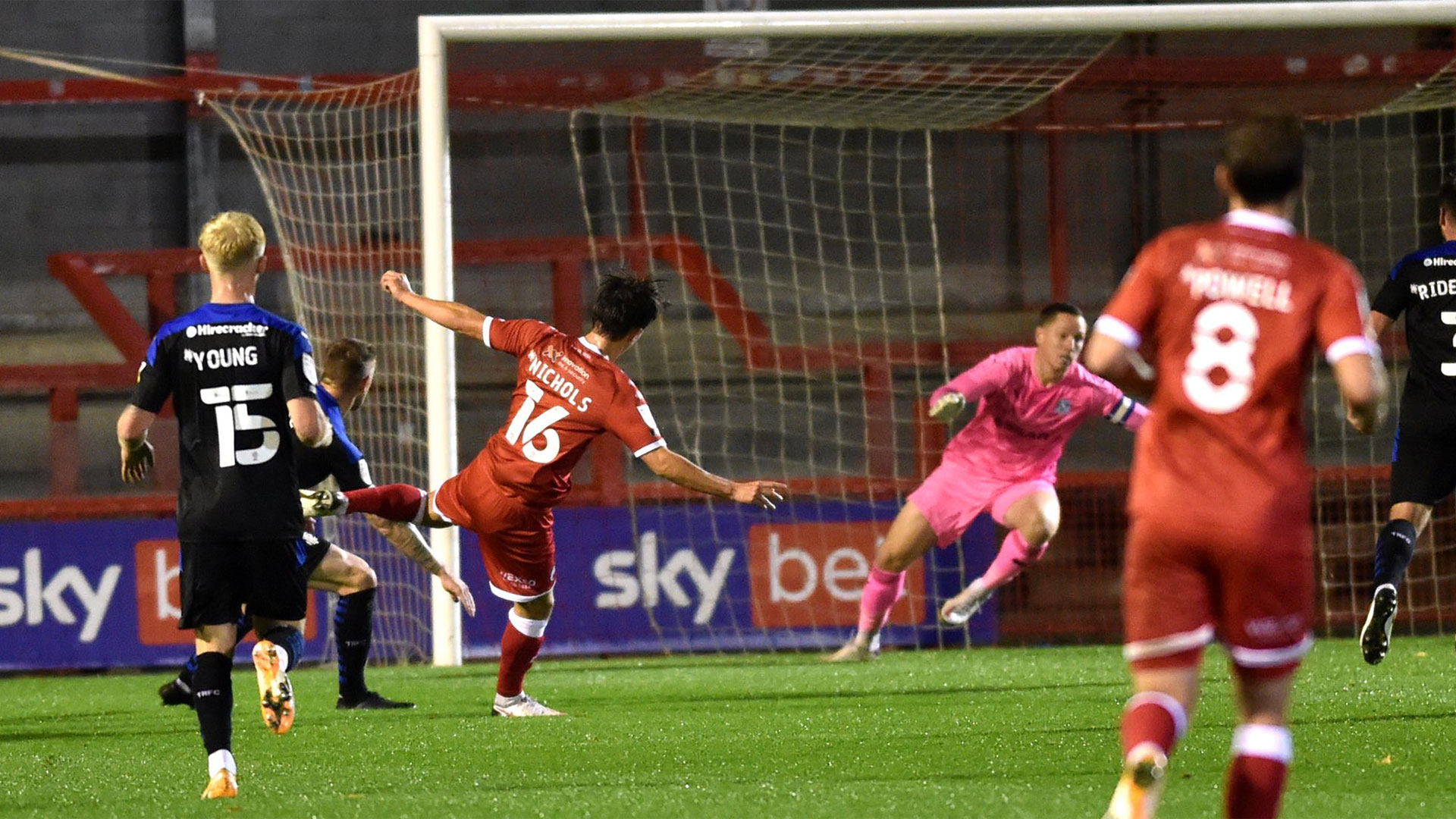