Tranmere Rovers take on Salford City in Sky Bet League Two on Saturday afternoon, seeking back-to-back victories in the division under manager Mike Jackson.
The Whites are unbeaten in their previous three fixtures in all competitions heading into this encounter, while Graham Alexander’s side are yet to taste defeat in League Two this campaign.
Team news
Jackson provided injury updates on a number of first-team players during his pre-match press conference, with Morgan Ferrier, Corey Blackett-Taylor, Stefan Payne and Liam Feeney all expected to miss out.
“We’ve had a bit of bad news on Stefan Payne. He got injured in training on Thursday: he went into a tackle and slipped at the same time. It doesn’t look a good one, so we’re still waiting to find out a little bit more about that,” said the Rovers’ boss.
He added: “Kaiyne Woolery is going along OK, but is still touch-and-go. Corey has had a week of training, but it might just be a little bit too early for him. Morgan Ferrier is still a little bit away; he’s had a little bit of a setback with his. Liam Feeney has come along well and is hopefully trying to do a bit of training next week.”
Match officials
Referee: Samuel Allison
Assistant referees: Ravel Cheosiaua and Matthew Smith
Fourth official: Steven Rushton.
One to watch
Ian Henderson.
Signed from Rochdale in the summer, the 35-year-old forward has started his Salford career brightly and will pose a major threat in front of goal when the sides meet.
Henderson has scored four goals in his opening four matches for Alexander’s side and is currently the top scorer in the fourth tier.
The prolific marksman struck 112 times in 297 league appearances for the Dale and has previously represented Norwich City in the Premier League.
Match coverage
With supporters currently unable to attend live games, an iFollow individual match pass can be obtained for £10.
The TRFC radio team of Phil Wilkinson and Adam Siddorn will be in place at the Peninsula Stadium to provide live updates on proceedings.
For all non-season ticket holders based in the UK, individual match passes for every Tranmere Rovers game are priced at just £10. For full information on how to sign up for iFollow is available by CLICKING HERE.
Alternatively, you can follow the action through our social media channels below, with full text coverage during the fixture, followed by a match report.
Twitter: @tranmererovers
Facebook: @trfcofficial
Instagram: @tranmererovers
Did you know?
Saturday’s fixture marks a first official league meeting between the two teams.

An emphatic fight back in the final five minutes secured a deserved point for Tranmere Rovers at promotion hopefuls Salford City.

Trailing 2-0 with five minutes to go, goals from Kieron Morris and a stoppage time equaliser from Paul Lewis sealed a deserved draw after Salford led 2-0 at half time.

Rovers fully deserved their point after a fantastic second half performance, and stretches our unbeaten run to four matches in all competitions.

Salford went ahead in the first two minutes, a cross from James Wilson from the right was met by a deflected shot from Ritchie Towell.

Tranmere nearly responded emphatically was Jake Burton and Kaiyne Woolery linked up well to play Otis Khan but the midfielder was denied by a smart low save from the goalkeeper.

A thunderous strike from Wilson made it 2-0 as he collected the ball on the right hand side, and let loose from the edge of the box as it fizzed past goalkeeper Joe Murphy.

Tranmere were finding space in the opposition and with ten minutes to go in the first period, Paul Lewis struck wide from 25-yards after good play by Jake Burton on his debut.

Burton was replaced soon after for Danny Walker Rice but Rovers trailed 2-0 at half time.

Tranmere were more than holding their own against City, as the visitors looked for an opening to get a goal back.

Meanwhile the hosts were being limited with their attacks, as the experienced back four.

Kieron Morris in particular was finding space in front of the Salford defence, while Jay Spearing was adding composure in the middle of the park.

Tranmere were creating opportunities and certainly the team with the most attacking intent in the second period, but the killer pass to get sight on goal was missing.

A fabulous chance fell to Manny Monthe, as he acrobatically hit the ball over the cross bar with an over head kick, following a Khan corner.

Minutes later, Mark Ellis was left unmarked at the back post and he headed into the grateful hands of the goalkeeper.

However, Tranmere’s spirited second half display finally earned a goal as Morris hit a wonderful effort from 25-yards with four minutes left to play.

And Tranmere’s persistence finally paid off in the dying embers of extra time as a scramble in the home penalty area was smashed home by Paul Lewis to put the score level and secure a deserved point for Tranmere. 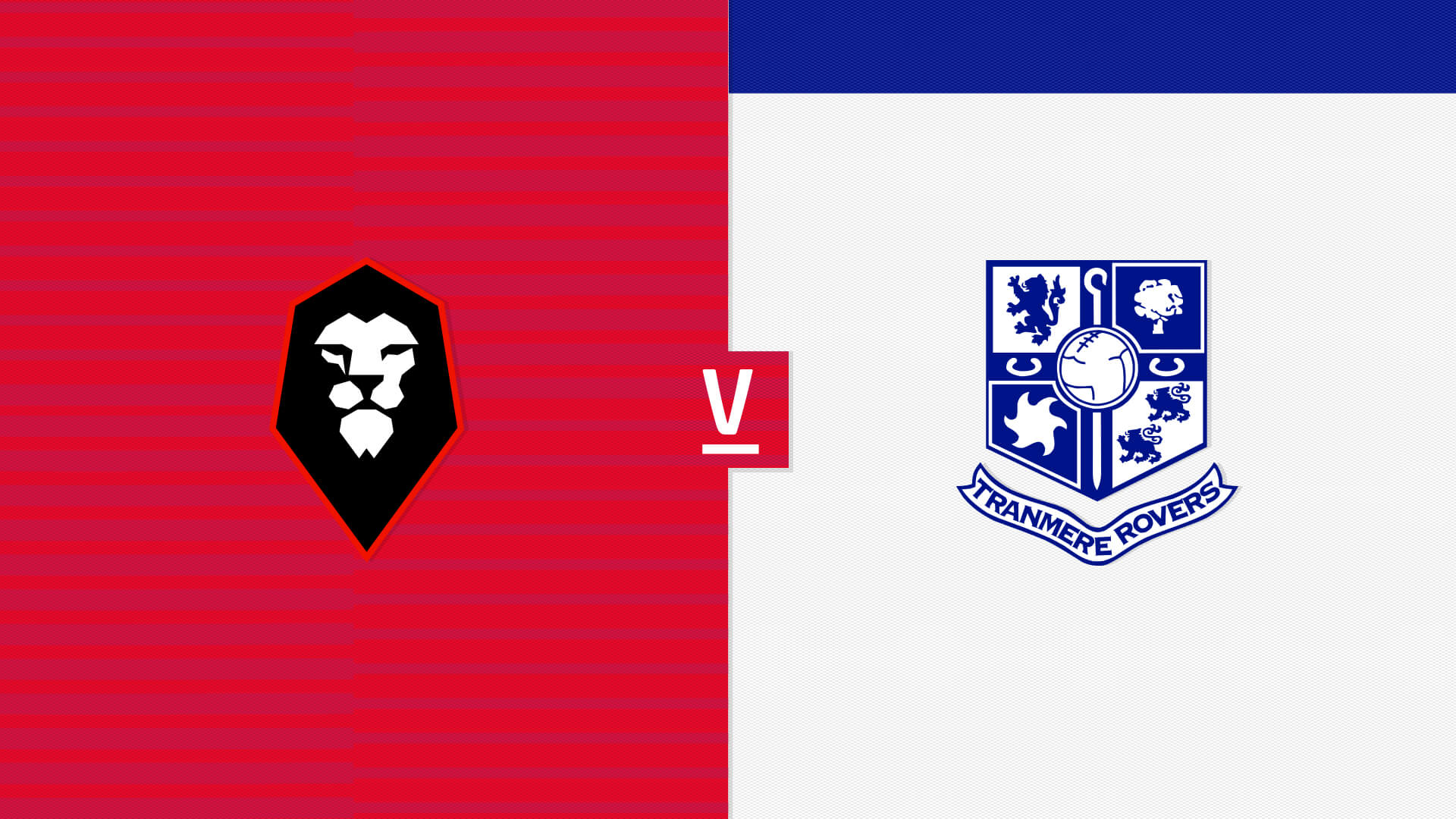 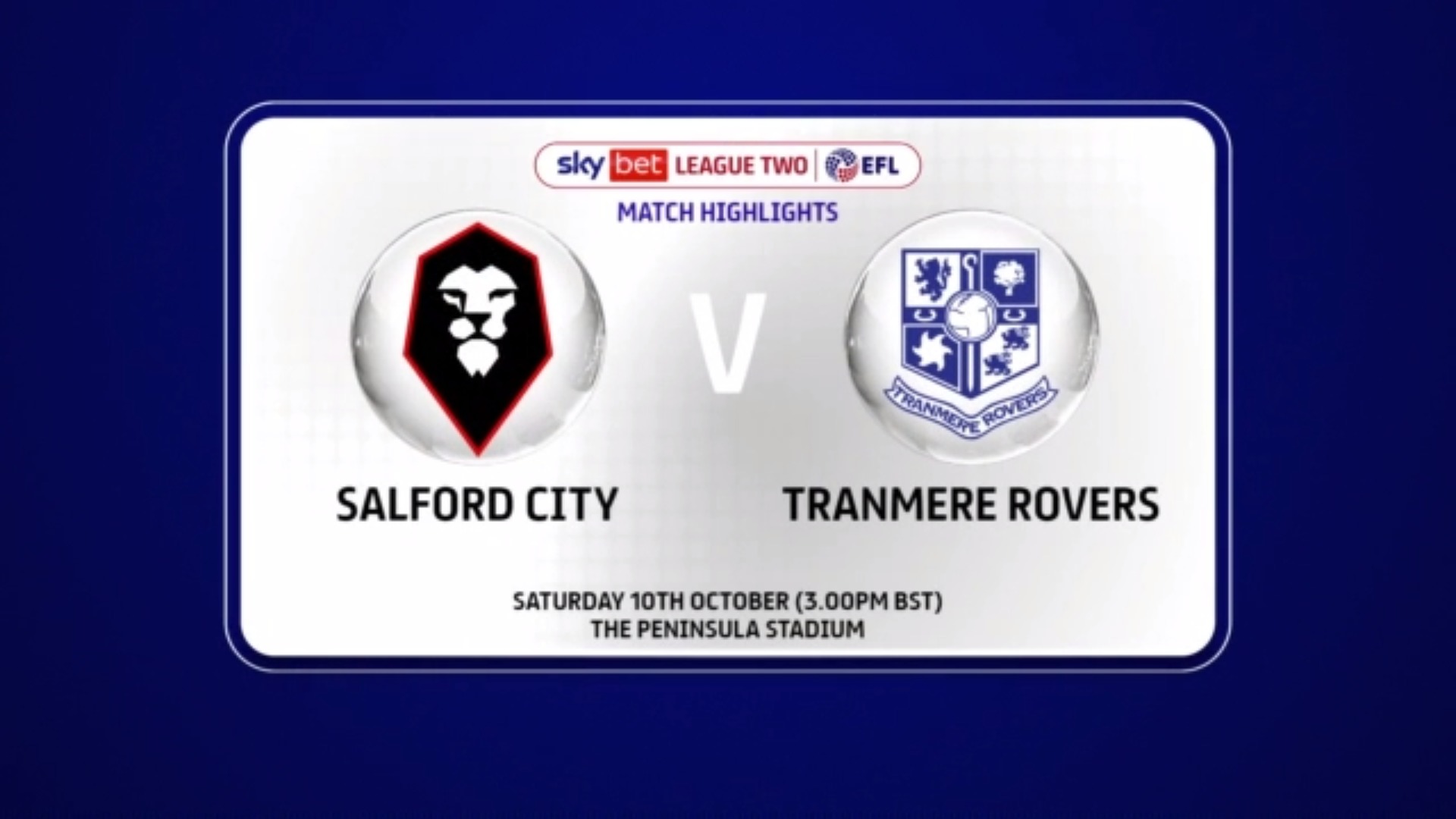 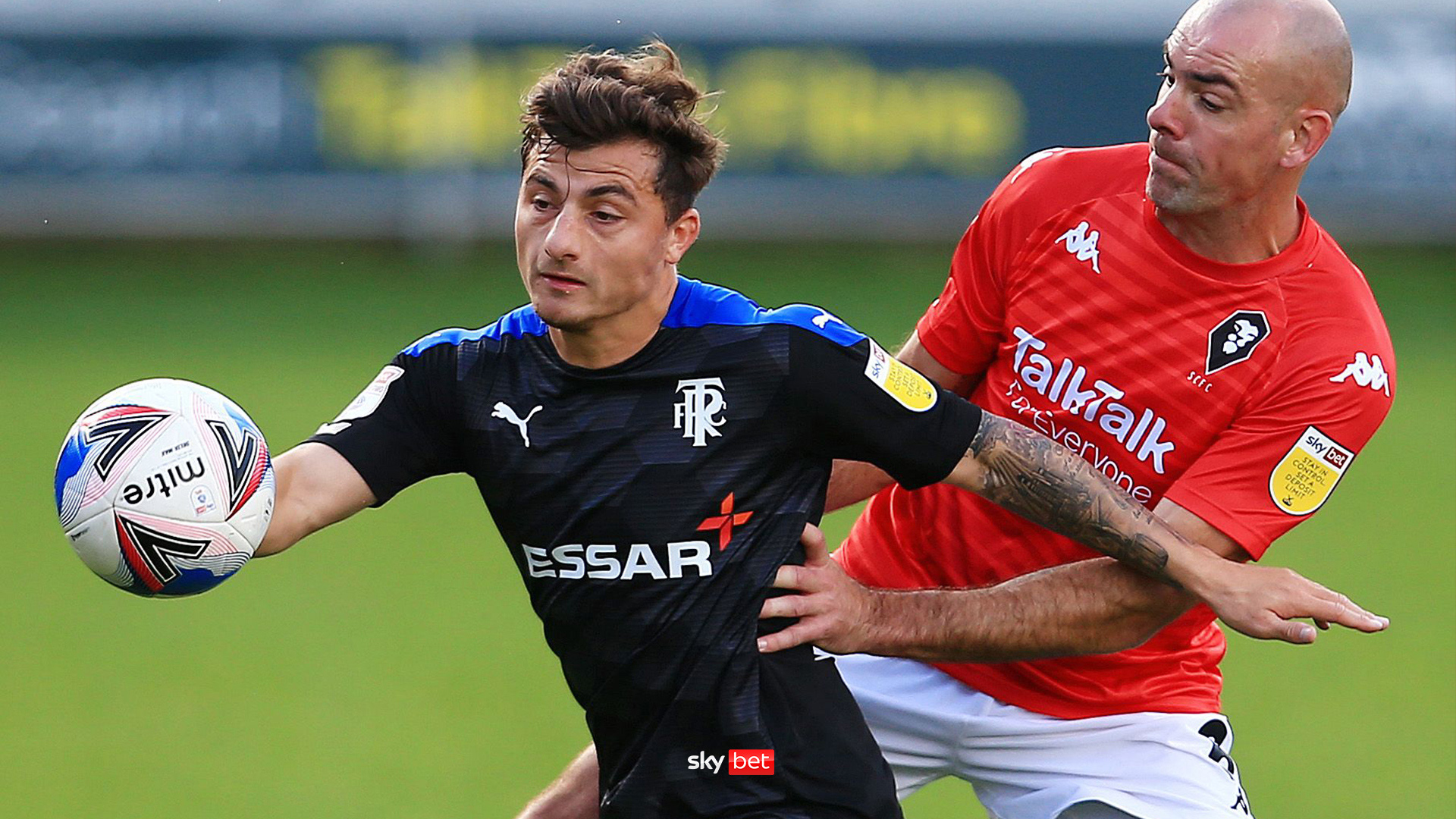