A second half penalty from Morecambe sealed a 1-0 win for the visitors. James Vaughan had a great chance in the second half but the Shrimps claimed the points at Prenton Park.

Rovers made a positive start against the Lancashire side, with Ollie Banks looking to get on the ball at every opportunity to dictate play.

Calum Macdonald was finding space on the left hand side, and a good ball from the full back found James Vaughan, who knocked the ball down for Kaiyne Woolery to hit wide.

Rovers were creating opportunities, and the work rate from Otis Khan won the ball back for TRFC, and he laid it off for Banks to hit over the cross bar.

Banks picked out an excellent run from Keiron Morris, who hit a low cross into the middle for Woolery, to have a low strike deflected over the cross bar for a corner kick.

Morecambe nearly nicked ahead in the 24th minute, as a combination of Manny Monthe and Scott Davies collided Aaron Wildig and the ball somehow hit the post in the melee, but fortunately the hosts cleared.

The second half began with Tranmere pressure after the first period and Paul Lewis came agonisingly close to an opener, directing a header wide.

A massive save from Davies prevented Morecambe a certain equaliser, Carlos Gomes-Mendes had the goal gaping but with his fingertips, he pushed it over.

Morecambe were awarded a penalty kick in the 55th minute, when MacDonald was adjudged to have brought down his man. Adam Phillips stepped up to slot the ball beyond Davies.

A delicious ball from Khan picked out the run from Vaughan, and the former Sunderland man took the ball down expertly but his first time strike was saved by Jake Turner.

TRFC introduced Liam Feeney, Corey Blackett-Taylor and Sam Smith with the aim to get back into the match at Prenton Park.

Tranmere’s next opportunity fell to Vaughan once again, as he hit a half volley over the cross bar due to hard work from Smith to win the ball back.

Banks had one last attempt for Rovers but the ball sailed over the bar as Morecambe took home all three points. Tranmere will be next in action at Harrogate Town on Tuesday night, 7pm kick-off, and the game will be live on iFollow and you can subscribe by CLICKING HERE. 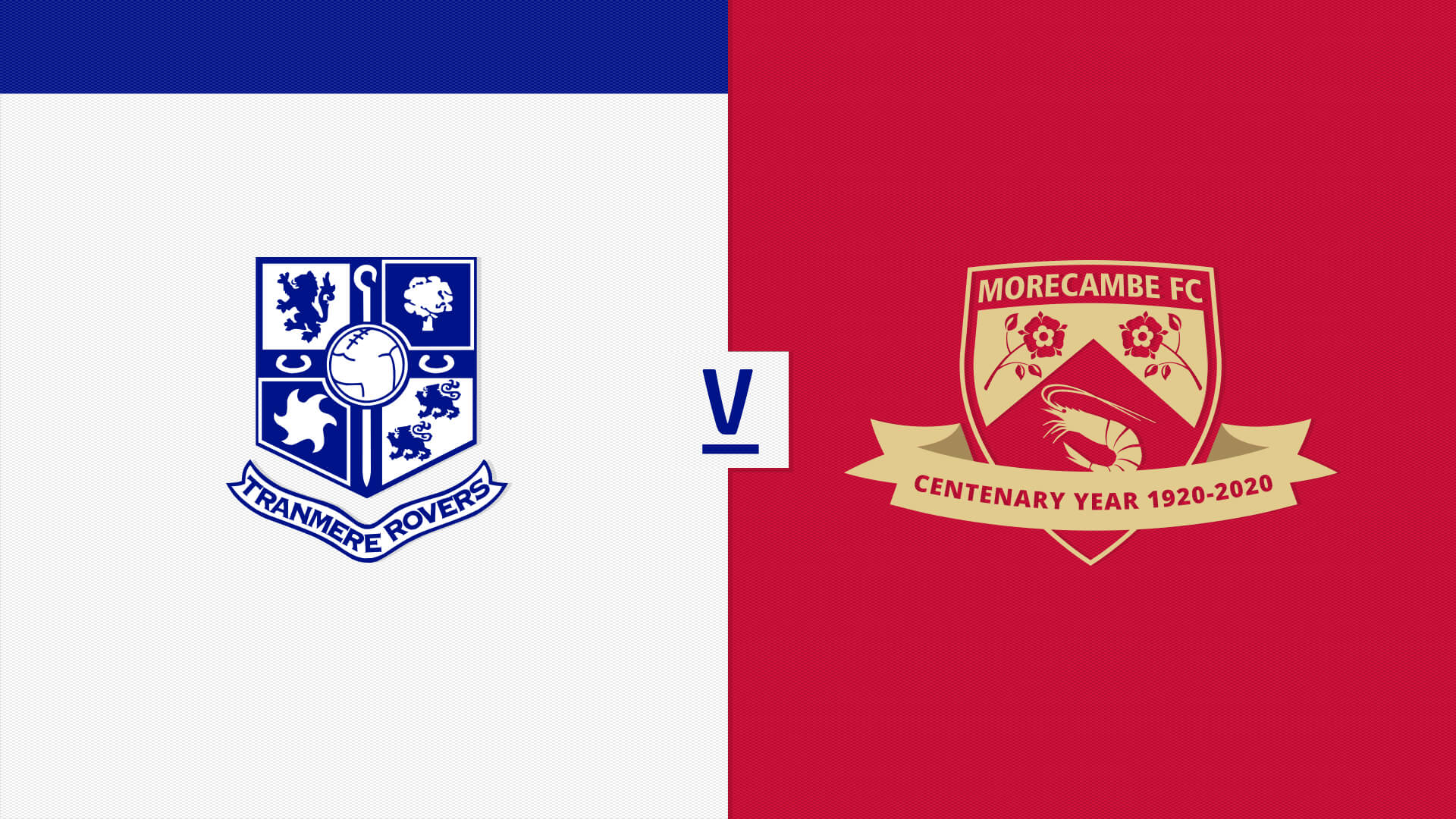 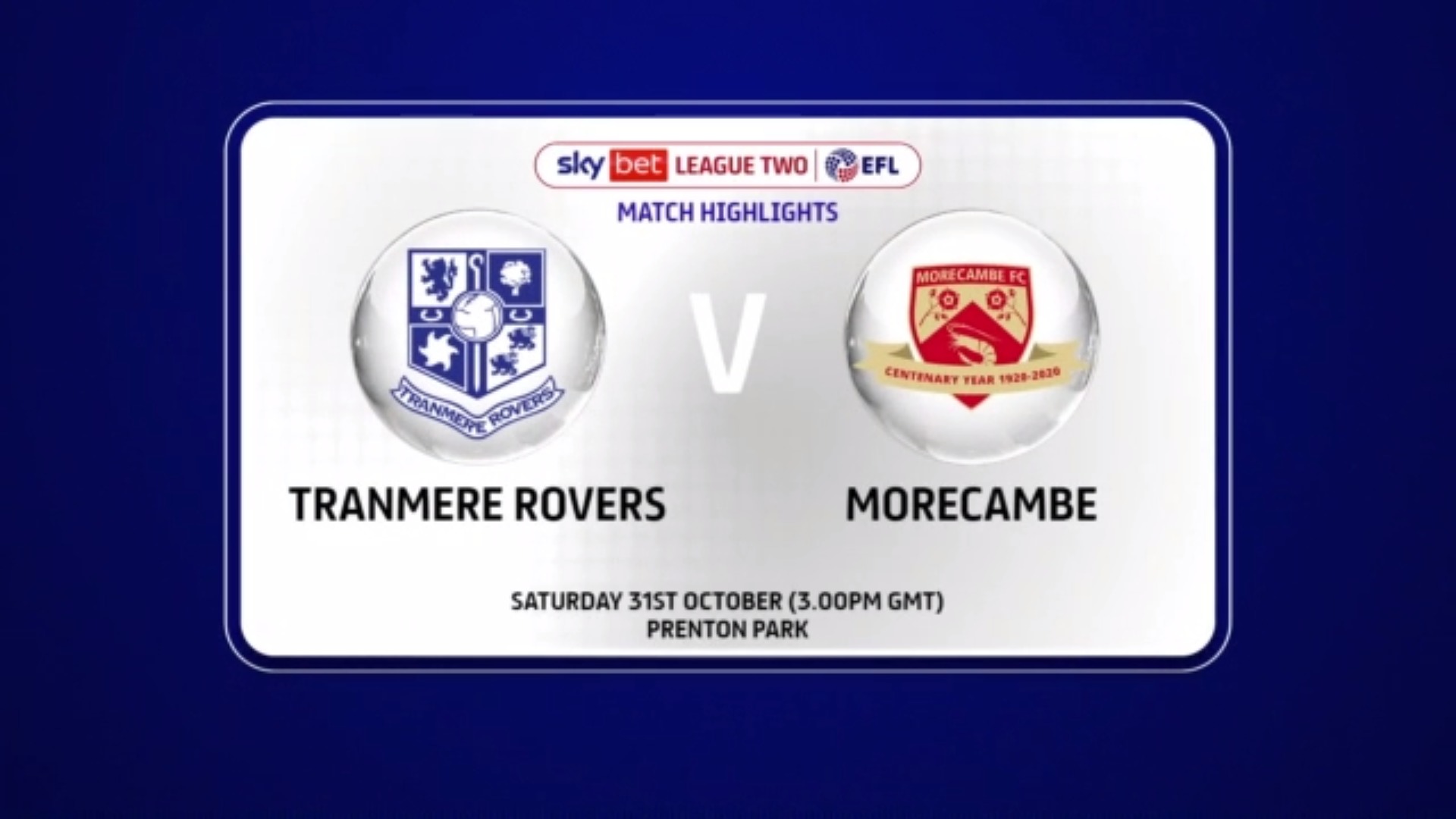 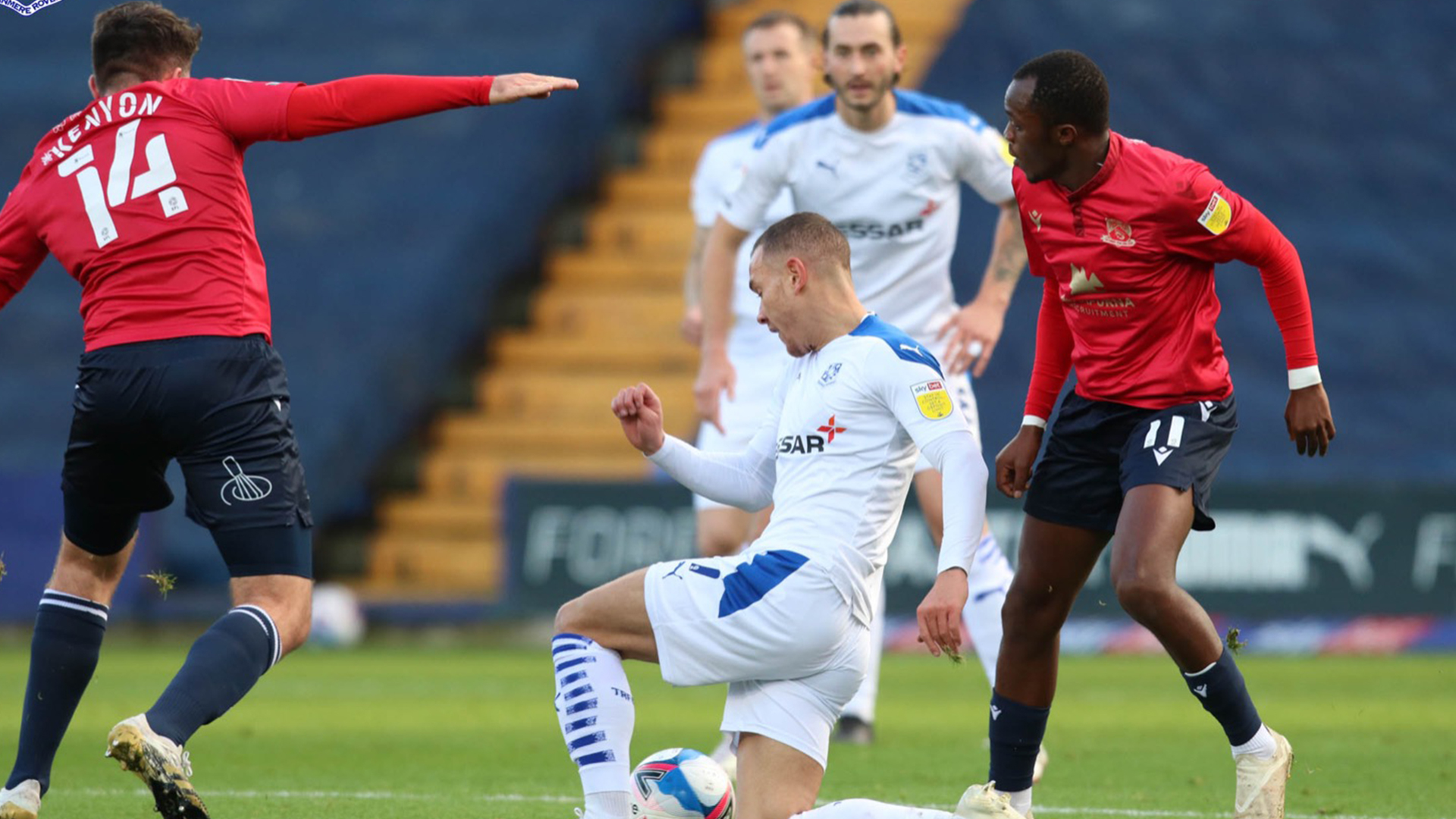