TRFC had a late goal ruled off for offside plus hitting the bar twice in a 0-0 draw at top of the league Cambridge on Saturday afternoon.

Rovers were on the front foot for the majority of the game and manager Mike Jackson will feel hard done by to not depart Cambridgeshire with all three points.

Cambridge lined up with former TRFC man Paul Mullin leading the line for the league leaders.

Tranmere had sight on goal in the first couple of minutes as Feeney’s cross from the right was nodded down into the path of Otis Khan, but he couldn’t get a clean connection on the shot to trouble the goalkeeper.

Rovers hit the bar through Keiron Morris moments later from a corner kick, before the number seven had an effort save from 20-yards, a positive start from the visitors in Cambridgeshire.

A perfect through ball from Morris sent James Vaughan through on goal in the 18th minute, escaping the attention of his marker, he rounded the keeper but a black and yellow shirt was on the line to push the ball out for a corner.

A huge let off for Tranmere midway through the first half, as Luke Hannant was left unmarked at the back post from a Mullin cross but he blazed the ball over.

Closing into the end of the first half, Wes Hoolahan cleverly opened up some space from a throw in to strike from 25-yards, but Scott Davies flew to his left hand side to make the stop.

Tranmere began the second half on the front foot and looked positive moving the ball forward as they looked for the first goal of the game.

The visitors were playing some great football, and finding openings through their play as they looked to threaten the home goalkeeper.

A big chance for Rovers presented itself just before the hour mark, when Vaughan hit an effort wide from inside the penalty box after good work from Khan and Jay Spearing to create the opportunity.

Hannant was the man looking a threat for the hosts and the tricky winger curled an effort from the left over the cross bar in Cambridge’s first opportunity of the second 45.

Rovers hit the bar for a second time with 20 minutes to play as Feeney’s cross tricked everyone, and even the goalkeeper, as it rattled the frame.

Tranmere’s first change came with just over 15 minutes remaining as Khan, who put in a great shift, was replaced by Kaiyne Woolery for his debut.

A free-kick from Banks a couple of minutes came just before a header from the hosts hit the top of the netting as both sides continued to look for the opening goal.

Controversy struck with ten minutes to go as Vaughan had a goal chalked off for offside, when it looked like he was in an onside position.

Tranmere again came so close to an opener, another corner from Feeney caused havoc and Monthe span inside the box, only to be denied by a smart save from Mitov.

Vaughan had a chance at the death to take home a deserved three points for the visitors but under pressure he knocked wide. 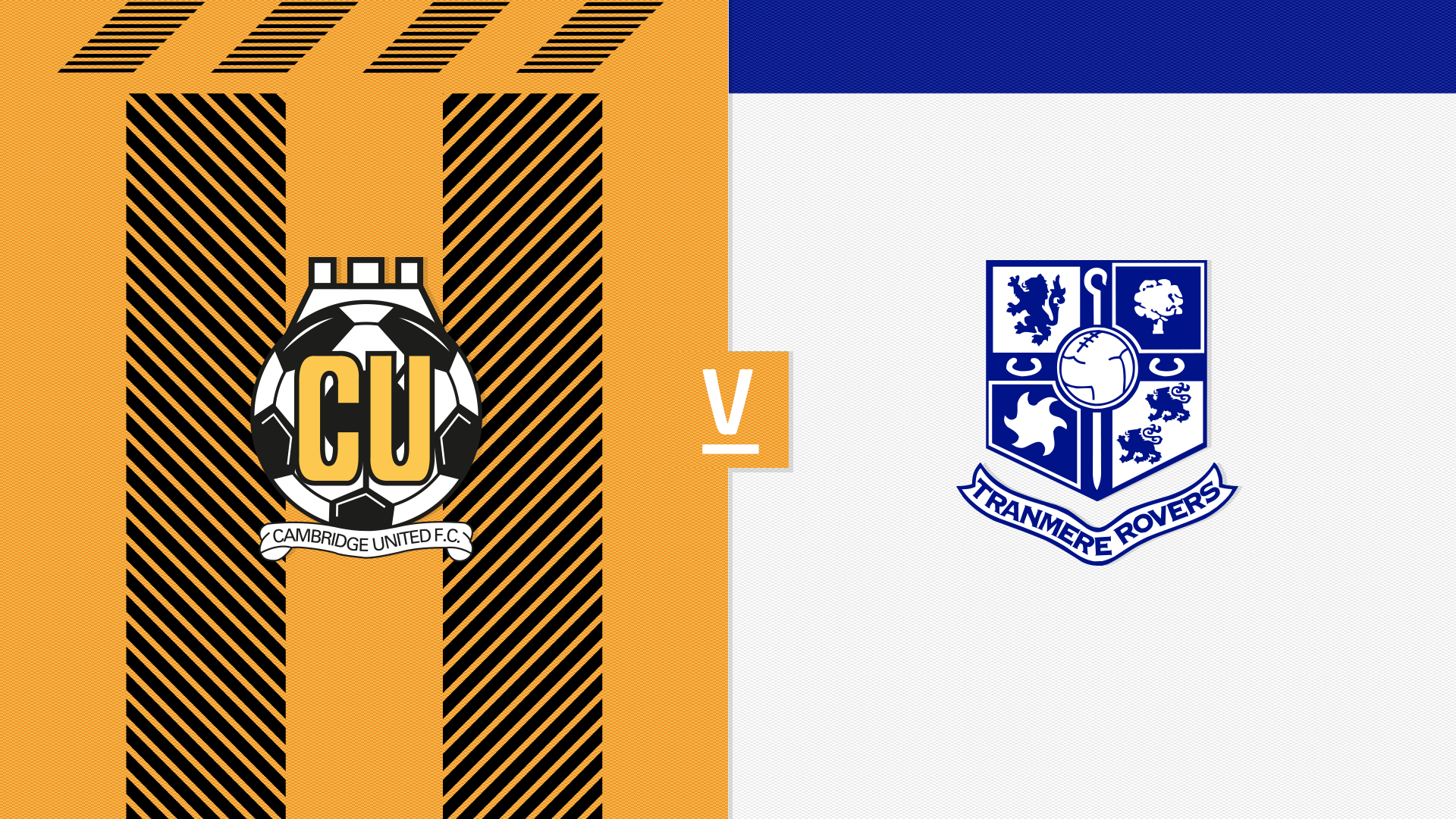 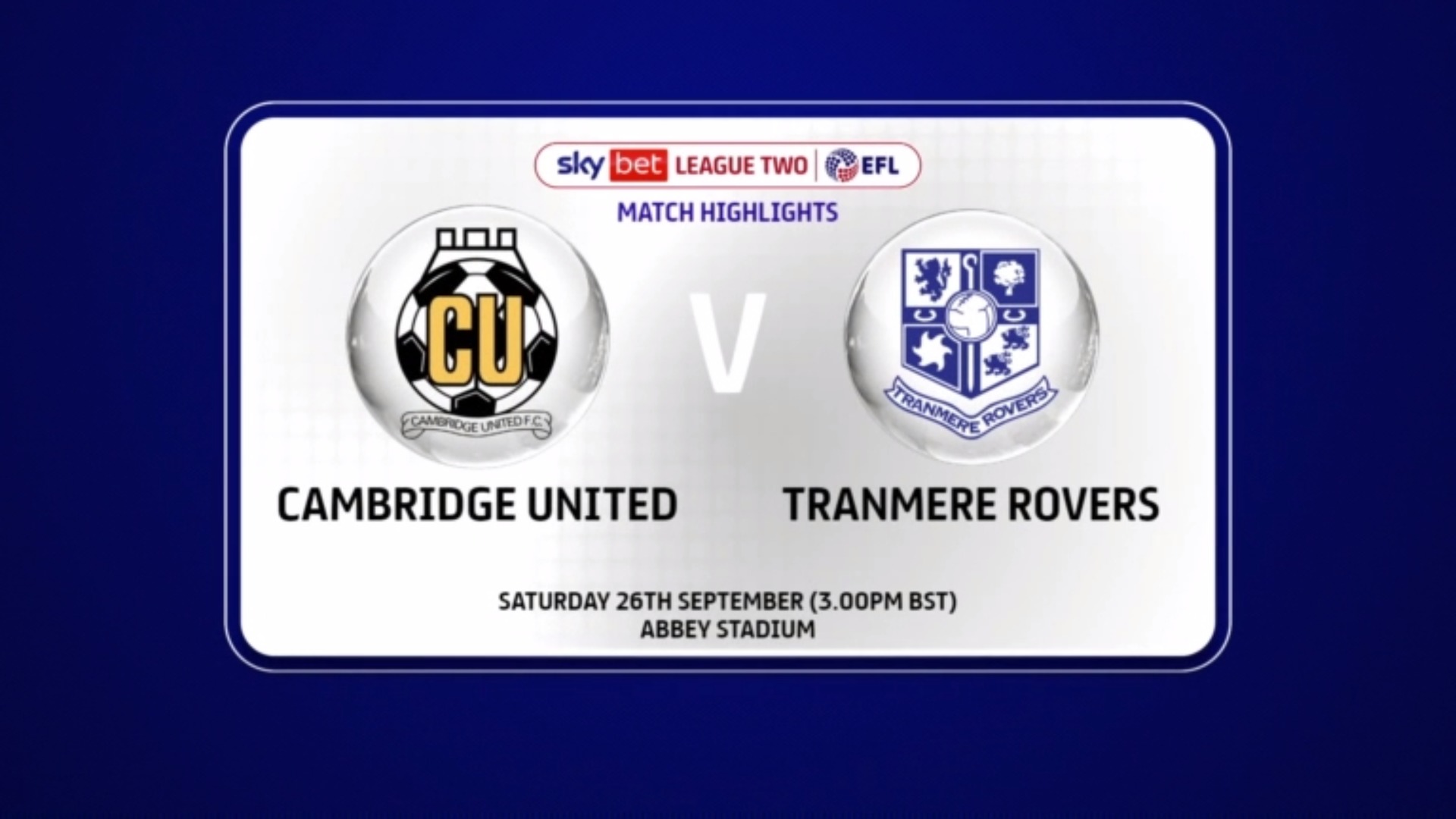 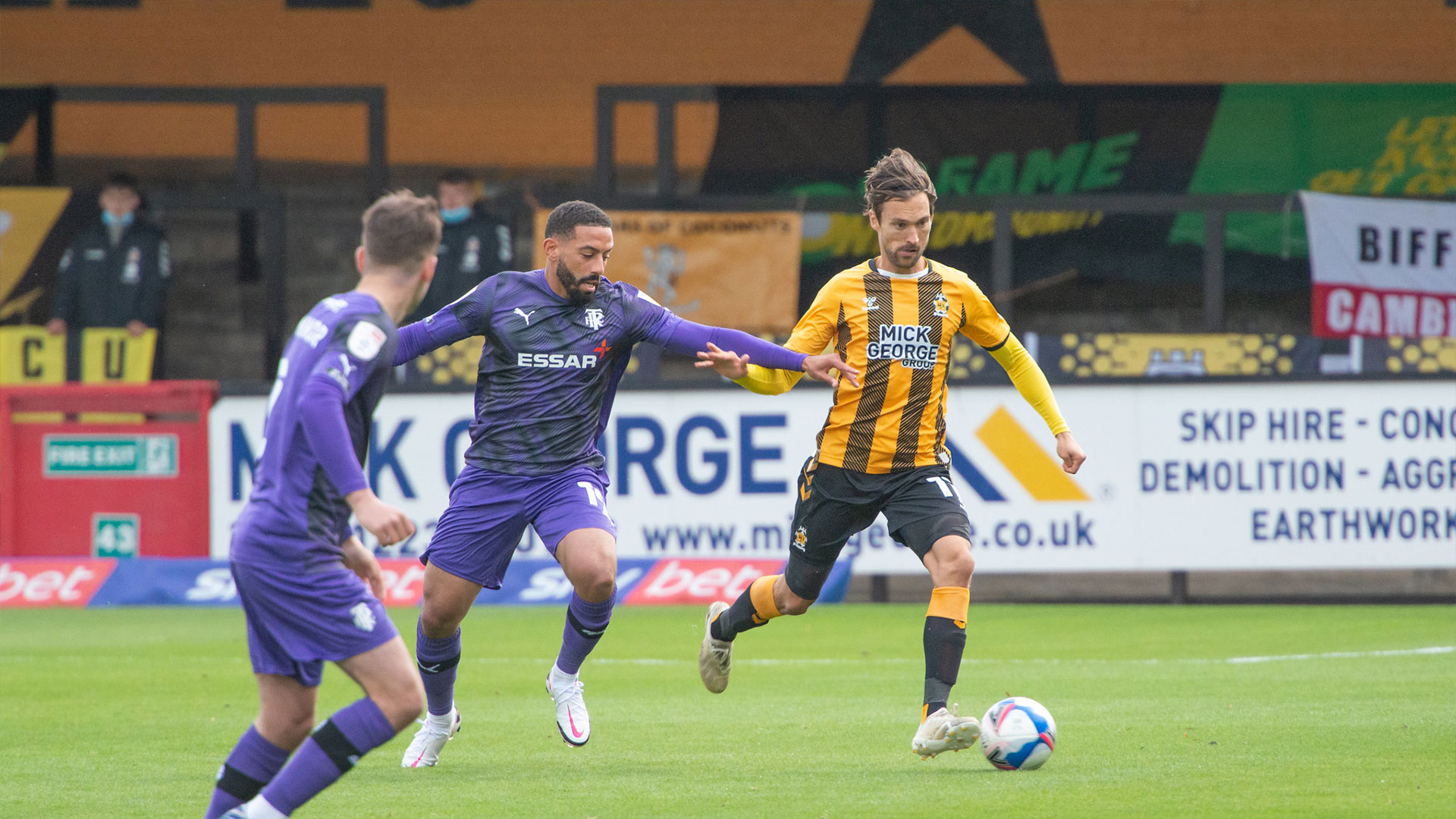