After a 0-0 draw at Vale Park, Tranmere Rovers lost 4-3 on penalties against Port Vale in the EFL Trophy.

The first opportunity of the game fell to the hosts in the 12th minute as Theo Robinson got in front of the Tranmere centre backs in the box to head over the bar from point blank range.

Tranmere had their eye on the hosts goal in the 15th minute, Calum MacDonald switching sides to collect a lofted pass from Banks. He cut back on the edge of the box to play the ball to Otis Khan, but his effort was blocked at the last minute to prevent a save from Dino Visser.

Tranmere were looking impressive moving the ball forward, just missing the final pass to test the goalkeeper, but promising signs.

Another smart attack saw several passes on the edge of the Vale penalty box, resulting in Payne being put through, but at a tight angle, the home keeper made himself big, blocking all options for Payne to put the ball into the net.

Vale made two changes heading into the second period, and one of those introduced, Devante Rodney, struck inches wide of the right-hand post two minutes into the half.

On the hour mark, Tranmere made two changes, Paul Lewis coming on for Jay Spearing and Peter Clarke replaced by Mark Ellis.

An unbelievable last-ditch touch from Lee O’Connor prevented a sure certain goal for the hosts in the 63rd minute, as he nicked the ball away from a striker at the back post after a low cross from the right.

In a game which was seeing little chances created in the second period, on the counter attack, Rovers came close to punishing the hosts but Morris lost his footing when striking the ball from 20-yards, and it sailed over the crossbar.

With 79 on the clock, Danny Walker-Rice came on for MacDonald as Tranmere pushed for the opening goal of the game

In the same minute, Morris, who had a chance five minutes earlier, cut inside from the right to bend an effort wide of the post from the edge of the penalty box, a good effort from Rovers’ number seven.

At the other end, Rodney looked to better Morris’ effort, with a fierce effort from the edge of the box, but he couldn’t find the target with Murphy covering his right hand post to see the ball go out for a goal kick.

An incredible save from Visser denied Morris with minutes remaining. A very clever lay off from Payne allowed the midfielder to strike, but the goalkeeper was alert to palm over the bar.

Chances were coming thick and fast, and Tranmere came within inches away once again when Khan chipped the ball into the box for substitute Lewis, but his header was tame and easy for the goalkeeper.

The game went to penalties for the second consecutive match for Tranmere Rovers with a point shared for both teams. The two sides faced off in a shoot-out to claim the extra point with Vale winning 4-3 on penalties. 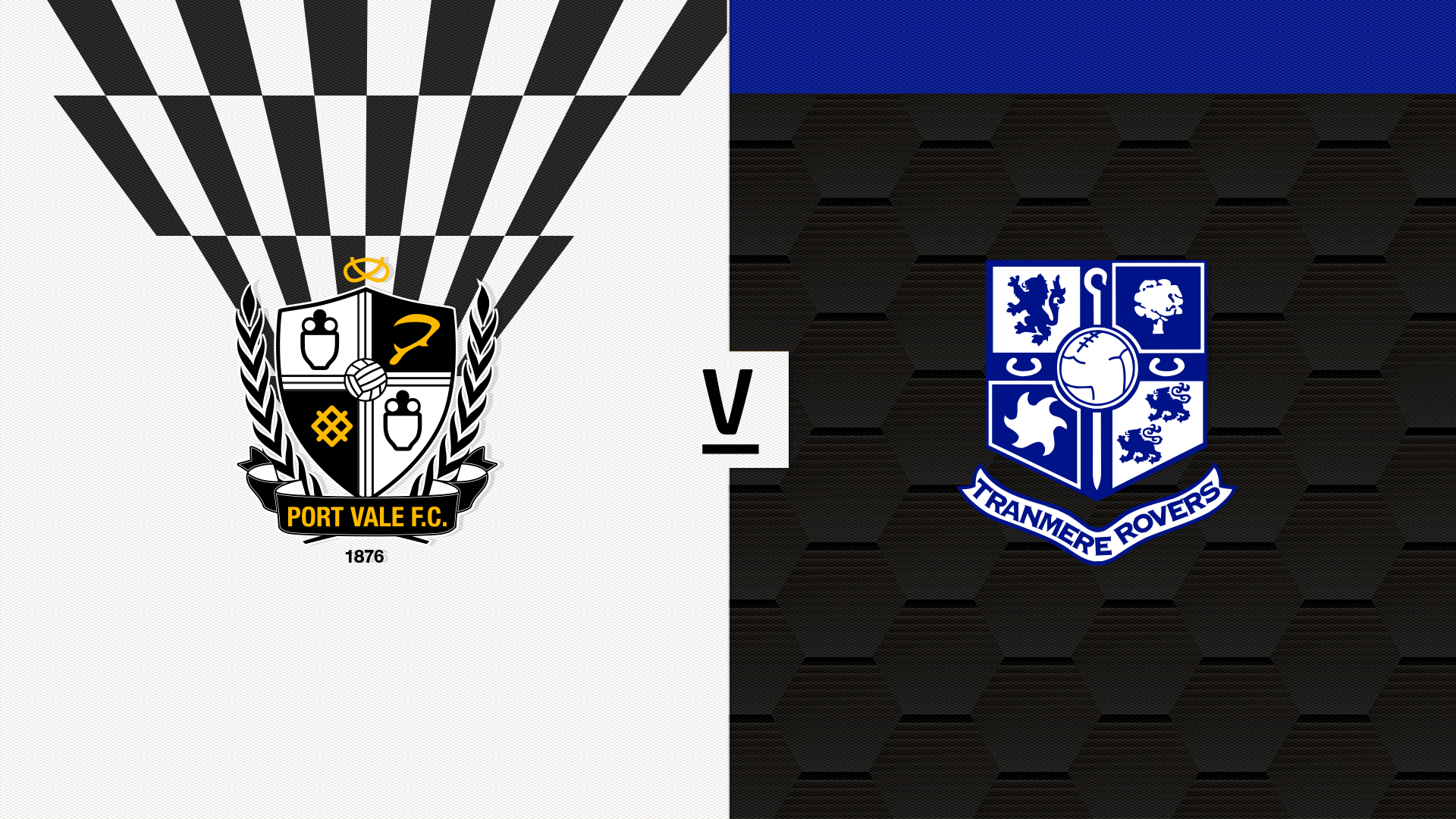 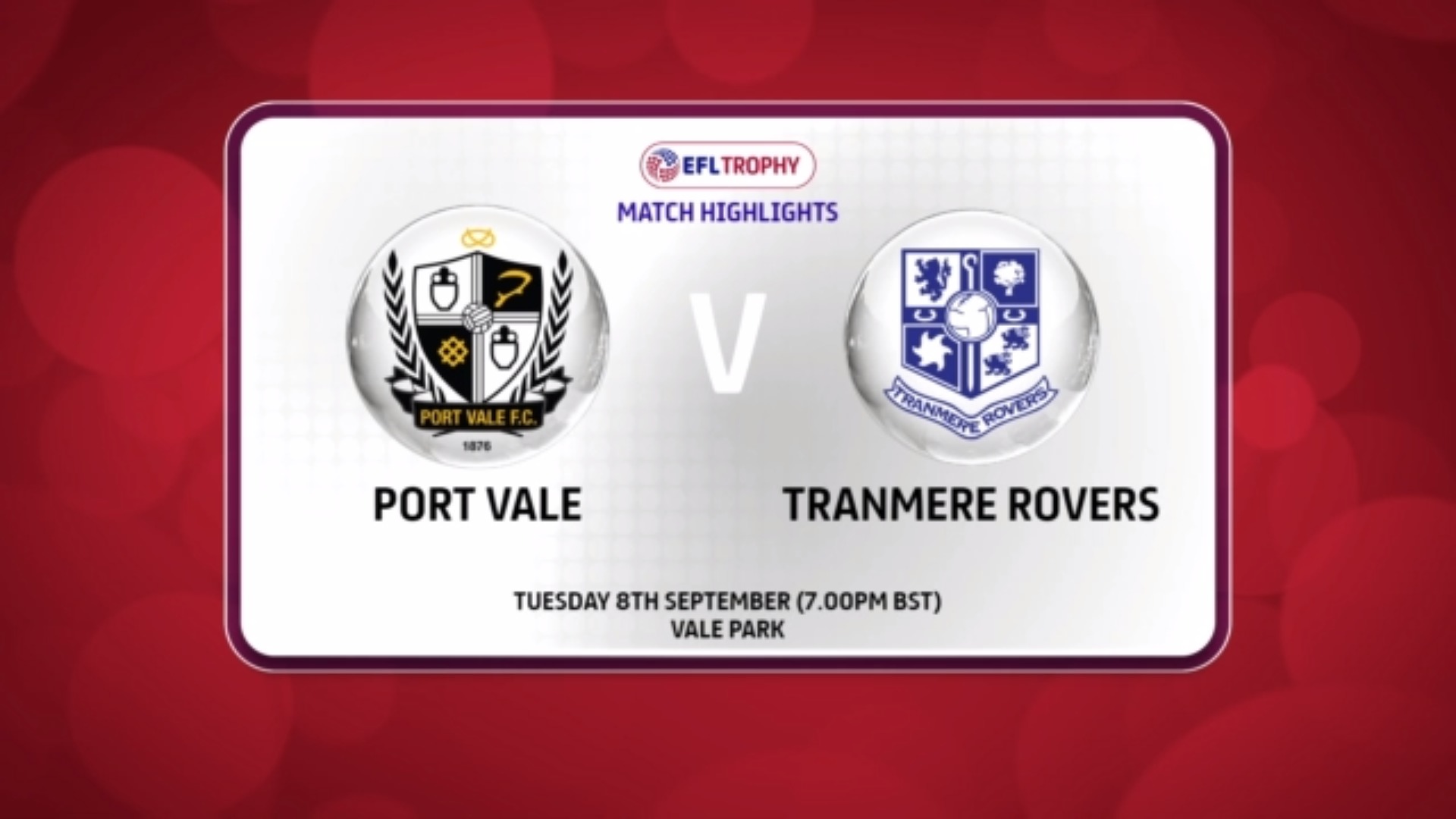 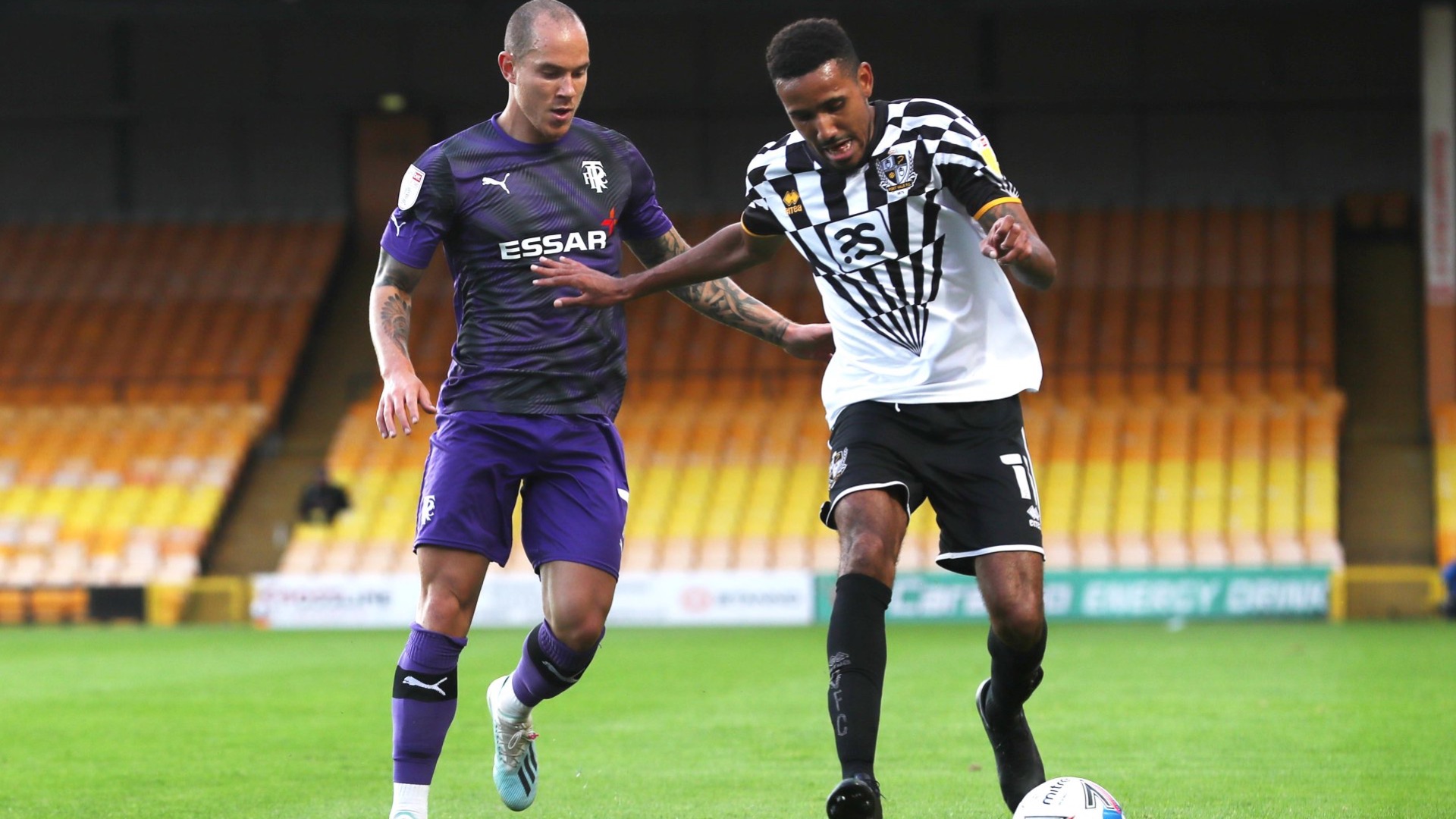