Tranmere Rovers host Cheltenham Town on Saturday afternoon at 3:00pm for the Whites’ opening home league match of the campaign.

The visitors arrive at Prenton Park on the back of an opening-day defeat to Morecambe, while Rovers are aiming to build on last weekend’s point away at Mansfield Town.

New signing Kaiyne Woolery is not expected to feature for the club for a further two to three weeks, manager Mike Jackson confirmed in his pre-match press conference.

"We want to make sure that we get him up to speed, because at the moment he's probably two or three weeks away from actually getting some game-time. The boy hasn't trained (properly). He's trained at home,” said Jackson.

"We've got to be very careful with him because he's a powerful boy and if we try and get too much too soon from him, we could get him injured. We want to get him ready and involved with the group as soon as we can."

Forward, Alfie May. The 27-year-old striker joined Michael Duff’s side in January from Doncaster Rovers and helped the Robins reach the play-offs last campaign with six goals in 14 League Two appearances.

May opened his goalscoring account for the 2020/21 season in Cheltenham’s first league match of the season last weekend.

The TRFC radio team of Phil Wilkinson, Adam Siddorn and Dave Higgins will be in place at Prenton Park to provide live updates on proceedings.

Tranmere first home league match last time out in League Two (2018/19) was also against Cheltenham Town, James Norwood scoring the only goal in a 1-0 win.

Manager Mike Jackson drafted in Paul Lewis and Mark Ellis for the game against the Robins, as the pair stepped in for Ollie Banks and Calum MacDonald.

Liam Feeney was named on the bench for Rovers, whilst fellow new signing Kaiyne Woolery watched on from the stands after a full week’s training.

In the fifth minute, Cheltenham Town took the lead when a corner was sent to the back post and Charlie Raglan towered above the TRFC backline to head home.

Constant closing down and pressure from the Tranmere front line nearly saw an opening for the hosts. Cheltenham were unable to get clear a ball and Liam Ridehalgh took possession on the left, and put a cross in but no Rovers man could turn home.

The hosts went two goals to the good just before the 20 minute mark, as they broke away from the half way line as Willams raced through to slot beyond Davies.

Jackson responded to the two goal deficit with a change of personnel and formation, Ellis replaced by winger Feeney.

However, Rovers went three goals down in the 38th minute after an own goal from Paul Lewis.

Tranmere came out for the second half with a spring in their step as Feeney missed a great chance with two minutes in, but the Town defender did enough to put him off balance when he struck.

From the resulting corner, Vaughan header over the bar as Tranmere looked to find a way back into the game.

Tranmere came close again to a breakthrough when Lewis’ effort was blocked with a last-ditch tackle in the 55th minute.

Good work on the left by Morris and Ridehalgh saw the former cross into the box for Vaughan, but it was just a bit too high for our number nine and he headed over.

However, the score remained 3-0 and Tranmere will now move onto next weekend’s game at Cambridge United. 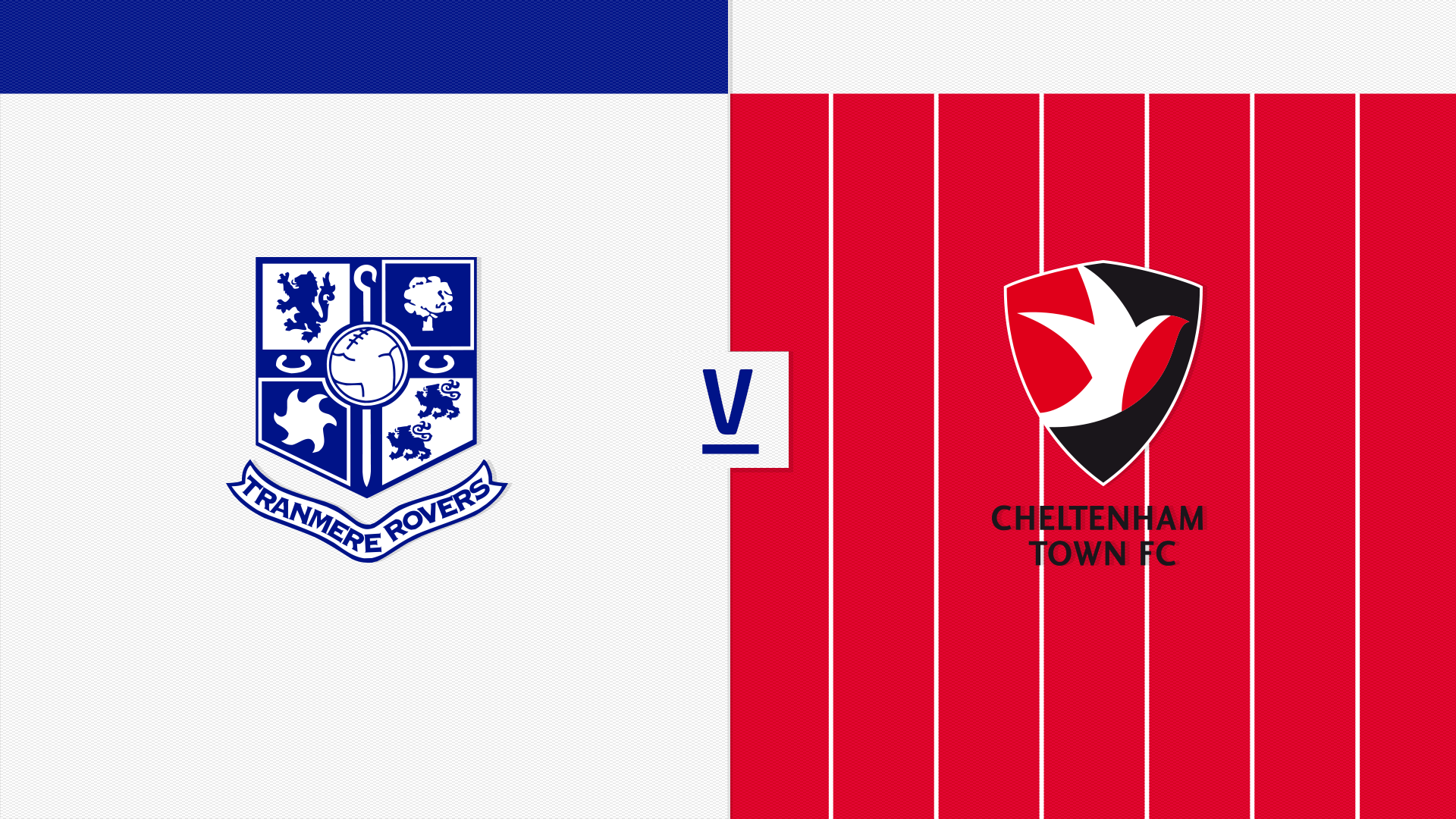 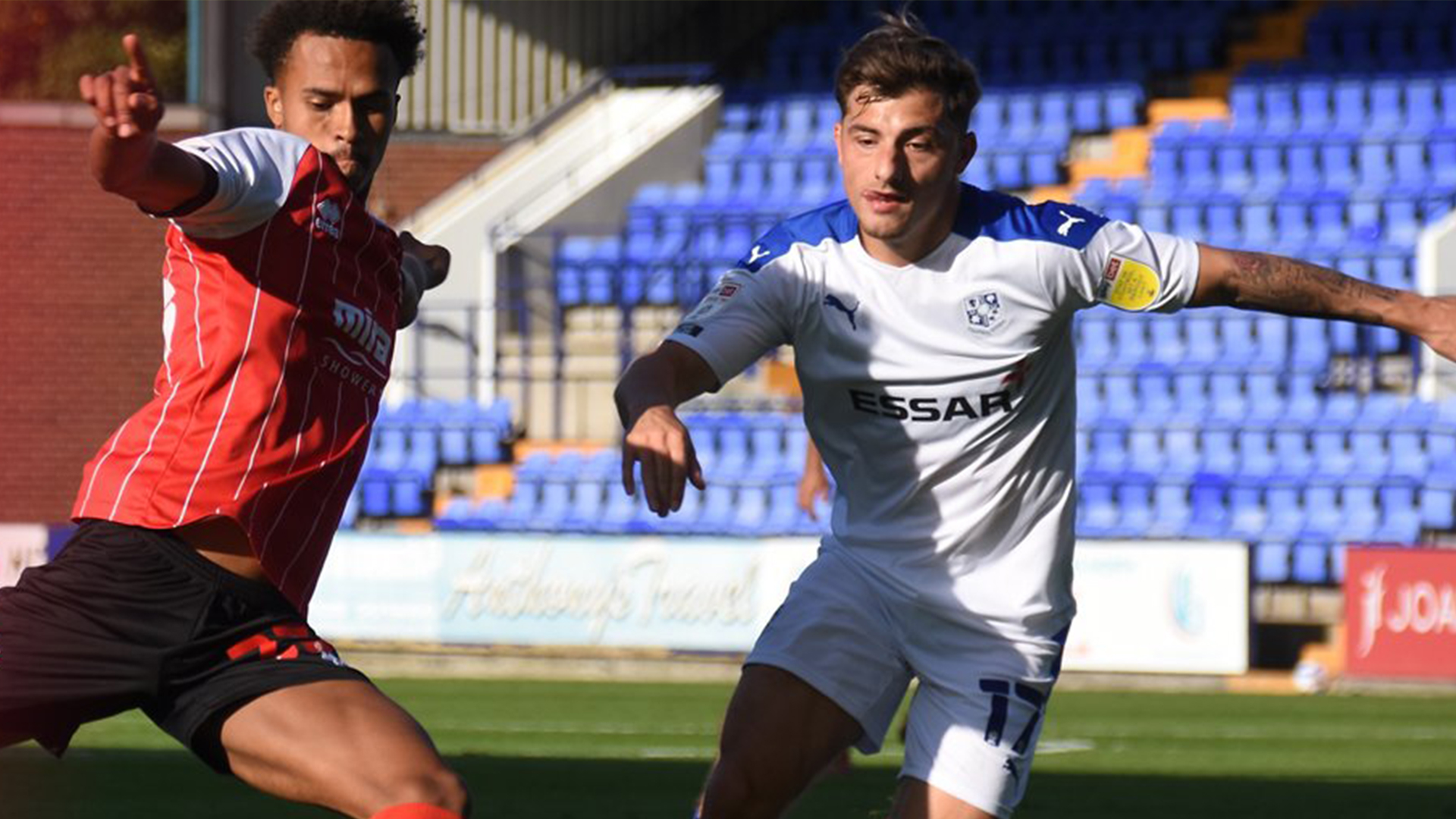