Mike Jackson’s men were defeated on penalties last time out in the competition, as Port Vale claimed an additional group stage point courtesy of a 4-3 spot-kick triumph.

Liverpool U21s, meanwhile, were on the receiving end of a 6-1 loss away to Wigan Athletic in their opening EFL Trophy match.

New recruits Liam Feeney and Kaiyne Woolery are available for selection this evening, having both featured in Rovers’ 0-0 draw with Cambridge United on Saturday afternoon.

Corey Blackett-Taylor and Morgan Ferrier remain sidelined and are doubtful for the match.

Academy graduates Danny Walker-Rice, Kyle Hade, George Nugent and Jake Burton could be handed the chance to impress once more in this competition.

The 19-year-old has scored twice and assisted once in three Premier League 2 appearances this campaign, helping Barry Lewtas’ Academy side to wins against Everton U23s and Manchester United U23s.

Cain made his first-team Liverpool debut in an FA Cup fourth-round replay with Shrewsbury Town in February and signed a long-term contract with the club in July.

Tonight’s match will be streamed live on iFollow at a price of £10, but please note, season ticket holders will not receive a free match pass for this particular fixture due to it not being a league fixture.

Commentary will begin at 6pm and will be presented by our iFollow team of Phill Wilkinson and Rob Edwards. Included in this week's programme are interviews with Mike Jackson and Jay Spearing.

Alternatively, you can follow the action through our social media channels below. Full text coverage will be provided during proceedings, followed by a match report.

There have been 101 goals scored in 28 EFL Trophy matches this campaign, an average of 3.61 per game.

A brace from James Vaughan and a strike from Stefan Payne sealed a 3-2 win for Tranmere Rovers against Liverpool U21s.

The visitors took the lead with a free-kick from Jake Cain, but Tranmere responded with three late goals in the second half courtesy of the two strikers.

Liverpool did make the score 2-2 through Luis Longstaff, but Payne stepped up in the final minute to secure the win.

Mike Jackson handed starts to George Ray, Payne, Sid Nelson and Kaiyne Woolery against the Reds from across the Mersey.

The visitors named a squad which had tasted first team experience, including Sepp Van Den Berg and Ben Woodburn.

Chances were at a premium in the first 15 minutes, the best opening came through LFC man Liam Miller, but his shot was comfortable for goalkeeper Joe Murphy.

A stunning pass from captain for the night, Ollie Banks, picked out the run of Payne, but the goalkeeper was quick out to collect the ball from the striker’s feet.

Tranmere nearly took the lead in the 21st minute, as Blackpool loanee Calum MacDonald picked up a cross from the left but his low drive was palmed away by Vit Jaros.

Woolery’s pace and persistence was causing the young Reds a headache, and the Club’s newest recruit nearly latched onto a long pass over the top of the defence, but again Jaros was on hand.

Leigthon Clarkson hit a 25-yard strike but it was comfortably in front of the Tranmere shot stopper in the 26th minute.

Ben Woodburn came even closer moments later as a cross from the byline was met with a sweet strike from the former Oxford United man, but it whistled wide of Murphy’s right hand post.

At the other end, Tranmere had a great opportunity. Payne picked up a loose ball after a mistake from a Liverpool defender, he laid it off for Woolery to shoot, but his effort was blocked.

The final chance of the half fell to Cain, a big opportunity, but he blazed over from six yards out.

Liverpool had an early shot at the beginning of the second period. During the half time interval, James Vaughan switched with Kaiyne Woolery.

In the 49th minute, a beautiful left footed free-kick from 30-yards from Cain left Murphy with no chance as the visitors took the lead.

Fifteen minutes later, Tranmere made their second change of the night, former Liverpool man Jay Spearing replaced Liam Ridehalgh and with it came a switch in formation.

Tranmere equalised in the 73rd minute when Ray put in a fabulous cross from the left for Vaughan to direct a perfectly timed header into the far corner.

One minute later, and Rovers turned the game on its head as Ray, once again with the assist, played a delightful lobbed ball to Vaughan, who turned and finished clinically.

Liverpool, however, equalised when Longstaff turned home from close range after the Reds manouvered space in the Tranmere Rovers penalty area.

In the final minute, Payne ensured Rovers sealed the win and a great comeback from the hosts by getting the wrong side of the LFC defence and side footing into the far left to seal the points.

Tranmere will next play this weekend against Scunthorpe United and the game will be available to watch on iFollow for just £10. To subscribe, please CLICK HERE. 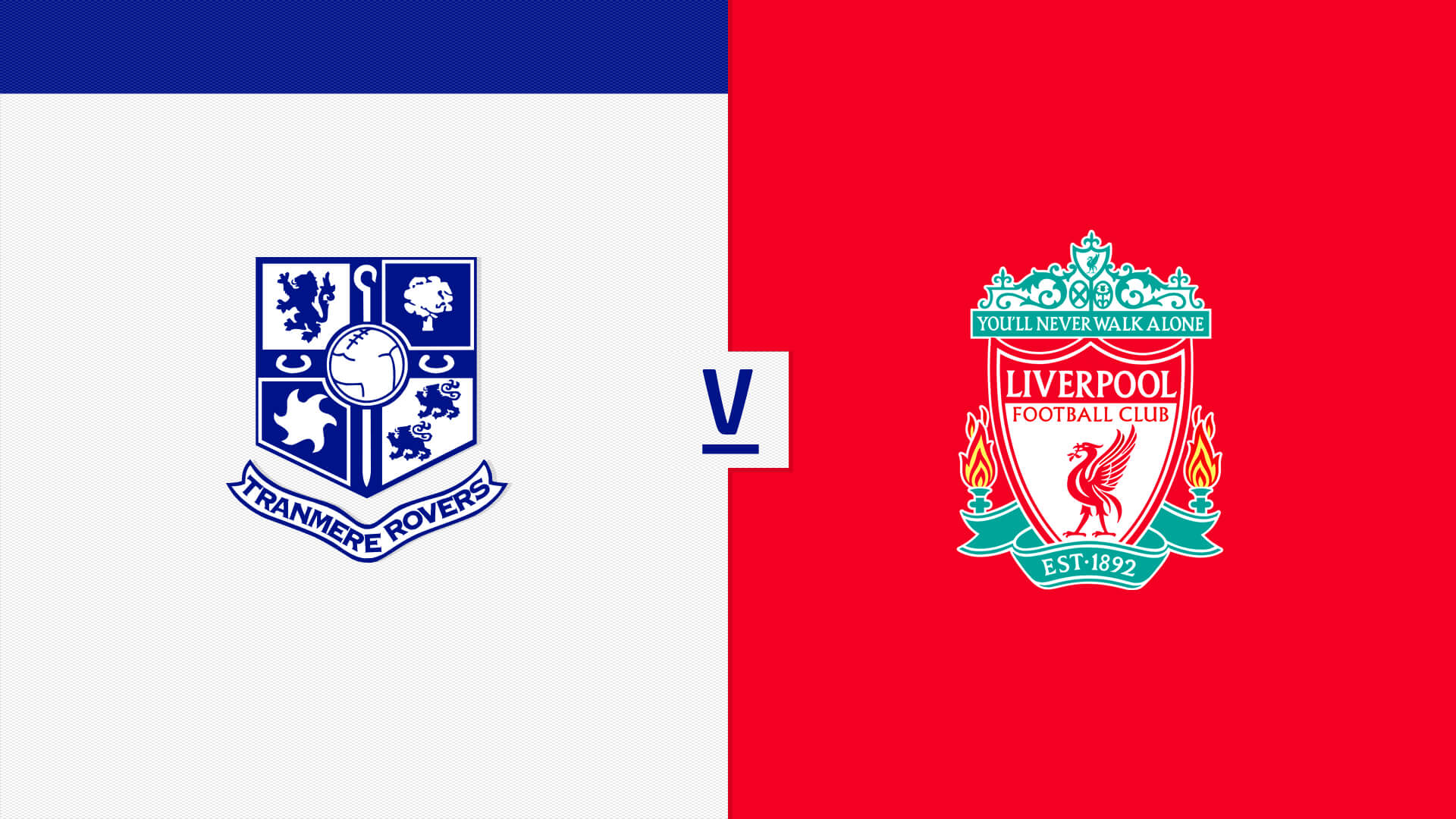 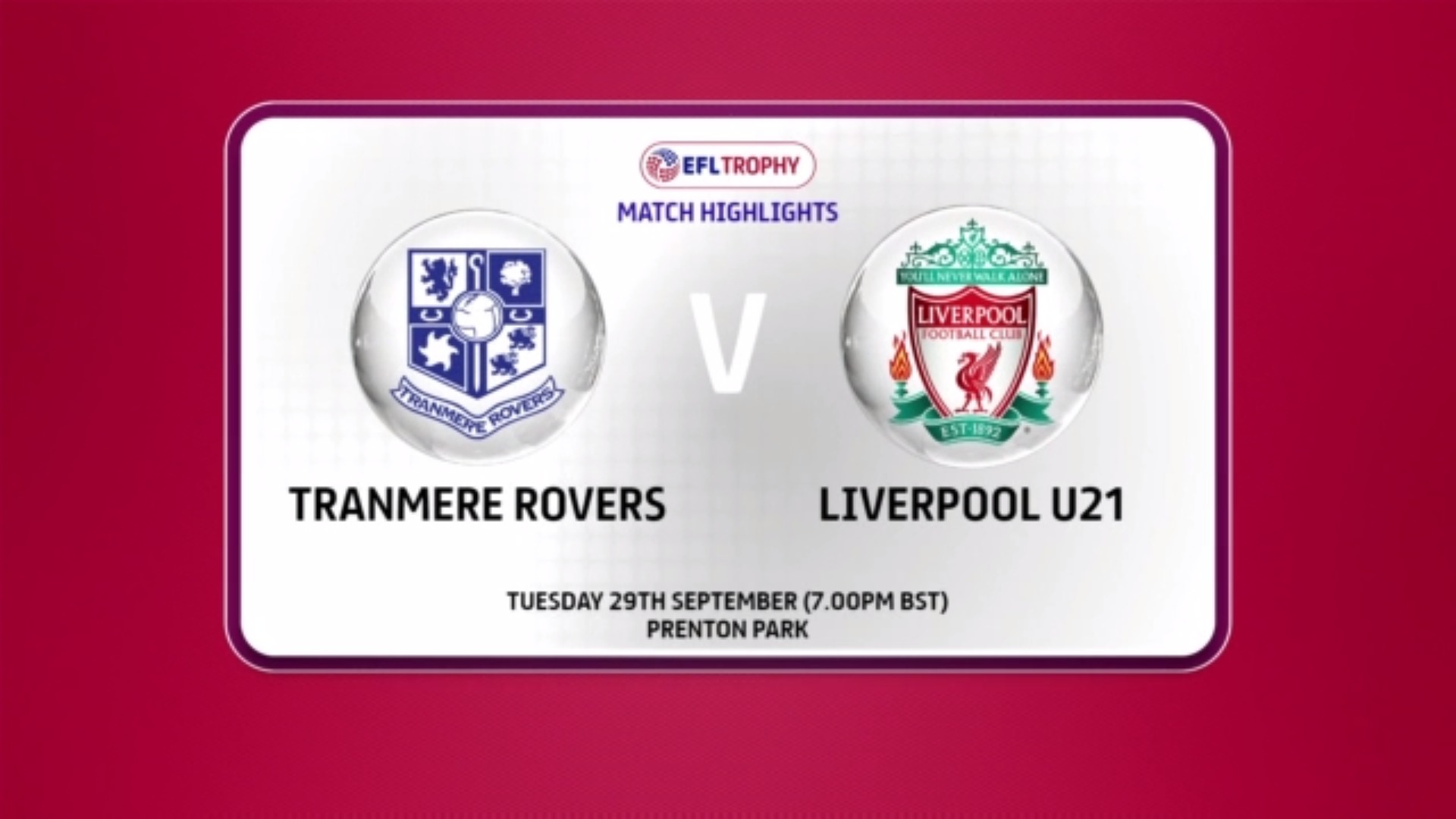 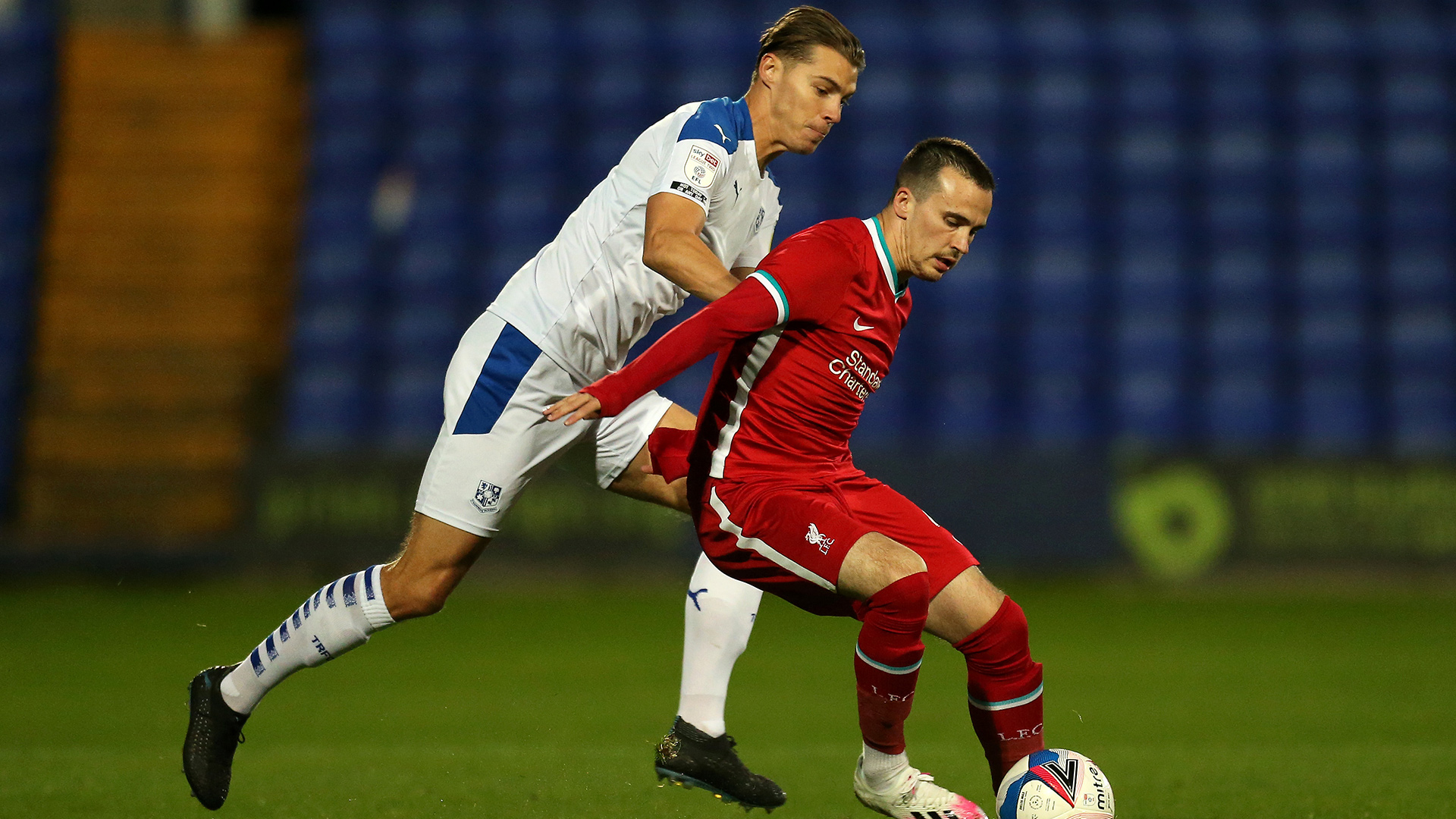