It’s the first of two crucial fixtures over the Easter Period as Micky Mellon’s side face a trip to Bradford City in Sky Bet League Two.

It’s a huge fixture for Rovers who look to get back into those desired play-off spots and will be backed by a brilliant travelling contingent as the Super White Army attend in their superb numbers.

As for the Bantams, they too are winless in four games, sitting in around the top end of the bottom half since appointing former Premier League manager Mark Hughes back in February.

Kieron Morris and Calum MacDonald remain suspended. Tom Davies and Josh McPake missed out against Bristol Rovers through illness and should be in contention for Friday.

One to Watch: Andy Cook

A name which is well known amongst the SWA, the former Rovers favourite is Bradford’s top scorer with 11 goals so far this campaign.

After coming through the ranks at Carlisle, he was loaned out several times including to rivals Barrow which later turned into a permanent move where he made 60 appearances.

In 2016, he arrived at Prenton Park where he went on to make over 80 appearances in front of the SWA, in addition to a fairly impressive goal return throughout the two years.

Cook would later return to the Wirral on loan in 2020 before joining Bradford City on a permanent basis post a successful loan spell.

With an impressive goal return this year, he will be hoping to have a strong end to the campaign under the new well-experienced manager and have a positive finale to the season.

An appointment that not too many expected, Mark Hughes arrived at Valley Parade at the back-end of February.

His playing career was one anyone would be proud of having made over 300 appearances for Manchester United, a loan spell with Bayern Munich, two years with Barcelona and one last hurrah when he helped Blackburn to promotion from Division one in 2001 and helping the Lancashire side lift the League Cup in 2002

The vastly experienced gaffer has been out of work since 2018 after leaving Southampton which ended a run of a number of jobs within the top two tiers of English football. He had spells with Blackburn, Manchester City and Fulham before spending five years at Stoke City.

Since moving to Bradford, Hughes has only managed two wins from his first eight games as the Bantams boss, but will be hoping to end the season strongly as they look ahead to the 22/23 season.

Both UK and International supporters can watch live on iFollow! You can get your match pass by clicking here.

It was the home side who started the brightest and sustained early pressure on the Rovers goal. Two successive crosses into a good area were well defender by Petr Clarke.

Tranmere didn’t read the warning signs however as on 18 minutes, Bradford put themselves ahead. A cross from the right was glanced into the far right corner and beyond Joe Murphy by Jamie Walker.

Ten minutes later, the home side were reduced to 10 men. Elliott Watt, who had only been booked five minutes earlier, steamed in on Lee O’Connor with a late tackle and was given his marching order by referee Carl Boyeson.

With a man advantage, Rovers started to create more chances. Sam Foley’s header landed on the roof of the net from Dacres Cogley’s cross before another header from Foley landed inches past the far post from a similar position.

McManaman got straight into the action, picking out Merrie on the edge of the box whose right footed shot rose just over the bar.

Despite having most of the ball, Rovers struggled to carve out ,any clear cut chances in the second half and it was the hosts who threatened with 15 minutes left. A lofted free kick was met by Songo’o on the volley but Murphy reacted brilliantly to deny him.

With time running out, up stepped McManaman with a moment of quality to get an important equaliser. He collected the ball on the right, ran at Ridehalgh and shot low into the far corner off the post with nothing Bass could do about it in the Bradford net.

With Tranmere pushing for a winner, the home side so very nearly stole it at the death. Lee Angol broke the offside trap to go one on one with Murphy but his effort cannoned back off the woodwork to spare Tranmere’s blushes.

The points were shared at Valley Parade with another all important game coming up on Easter Monday against Exeter City at Prenton Park. 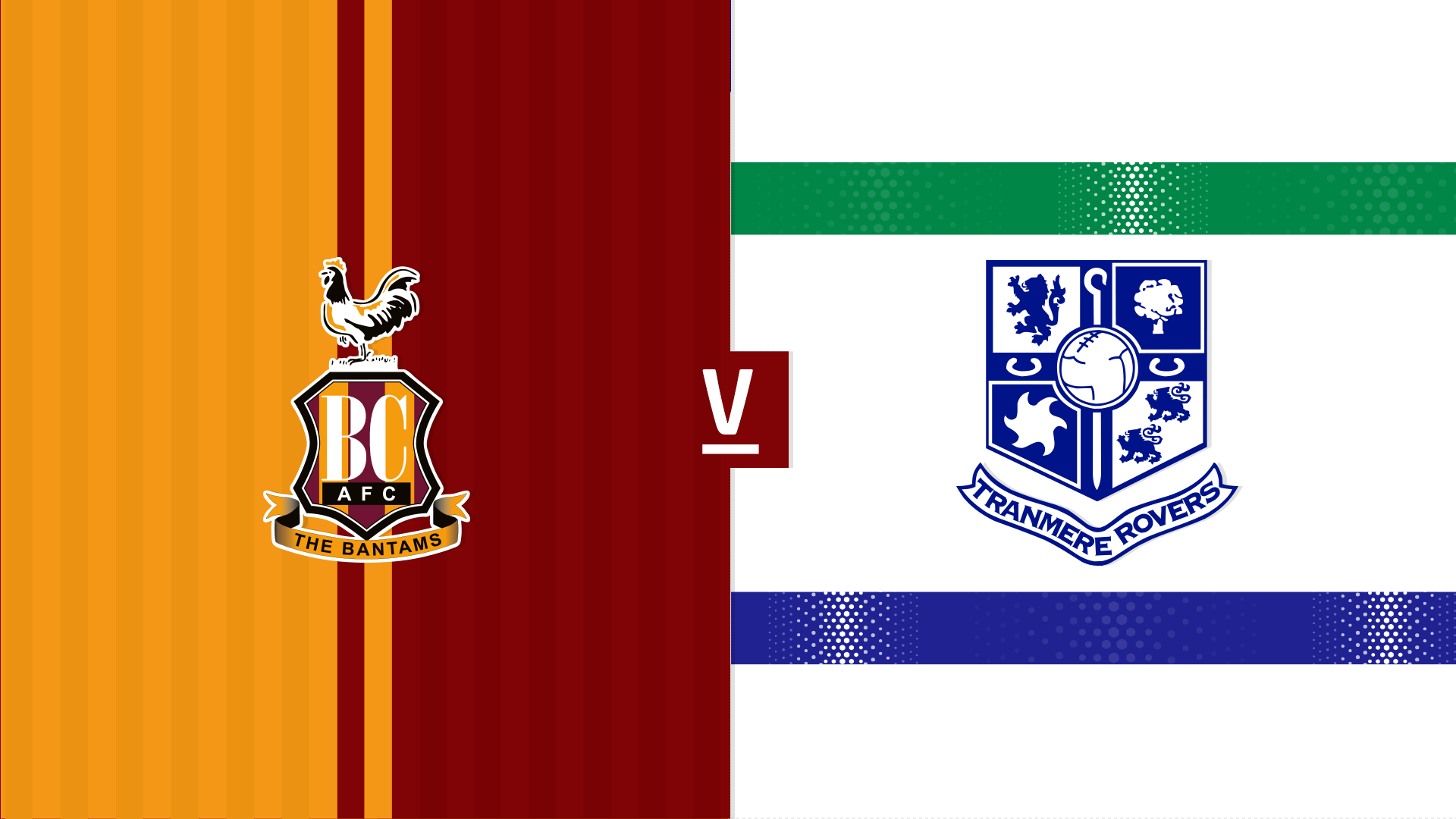 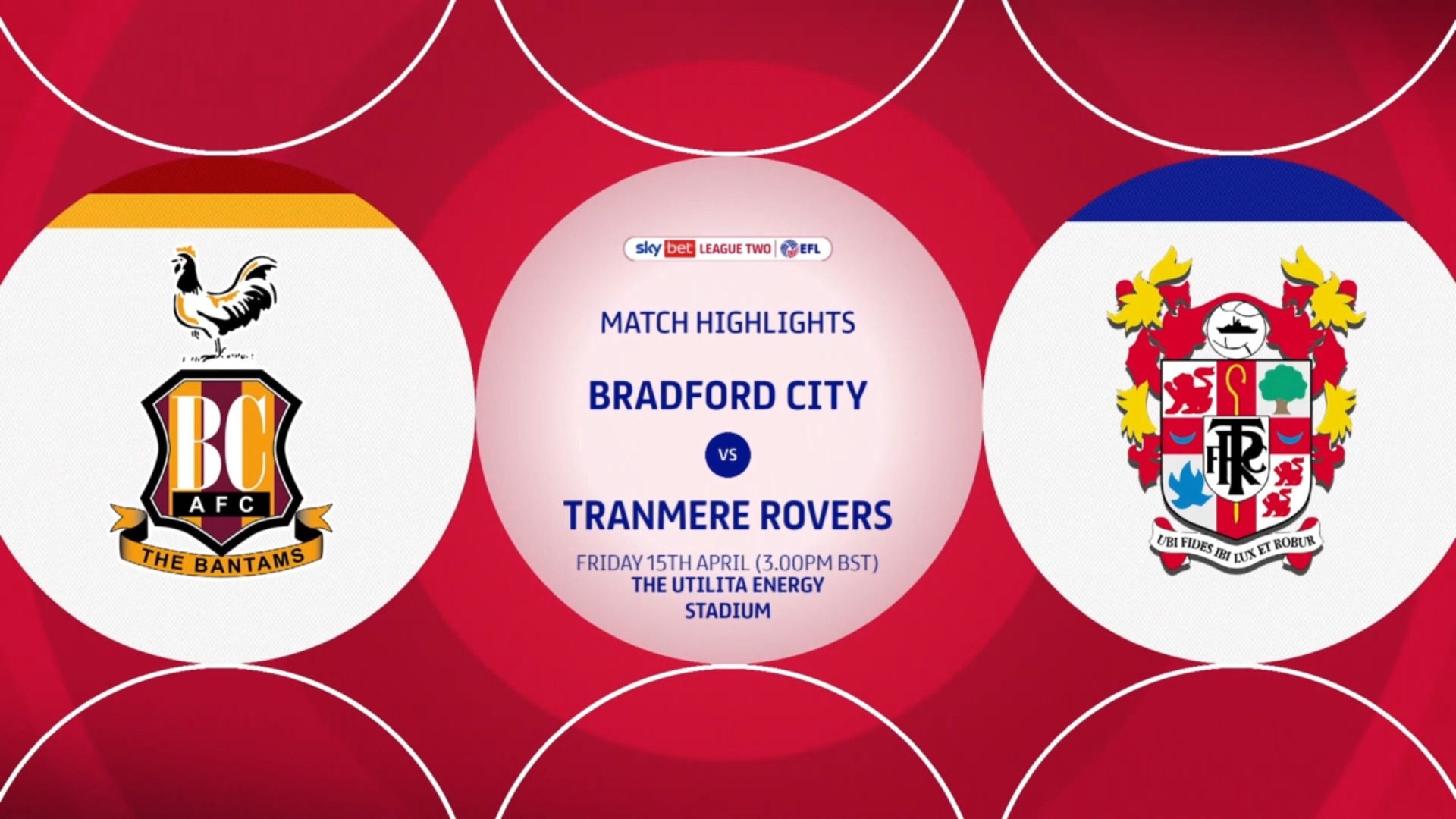 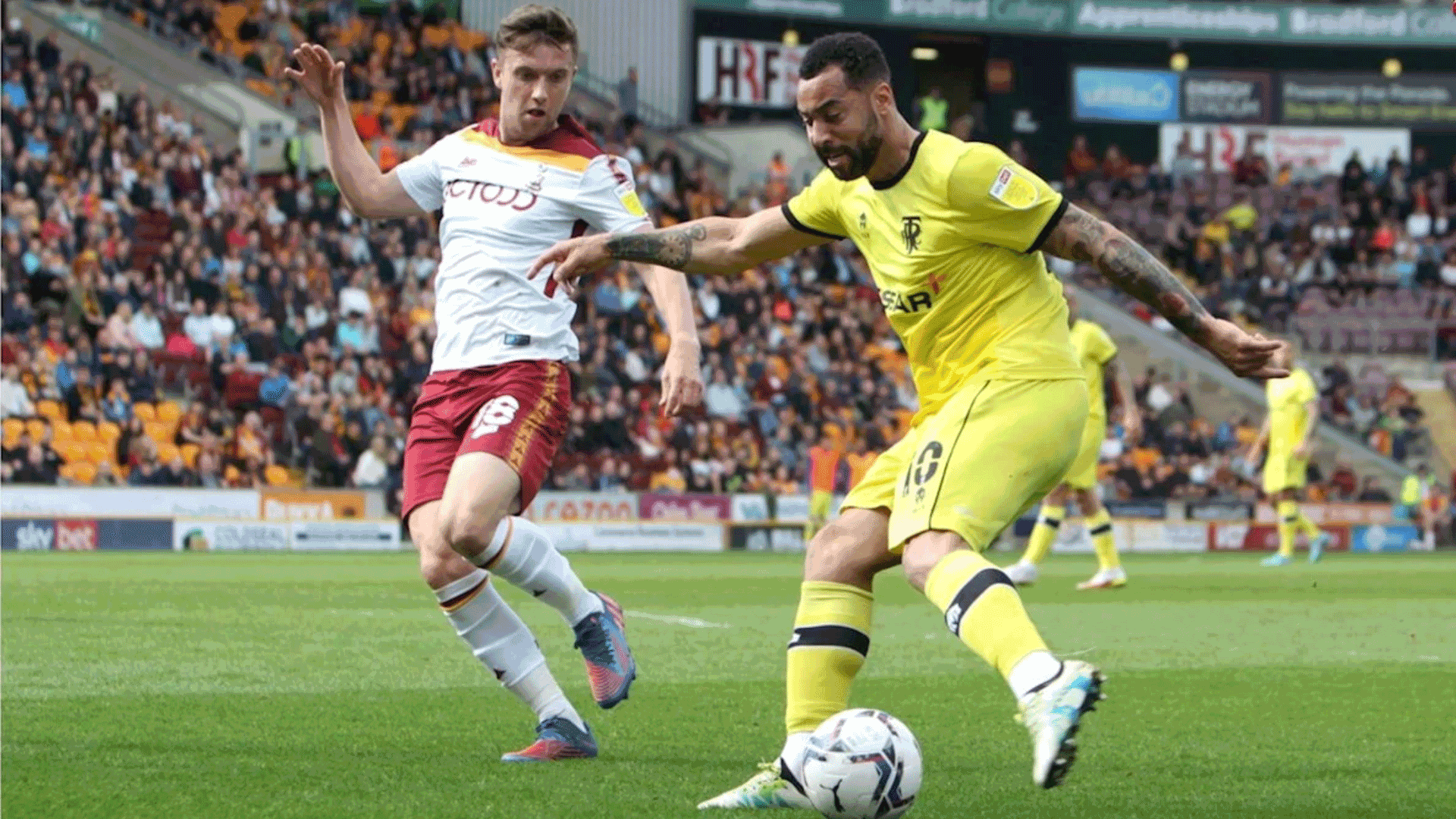