After a huge win on home soil last time out, the stakes are even higher heading into the final three games of the season as Rovers travel to face relegation-battlers Stevenage on Saturday afternoon.

The hosts sit four points above 23rd placed Oldham Athletic with a game-in-hand and would hope to pick up a couple of positive results between now and the end of the season to steer themselves clear of the threat of relegation to the National League.

But Rovers have climbed back into the play-off places with a crucial 2-0 win over 2nd placed Exeter City last time out thanks to goals from Josh Hawkes and Elliot Nevitt.

With three games to go, four points separate 4th and 8th in Sky Bet League Two meaning one of the sides are set to miss out on a play-off spot come the first week of May.

Calum MacDonald and Kieron Morris serve the final of their four game ban this weekend.

After breaking through at Crystal Palace, he went on trial with Gillingham before earning himself a one-year-deal in May 2015.

His four-year long stay with the Gills ended in 2019 when he left the club to join Stevenage which is where he has enjoyed his football, picking up the club’s ‘Player of the Year’ accolade last year.

This year despite being a tough one for his side, has been on the whole quite impressive with him getting into double figures for goals and being the club’s joint top-scorer with 4 games left to play.

After a run of nine games without a win, Stevenage announced the club had parted ways with manager Paul Tisdale and was ready to announce the appointment of experienced EFL manager Steve Evans.

Born in Glasgow, Evans spent all his playing career North of the border, his longest stint being with Albion Rovers.

But since being in management, Evans made the move to England and in 2007 he joined Crawley Town in a move which lasted for the following five years.

After winning a promotion with Crawley, he earnt a move to Yorkshire side Rotherham United which saw him lead the Millers to play-off glory in 2014.

Since then, he has endured some less successful spells at the likes of Leeds United, Mansfield and Gillingham before being appointed manager of Stevenage in mid-March.

Despite losing his first two games in charge, Evans now has his side unbeaten in their last three games and will be hoping that continues as they look to avoid a relegation fight which still could go down to the wire.

Live match commentary will be available via iFollow for just £2.50! Click here to get your audio pass

Tickets for our away game against Stevenage on Saturday 23rd April are now on sale.

We have been given an allocation of 1044 tickets in the South Stand. This match will be ticket only for away supporters.

Coach travel will also be available for this fixture, departing Prenton Park at 8:30am.

Both match tickets and travel can be purchased in TRFC Store or online by clicking here. 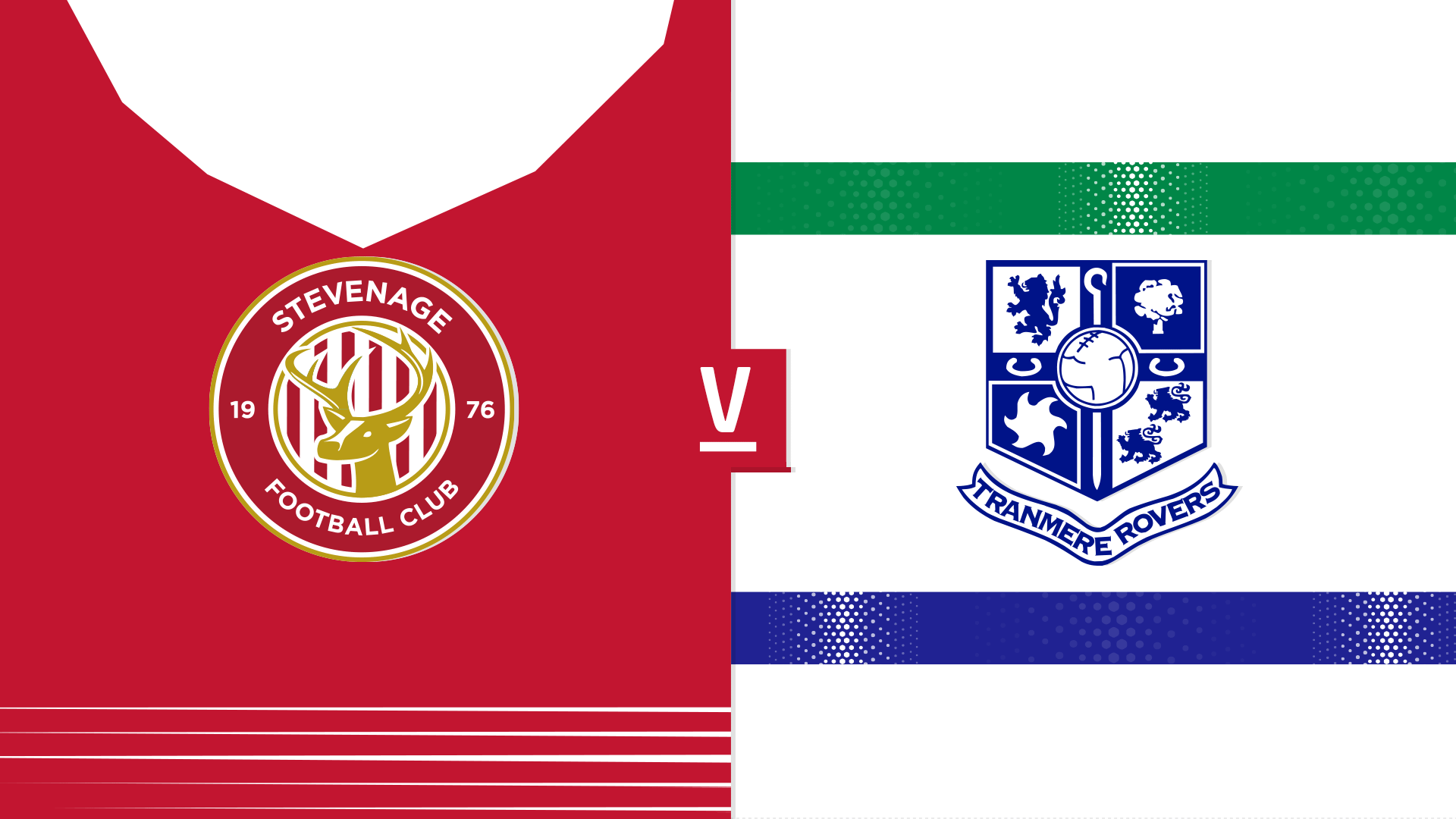 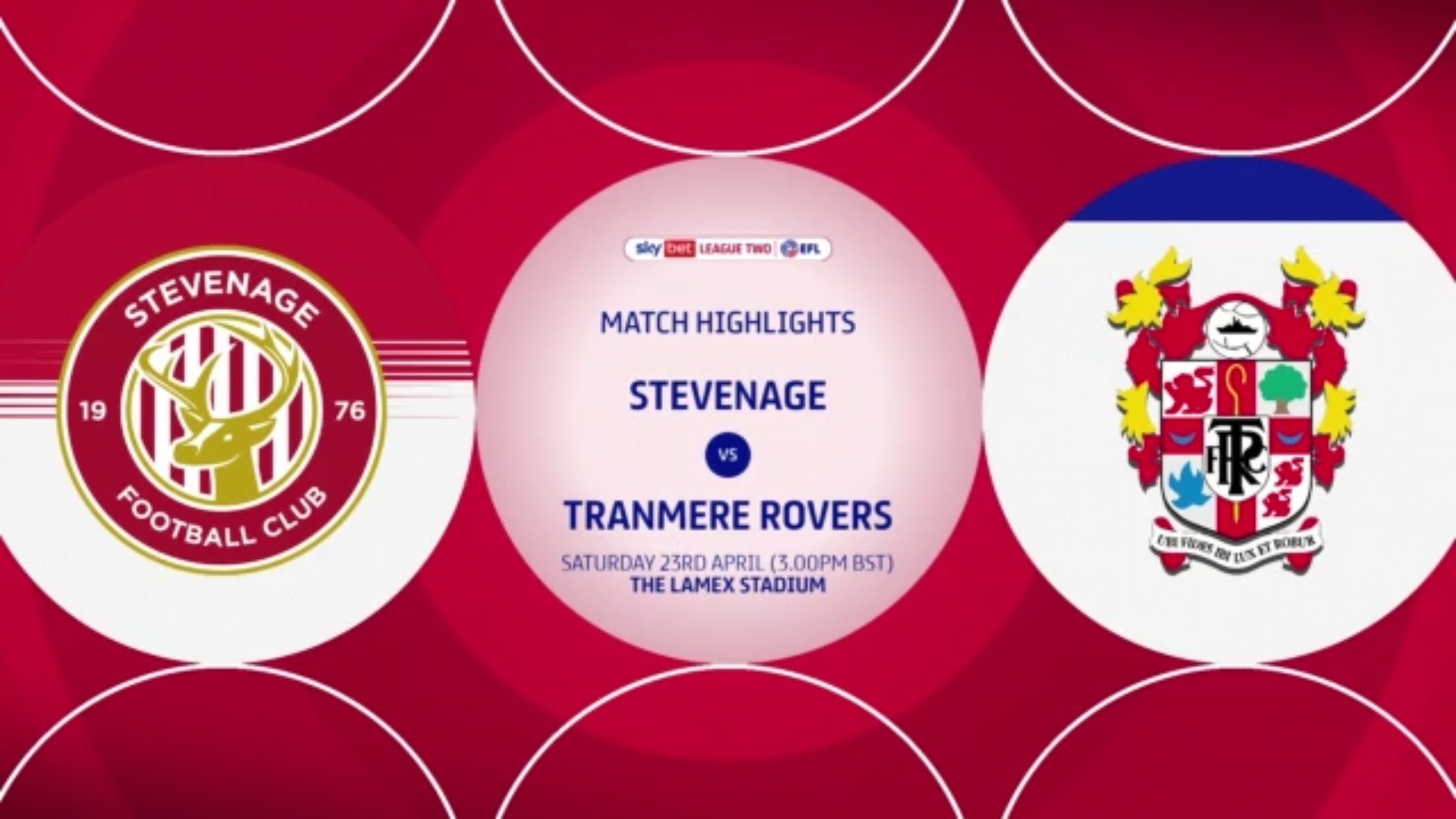 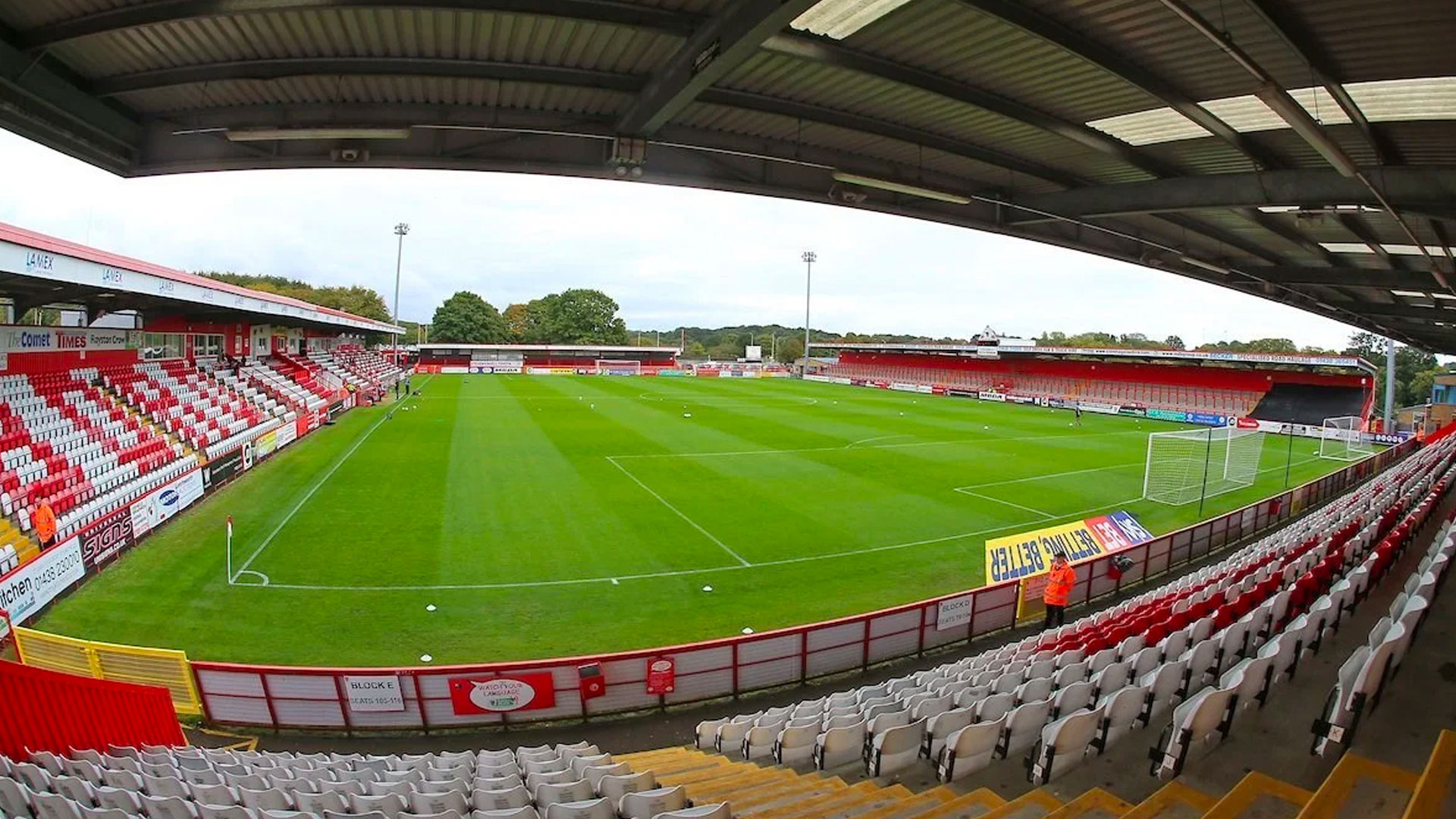