After heartbreak on home soil last time out, Micky Mellon will be looking to take the positives out of a tough afternoon last Saturday as we face Bristol Rovers at Prenton Park.

A last-minute equaliser saw Tranmere held to a point last weekend, but with a lot of resilience and character shown after being down to nine men as the final whistle blew, there was plenty of things to hope to see on show again this weekend.

It’s sure to be an enticing clash come Saturday afternoon with both sides competing for a place within the top seven as the Sky Bet League Two season draws to a close.

Rovers will be without Kieron Morris and Callum MacDonald who saw their respective appeals for their red cards against Carlisle United turned down and therefore will see out their suspensions for the dismissals last Saturday.

Josh McPake is a doubt after suffering with illness this week.

One to Watch: Anthony Evans

Born on Merseyside, Evans trained with Liverpool as a youngster before joining Everton at the age of nine.

He signed a professional contract with the Toffees in 2015 and was loaned out to Lancashire sides Morecambe followed by Blackpool.

After two loan spells in the EFL he joined SC Paderborn 07 in Germany before moving back to England and eventually joining Bristol Rovers in the summer of 2021 on a one-year deal.

This year has been a hugely successful one for the former Everton man with 19 goal contributions so far this campaign and nearly into double figures for goals as he sits second in the top scorers list for the Gas this year.

One of the big names in League Two, Joey Barton has been in charge at the Memorial Stadium since February 2021.

After making over 130 appearances for Manchester City where his career really took off, he then joined Newcastle United followed by QPR where he racked up just short of 270 top-flight appearances between the different clubs.

The ex-Burnley man is currently in his second managerial job after being in charge of Sky Bet League One side Fleetwood Town between 2018 and 2021.

Since taking over, Barton has inspired a recent surge towards the play-offs as the visitors to Prenton Park this Saturday currently sit 5th in Sky Bet League Two, two points ahead of Micky Mellon’s side.

t was back-to-back draws at Prenton Park for Tranmere as Kane Hemmings’ opener was quickly cancelled out by Elliot Anderson for the visitors who maintain their own promotion push.

Micky Mellon’s side are now a part of the chasing pack for the Sky Bet League Two play-offs having not claimed all three points, but it’s still all to play for in the fourth tier with five games to go.

There was virtually nothing to split the two sides within the first 45 minutes at Prenton Park.

Elliot Nevitt was the only player to have a real attempt on goal with the strike coming just after the half-hour mark as he ran at the Bristol Rovers’ defence and got a shot away which was palmed away by James Belshaw for a corner.

But Nevitt’s strike was the only real talking point in what was a fairly uneventful first half.

The second half started much brighter with Rovers getting further forward and into some good areas.  And just short of the hour mark, Hemmings latched onto a long kick from Joe Murphy and emphatically smashed home to give Tranmere the lead.

It could’ve been two minutes later as Nevitt did brilliantly to flick the ball beyond Connor Taylor and went through on goal, but his effort was saved by Belshaw.

Two minutes later, the visitors made the home side pay for their missed chance as Elliot Anderson swept home to level the scores.

Joey Barton’s side had the momentum and could’ve taken the lead moments after the equaliser after Luca Hoole’s effort was saved by Murphy before Callum McManaman nipped in with a crucial interception to prevent a tap-in.

With ten minutes to play, both sides pushed for a crucial winner with substitute Sam Foley having an effort blocked from a corner.

But the game drew to a close with not too much action in the final stages as both sides were made to settle for a point.

Next up for Micky Mellon’s side is a trip to Bradford City on Good Friday. 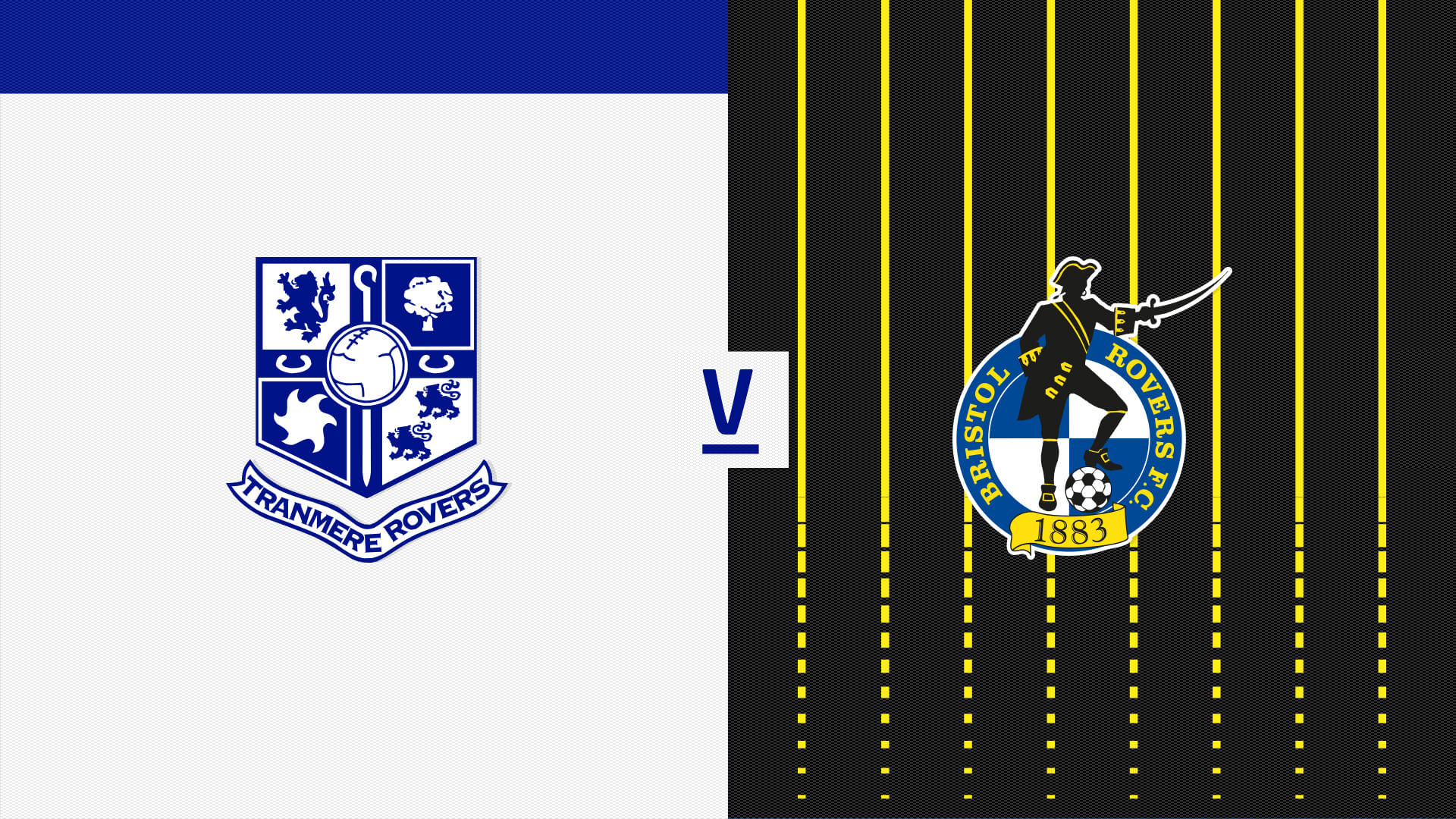 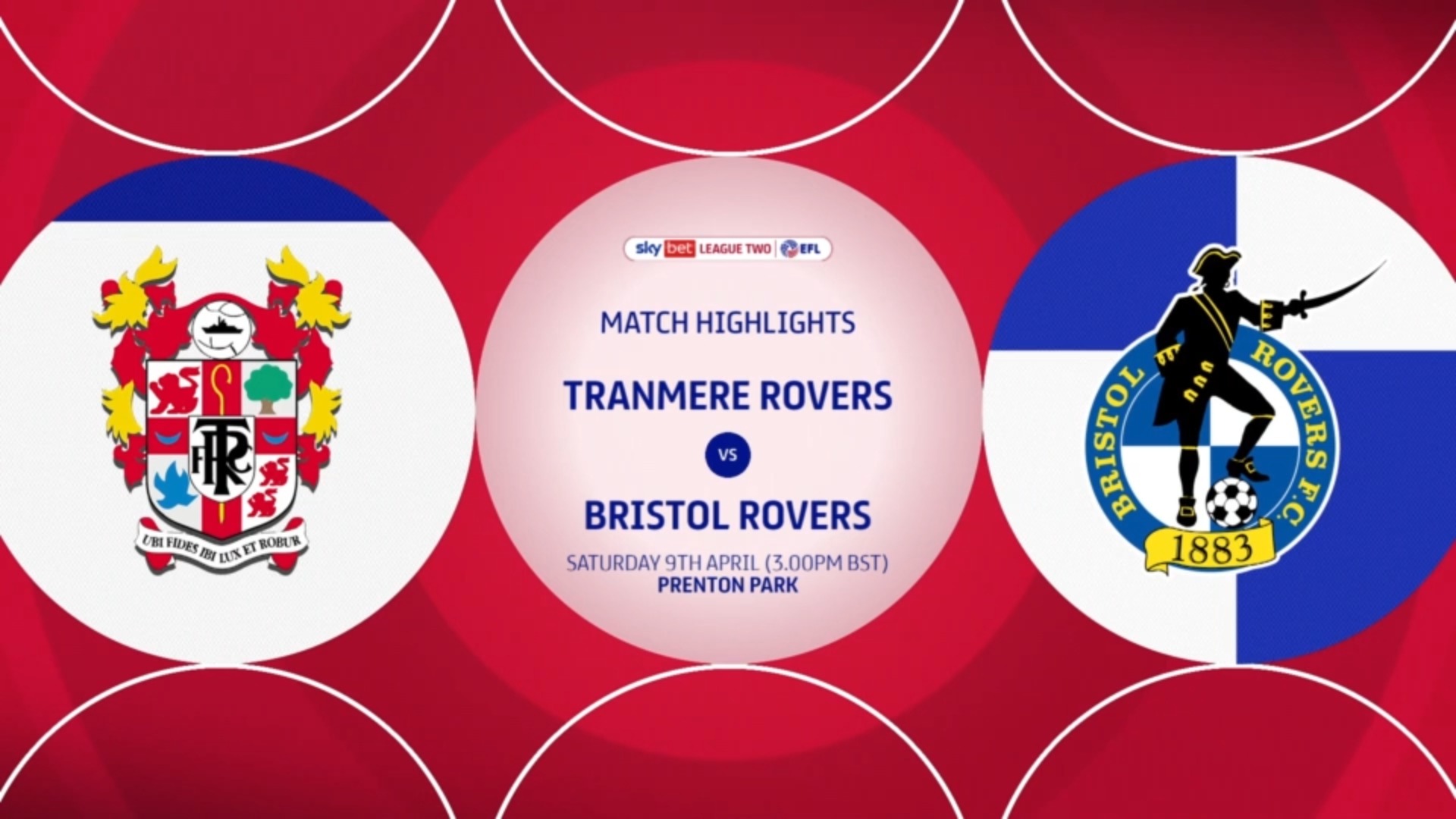 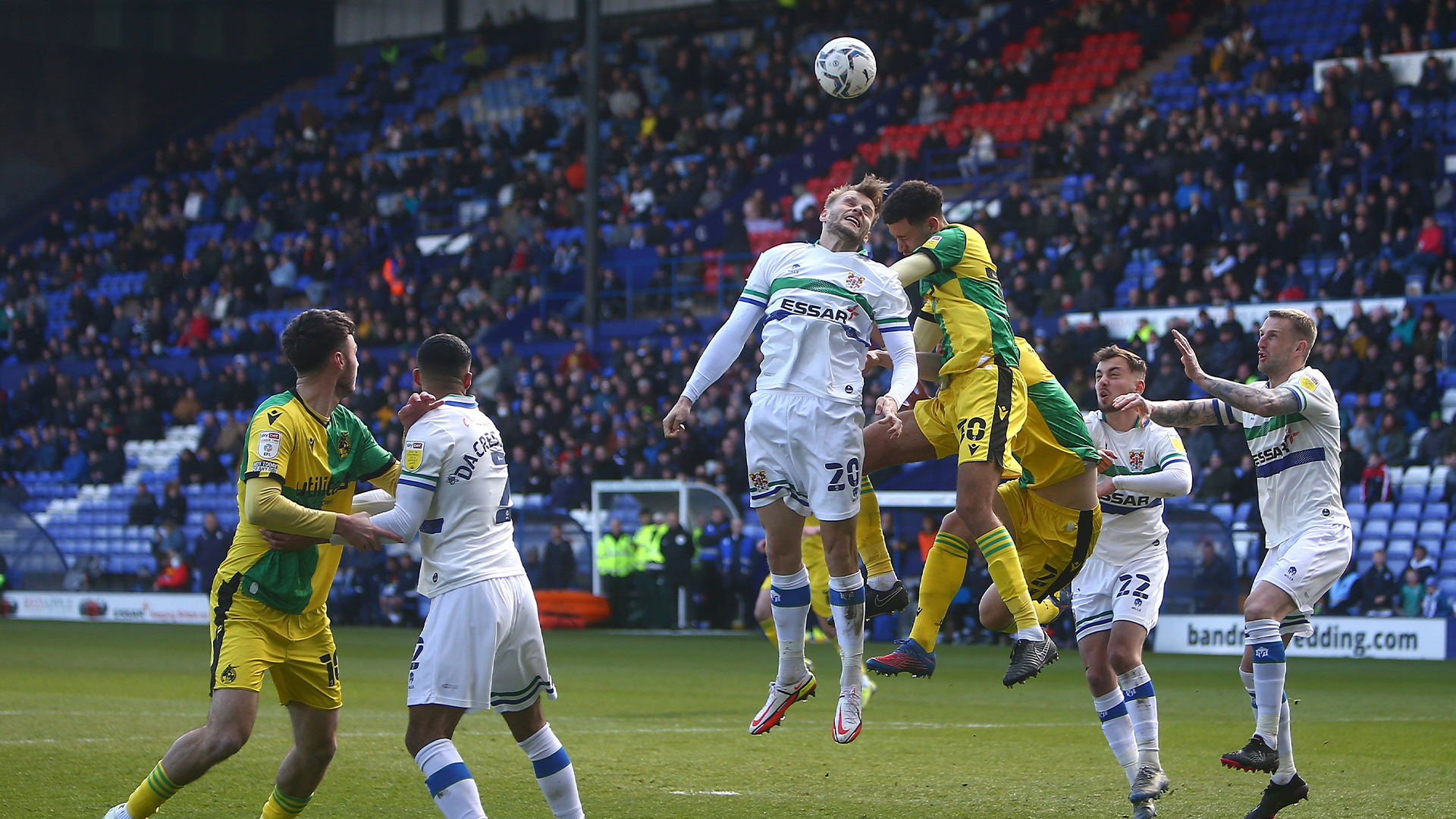