We’re back on home soil and looking to get back to winning ways to maintain the promotion push as Carlisle United are the visitors to Prenton Park on Saturday afternoon.

With the best home record in Sky Bet League Two, Micky Mellon will be hoping to pick up another key win at home as Carlisle look to continue their impressive start under club legend Paul Simpson after they have given themselves some breathing space from the relegation places.

After Saturday’s last-gasp defeat in Essex, the League Two table got even tighter with Tranmere slipping to seventh but still sitting just three points off Northampton Town in the 3rd and final automatic promotion spot, highlighting just how tight the league table is.

And with back-to-back home games, Rovers will look to build some momentum as the league’s final standings are sure to go down to the wire.

Jay Spearing and Nicky Maynard returned to the bench last week at Colchester and have stepped up their fitness this week.

Kieron Morris is available for selection again after a shoulder injury, as if Lee O'Connor after being away on international duty.

One to Watch: Omari Patrick

Carlisle’s top scorer this season, Omari Patrick has thrived since the arrival of Paul Simpson.

After the new manager has revived the Cumbrians’ season, Patrick has been in fine form and helped United get out of what looked to be a dreaded end to the League Two season.

After a number of failed trials with the likes of Brentford, Barnet and Rangers, he finally made his way into the football league after a successful trial with Barnsley’s Under 23’s.

Following on from a couple of loan spells, Patrick completed a switch from Carlisle to Burton Albion before re-joining the Cumbrian side on an 18-month contract where he has found some form this campaign and will be hoping to build on it next year.

With seven goals so far in league action this campaign, he will hope to add a couple more before the season is out.

Paul Simpson’s return to Bruton Park has gone down a treat with the Carlisle faithful since a turn of results has seen them move out of the relegation spots and just a few wins away from safety for another season.

After being born in Carlisle, he eventually ended his playing career there and took over originally in a player-manager role.

After experiencing financial trouble and being placed under a transfer-embargo, Simpson oversaw the immediate return to League Two as play-off winners from the conference before gaining back-to-back promotions and getting the club to League One in 2005/06.

Following on from his success, he left to join Preston North End before having spells with Shrewsbury and Stockport before taking up a role with the England Academy set up.

Simpson was re-appointed as the Carlisle manager in late February and has since moved them out of the relegation places and look to be more than likely safe for this season.

It was heartbreak for Tranmere Rovers as Carlisle United took a share of the spoils with the last action of the game to draw 2-2.

Goals from Kane Hemmings and Elliot Nevitt weren’t quite enough for Rovers who had to settle for a point.

Tranmere were ahead within the opening quarter of an hour with a brilliantly worked team goal as Lee O’Connor slipped a ball in behind for Josh Dacres-Cogley who drilled the ball across the face of goal and on a plate for Hemmings who tapped in from close range.

Rovers could’ve been two to the good when Nevitt picked the ball up on half-way and drove at the Carlisle defence before seeing a low-driven shot well saved by Mark Howard at his near post.

Carlisle still held a threat in the game and had a golden opportunity of their own as Jordan Gibson went through but was pushed away from goal by Joe Murphy before the United man tried to chip the retreating Murphy, but his effort was blocked by Dacres-Cogley.

The away side continued to push for an equaliser with Kristian Dennis going close but seeing his effort swerve just wide after good work from Omari Patrick.

With five minutes of the first period left to play, Callum MacDonald was shown a straight red card for a tackle on Kelvin Mellor.

The delayed decision from the referee sparked a brawl on the near touchline once the red card had been shown which resulted in six yellow cards being shown by referee Charles Breakspear, including cautions for both respective managers.

As Micky Mellon made a half time substitution which saw Chris Merrie replace Josh Hawkins, it was the visitors who made the better start and within ten minutes of the second half they were level.

A quick corner routine saw Patrick pick the ball up out wide and drive inside before unleashing a powerful effort which deflected past Murphy to level the scores.

Rovers nearly took the lead again through Hemmings whose effort was well saved before Tom Davies had a header somehow kept out by a number of bodies in the way.

The visitors pushed for a winner and went close with 15 minutes to go as Morgan Feeney’s header was brilliantly saved by the Rovers shot stopper.

The resulting clearance from Merrie went over the final Carlisle defender and sent Elliot Nevitt through who calmly slotted home to give Rovers the lead once again in what was a frantic 30 seconds.

It was a nervy final few minutes as Rovers were reduced to nine men as Kieron Morris was given his marching orders for a high foot.

Tobi Sho-Silva blasted over from near the penalty spot with just a couple of minutes to go as the Rovers put their bodies on the line to defend their lead.

But with virtually the final kick of the game, Gibson’s effort from 30 yards cannoned off the post and fell perfectly to Sho-Silva who headed into an empty net.

Despite the heartbreak at the death, Rovers have to look forward with a huge game against fellow promotion hopefuls Bristol Rovers back at Prenton Park. 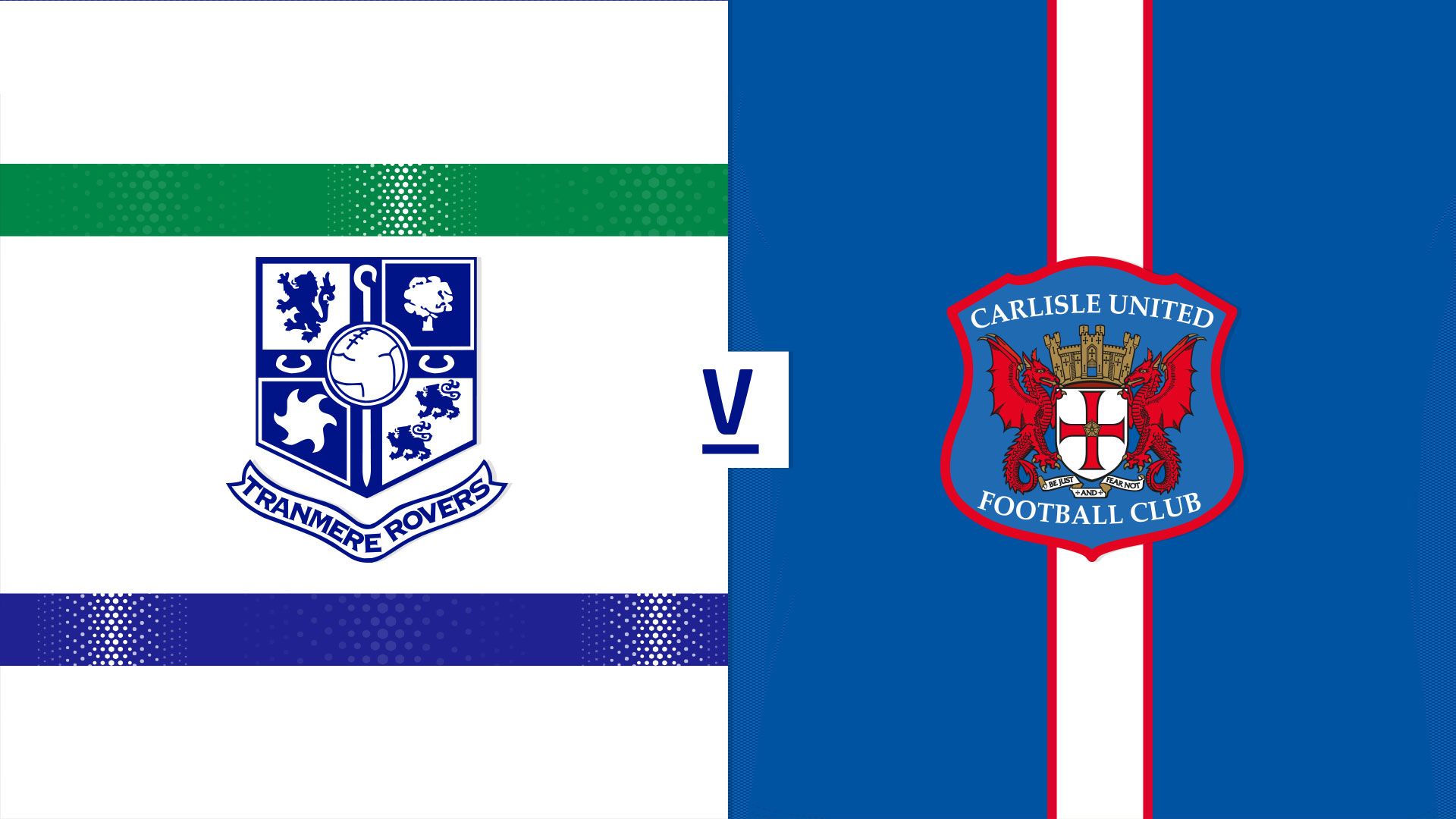 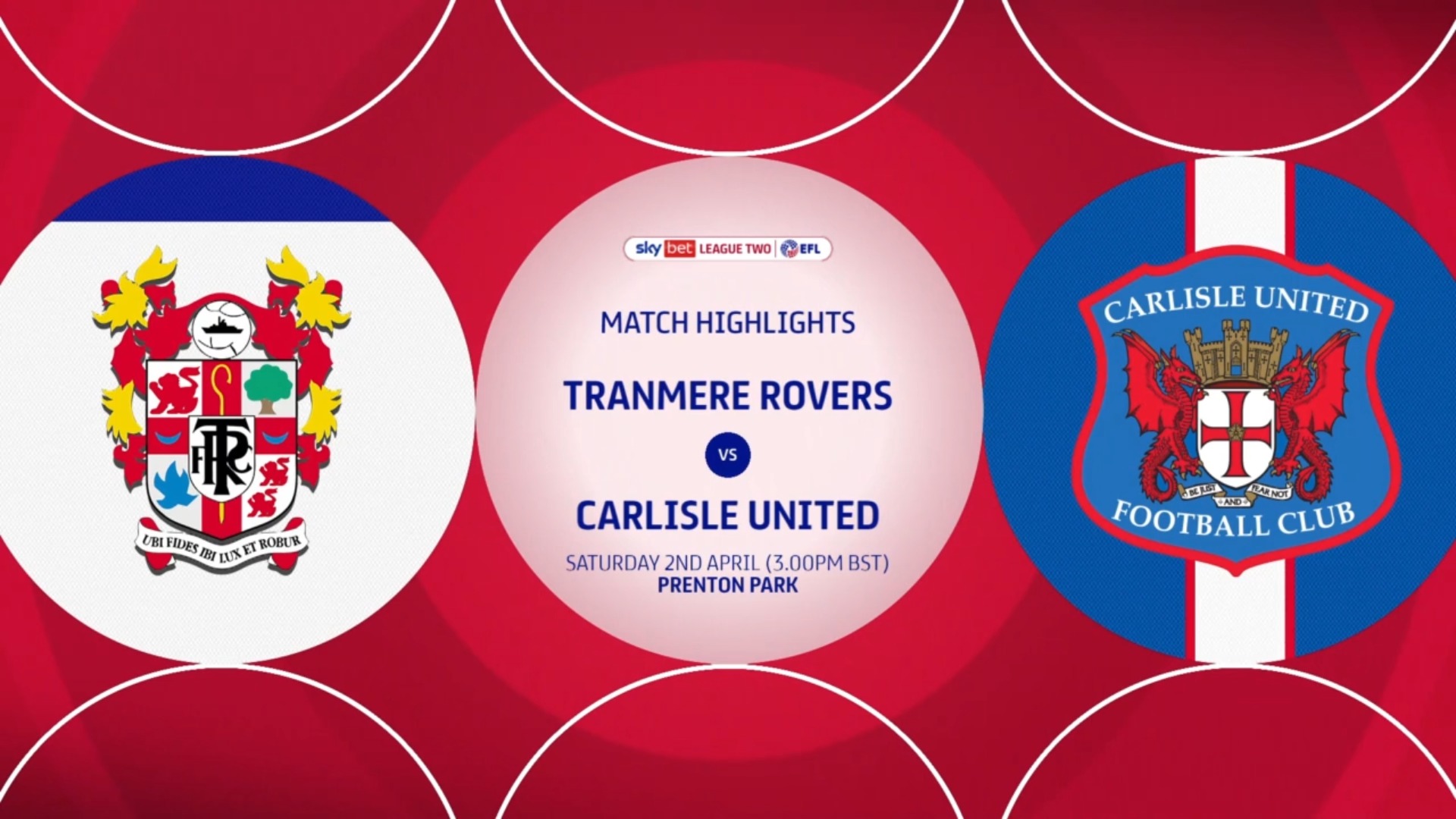 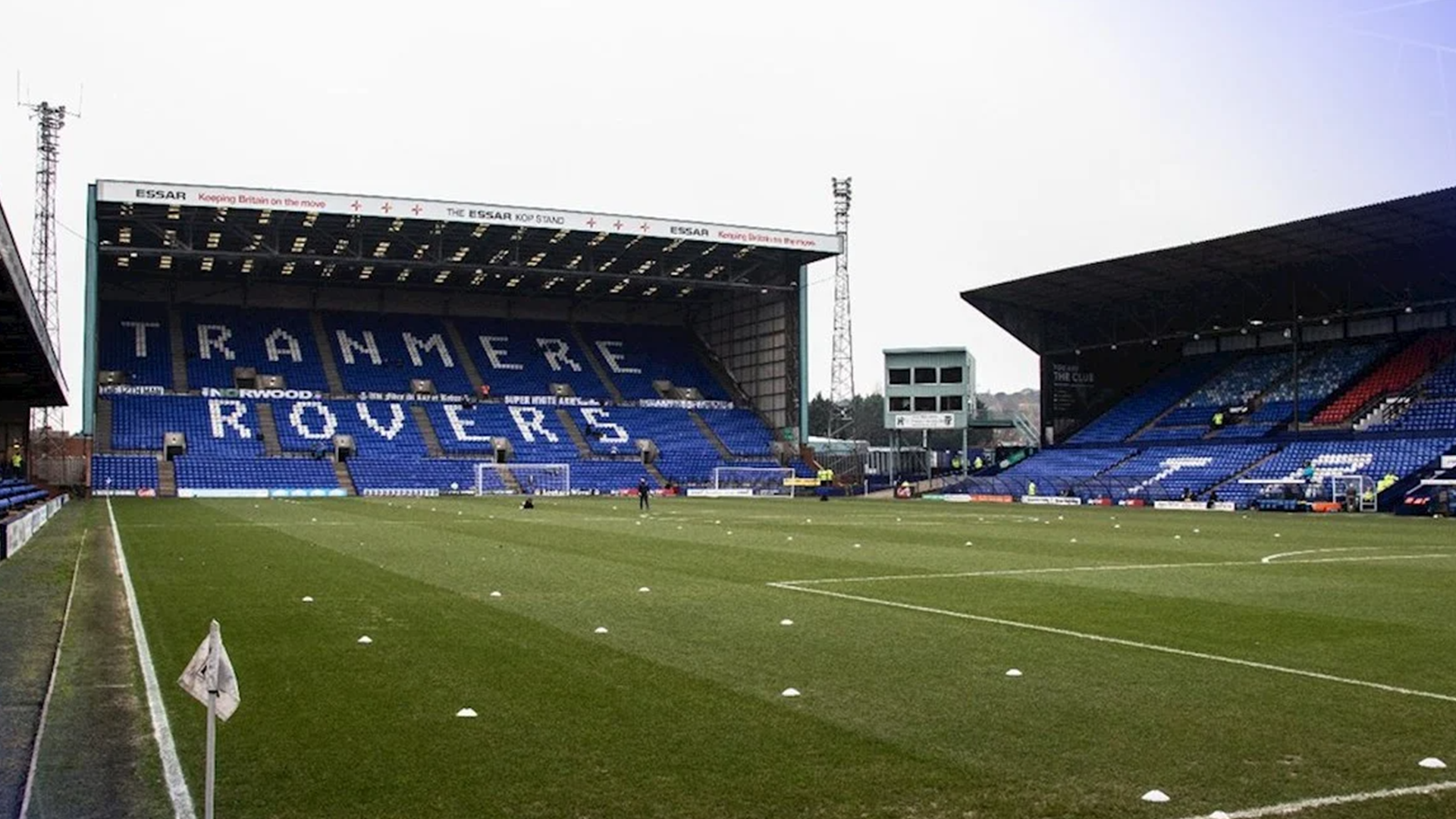