It’s an all-North-West affair for the last home game of the season as Tranmere prepare to face an already-relegated Oldham Athletic who will be playing for pride on Saturday afternoon at Prenton Park.

Despite the best efforts of John Sheridan who made a return to Boundary Park earlier in the season, it wasn’t to be for the Latics who are facing a season in the Vanarama National League next campaign.

As for Rovers, they’re still within a shout of the play-offs but will need a number of results to go in our favour as we head into the penultimate game of the regular season for Micky Mellon’s side with just a trip to Leyton Orient to follow on the final day.

Calum MacDonald and Kieron Morris return from suspension after their four games out.

Joe Murphy has returned to training following missing last week's game with a knock, as has Tom Davies.

Callum McManaman will miss out with concussion after a clash of heads against Stevenage.

One to Watch: Davis Kiellor-Dunn

After spending his youth days within a number of set-ups including Middlesborough, Sunderland and Chesterfield, Keillor-Dunn eventually broke through North of the border whilst playing for Ross County.

He would spend two years in Scotland including a loan spell with fellow Scottish side Falkirk before moving to Wales by joining Wrexham until the end of the 19/20 season.

His move to Oldham in 2020, despite not being the most successful season when looking at the final standings, was a positive one for the forward who nearly got into double figures for goals.

And this year has been even more impressive on a personal level, contributing to 17 goals whilst also claiming a personal accolade with Sky Bet League Two ‘Player of the Month’ for February.

With two games left to play, Keillor-Dunn will be hoping to end the season on a high and add to his tally as the Latics prepare for life outside of the top four tiers of English football for the first time in 115-years.

John Sheridan returned to the club in January and gave Oldham a fighting chance of survival with some crucial wins which looked like they might just be enough to save the former Premier League side from the drop.

In his playing career, Sheridan played a lot of his career with Leeds United, spending seven years with the Yorkshire side. He finished his career with Oldham where he played well over 100 games for the club before taking full charge in 2006 post several caretaker roles at Boundary Park.

Since then, Sheridan has managed a whole host of clubs which seem to always complete a full circle and finish with him back in the North-West as he is now currently in his fourth spell of being in permanent charge of the side in which he clearly has a special feeling for.

With the announcement being made on Thursday that Sheridan had signed a new deal to keep him as the Oldham gaffer till the summer of 2023, Oldham fans will feel a huge boost heading into what is going to be an experience no matter what happens when they start next season in non-league.

Live commentary will be available via iFollow for just £2.50. Click here to get your audio pass

It was another home victory for Micky Mellon’s side who beat Oldham Athletic 2-0 to keep the play-off chances alive until the final day.

Goals from Josh Hawkes and Kane Hemmings were the difference against the already relegated side in a professional performance from Tranmere.

Rovers dominated the opening 45 minutes, controlling possession and denying Oldham any sort of attacking threat with a very quiet first half for Joe Murphy.

Hawkes had a chance in the opening 20 minutes of the first half after Kieron Morris’ cross travelled through everyone and reached Hawkes at the back post, but he snatched at his effort and saw the ball sail high and wide.

Hemmings then had a golden opportunity minutes later after being slipped through by strike partner Elliot Nevitt before having his one-on-one effort saved by the chest of Oldham keeper Jayson Leutwiler.

But on 26 minutes, Rovers finally broke the deadlock Josh Hawkes picking up the ball on the edge of the box before unleashing a brilliant strike which flew past the Oldham keeper to give Rovers a much-needed opener.

Oldham did have a half-chance towards the end of the half as Jack Stobbs saw an effort blocked by captain Peter Clarke before the strike could reach Murphy.

Tranmere’s dominance continued early on in the second-half with Hawkes a whisker away from his second of the afternoon after the ball fell to him as a result of a challenge on Hemmings and the winger shot just over.

But following the miss, John Sheridan’s side gave a timely reminder that they weren’t out the game just yet as David Keillor-Dunn got on the end of a perfect cross from the right but volleyed over Murphy’s crossbar.

With just over an hour played, Tranmere finally got their second of the afternoon after great pressing from Lewis Warrington allowed to ball to fall perfectly to Hemmings who curled the ball home and double Rovers’ advantage.

Oldham continued to try and test Murphy and with eight minutes of normal time to play, Stobbs forced Murphy into a great save as he pushed an effort around the post.

Hemmings could’ve had a second in the last actions of the game but was denied by a save from the Oldham keeper before a block on the line denied Rovers a third.

But Tranmere remained disciplined and showed great game-management to see the result out which means it’s all to play for on the final day in the capital.

With a number of results going in Rovers’ favour, Micky Mellon’s side travel to Leyton Orient sitting just two points outside the play-off places, putting the pressure on the teams above. 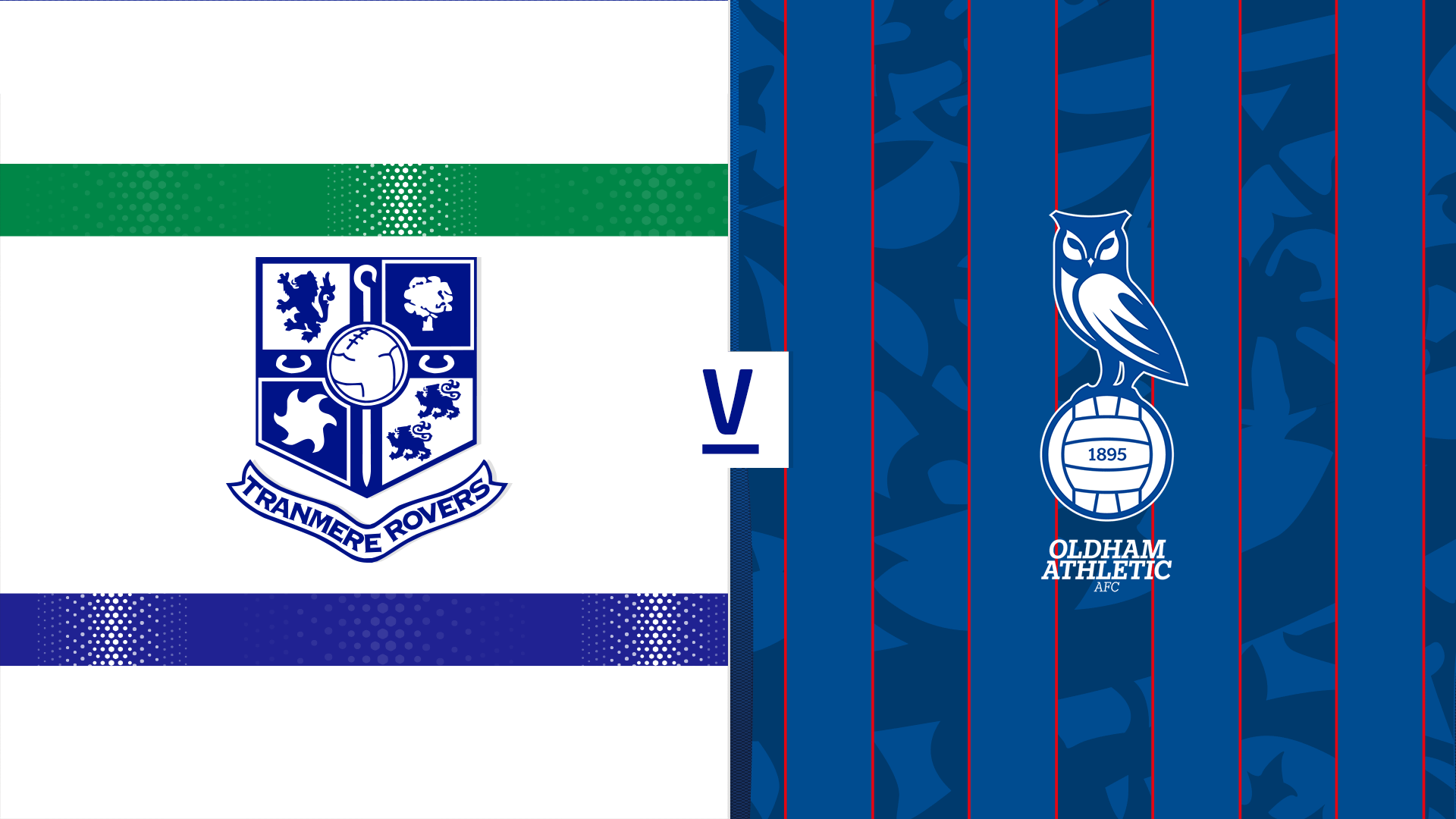 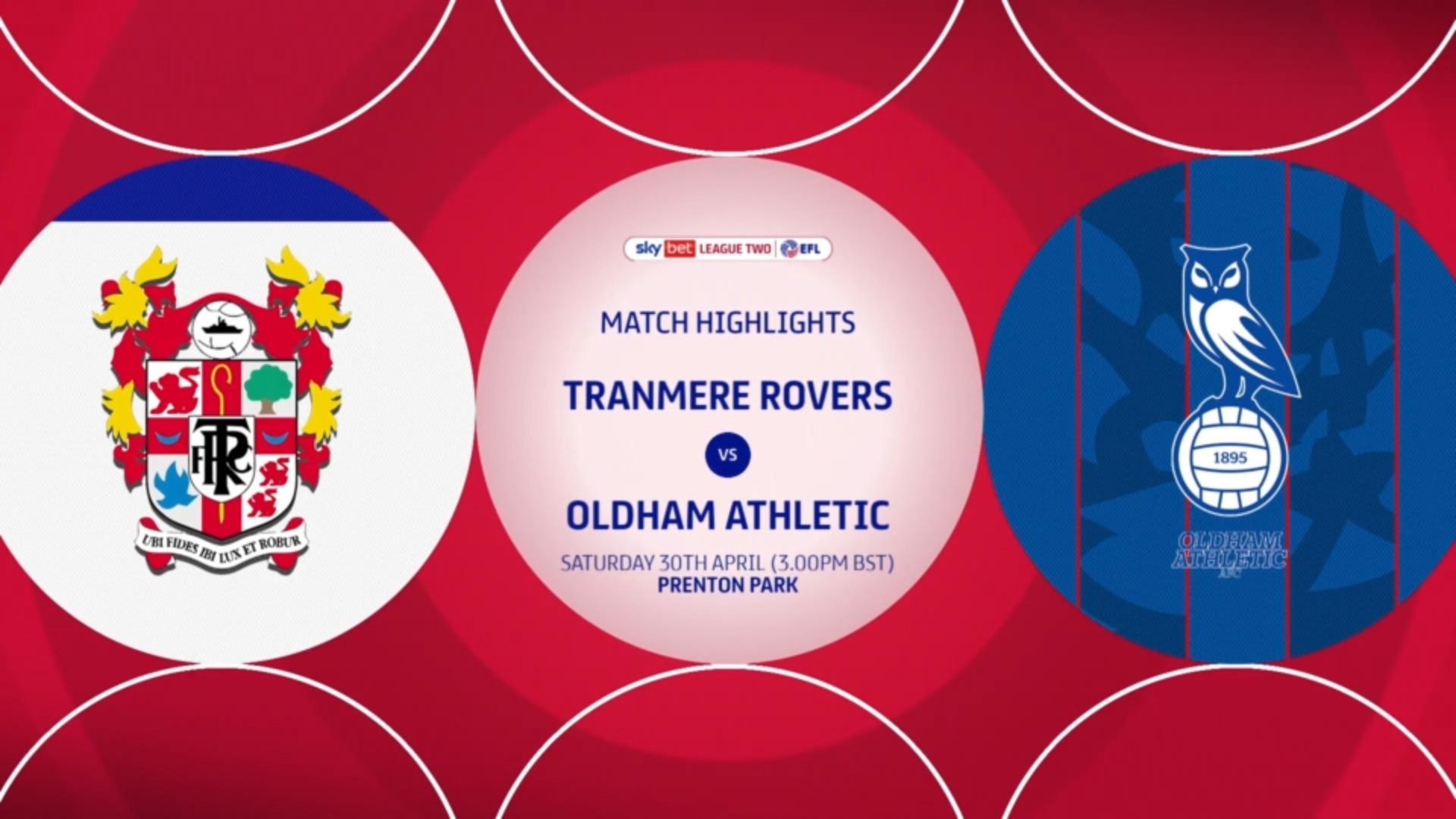 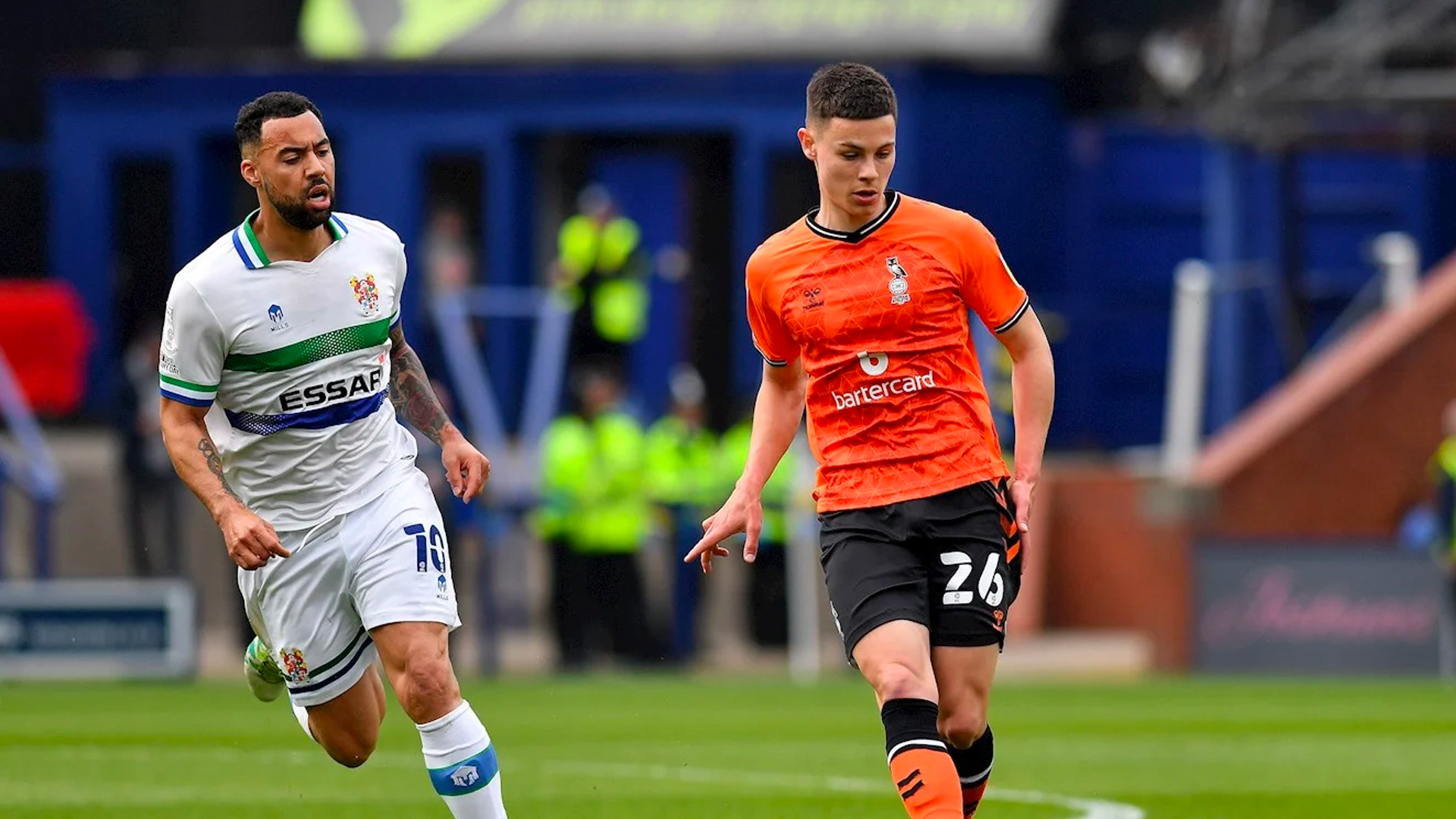