Tranmere Rovers are back on the road his weekend, making the trip to Scunthorpe United on Saturday.

Micky Mellon’s side suffered their first defeat of the 2021/22 Sky Bet League Two season, losing 1-0 to Newport County last week and will be looking to return to winning ways this weekend.

Micky Mellon revealed that a few players have trained less this week due to the recent schedule but has no major concerns heading into this game.

A product of the academy at AFC Bournemouth, Jake Scrimshaw joined Scunthorpe on loan earlier this summer.

Yet to make his debut for the Cherries, the 20-year-old has spent time away from the club on various loan spells.

He’s had loan spells in non-league with Poole Town and Eastleigh, as well as spells in League Two with Walsall and Newport County.

Scrimshaw scored his first goal for the Iron in their draw with Sutton United last weekend.

As a player, Neil Cox enjoyed a long career and played for the likes of Middlesbrough, Bolton, and Watford.

After retiring, he ventured into management with Leek Town, being appointed manager in October 2010.

He then moved onto AFC Wimbledon, working as Neal Ardley’s assistant manager from 2012 to 2018. Cox then followed Ardley, moving to Notts County.

In August 2020, he was appointed Scunthorpe manager and guided the Iron to a 22nd place finish last season.

Scunthorpe United ran out 1-0 winners against Tranmere Rovers courtesy of an early first half penalty. Both teams had chances to score throughout the game, but the early spot kick was the decisive moment.

Calum MacDonald made his first start of the season after a lengthy lay off through injury.

Scunthorpe took a third minute lead when Calum McManaman was adjudged to have handled the ball by referee Trevor Kettle, and he awarded the hosts a spot kick. Myles Hippyolyte stepped up and even though Joe Murphy got a hand to the ball, it hit the back of the net to give the hosts a goal advantage.

A wonderful stop by Murphy denied Scunthorpe a second after a lovely cross from the left hand side.

Minutes later, strong hold up play by Elliott Nevitt saw the frontman play the ball out wide for McManaman, to weave in and out before his effort took a deflection, resulting in an easy collection for the goalkeeper.

Scunthorpe had another glorious chance in the 34th minute, as Devante Green got the right side of the TRFC backline, to be denied by a great save. The hosts won a corner, and from this, Harry Davis was denied by another wonderful Murphy stop.

A corner kick by Liam Feeney was greeted by Ryan Watson’s head but he couldn’t steer the ball on target as Rovers looked for an equaliser.

Tranmere began the second half with a shot from the edge of the box by Ryan Watson, which flew inches wide of the right hand post.

United should have put the hosts two in front after the ball ended up at the back post for Lewis Thompson to side foot wide.

Manager Micky Mellon brought on Chris Merrie and Keiron Morris with 55 on the clock, MacDonald and Paul Glatzel making way.

Scunthorpe skipper Davis headed over the cross bar from a left hand sided corner, whilst at the other end, Tranmere were starting to put testing crosses into the opposition penalty area.

The final change for TRFC saw Emmanuel Dieseruvwe come on for Watson with 18 minutes remaining. A shot from the edge of the box by McManaman flew over the bar after a pass by Morris in the 74th minute.

Rovers had a fabulous opportunity to equalise when the ball ended up at Dieseruvwe’s feet after Morris’ shot was deflected, but he couldn’t get the ball under control to shoot. However, Scunthorpe held on for the win with the score finishing 1-0.

Our next game will be at home to Harlepool United on Saturday 4th September, 3pm kick-off at Prenton Park. Tickets are available to purchase now via www.trfctickets.co.uk.

Tickets for our away fixture at Scunthorpe United on Saturday 28th August are now on sale.

These are available in store or online here.

U12: Free with an adult (Maximum two per adult. These must be purchased in store or over the phone)

Tickets bought online can be collected from Prenton Park from Thursday onwards. Any tickets not collected will be available to collect from Scunthorpe on the day

Tickets will go off sale on Friday 27th August 12pm.

Tickets will be available on the day from ticket booths between the Britcon and East Stands. These will be card/contactless payment only. There will be no payment on turnstiles.

Official coach travel is also available. The coaches will depart Prenton Park at 9:30am. These tickets will go off sale at 5pm on Thursday.

Coach tickets can be bought online here or in store. 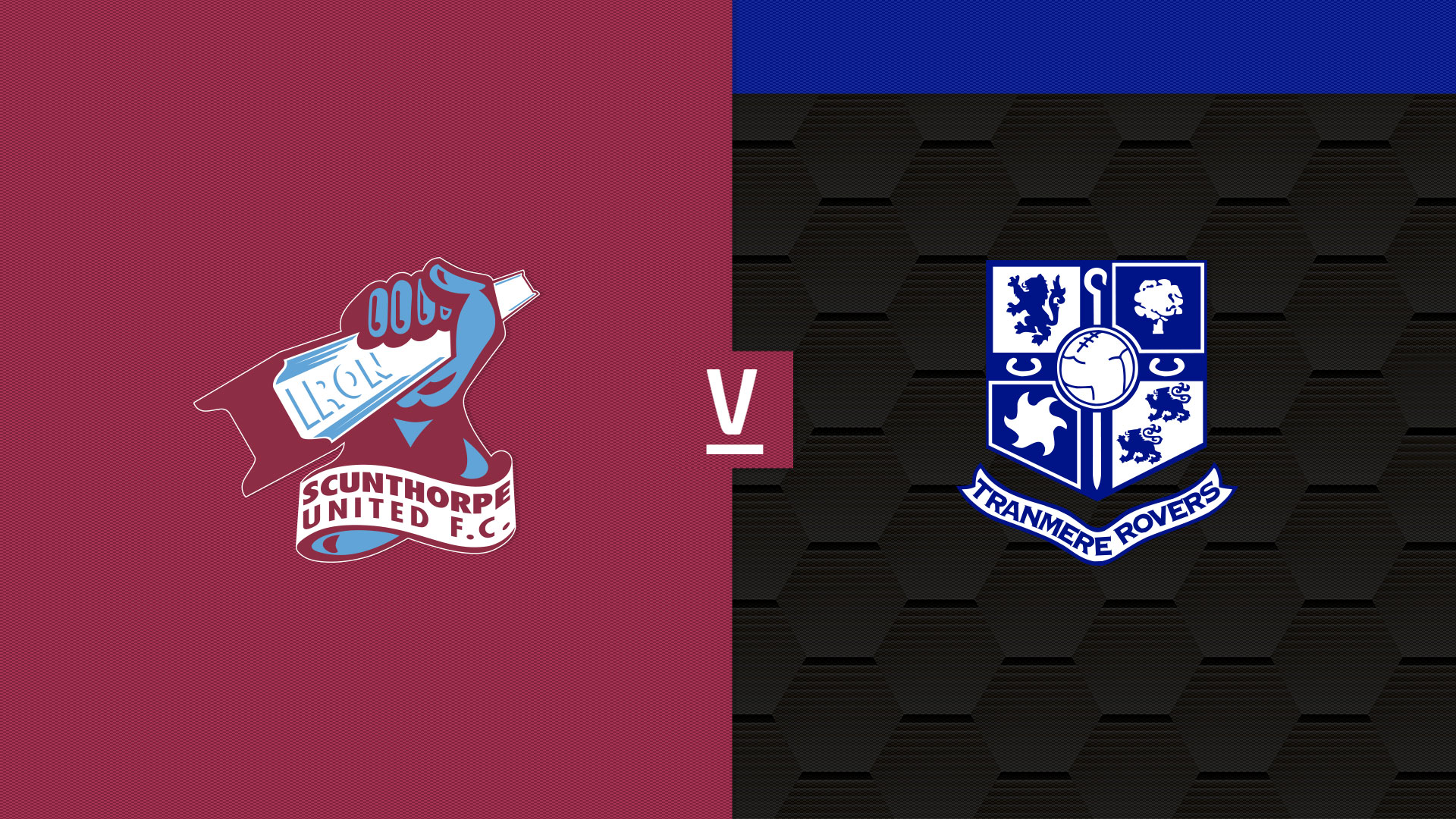 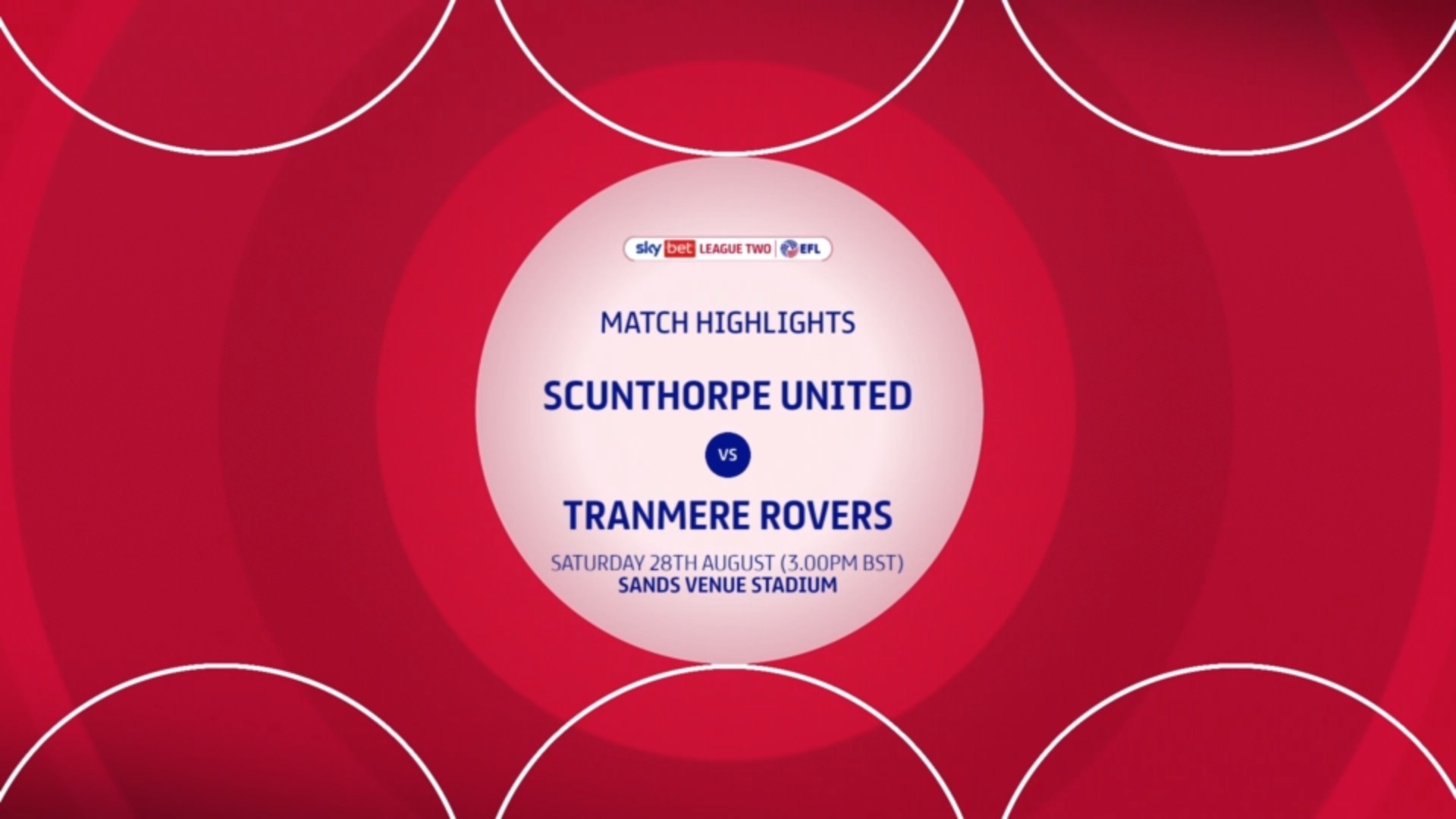 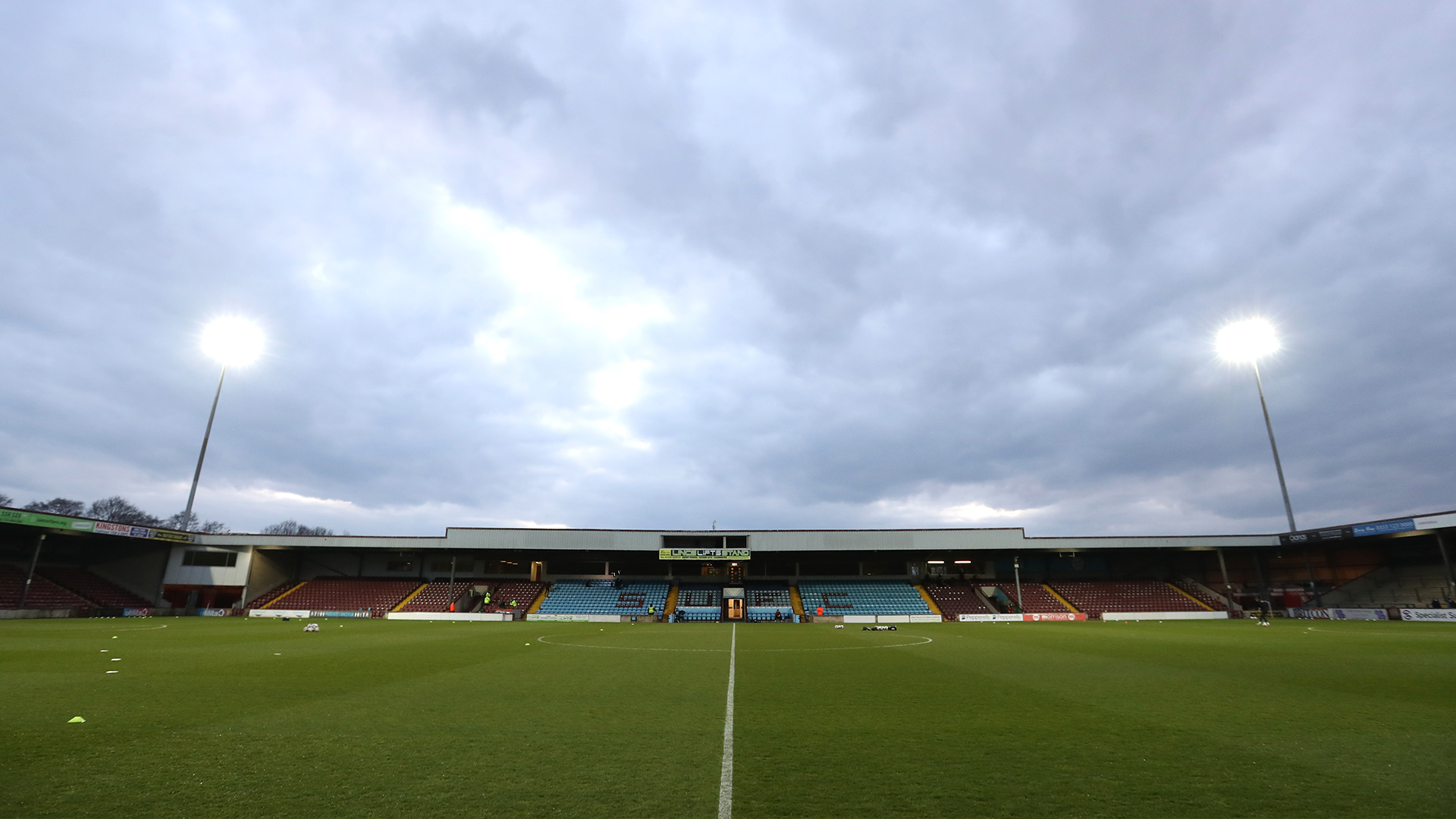