It’s a quick turnaround for Rovers as we are back in league action with a short journey to Oldham Athletic on Tuesday night.

After a disappointing result in the F.A Cup on Saturday, Micky Mellon will be hoping to see a much-improved result and performance against an Oldham side who we beat in the Papa John’s Trophy just a few weeks ago at Prenton Park.

The Latics come into the game off the back of an impressive win against Sky Bet League One opposition in the form of Sunderland which saw Oldham progress into the last 16 of the Papa John’s trophy.

The result was just a second win in Oldham’s last 11 games, but they will be full of confidence after their win at the Stadium of Light.

Micky Mellon has a relatively injury-free squad at his disposal for the trip to Boundary Park on Tuesday night.

One to Watch: Davis Keillor-Dunn

Sunderland born Keillor-Dunn is a creative midfielder who has been a spark in the lactic side since 2020.

He was previously at Wrexham before the season concluded early due to the Covid pandemic.

He scored nine goals during his first campaign with Oldham and has had an option in his contact triggered, extending his stay at Boundary Park.

With nine goal involvements in 28 appearances so far this campaign in all competitions, the 24-year-old will be hoping to add to his contributions on Tuesday night.

Selim Benachour was originally involved in the academy set-up at Boundary Park before stepping up when Keith Curle was relieved of his duties.

Curle left the Latics after a 2-1 away defeat to Northampton Town, followed by the interim appointment of  Benachour.

Benachour began his playing career in France, featuring over 20 times for PSG whilst also winning the Coupe de France in 2004.

Since the interim appointment, Benachour has won one of his two games in charge and will hope to build on that positive result against Sunderland.

A late strike from youngster Charlie Jolley was enough to earn Rovers three points on the road in what proved to be a hard-fought encounter on the road at Boundary Park.

A vital result for Rovers and an impressive response after a bitterly disappointing performance against Leyton Orient in the FA Cup at the weekend, in what was the club’s first league outing in three weeks.

Boss Micky Mellon made some alterations to the team that were beaten in the FA Cup at the weekend including a start for Charlie Jolley, who had been recalled from his loan spell at Chester FC.

Rovers had a positive start to proceedings at Boundary Park, but it was the hosts who had the first significant opening of the game, Davis Keillor-Dunn’s curling effort striking the crossbar.

The hosts did have the ball in the net at the thirty-minute mark when Josh Dacres-Cogley deflected the ball into his own net from an Oldham corner. The goal was ruled out, however, with the ball rolling as the corner was taken. An undoubted reprieve for Rovers.

Rovers seized the initiative after the disallowed goal and had their first real opportunity of the game just minutes later, Josh Hawkes deflected strike going just over the bar.

Micky Mellon’s side suffered a blow just before half-time when the Josh Hawkes succumbed to injury and was replaced by Liam Feeney.

The teams would ultimately go into the half-time break level, with Micky Mellon’s side starting to take control of the encounter, after enduring some Oldham pressure.

Oldham made a positive start to the second half and Calum MacDonald did excellently to clear an attempt from Zak Dearnley off the line.

Davis Keillor-Dunn’s attacking antics would continue for Oldham in the second period, as the attacker once again found space in the box, but failed to guide his headed effort towards goal.

Rovers were still battling away at Boundary Park and came close to taking the lead through Kieron Morris, the winger's long-range attempt striking the woodwork. Almost an immediate impact from the substitute.

The fresh legs of Morris off the bench continued to cause problems for Oldham and he produced an excellent save out of Jayson Leutwiler with another powerful strike.

Rovers weren’t to be denied though and their resilient attitude saw them reap the rewards as Charlie Jolley fired past Leutwiler from close range in the dying seconds to win the game in front of the travelling supporters, sparking pandemonium in the away end.

That would be one of the final actions of the game, with Rovers seeing out stoppage time to earn a hard-fought victory and a return to winning ways.

Our initial allocation of 642 tickets for our away game against Oldham Athletic has now sold out.

Tickets are now only available on the day of the game from Boundary Park.

Ambulant disabled supporters and wheelchair users are charged at the relevant age categories with a carer admitted free of charge.

Coach travel is also available and will depart Prenton Park at 4:45pm. 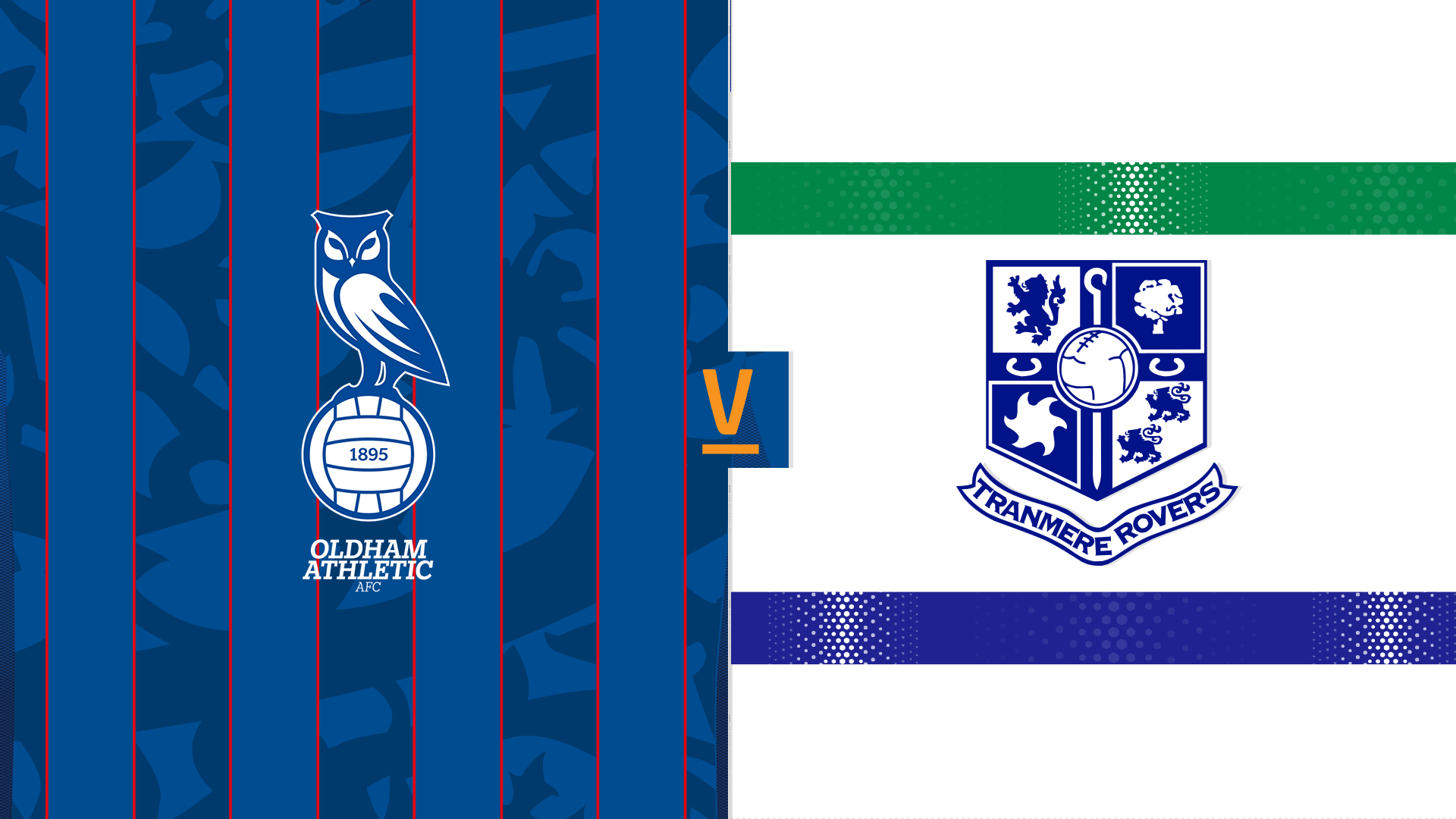 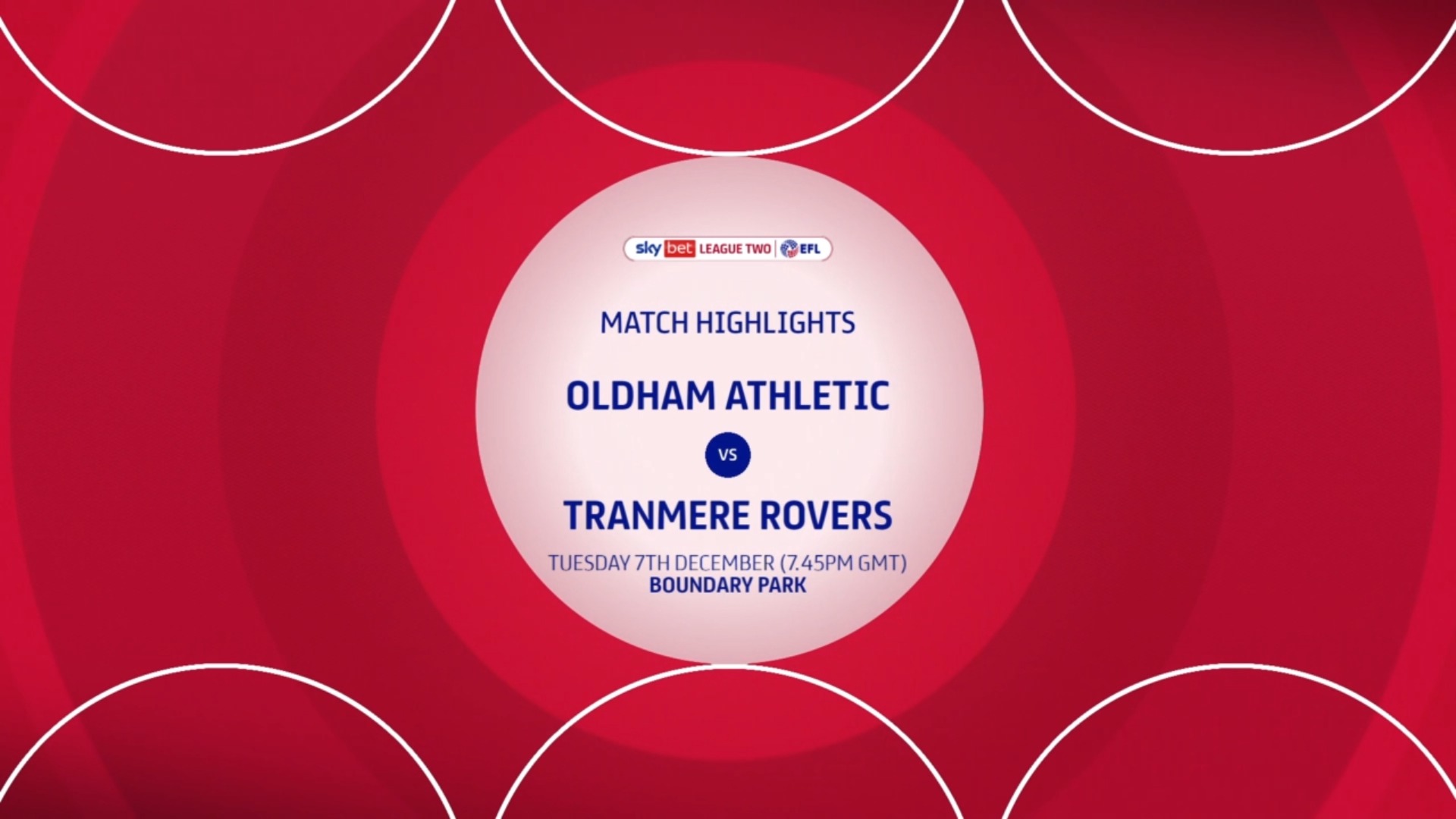 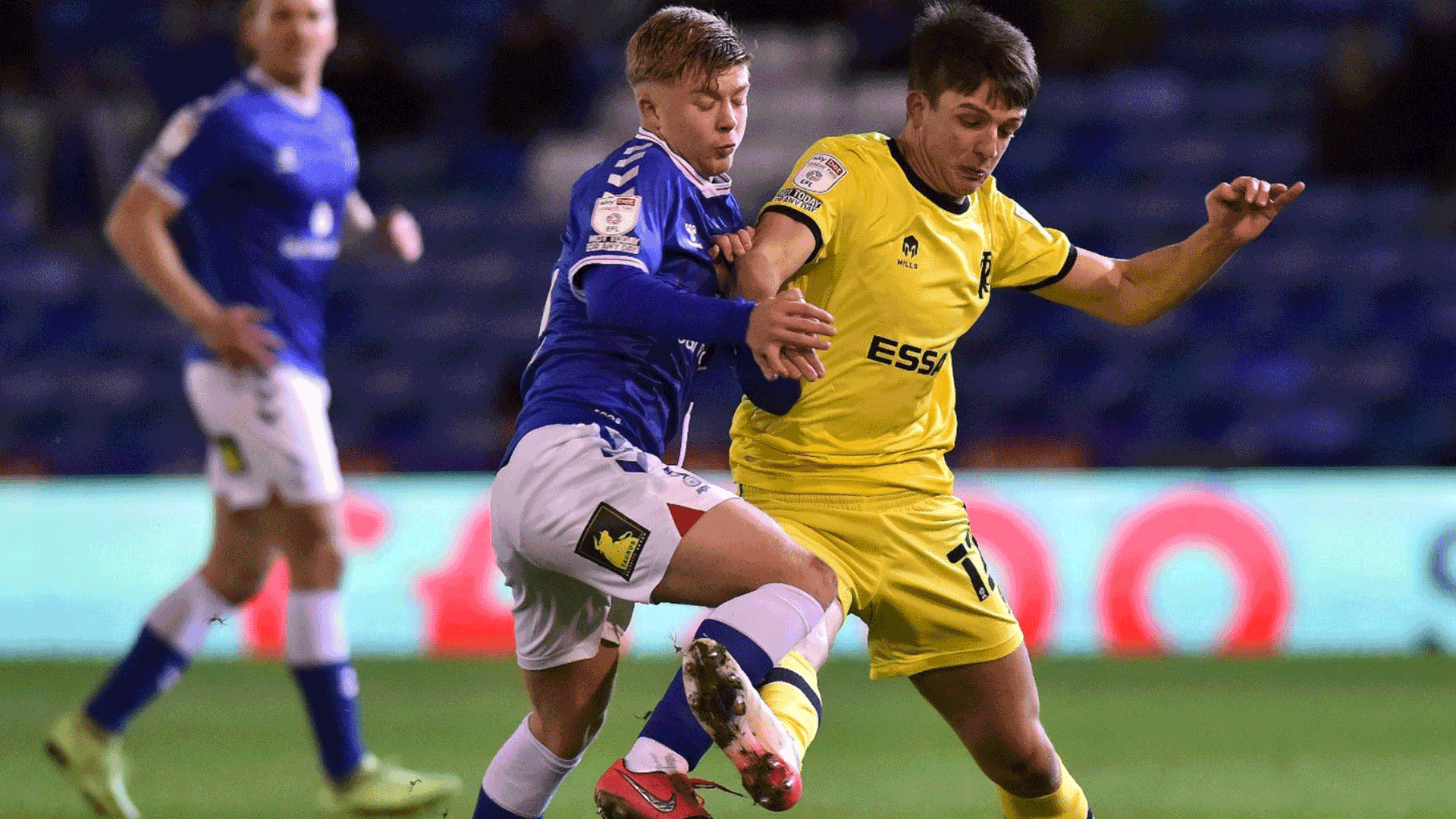