Rovers look to bounce back from the weekend's defeat as Micky Mellon’s attention quickly turns to Stevenage who are the visitors to Prenton Park on Tuesday evening.

The squad will be keen to put the previous result behind them, starting with what is hopefully the start of another long unbeaten run in league action as Rovers face up against Paul Tisdale’s side.

Stevenage come into the clash in strong form having been unbeaten in their last five games, their last defeat coming against Forest Green Rovers on New Year’s Day.

A positive 3-0 win last time out against Harrogate will have the visitors full of confidence as they make the long trip up North in midweek.

Tom Davies' fitness will need to be assessed ahead of this one, after missing the last two game through injury.

One to Watch: Luke Norris

After beginning his youth career at Hitchin Town, Norris continued his development with a two-year scholarship at Brentford.

After making just three first-team appearances for the Bees, he had a number of experiences out of loan including spells at Boreham Woods, Dagenham & Redbridge and Northampton.

Since leaving Brentford, Norris has been an ever-present player, making a number of appearances for the likes of Gillingham and Swindon in Sky Bet League One.

He joined Stevenage from Colchester in January 2021 and has had an impressive campaign with ten goal involvements so far this term. He has also scored in each of Stevenage’s last four games, meaning he will be coming to Prenton Park on Tuesday evening in inspired form.

After the sacking of Alex Revell in November last year, Tisdale took over at Stevenage and has them in good form as of late.

Tisdale is well known for managing Exeter City for a long period, spending 12 seasons at St James Park and being the longest serving manager in the England’s top four divisions at the time of the departure.

Since leaving Exeter, Tisdale has had stints in charge of MK Dons where he saw them win automatic promotion back to Sky Bet League One after being relegated the previous season, but a poor run of results to begin the new campaign saw him lose his job.

He has since had a spell at Bristol Rovers and an advisory role at Colchester United before becoming Stevenage manager in late November.

Both UK and international supporters will be able to stream this game live on iFollow.

Micky Mellon’s side got back to winning ways with a 1-0 win over Stevenage thanks to a great strike from Kieron Morris early in the second half.

The win was a much needed one after a disappointing result at the weekend, but it was a pleasing result for Rovers as they gained all three points.

The home side were by far the better side in the opening spells, dominating the early stages and having a couple of good chances.

Lee O’Connor had an early effort cleared off the line after Peter Clarke headed the ball across goal before Paul Glatzel was unlucky with a flicked header which was well saved by former Peterborough keeper Christy Pym just moments later.

But after surviving the early pressure, the visitors grew into the game and made it a fairly contested match for the large majority of the first period.

No clear-cut chances followed in the final half an hour of the first half, despite a couple of efforts from forward Kane Hemmings, none of which seemed to trouble Pym in the Stevenage goal.

The second half started off in similar fashion with Tranmere starting the better of the two sides.

But this time Rovers made their pressure count with a goal within the opening two minutes of the second half after a cross from the right found Hemmings who smartly laid the ball off to Morris who rifled home to open the scoring.

Stevenage again settled into the half as the 45 progressed, gaining more and more confidence as the half went on.

Luke O’Neill created a promising opening for himself before snatching at his effort which saw the ball go out for a throw-in on the far side.

Luke Norris then went close for the visitors as his acrobatic effort whistled just wide of Doohan’s post.

Despite the Stevenage pressure, Hemmings saw a bullet header fly back off the post with three minutes of normal time to play after great work from Josh Hawkes and Callum MacDonald on the left-hand side.

But Rovers survived the late balls into the box to hold out and get back to winning ways in front of the Super White Army with a 1-0 victory. 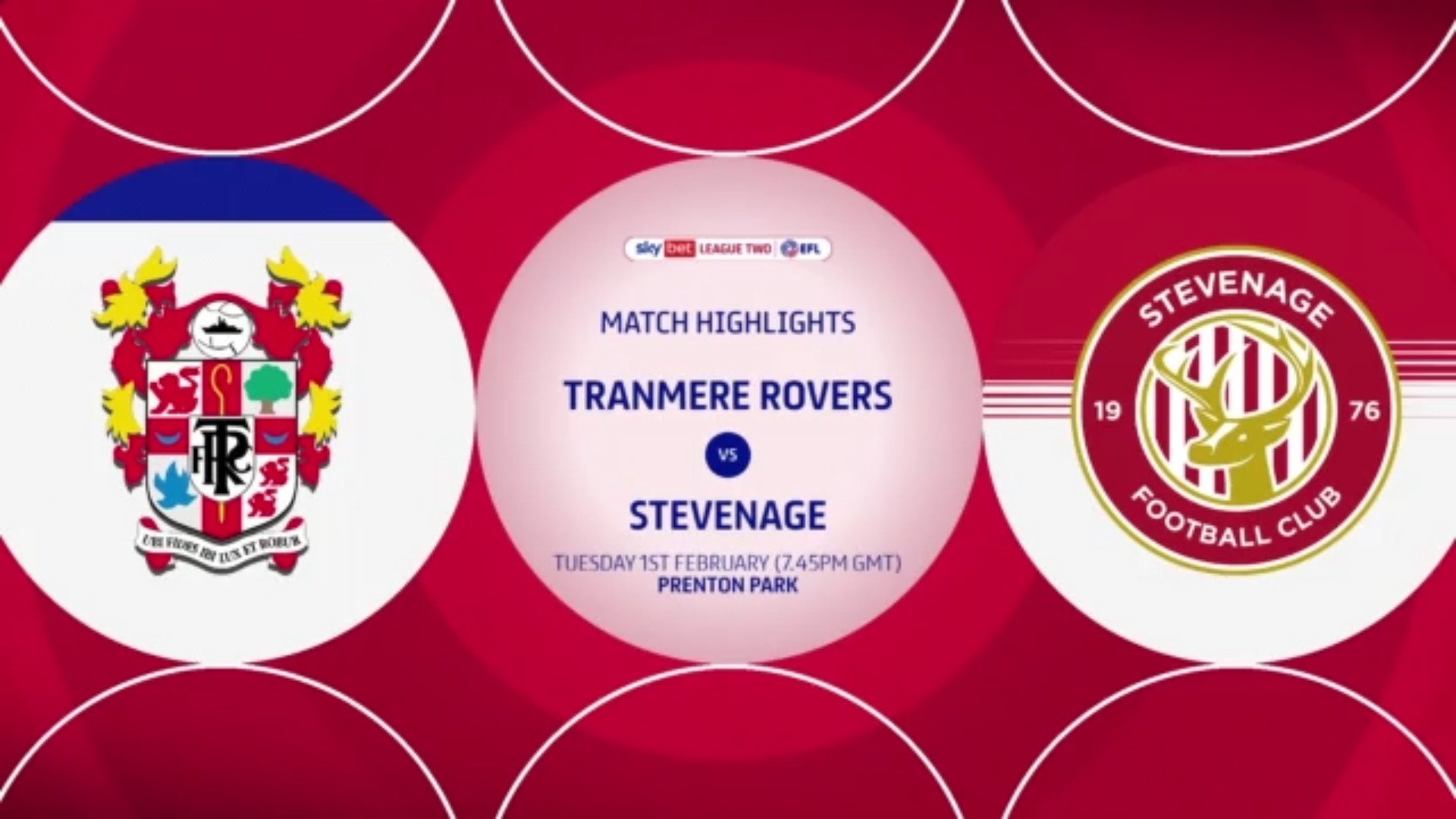 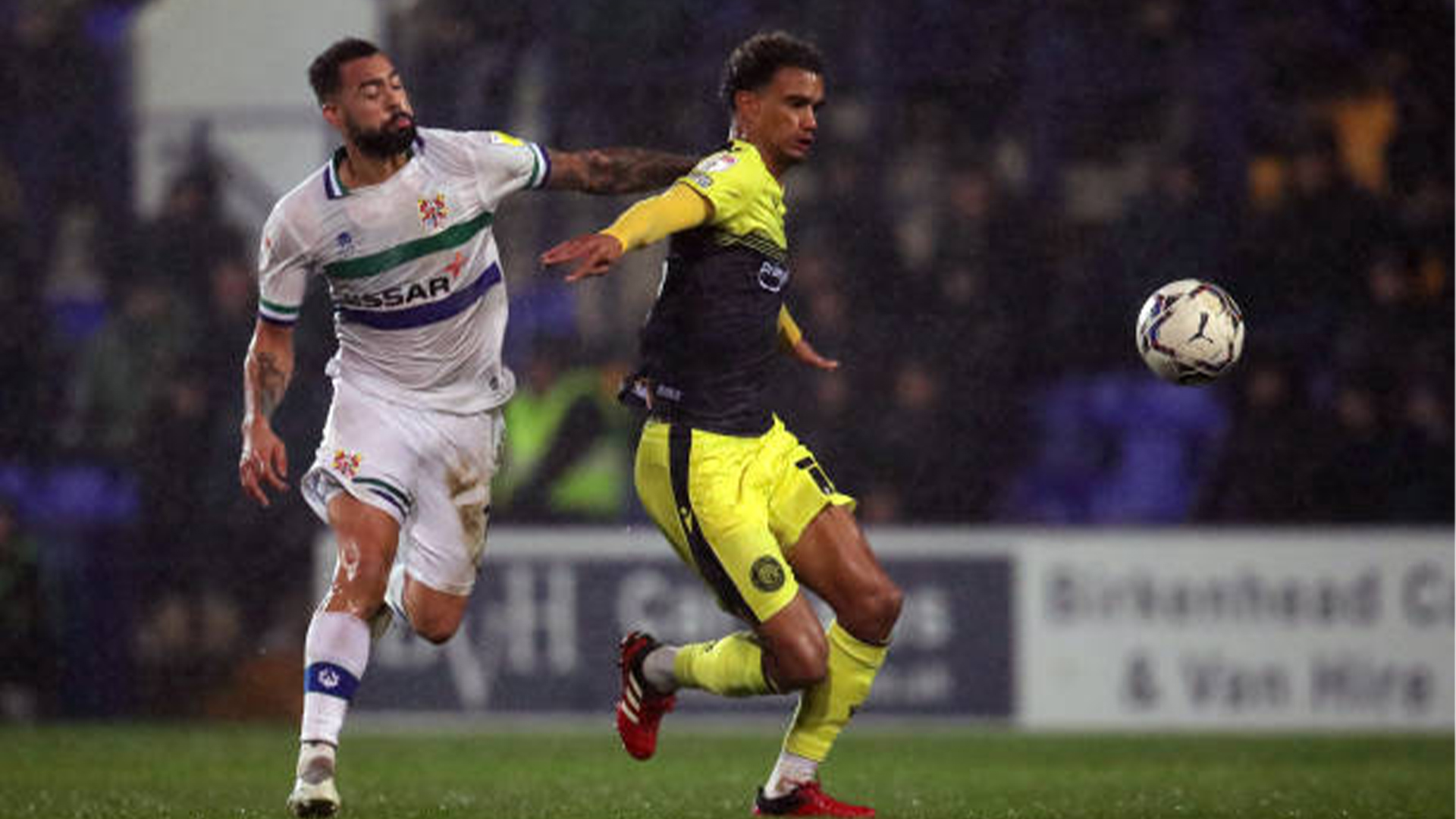