Rovers are back in action this weekend as Micky Mellon's men looks to make it ten league games without defeat as we face a trip to Crawley Town.

After playing a lot of games on home soil during the run, Rovers have won two of their last three games on the road and will be looking to continue that form this weekend at the People's Pension Stadium.

Crawley come into the clash off the back of a decent run of form with just one loss in their last six games, winning three.

But the Reds will be looking to bounce back from last week’s defeat to Stevenage which ended Crawley’s impressive run of form.

Paul Glatzel is still out with Covid whilst this game comes too early for Nat Knight-Percival who is still recovering from injury.

One to Watch: George Francomb

The midfielder singed for Crawley in 2018 after spending six seasons with AFC Wimbledon.

In a campaign which has been filled with injuries for the Reds, Francomb has had to play a number of different roles including in defence and in midfield, which makes his four assists so far this season an impressive stat.

He had a successful number of years at Wimbledon, helping them win promotion to League One after joining from Norwich City back in 2013 which is when he joined on a permanent basis after a successful loan spell prior to the move.

His playing career was cut short due to a knee injury despite being with clubs like Crystal Palace, Reading and Millwall during his youth career, and he moved into management very early on.

He took over at Horsham in 1992, but due to an injury crisis, had to play some games at centre-half whilst also managing the club.

In 2006, he was appointed one of three joint caretaker managers at Crawley after the sacking of John Hollins before he has a short stint as assistant manager of Exeter City but the move was short lived.

After working as a scout, Yems finally got back into management with Crawley in 2019. This season has seen him currently stabilise his side in mid-table despite having many struggles with injuries even ahead of this weekend, and will be pleased with how his squad are rising up to the challenge.

Tickets for our upcoming Sky Bet League Two away fixture with Crawley Town are now on sale.

We are set to take on John Yems’ side on Saturday, January 22 at the People’s Pension Stadium.

Ticket prices are as follows:

Wheelchair users and ambulant disabled fans are charged the relevant age price with one carer admitted free of charge. Wheelchair users will be sat in the People’s Pension Stand for this contest.

Match ticket prices will increase by £2 on the day of the game, excluding under 11s.

The Crawley ticket office is able to accept cash and card payments. Ticket collections can be picked up from the Match Day Ticket Collection Window in the grey portacabin.

In the event of the match being postponed, purchased tickets will be valid for the new date.

Any ticket enquiries should be directed to tickets@crawleytownfc.com.

Official coach travel is also available for this fixture and will depart Prenton Park at 7:30am.

Both match and coach tickets can be bought online by clicking here or in store. 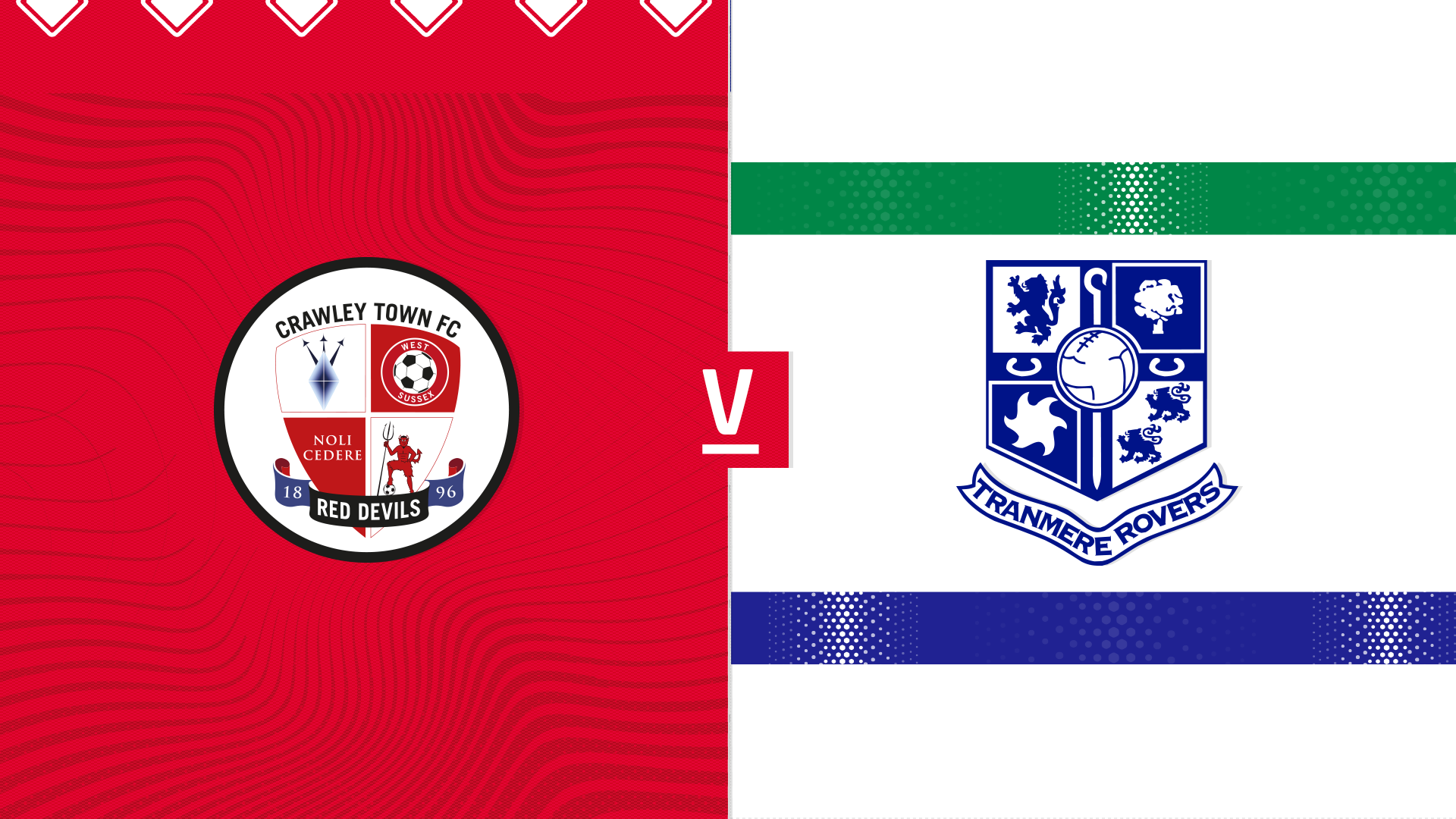 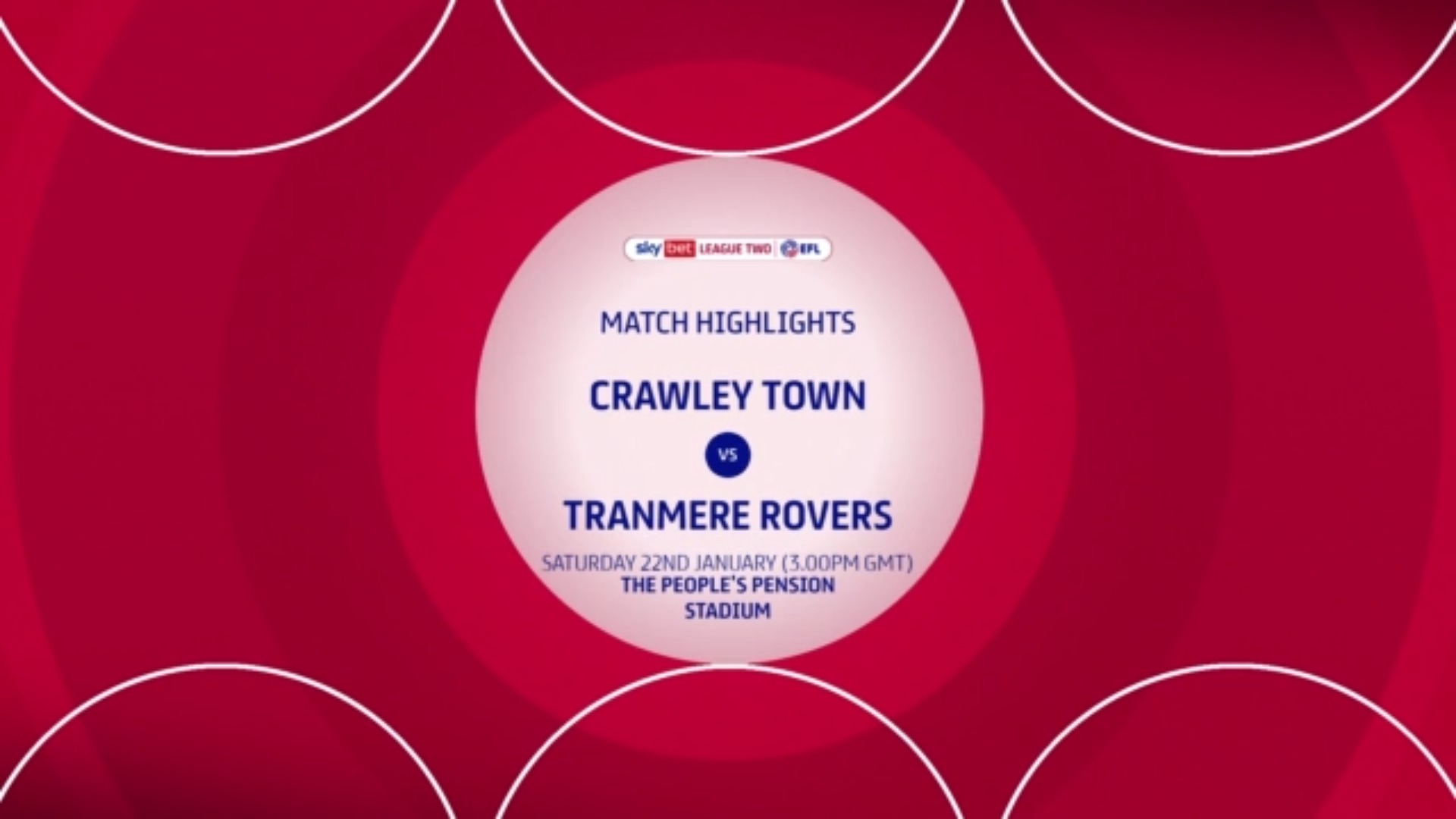 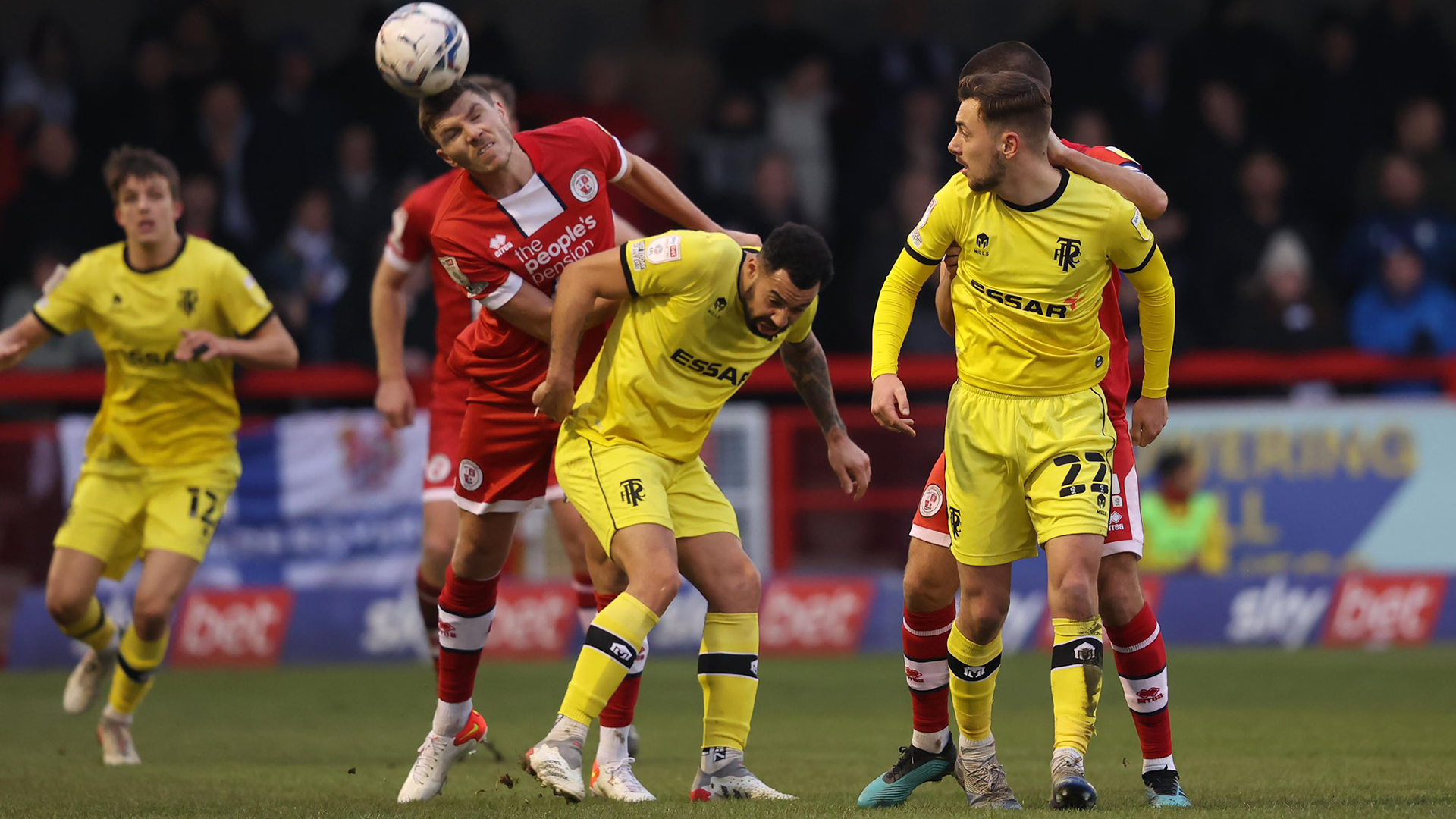