The fixture was previously scheduled to be part of our festive games but was postponed due to Covid and has been quickly rescheduled meaning the games are now coming thick and fast for Micky Mellon’s men.

After comfortably winning at Prenton Park on Saturday afternoon, Tranmere will be hoping to get another three points on the road after being the in-from team in the division on home soil.

Salford will be looking to put a run of results together and close the gap on the play-off places as they currently sit five points behind seventh-placed Newport County with two games in hand.

Paul Glatzel made his comeback from injury in Saturday's win against Scunthorpe whilst Nat Knight-Percival remains sidelined with his injury.

One to Watch: Brandon Thomas-Asante

The 23-year-old winger started out at his home-town club with MK Dons where he spent eight years including 22 first-team appearances.

Since leaving Stadium MK, the winger has struggled to settle before moving to Salford in 2019 where he has found his feet at the League Two club.

Making over 80 appearances for the Ammies, he has impressed and matured with age and is the club’s leading goal scorer this season.

He has eight goal contributions in 23 appearances so far this campaign including a goal last time out in a 2-0 win over Newport County.

Born locally In Manchester, Bowyer has had a number of manager stints in the North with spells with Blackburn Rovers, Blackpool, Bradford and now Salford.

His playing career was cut short at the age just 25 due to injury and after spending a number in and out of the game, he became caretaker manager of Blackburn in 2012.

He then moved onto Blackpool and in 2017, he guided Blackpool to an immediate return to League One after being relegated the previous season. 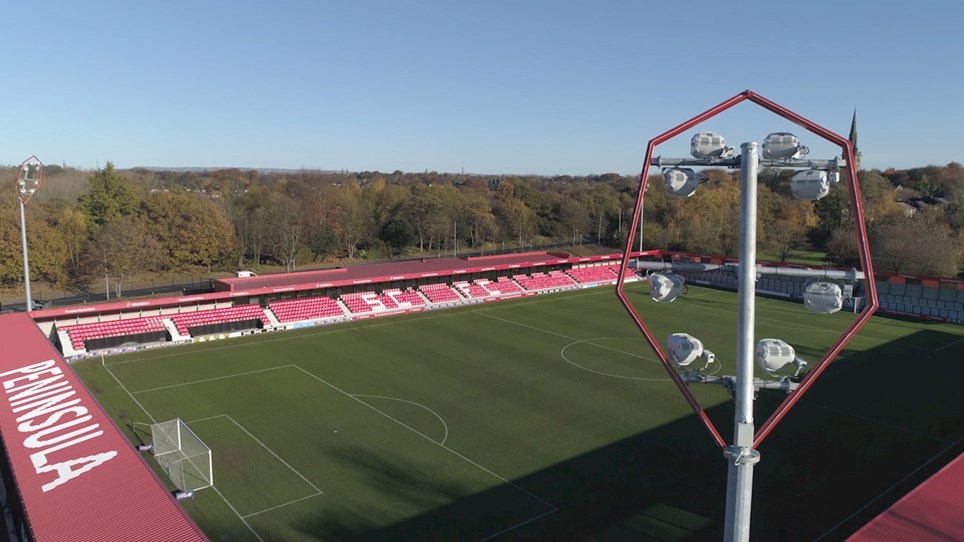 Tranmere Rovers picked up a hard earned point on the road in Sky Bet League Two on Tuesday night to extend their unbeaten run in the league to eight games.

Paul Glatzel’s second half header cancelled out Aramide Oteh’s Salford’s opener in front of an attendance which seen more away fans than home.

The game began in a cagey fashion with each defence coming out on top and little chances to report on.

The first real shot on goal came via a Josh Morris free kick on the 15th minute mark. His dipping effort from all of 30 yards didn’t trouble Doohan and landed five yards wide of the left hand post.

On the 26th minute, the front two of Jolley and Nevitt linked up well to carve out an opportunity. Nevitt played it out to the left for Jolley who fired in a return ball for Nevitt who couldn’t divert his effort on the stretch on target from inside the box.

Shortly after, Salford opened the scoring. Josh Dacres-Cogley’s back pass was sliced by Ross Doohan in the Tranmere goal, leaving Aramide Oteh with an open goal and he duly dispatched.

The momentum was now with the hosts who fashioned another opportunity through Matty Lund. The midfielder found himself in space at the back post but his shot back across goal ended up high and wide.

Rovers made a half time change as Sam Foley came on for the injured Elliott Nevitt.

Ten minutes into the second period and Tranmere created their best chance of the game so far. Liam Feeney advanced forward down the left before picking out Charlie Jolley. He took a touch before rifling a shot which grazed the cross bar.

On the 70th minute, Tranmere found the equaliser. Paul Glatzel, brought on as a substitute, was the man to pop up with the all important header after Charlie Jolley’s close range shot was blocked to send the near 1200 away fans into raptures.

Tranmere piled on the pressure for the next ten minutes in search of a winner but the Ammies’ defence stood strong to the balls sent into the box.

It was a long throw which nearly provided a late winner for Salford. Donald Love’s long throw was flicked on but Tom Davies was well positioned to flick over from underneath his own cross bar.

The scores remained level and Tranmere took a point back to The Wirral to extend their unbeaten run to eight games.

A limited number of tickets have been made available for our rearranged game against Salford on Tuesday 11th January.

Both match tickets and coach tickets can be bought online here or in TRFC Store.

We advise supporters to purchase online wherever possible. 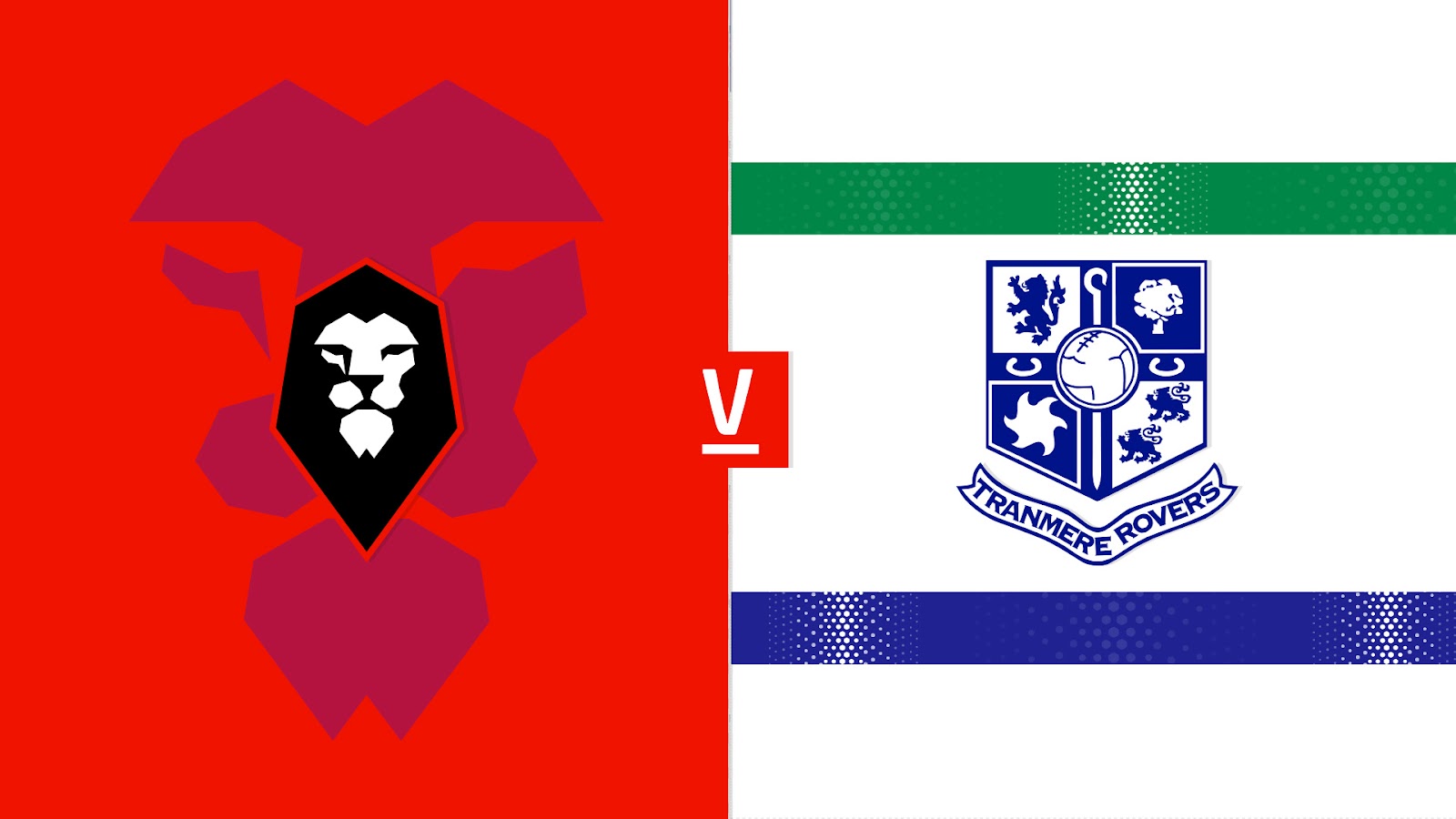 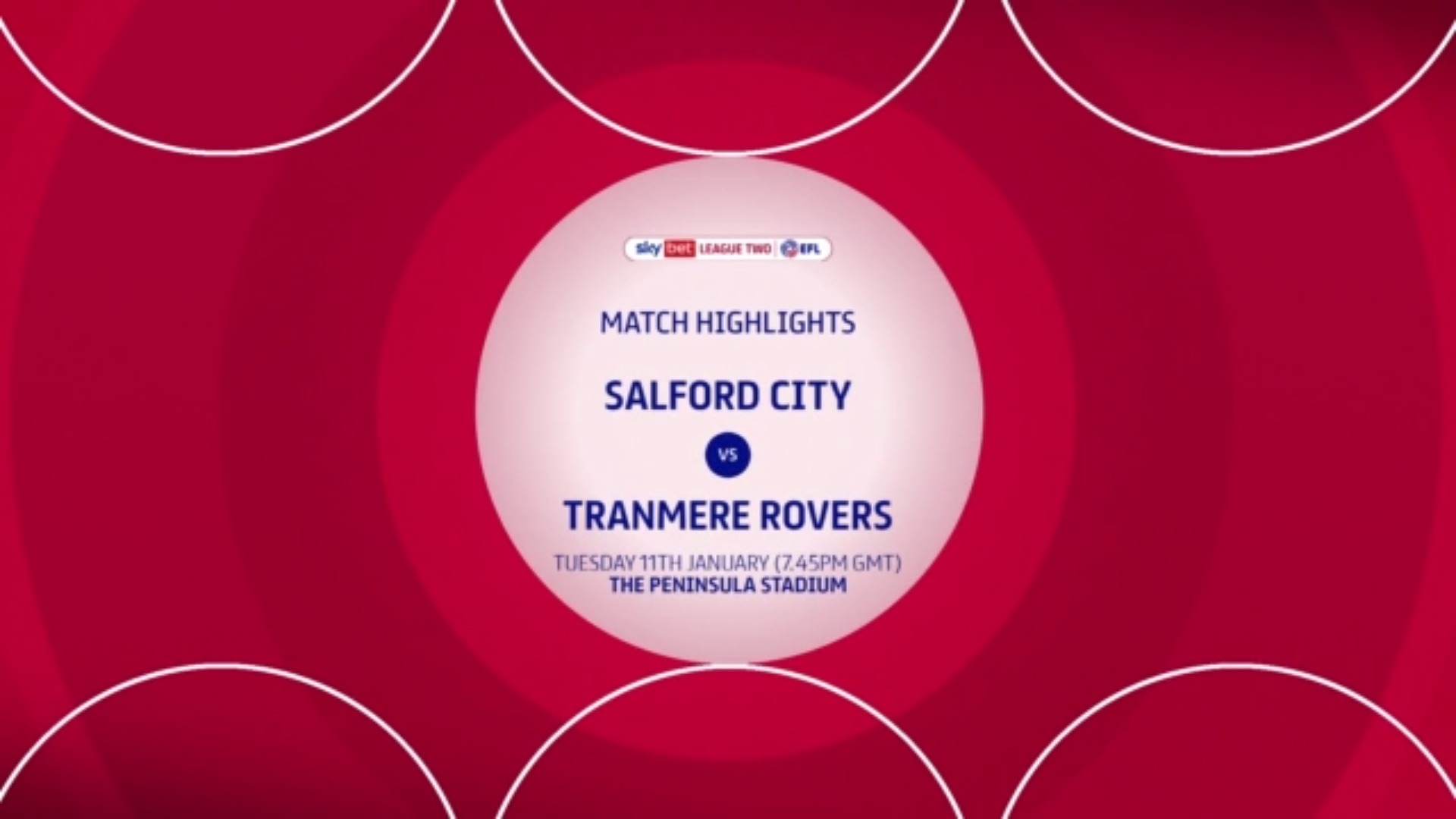 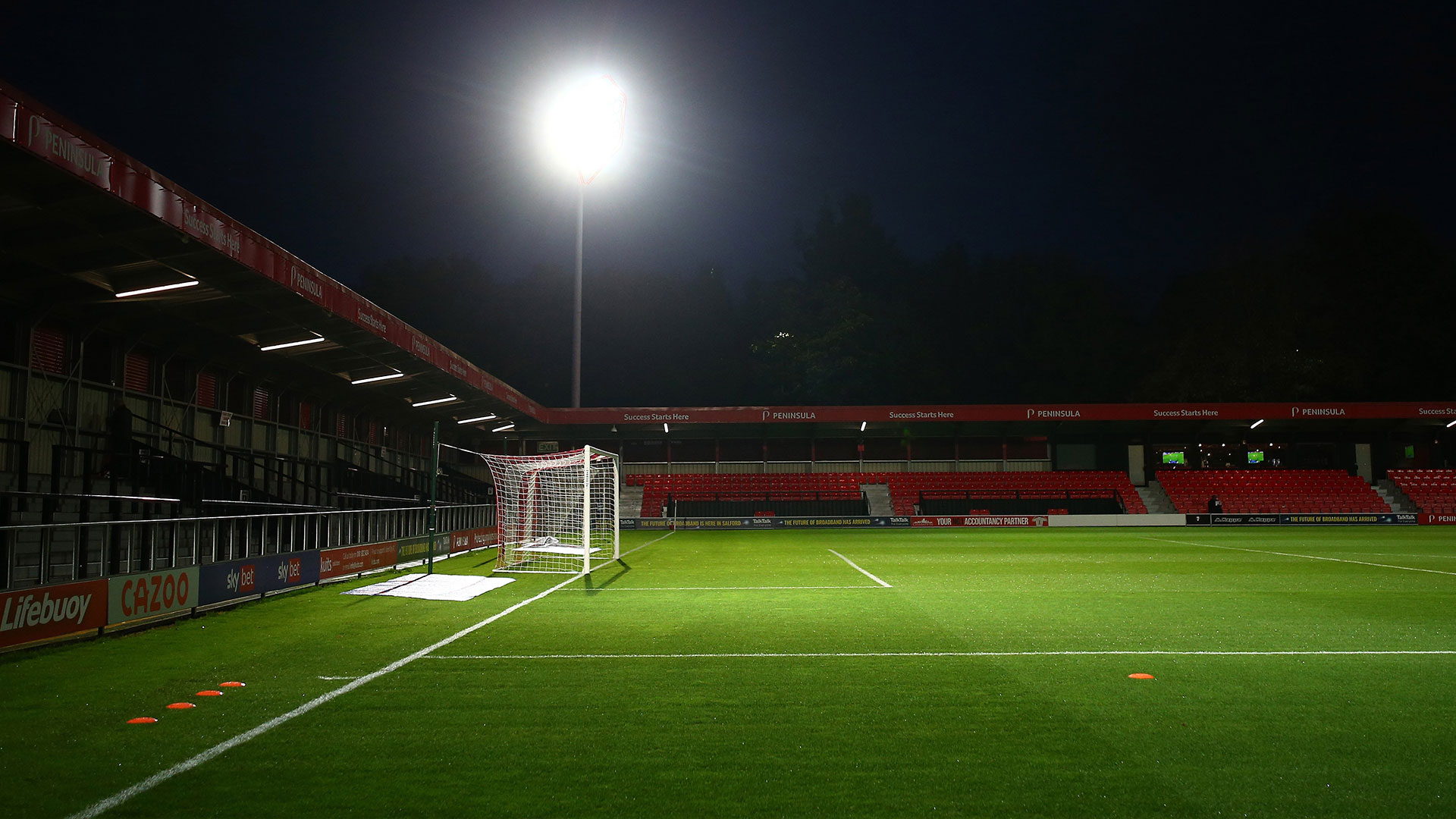