It’s the second of back-to-back away trips for Rovers as they look to continue the unbeaten run with a trip to Essex to face Colchester United.

Rovers are unbeaten in their last three games after two vital home wins were followed by a share of the spoils away at Gander Green Lane last time out as Sutton United held Micky Mellon’s side to a point.

After a dominant second-half display, Micky will be hoping that his side can replicate the second 45 minutes from Saturday and begin the game in the same fashion as they left off in south London.

As for Colchester, they had to wait until Monday to play their game as they appeared on Sky Sports coverage for their clash with league leaders Forest Green Rovers.

Unfortunately for United, an early goal from Matt Stevens in the 9th minute was the difference as Forest Green ran out 1-0 winners.

With Colchester having won just two of their last ten games, they will be hoping to improve their form between now and the end of the season, starting with facing Tranmere on Saturday afternoon.

Jay Spearing will return to the squad after being out for a period with an injury. Kieron Morris will continue to be assesses following his shoulder injury.

Lee O'Connor is away on international duty with Republic of Ireland U21s.

One to watch: Freddie Sears

A player who has always been renowned for scoring goals across the EFL, Freddie Sears has done well for Colchester this year in what has been a tough year for the U’s.

Having broken through at West Ham, Sears experienced a number of loan spells including a year at Colchester which led to a permanent move the season after.

In 2015, Sears left United to join Ipswich Town, a spell in which lasted six seasons and saw him make over 200 appearances for the Tractor Boys before moving back to Colchester.

With over 15 goal contributions this season, Sears will be looking to add to his tally on Saturday as he looks to claim Colchester’s top scorer award this season.

After being named interim manager for Colchester in January, Wayne Brown is no stranger to the interim role having been on the touchline in two different spells for the U’s after spending time there as a player.

He made over 100 appearances for United, including playing a role in their promotion winning side in 2005/06 which saw the Essex side promoted to the Championship.

Brown featured for a number of clubs during his playing career including spells at Ipswich Town , Watford, Preston North End and Leicester City.

Since taking the reigns in January, Brown has seen his side win four games and will be hoping to see a few more victories to ensure Colchester steer well clear of the relegation places as the season draws to a thrilling finale.

Live commentary is available on iFollow for just £2.50 by clicking here.

Tranmere Rovers suffered a very late defeat to the hands of Colchester United on Saturday afternoon.

Despite controlling large parts of the encounter, the home side stole it at the death.

It was a cagey opening 15 minutes at the JobServe Community Stadium but the hosts nearly broke the deadlock. Luke Hannant latched onto a ball in behind, attempted to lob Joe Murphy but his effort dropped a yard wide of the post.

Tranmere’s first sight of goal came on the half hour mark. Nevitt broke the offside trap before stinging the palms of George in the Colchester net. His follow up was dragged narrowly wide of the far post.

Just before the break, Kane Hemmings had a similar chance to open the scoring. Peter Clarke’s quick free kick was controlled by the striker before forcing a save out of George once more, at a tight angle.

Rovers started the second half on the front foot. Lewis Warrington was the first to have an effort of goal when a cross fell to him in the box but his improvised volley was deflected over.

Midway through the half, Nevitt drew a fantastic save from George. He unleashed a great strike from 25 yards which was arrowing into the top corner before George somehow got a hand to it to turn it around the post.

With the game seemingly fizzling out, Colchester won it in added time. Alan Judge's looping cross found Tchamadeu at the far post who rifled a volley into the roof of the net past Murphy who had no chance.

The referee sounded his whistle instantly from kick off to finalise a sucker punch for Rovers.

Tickets for our away fixture against Colchester United on Saturday 26th March are now on sale.

Tickets can only be bought directly through Colchester online here. There will be no phone or in person sales at Tranmere or Colchester unless you are in need of a disabled and carer ticket.

A step by step guide on how to buy a ticket from Colchester’s website can be found here.

Coach travel is also available for this fixture and can be bought in TRFC Store or online here.

Coaches will depart Prenton Park at 8am. 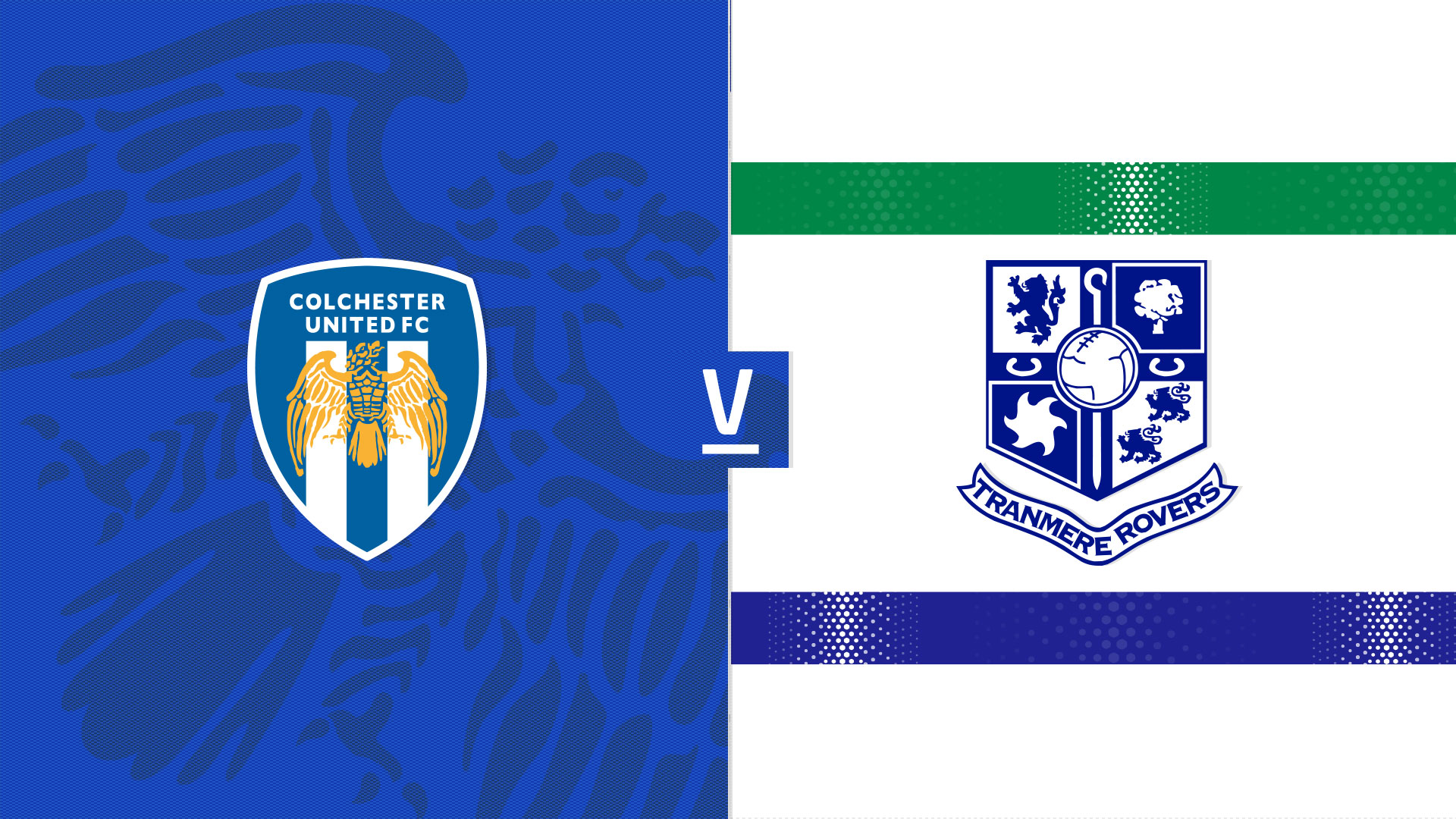 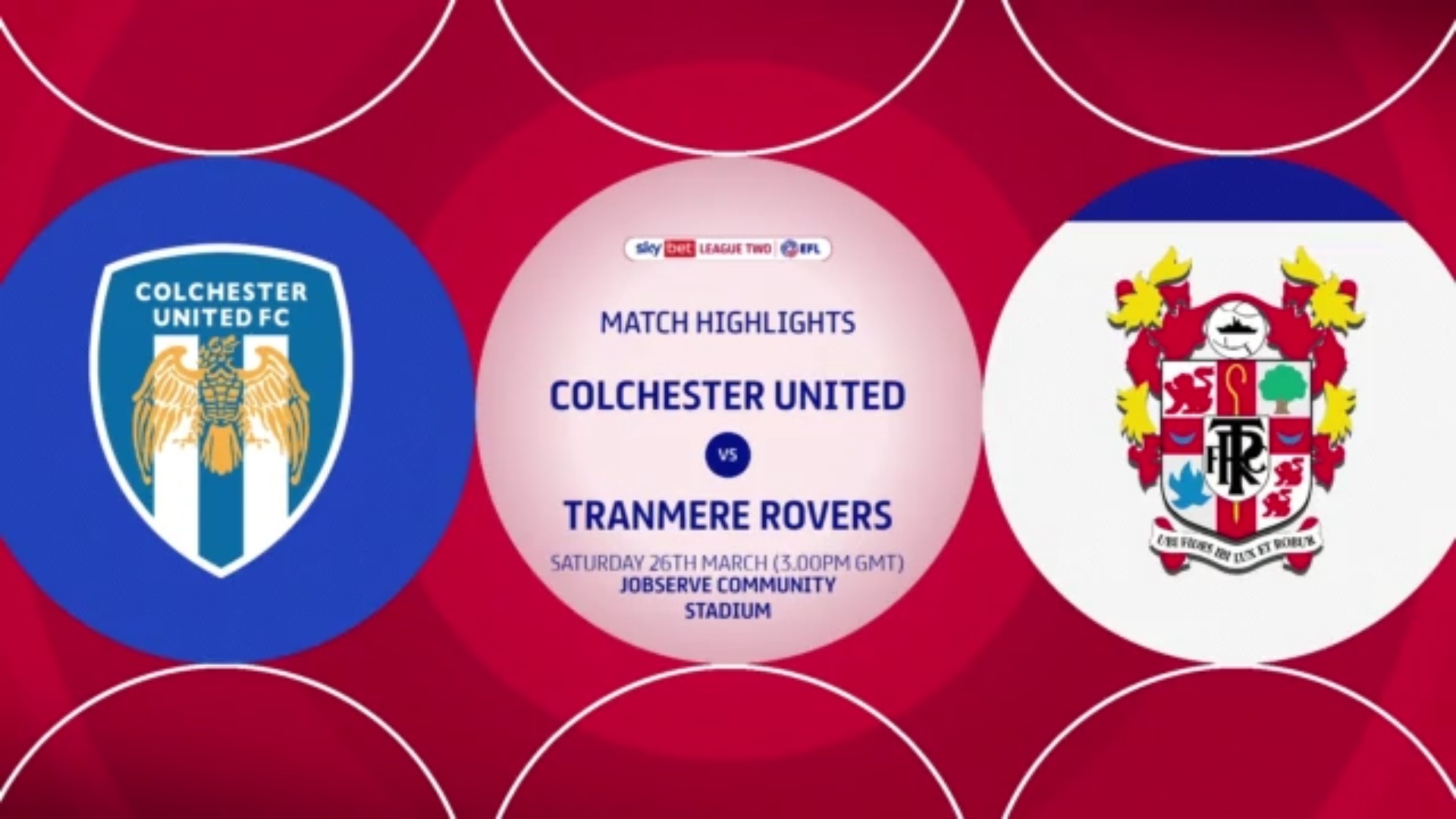 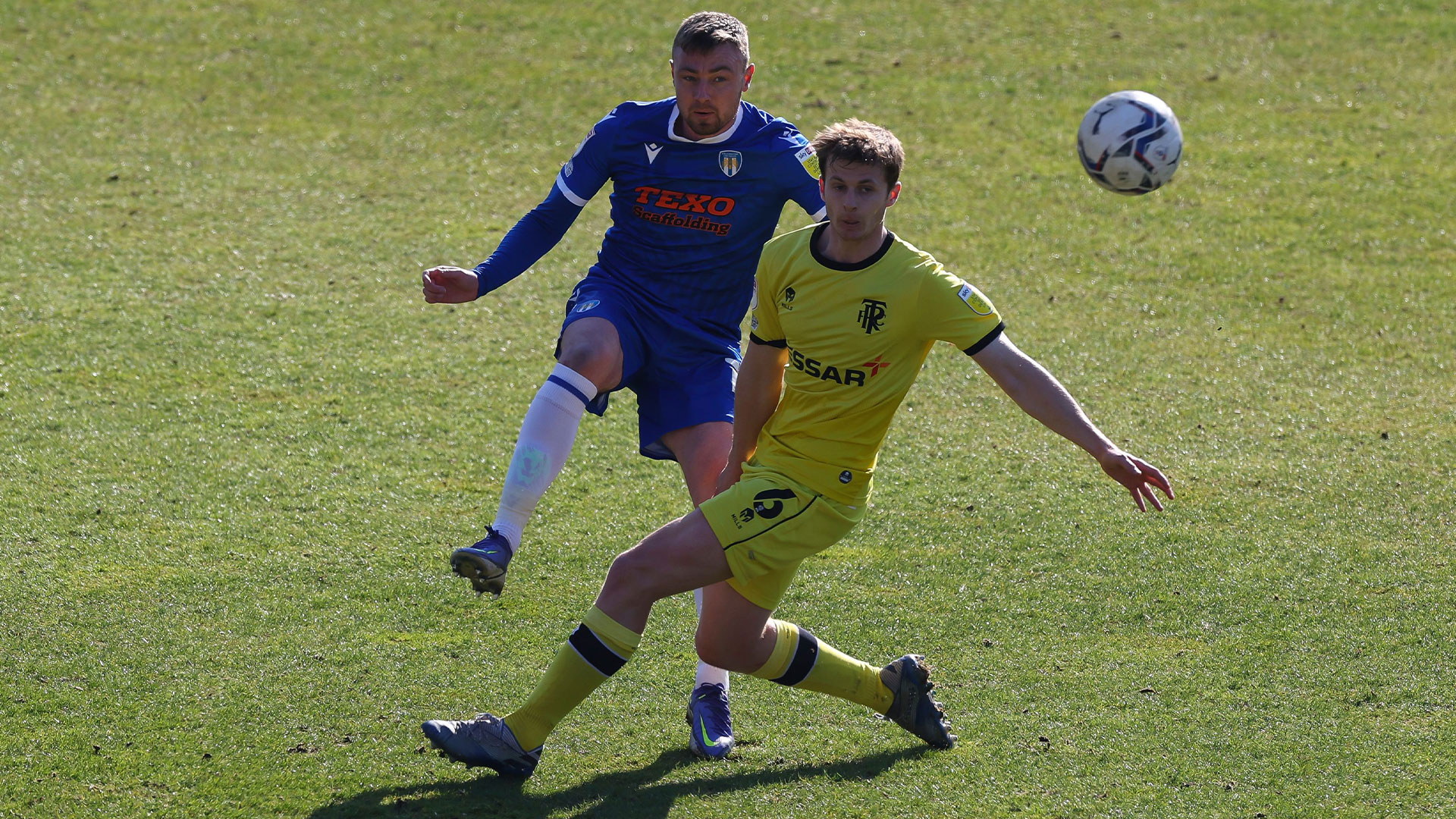