Rovers are back in Sky Bet League Two action as Sutton United are the visitors to Prenton Park on Saturday afternoon.

After a brilliant come-back last time out against Oldham Athletic in the Papa John’s trophy, Micky Mellon’s side will be hoping to make it three wins on the bounce in all competitions.

Two goals and an assist from Liverpool loanee Paul Glatzel saw Rovers come back from 0-2 down to win 3-2 and make it three wins from three in Group B.

One point and two places separate the two sides in Sky Bet League Two, with Sutton sitting in 9th spot heading into the clash at the weekend.

The visitors come into the game off the back of consecutive wins against Hayes & Yeading United in the FA Cup and AFC Wimbledon in the Papa John’s Trophy but have only won one of their last four games in league action.

Tickets are available in advance and cheaper if bought online, please click here to get yours

After a number of changes in midweek, Micky Mellon will have nearly a full squad to select from this weekend.

Nathaniel Knight-Percival was the only player to start in both the FA Cup win against Crawley Town and the come-back win in midweek.

As for Sutton, they will be missing Omar Bugiel who is away on international duty with Lebanon and Harry Beautyman who is out with a shoulder injury.

But they may be able to welcome back Craig Eastmond, Louis John and Jon Barden who are all in contention to return to the squad for the trip to Prenton Park.

After spending the majority of his youth career in the ranks at Bristol Rovers, Wilson has experienced a number of loan spells including months at Port Vale, Exeter City and FC Jumilla.

After joining Sutton, originally on loan, he helped boost United to winning the National League title before making the move to the U’s a permanent one.

This season, he has five goals in all competitions including a goal in the carabao cup against Cardiff City and was also on the scoresheet last time out in a 1-0 win over AFC Wimbledon.

A Tottenham Hotspur youth product, Gray didn’t have the playing career he would’ve wanted after numerous injuries forced him into early retirement at the age of just 25.

Gray was appointed as one of the coaches at Sutton United in late 2018 and made the step up to manager in May 2019.

He led Sutton to huge success in just his second season in charge at Gander Green Lane, winning the National League title and getting Sutton into the football league for the first time in their 123-year history.

Due to the international break, this match will be available to stream for both UK and international suporters. Match passes are £10 and can be bought here

The boss made nine changes from the side that started the commendable comeback win in the Papa John’s Trophy versus Oldham on Tuesday. Nathaniel Knight-Percival and Kieron Morris the two players retaining their places in the team.

Integral leaders in the squad, Clarke and Jay Spearing, earned recalls after sitting out the midweek Cup win. The latter walking a disciplinary tightrope, just one booking away from triggering an automatic one-match ban.

Elliott Nevitt also featured from the outset fresh off the back of signing a contract extension with the Club until the summer of 2023 on Friday.

Prior to kick off, a playing of The Last Post was followed by an impeccably observed minute silence in remembrance of those who gave the ultimate sacrifice.

It was last season’s National League champions who initially started brightest in the Birkenhead drizzle. With two minutes on the clock, Spearing halted the advances of Olaofe who was powering towards the Tranmere box with purpose. Referee Will Finnie brandished his yellow card at the Englishman who will now miss the trip to Bristol Rovers next week after accumulating his fifth yellow of the campaign.

Mellon’s troops soon found their feet in the contest. A succession of corners almost yielded a breakthrough as Rovers applied pressure, but the Sutton defence stood strong to continually clear to safety.

Confidence was growing in the Tranmere ranks attacking the Argyle Satellite Taxis Kop. Callum McManaman came inches away from netting an opener when his curling strike from the edge of the area trickled narrowly wide in the 24th minute.

There was concern for the exciting winger minutes later. A late Coby Rowe challenge left the Liverpool-born man lying stricken on the turf. However, following the receival of brief medical treatment, he was able to continue playing.

Chances appeared hard to come by for both outfits in Tranmere’s first league outing for two weeks. That was until the Yellows sprung into life in the latter stages of the first 45 minutes.

David Ajiboye hung an enticing ball into the box which found Will Randall ghosting in at the back post in the 41st minute. His looping header appeared to be goal bound but for the woodwork coming to the rescue to the relief of Ross Doohan between the sticks.

Ajiboye then showcased his quality for a second time. After shifting the ball beyond Calum MacDonald with devastating pace, the 23-year-old lacked end product firing wide.

In the dying embers of the half, Liam Feeney had an opportunity to send Tranmere into the break in the lead. Breaking forward on a swift counter-attack, Feeney worked an angle on his unfavoured left foot for a hit which sailed over the crossbar to leave the match all square at half time.

The Yellows looked the more likely team at the beginning of the second period.

Randall struck a speculative long-range attempt skywards before captain Clarke denied what seemed a certain Sutton goal by clearing a Rowe effort off the line in the 56th minute.

On the hour mark, Tranmere manufactured their first chance of the half. Josh Dacres-Cogley delivered a cross from out wide. Nevitt Rose highest six yards from goal but couldn’t guide his header on target.

The introduction of Glatzel midway through an evenly poised second half almost had the desired effect. The youngster raced clear of the U’s backline but the visitors recovered well to eventually produce a last-ditch block.

Mellon’s side pressed forward in search of an equaliser with the backing of the SWA. Ryan Watson went close with an effort from the edge of the box late on but Sutton held on to pick up the three points. 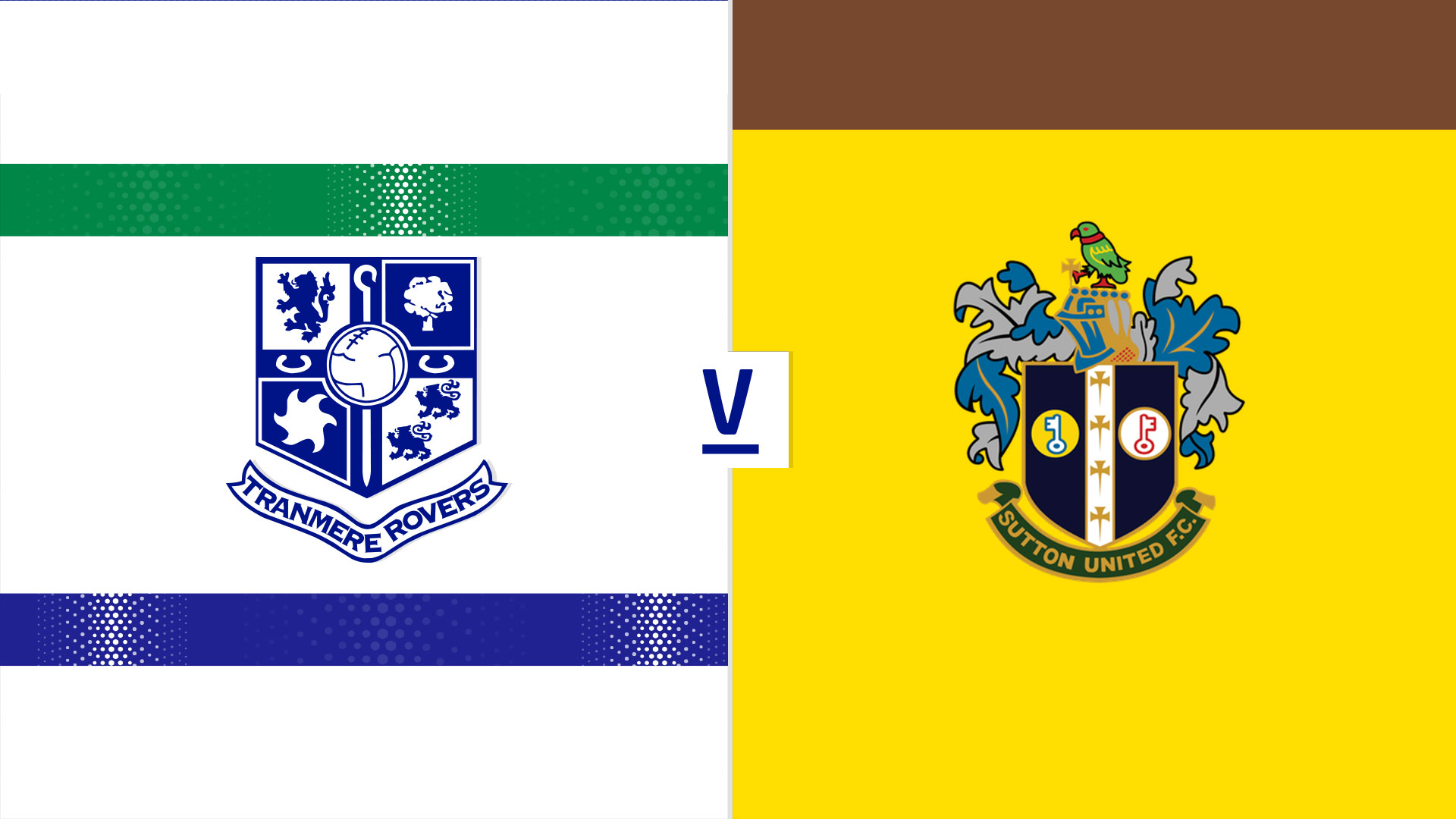 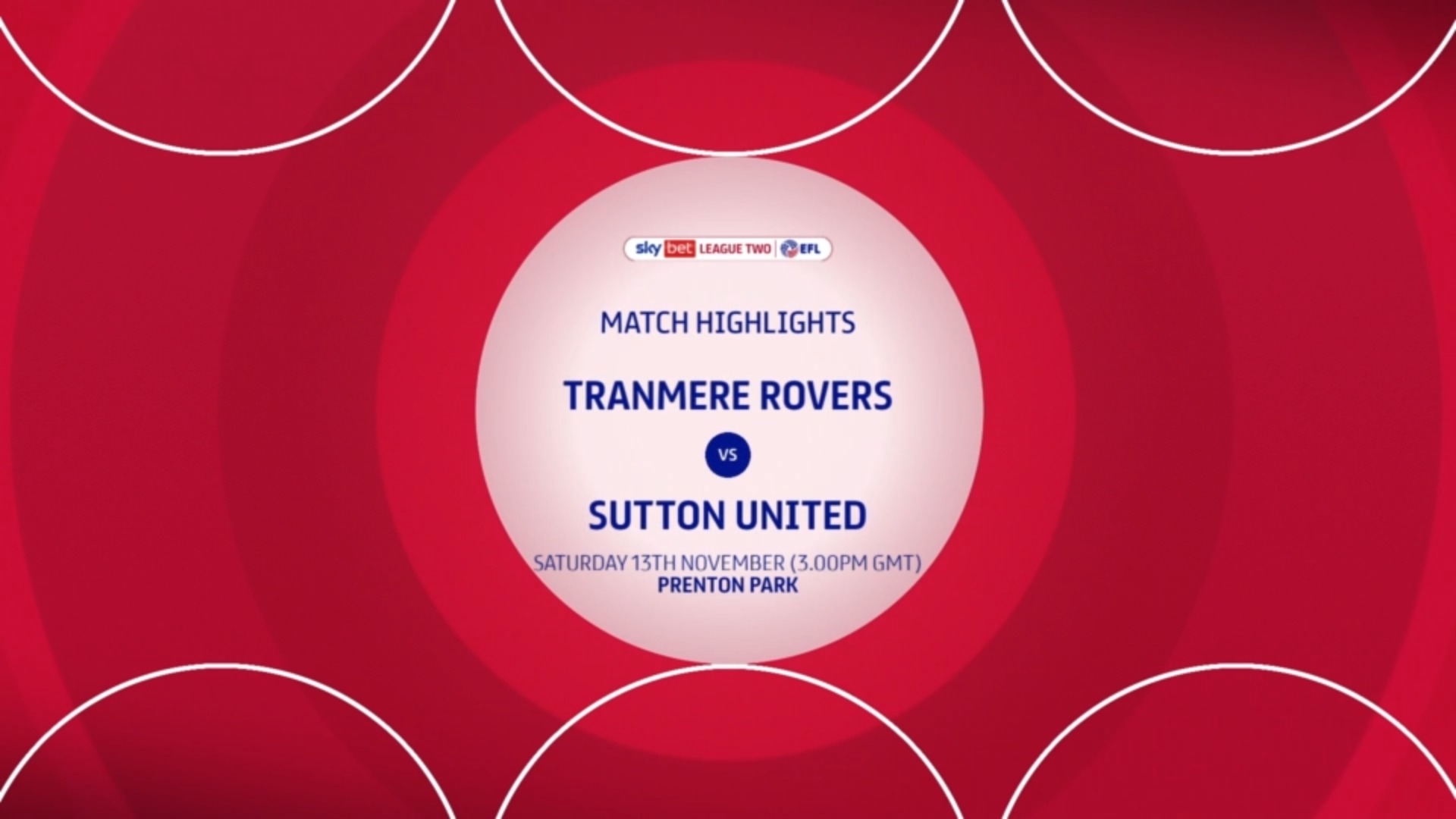 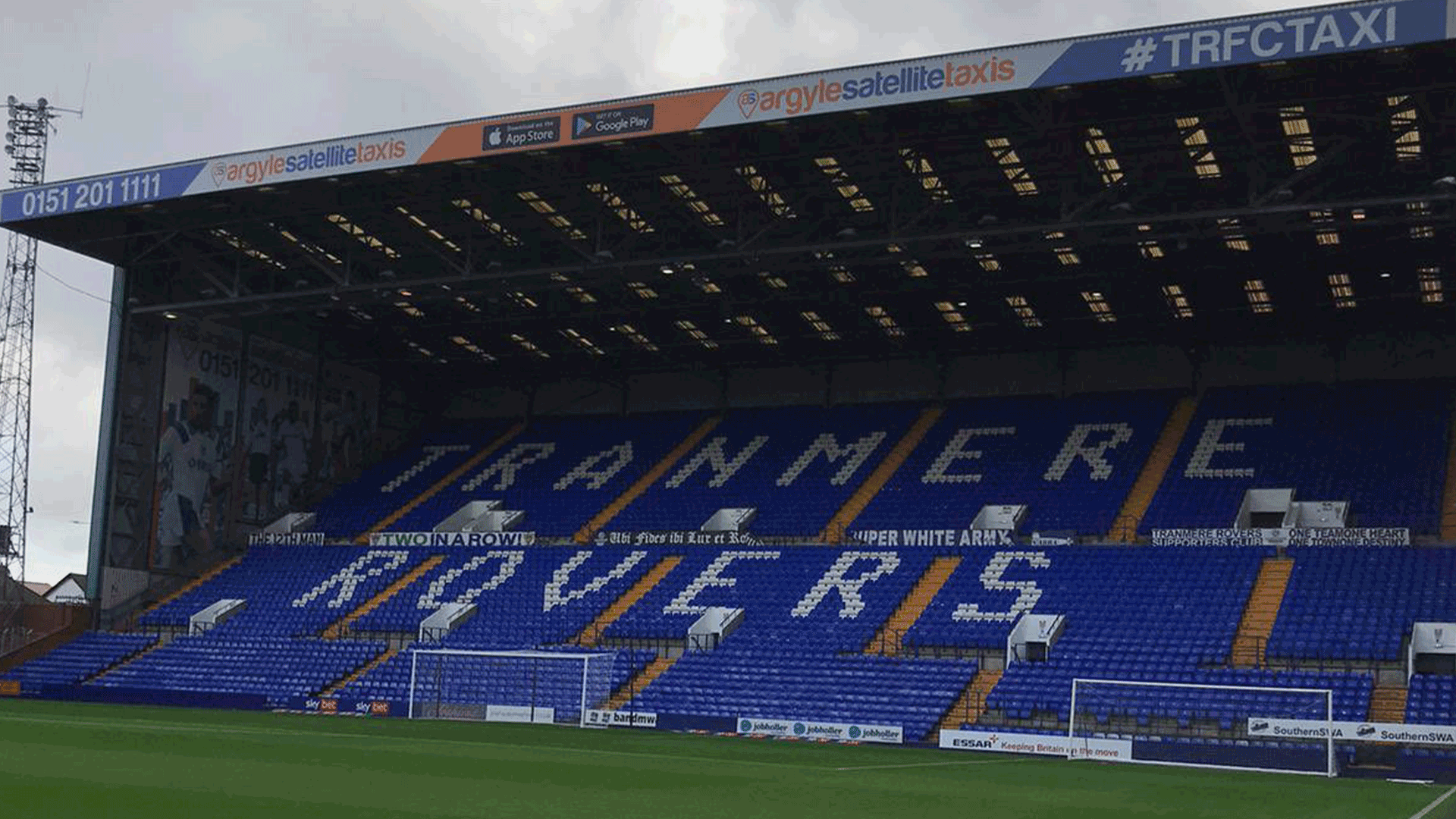