Tranmere Rovers are back on the road again on Tuesday night, with a trip to Harrogate Town next in Sky Bet League Two.

Micky Mellon’s side were victorious on their travels at the weekend, with an own goal from Rod McDonald enough for Rovers to claim all three points in a 1-0 win.

A summer signing, Luke Armstrong made the move to the EnviroVent Stadium from Salford City, and has been in fine form this season, scoring seven times so far in League Two.

After having spells in his youth at Middlesbrough and Birmingham, Armstrong made his professional debut with Cowdenbeath, going onto feature six times in the league. After a successful spell with Blyth Spartans, he made the return to Boro.

The 25-year-old spent two years back at the Riverside, spending time on loan at Gateshead and Accrington Stanley. He joined Salford in 2019, and spent time on loan at Hartlepool last season.

In his playing career, Simon Weaver had spells at Nuneaton, Lincoln, and Tamworth before going into a career in management.

In 2009, he was appointed player-manager at Harrogate, eventually retiring from playing in 2012. Since his appointment, he has taken the side from the Vanarama National North to second place in League Two.

Both UK and International supporters can watch this game live on iFollow!

Kieron Morris secured Tranmere Rovers a point in a 2-2 draw away at Harrogate Town in Sky Bet League Two on Tuesday night.

Rovers were ahead just after the half-hour through Jay Spearing’s penalty before Jack Muldoon equalised minutes later from the spot.

Luke Armstrong headed Harrogate into a 52nd minute lead prior to Morris heading in a leveller two minutes later.

Manager Micky Mellon named an unchanged side from Saturday’s 1-0 win away at Carlisle United.

Playing in their claret and blue away strip, Rovers had a great chance within four minutes, after Josh Hawkes found Sam Foley, an0d his shot from the left side of the box squeezed under goalkeeper Mark Oxley but was cleared off the line by Josh Falkingham.

Captain Peter Clarke was well-positioned to clear Alex Pattison’s cross to safety, as Rovers were forced to defend.

With 29 minutes played, Calum MacDonald’s cross was met by Hawkes on the volley, that Oxley beat away.

Rovers were in front from the penalty spot on 32 minutes, as Josh Dacres-Cogley was brought down by Jack Diamond.

Spearing took responsibility from 12-yards and converted his right-footed kick into the bottom left-corner, despite Oxley diving the right way.

Searching for a second, Morris found Hawkes, however Oxley was there to save.

Harrogate were back in the contest through a penalty of their own after Smith was fouled after a free-kick was sent into TRFC’s box.

Muldoon stepped up to strike right-footed, sending Doohan the wrong way to find the top right-corner.

Towards the end of the half, Doohan was placed to save from Diamond and Smith, which saw Rovers go into the break level.

Six minutes into the second-half, Rovers found themselves a goal behind. Doohan did well to initially deny Pattison, with the ball looping to the far post into Thomson’s path, who headed across for Amstrong to divert a header past Doohan.

Rovers were back on terms on 55 minutes. Elliott Nevitt thumped the crossbar from close-range after Hawkes’ cross, with Morris heading in the follow-up in front of a packed-out away end.

Mellon made his first change, as Hawkes limped off and he was replaced by Liam Feeney on 61 minutes.

In the closing 20 minutes, Morris couldn’t meet Feeney’s cross, and it was cleared by Warren Burrell, with Rovers in pursuit of a third goal.

Doohan was forced to strongly punch the ball out after a battle between Armstrong and Clarke.

Muldoon was next to try his luck for Harrogate, but his shot from distance went off target and over the crossbar.

Callum McManaman then hit the crossbar from Feeney’s cross before Elliott Nevitt was inches away from poking in a winner, with Rovers earning a point in North Yorkshire.

Our next game is this Saturday, 3pm kick-off, at home to Northampton Town. Tickets are available to buy now via trfctickets.co.uk.

Tickets for our upcoming away game against Harrogate Town on Tuesday 19th October are now on sale.

We have been allocated 148 seated tickets and 452 standing tickets for this fixture.

Please note that no tickets will be available on the day and there will be no cash turnstiles in operation.

Tickets can be bought online here or in TRFC Store. Tickets will be available to collect from TRFC from Thursday 14th October

Coach travel will also be available with the coach departing Prenton Park at 3:45pm. Tickets can be bought online here in TRFC Store 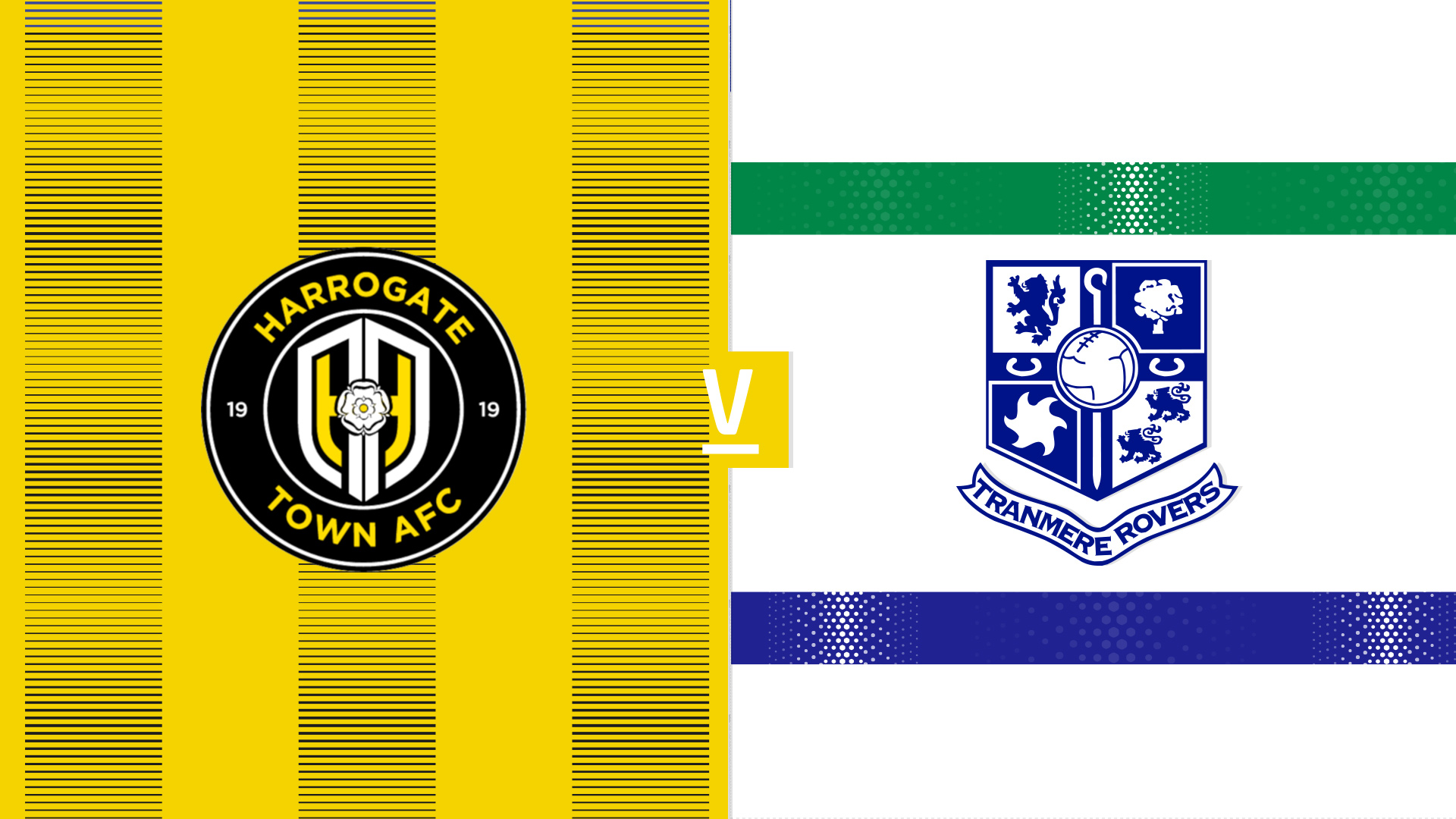 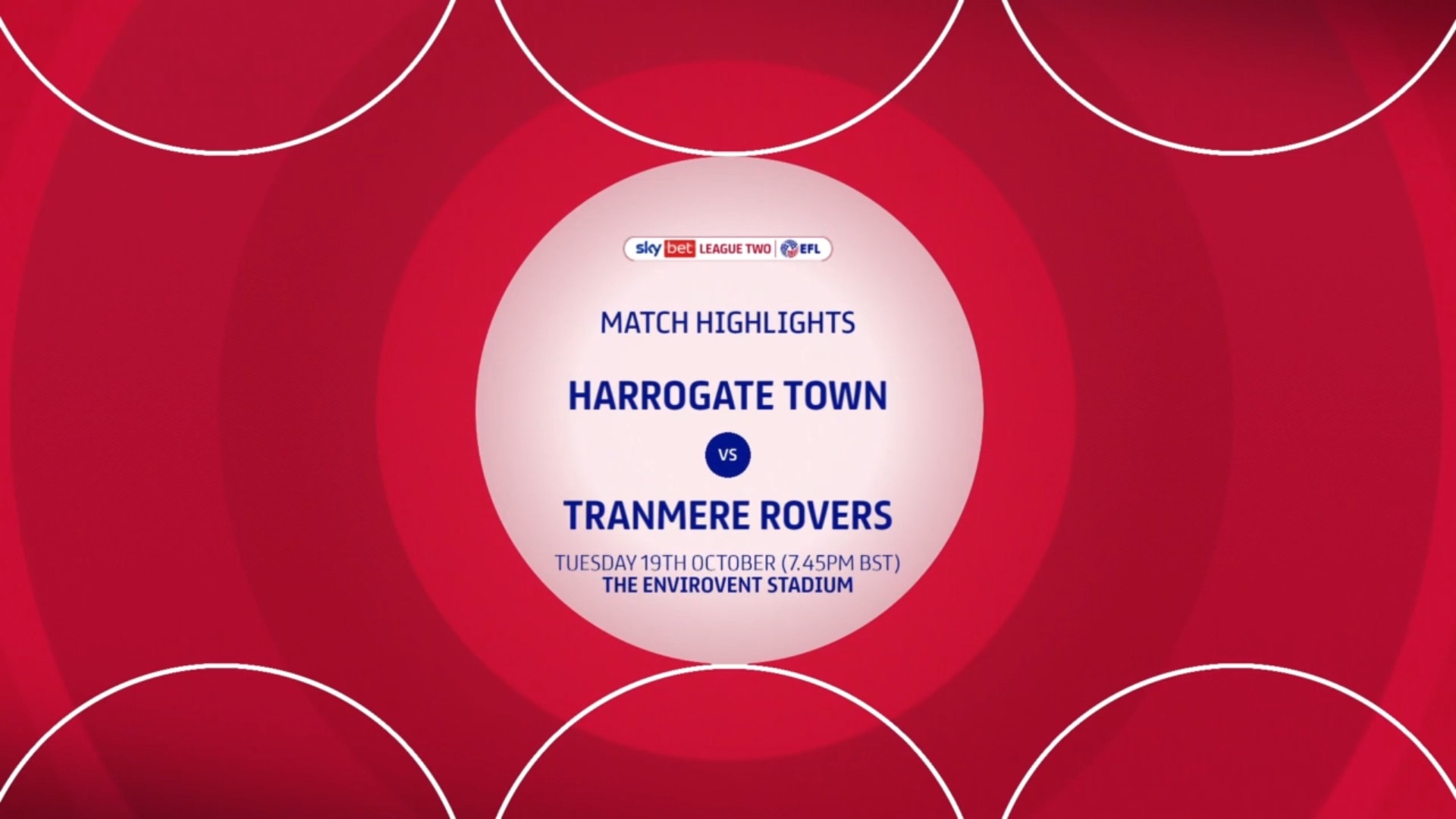 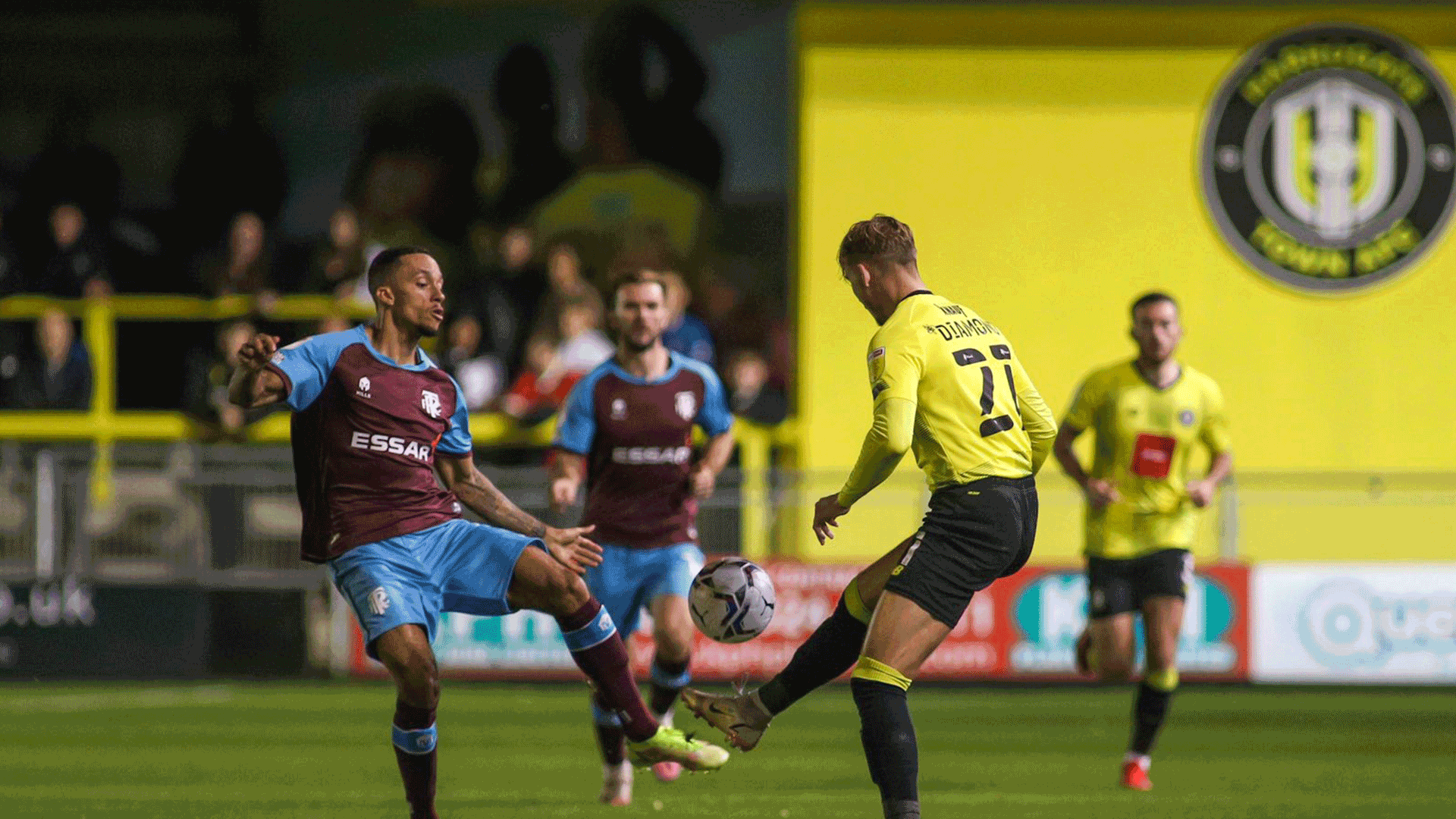