Peter Clarke scored a brace last weekend, as Micky Mellon’s side were 2-1 winners over Crawley Town.

Calum MacDonald returned from his one game suspension in midweek. Lee O'Connor will be away on International Duty and is therefore unavailable.

On Thursday, Micky Mellon confirmed that there are no other injury concerns.

Returning to the JobServe Community Stadium after six years away this summer, Freddie Sears began his career at West Ham.

Loan spells away from the club gave him first-team football, including a spell at Colchester. He’d later join the U’s permanently in 2012.

After three seasons at the club, Sears left for Ipswich Town. He’d spent the next six years at Portman Road, featuring over 200 times for the club.

The 31-year-old has scored three times in League Two so far this season.

After initially being appointed as interim manager, Hayden Mullins was appointed manager of the U’s after securing survival last season.

His coaching career began at Reading, before he moved onto Watford. After a few seasons at Vicarage Road, he became Under-23s manager.

In September 2020, he joined Colchester as assistant manager. By March 2021, he was interim manager.

Mullins guided the U’s to a 20th place finish last season, confirming their status in the fourth tier for another year.

This game will be available to stream for both UK and International based supporters. Match passes are available for £10 by clicking here. 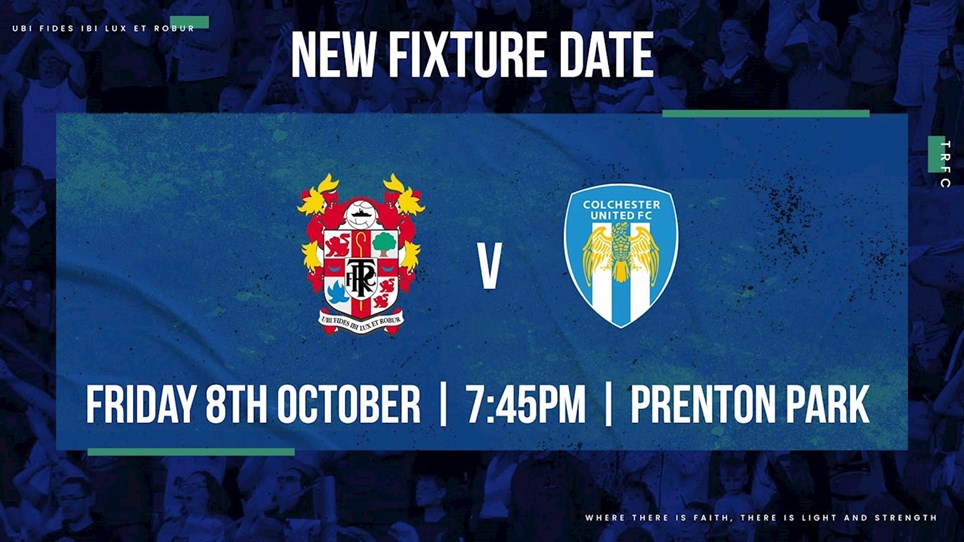 A first Tranmere goal from Josh Hawkes and a third goal in two matches from Peter Clarke sealed a well deserved 2-0 win for Tranmere Rovers against Colchester United.

Both goals came in the second half as Rovers made it four wins out of five at home in the league this season and unbeaten in one month across all competitions as Friday night football returned to the Wirral in emphatic fashion.

Tranmere Rovers manager Micky Mellon made one change from the league win against Crawley Town six days ago, Calum MacDonald stepping in for Chris Merrie, the later on the bench.

The visitors lined up with an experienced team, with the likes of Alan Judge and Freddie Sears both starting for the Essex outfit.

Cheered on by more than 7,000 Tranmere supporters, the home crowd was electric for the first Friday night fixture of the season, and the first since crowds were allowed to return to stadiums after lockdown.

Tranmere had a real leap in their step due to the vocal home crowd and showed some elegant passes and clever movement in the opening stages at Prenton Park.

Tom Davies, who did the pass of the match early in the first half, had a diving header saved from a right hand side corner, a brilliant opportunity for the SWA to gain the lead with 16 on the clock.

The hosts were turning the screw and putting Colchester under consistent pressure, as a back post cross by Keiron Morris was nearly met by Elliott Nevitt.

Nevitt was inches away moments later, when MacDonald megged a United player to put a cross from the left but Luke Chambers got in the way to make an important block, with the ball hitting the outside of the post on its way out for a corner.

Former West Ham United man, Sears, registered Hayden Mullins’ side’s first strike on target in the 40th minute, but the shot was straight down the throat of Ross Doohan.

The half concluded with Hawkes hitting a half volley from the edge of the penalty box just wide of former Tranmere loanee’ Shamal George’s, left hand post.

Tranmere kicked off the second half by hitting the bar as Davies towered above the United backline to power a header against the frame of a helpless George’s goal following a pinpoint corner by Hawkes.

Rovers took a deserved lead with 55 on the clock as Hawkes took aim from 20-yards, and his effort took a heavy deflection, wrong footing George and dropping into the back of the net in front of Argyle Satellite Taxis KOP Stand.

Mellon’s team nearly doubled their lead two minutes later as Nevitt’s shot was pushed around the post from George. In the 58th minute, Morris fired over after cutting in from the left flank, as the deadly submarine was in full force looking for goal number two against a shaken Colchester side.

United could have been level in the 70th minute as Noah Chilvers, who had been introduced by the visitors from the bench, hit an effort just wide of the post.

Tranmere soon doubled their advantage as Clarke grabbed his third goal in two league games with an unstoppable header into the top left hand corner from a Calum McManaman cross with 18 minutes remaining.

Doohan, very quiet all evening, made an important stop from Sears when called upon, making himself big to narrow the gap for the striker to aim for, and in turn, making the save. The visitors followed up with another chance as former Ipswich man Cole Skuse headed over the bar.

Tranmere made their first sub in the 80th minute as Liam Feeney, who had a great game at Salford on Tuesday, replaced McManaman. Two minutes later, Morris came off for Ryan Watson, another player to shine in the midweek win at Salford City in the Papa John’s Trophy.

Chris Merrie was the final swap for Hawkes and  Colchester missed a late chance through Sylvester Jasper but Tranmere claimed a well deserved 2-0 win as Friday night football returned with a bang at Prenton Park.

Our next game is at Carlisle United on Saturday 16th October and tickets will be available to purchase by visiting www.trfctickets.co.uk. 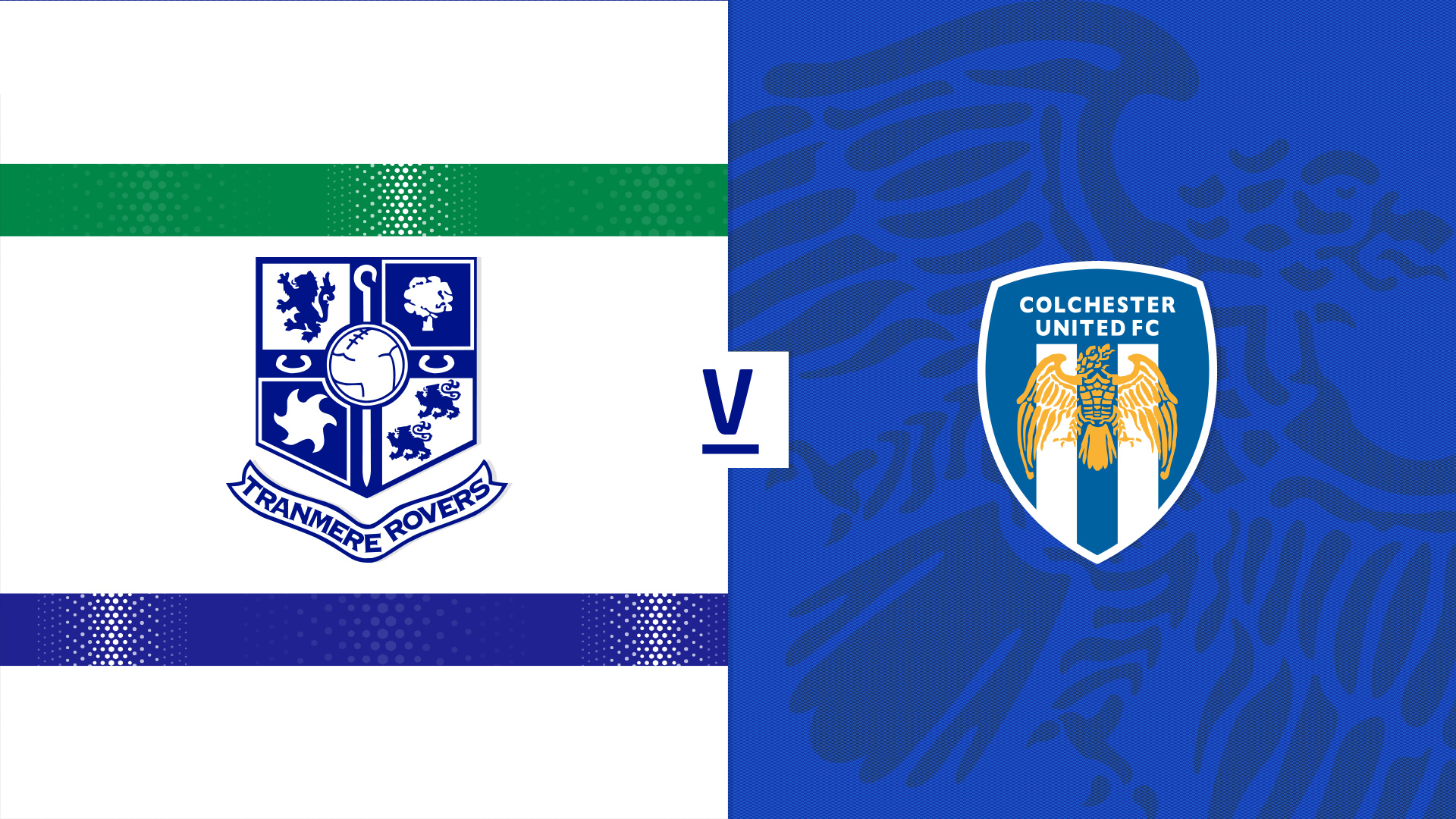 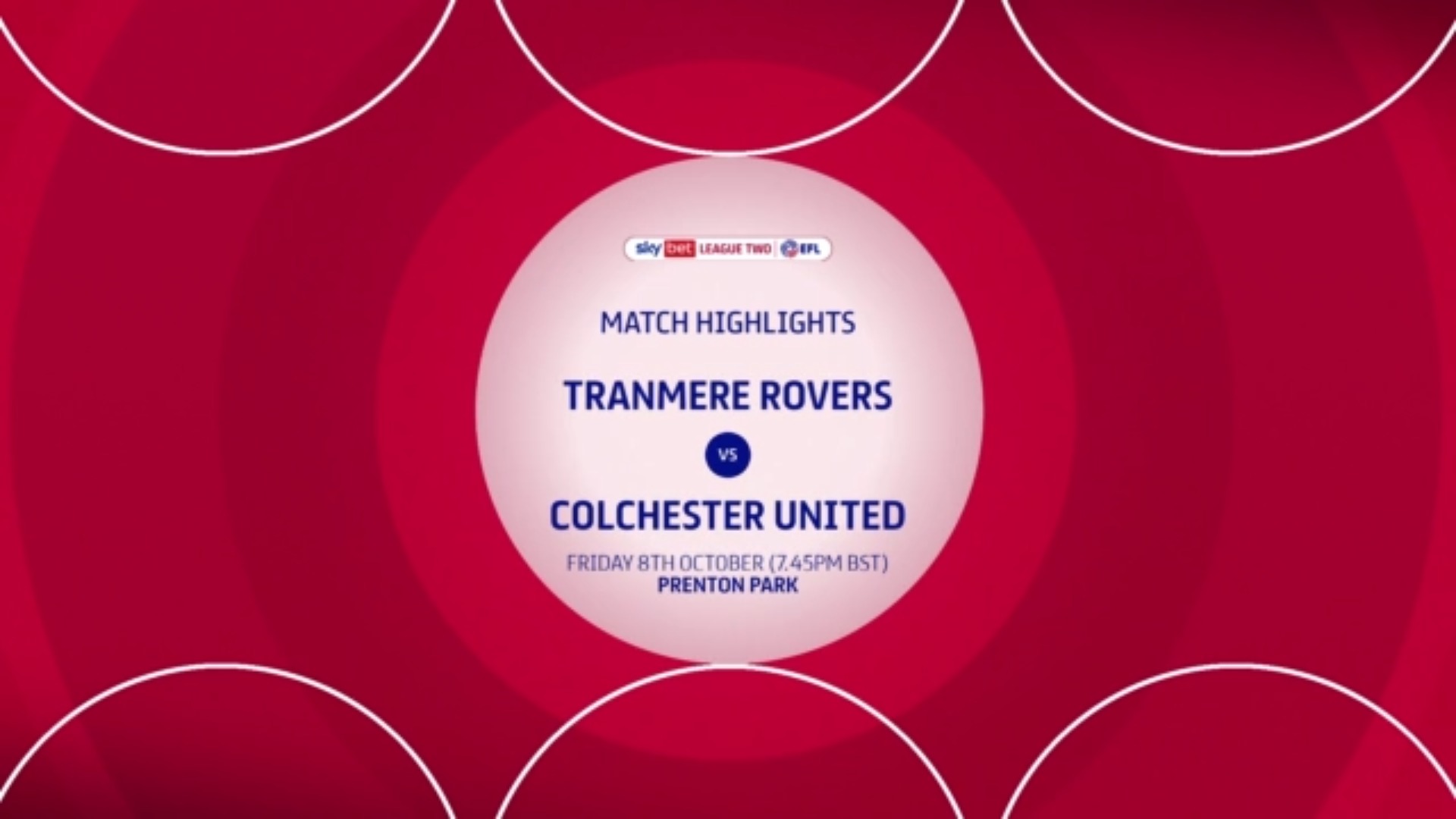 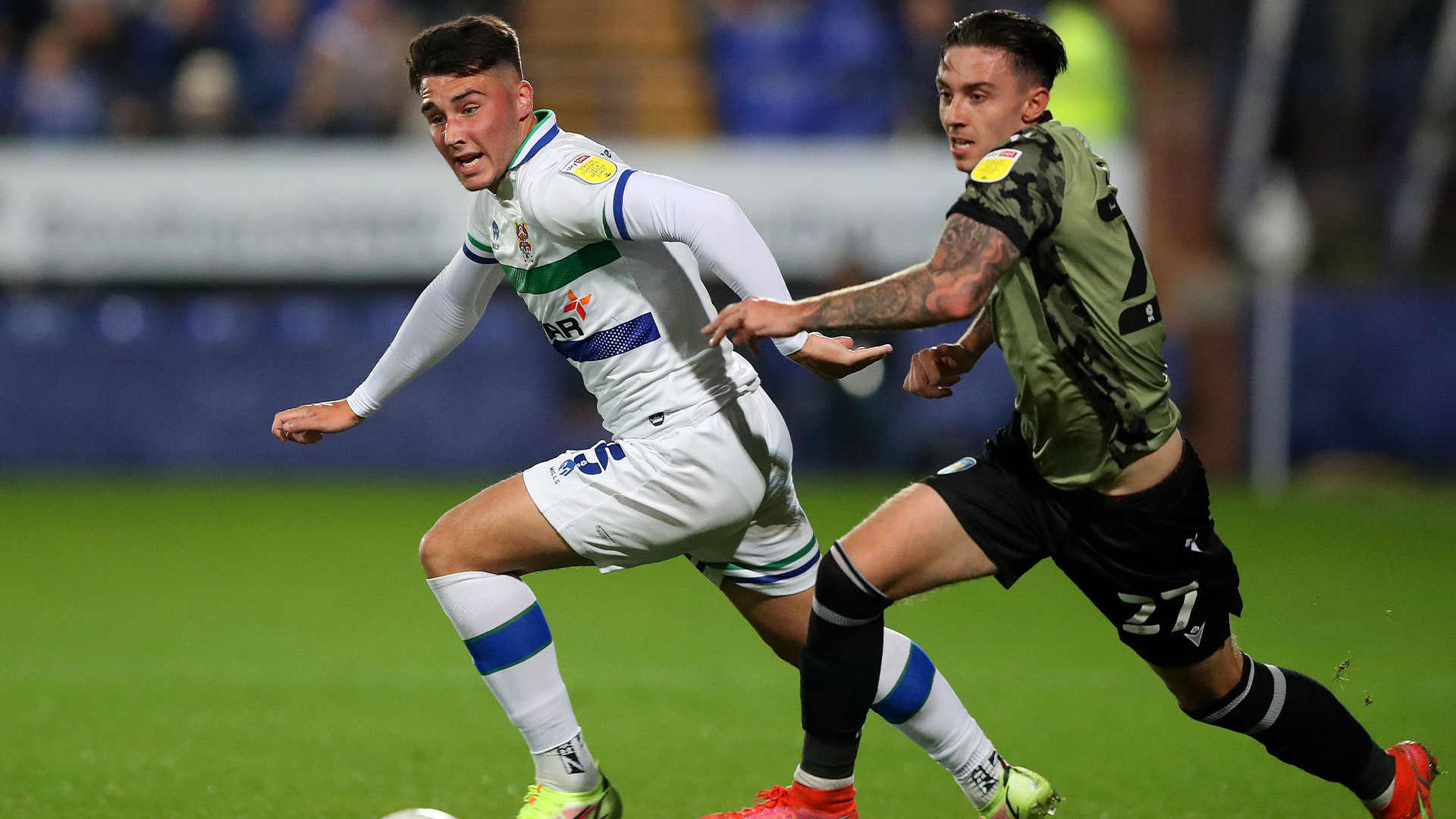