A brace from Peter Clarke sealed a hard earned 2-1 victory against in form Crawley Town at Prenton Park.

Clarke found the net either side of the half time whistle, as the stand in captain, who is currently occupying the armband due to Scott Davies' injury, sealed a fantastic three points for TRFC.

Crawley levelled the match midway through the second period, but Clarke, who scored in the first half with a header, netted a second with his head in the 77th minute.

Chris Merrie came into the starting line up for Rovers, replacing the suspended Calum MacDonald.

Tranmere had the first attempt on goal with just two minutes on referee Sebastian Stockbridge clock, when a back post cross was collected by Calum McManaman, but he volleyed over the bar.

Rovers were in the ascendency in the opening ten minutes with Josh Hawkes coming close after a fabulous pass over the top of the defence by Sam Foley. Moments before the chance, Ludwig Francillette was withdrawn by Crawley after clashing heads with Elliott Nevitt, the latter fine to continue.

Crawley hit the post through Sam Ashford in the 22nd minute, after a well worked team move, a warning sign to Tranmere as the Sussex side showed why they have been in great form as of late.

Tranmere took the lead in the 26th minute when lovely footwork by Keiron Morris saw him beat two of his men on the left, and he dinked a ball into the penalty area for Clarke to glance a header into the far corner.

Rovers continued to look like the team more likely to score, and before the half time whistle, Morris fired over from 25-yards, to round off a good opening 45 for Micky Mellon’s side.

Tranmere kicked off the second period with Hawkes having a fabulous opportunity from point blank range but missed the target after McManaman’s delivery.

The same man again came close before the hour mark, when he directed a free-kick just wide of the left hand post.

McManaman was the next Rovers player to come close in the 62nd minute, shimmying past two Crawley slide tackles, the winger dragged his right footed effort wide of the post.

Crawley levelled in the 64th minute when a shot from the left was well saved by Ross Doohan, but the rebound fell nicely at the feet of substitute Kwesi Appiah to tap home.

The visitors nearly went ahead when Ashford got the wrong side of the Rovers back line but late pressure from Clarke resulted in the attacker’s shot going over the crossbar.

Mellon made his first change with 16 minutes to go, Liam Feeney replacing Hawkes as Rovers looked for a way to regain the lead at Prenton Park.

Crawley’s momentum soon slowed down as Rovers went on the hunt, and a powerful run from Morris resulted in Foley sweeping the ball into the arms of goalkeeper Glenn Morris, a big chance for TRFC.

And the lead was regained once again after a delicious cross by Feeney was met by Tom Davies, the goalkeeper made the save, but Clarke was in the right place at the right time to head home his second of the game.

Foley nearly added a third for Rovers as he raced clear of the Crawley back line, but from a tight angle, he fired over the cross bar. The final TRFC change saw Nicky Maynard come on for Nevitt after another tireless shift from our popular number 20.

Tranmere held on for the win, and we will be next in action on Tuesday night at Salford City in the Papa John's Trophy, 7pm kick-off. Ticket information is available by CLICKING HERE.

Our next home league game is on Friday 8th October, as we play host to Colchester United, as we look to pack Prenton Park once again! Friday night football returns and we need our 12th man! To purchase tickets, please visit trfctickets.co.uk. 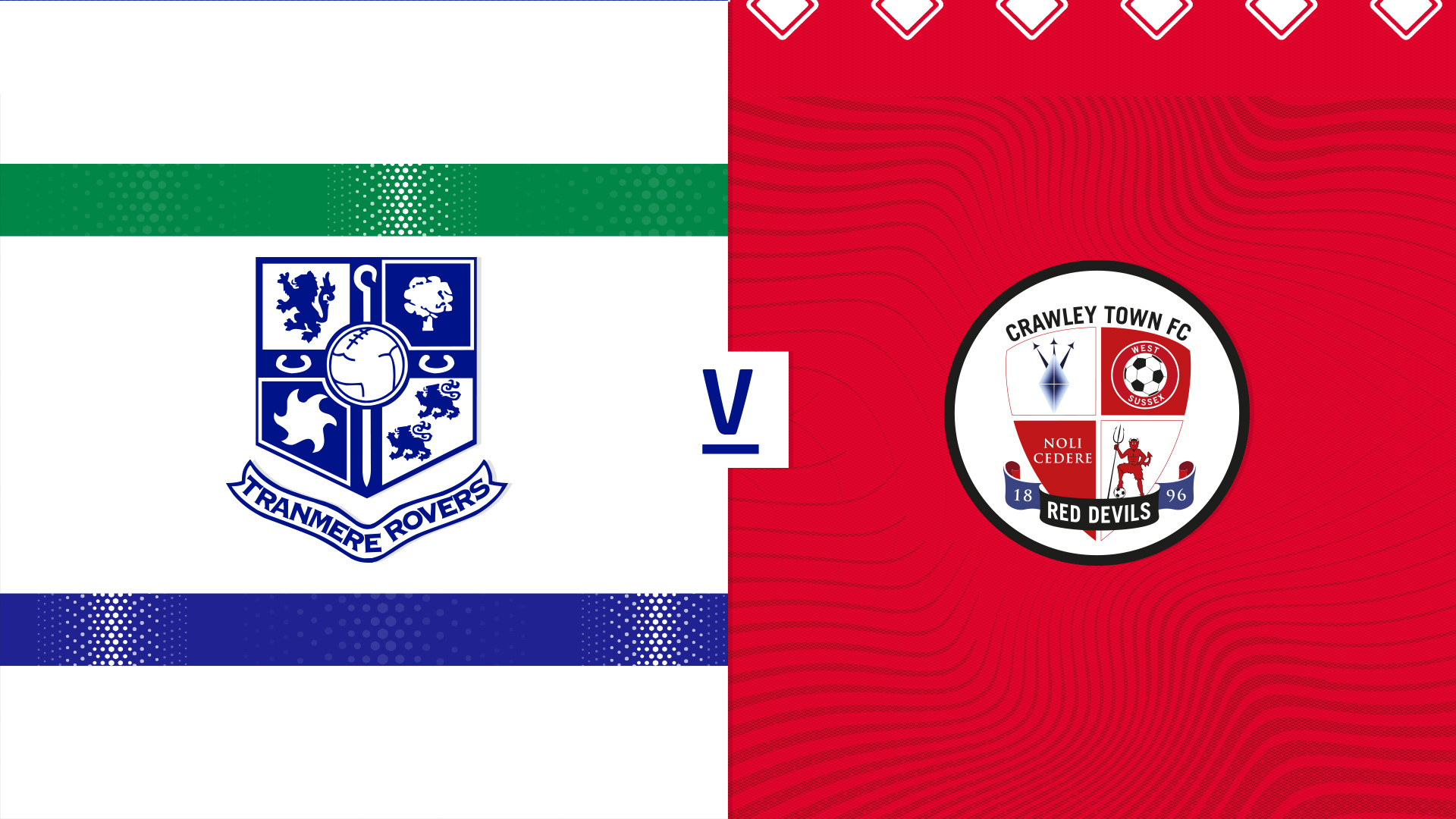 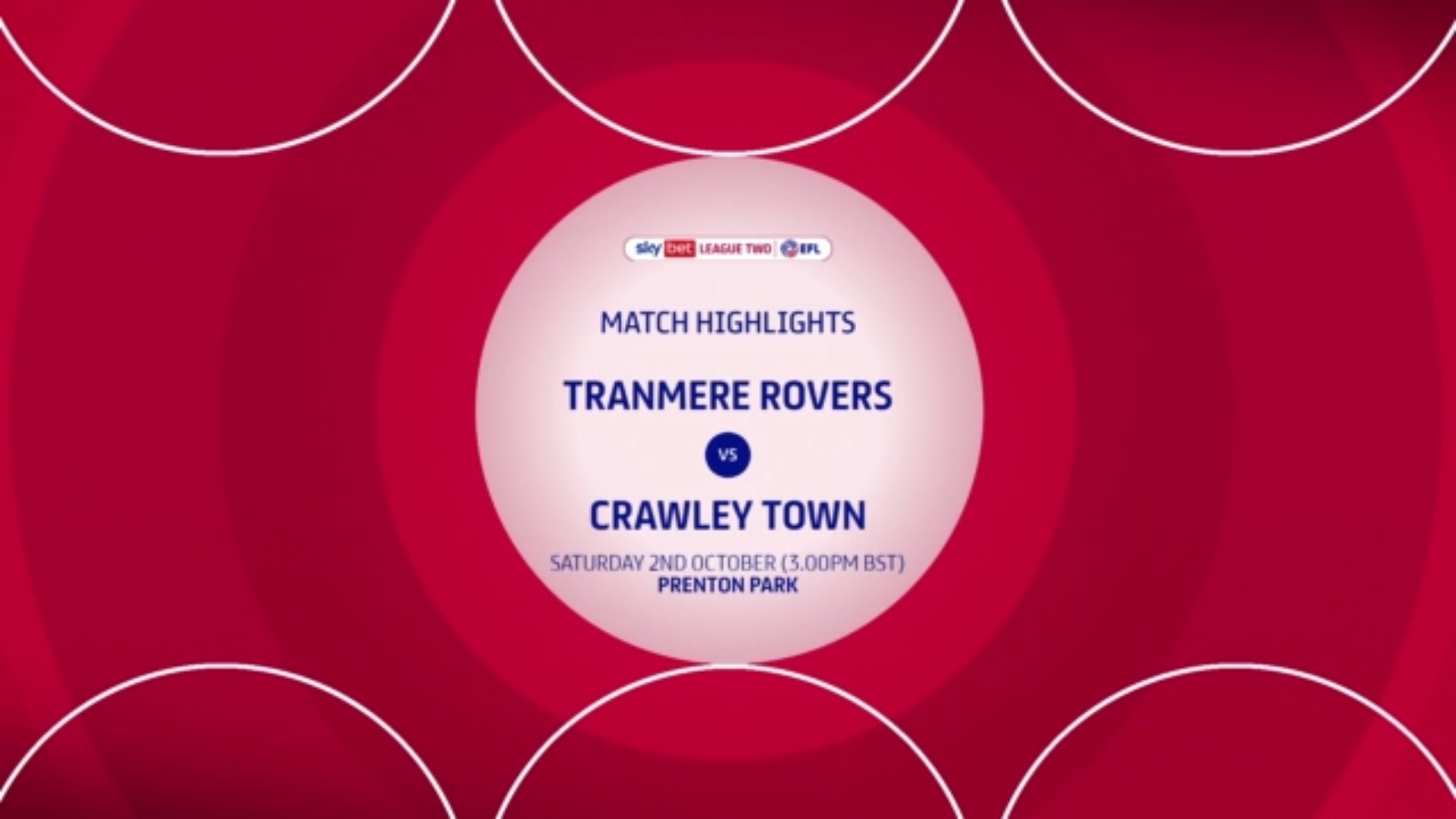 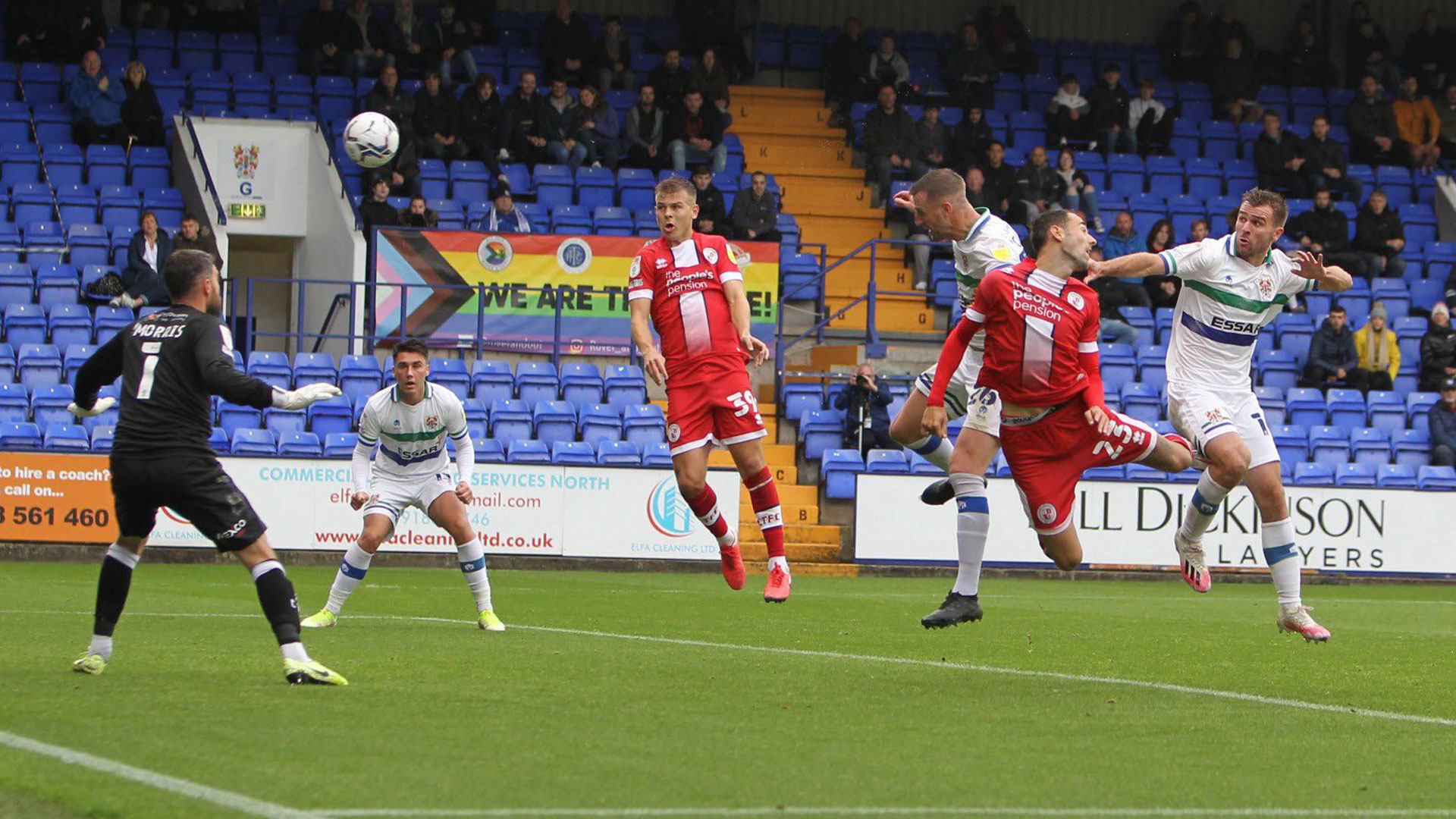