Tranmere Rovers are back at Prenton Park on Saturday afternoon with Northampton Town the visitors in Sky Bet League Two.

Micky Mellon’s side were on the road in midweek, drawing 2-2 away to Harrogate Town.

On Thursday Micky Mellon revealed that a few players need to be assessed ahead of Saturday's game but would not disclose who specifically.

Midfielder Paul Lewis makes his return to Prenton Park, having swapped Rovers for Northampton in the summer.

Lewis, 26, began his career at Macclesfield and played over 90 league games for the club before moving to Cambridge.

In 2017, he signed for Cambridge, staying at the Abbey Stadium until 2020, where he joined Tranmere.

Lewis scored six times in 40 league game last season for Rovers, before making the switch to the PTS Academy Stadium

Jon Brady was appointed as permanent Northampton manager in May 2021, having initally been in charge at the club on a caretaker basis after the sacking of Keith Curle.

The Australian enjoyed spells at Hayes, Rushden & Diamonds, and Kettering before going into management. In 2009, he was appointed manager of Brackley Town.

In 2015, he left Brackley. The following year, he joined Northampton as Under-16s manager, and was promoted to Under-18s manager the year after that.

After four years managing the Cobblers’ Under-18s, he was appointed as caretaker manager of the first-team in February 2021.

Two second half goals from Northampton Town sealed a 2-0 win for the visitors at Prenton Park.

The goals came early and midway through the second period to end Tranmere’s eight game unbeaten run in all competitions, stretching back more than a month. Rovers will quickly turn their attentions to next weekend’s trip to Mansfield Town.

Liam Feeney came in for Josh Hawkes in the only change for Rovers, the Sunderland loanee missing out through injury.

Former Rovers man Paul Lewis lined up for the visitors. Sid Nelson, a former Tranmere promotion winner, who now plays for the Cobblers, was missing due to a knee injury.

Ahead of kick-off, both teams held a moment of respect for long serving Tranmere steward and fan Phil Haynes, who sadly passed away unexpectedly just over a week ago.

A battle for supremacy in the opening 20 minutes at Prenton Park, with both teams having one chance to score, but nothing coming from either opportunity, Feeney firing over the cross bar for Tranmere.

Tranmere did have the ball in the net in the 25th minute from a corner but it was ruled out for offside.

Aaron McGowan hit the side netting for Northampton just before the half hour mark, marking the first real goal scoring opportunity.

At the other end, Tom Davies fired away after a free kick from Feeney was headed initially away by a Northampton player.

Tranmere started to put on the pressure and great work from Sam Foley and Feeney on the left resulted in the latter whipping a back post cross towards Elliott Nevitt, but he couldn’t connect cleanly to test Liam Roberts.

Eight minutes into the second half, Northampton went ahead as Kion Etete got on the end of a whipped low cross from the left to tap home.

On the hour mark, Mark Duffy was introduced for Keiron Morris as Rovers looked for a breakthrough against an in form Northampton side.

Sam Hoskins doubled Northampton’s lead from the penalty spot with 67 minutes on the clock, after Doohan brought down Lewis in the penalty box.

Tranmere’s second change came in the 72nd minute as Feeney was withdrawn for Nicky Maynard.

Lewis and Etete both came close to adding a third for the visitors, with Tranmere not looking themselves after the second goal was conceded. Moments later, Hoskins hit the bar for Northampton.

Ryan Watson came on with 13 minutes to play, taking the place of Foley, one last roll of the dice from Mellon.

However, Tranmere couldn't find a break through and Northampton Town took home the points.

Tranmere’s next game is at Mansfield Town on Saturday 30th October, and tickets can be purchased via www.trfctickets.co.uk. 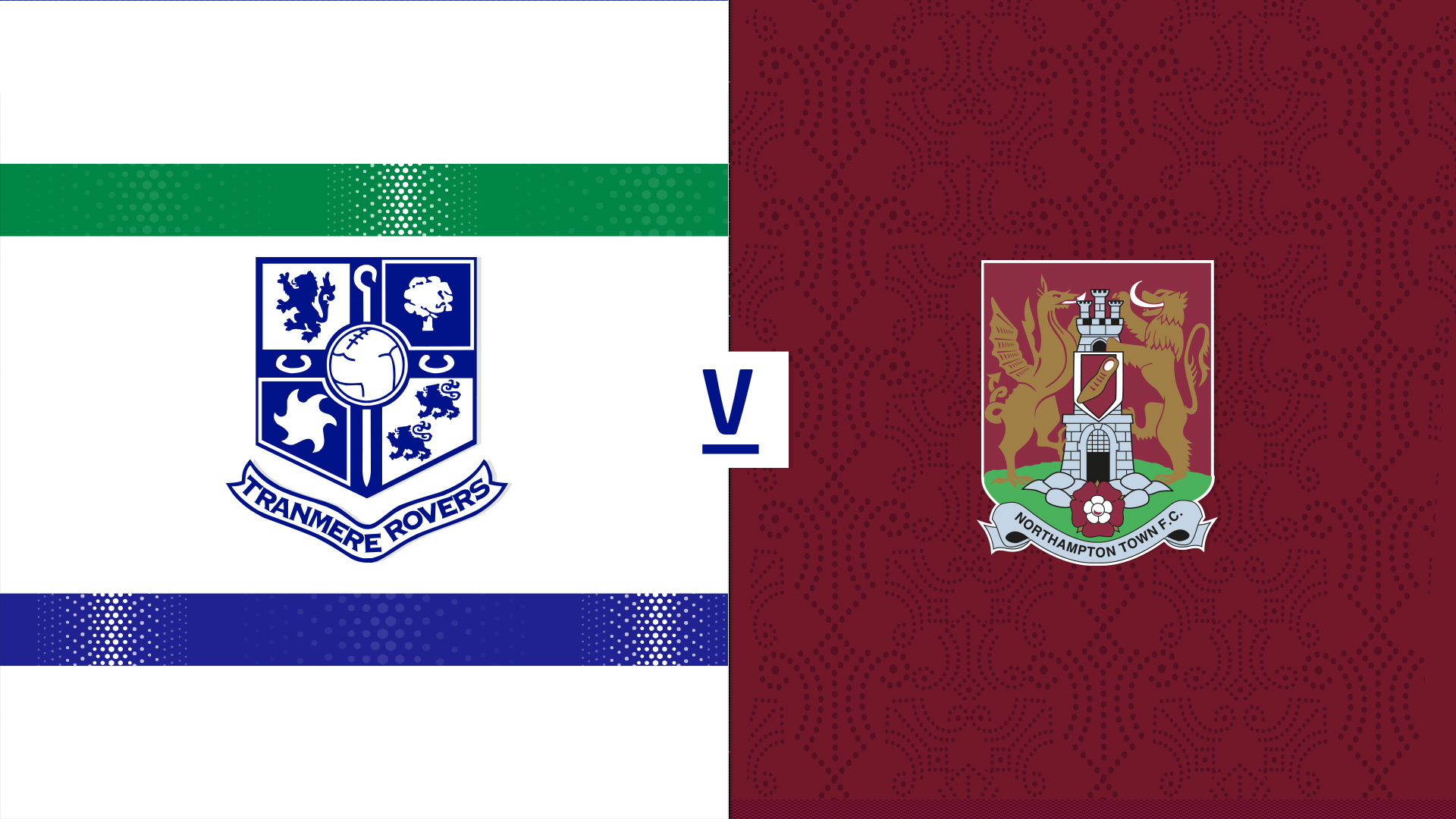 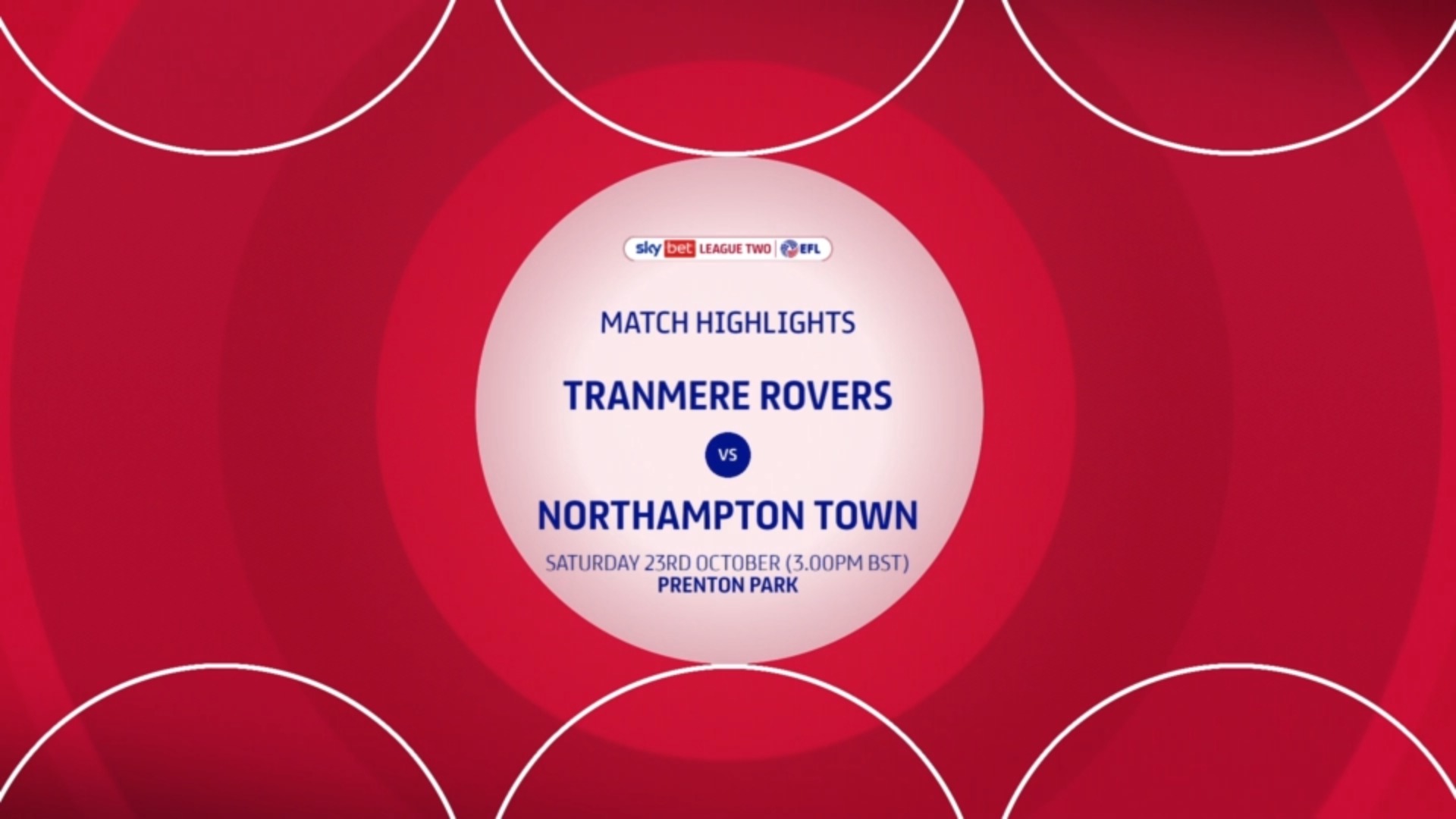 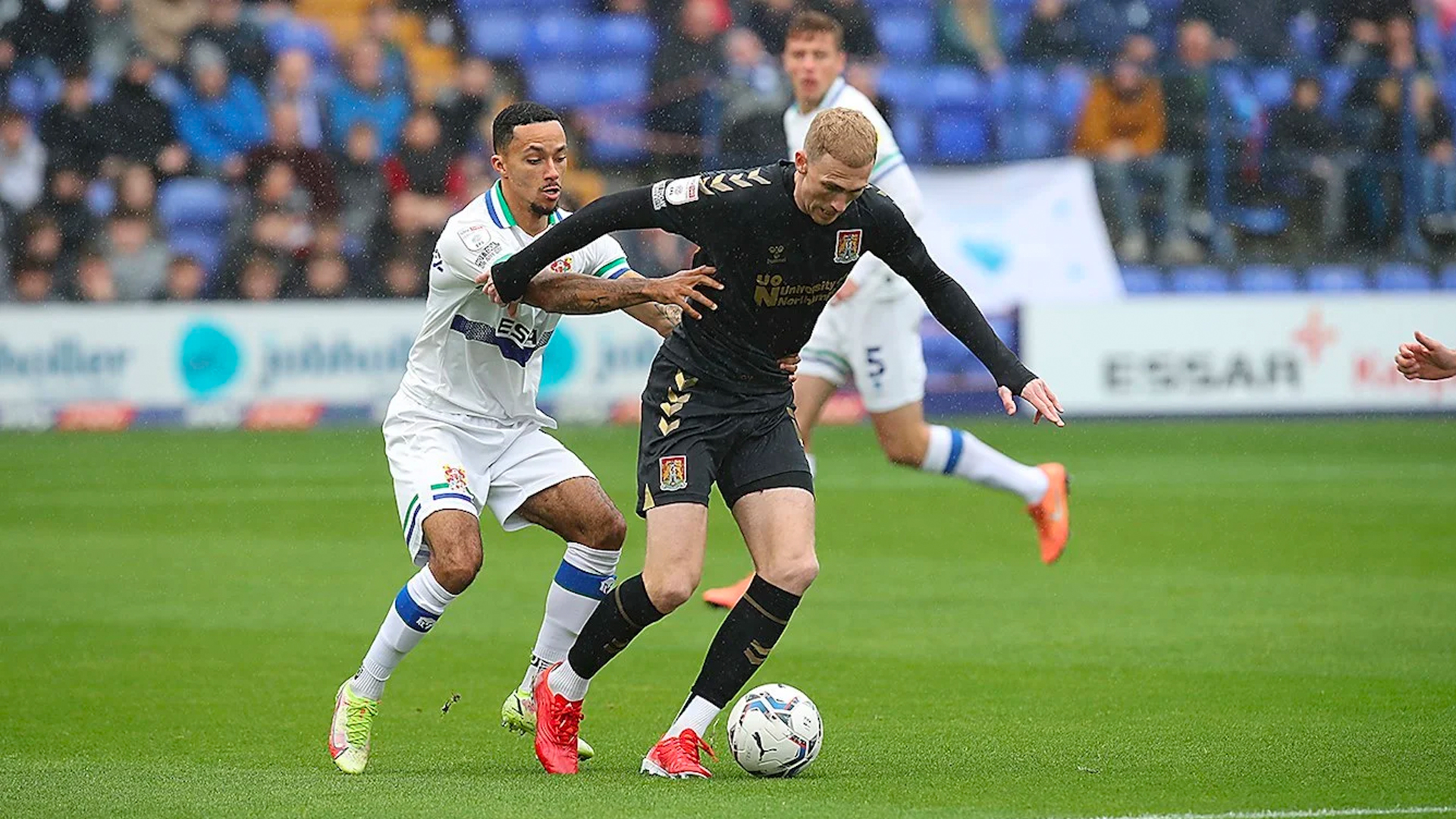