Tranmere Rovers return to Prenton Park this weekend, with newly-promoted Hartlepool United the visitors on Saturday.

With a host of new signings in the building, Rovers will be looking to bounce back from last week's 1-0 defeat away at Scunthorpe United.

Lee O'Connor is away on international duty however the rest of the new recruits are available to make their debuts.

One of the new recruits in the summer, Tyler Burey joined Hartlepool on loan until January 2022 from Championship side Millwall.

He began his career at AFC Wimbledon, progressing through the Dons’ academy and eventually broke into the first-team.

Burey then made the move to Millwall in 2019, and has played 16 times in all competitions for the Lions.

After joining the Pools earlier this summer, the 20-year-old made his debut for the club in August against Crawley. He netted his first goal for the club against Barrow, his first professional goal.

In his management career, Challinor has won promotion with various sides on numerous occasions. First, the Northern Premier League Premier Division play-offs with Colwyn Bay in 2011.

The 45-year-old later guided Pools back to the Football League earlier this summer, with his side beating Torquay on penalties in the National League Play-Off Final.

Both UK and international residents are able to stream the game live on iFollow.

Sunderland loanee Josh Hawkes, who used to play for the visitors, was named on the bench, Lee O’Connor and Stephen Walker both were absent from the matchday squad.

There was very little to separate the two teams in the opening 20 minutes at Prenton Park, with a real battle of possession taking place in the middle of the park.

The first opportunity on goal was a header off target from Pools, as David Ferguson headed over as the ball bounced awkwardly in front of him following a right footed cross by Tyler Burley.

The opportunity for Hartlepool created a couple of half opportunities from crossing situations, but with 27 minutes on referee Chris Sarginson’s clock, Tranmere front man Elliott Nevitt hit a low effort from the edge of the box, which was collected by Ben Killip.

The visitors hit the post on the half hour mark, a bending effort by full back Jamie Sterry. The ball hit the post and fired straight back into the feet of Nicky Featherstone, and his shot was cleared off the line by stand in captain Peter Clarke, a magnificent sliding block by our number 26.

Duffy, making his Rovers bow, was handed a free-kick 25-yards from goal. The former Sheffield United man bent the ball over the wall, but the save was comfortable for Killip.

As the first half came to a close, Hartlepool hit the side netting, but the score remained 0-0.

The second half was once again a cagey affair, with both teams battling to get on the front foot and break the deadlock. In the 61st minute, Maynard came off for Callum McManaman as Micky Mellon looked to switch it up in the final third.

Hartlepool United were putting threatening crosses into the Tranmere Rovers penalty area, but the best chance of the half fell to centre back, TDavies, who hit a fierce strike just over the cross bar.

In the 72nd minute, Hawkes came on for his Rovers debut, replacing Duffy. Hawkes looked lively after his introduction, and his through ball nearly played Josh Cogley in on goal, but the defender was tackled before he could take the shot.

Hawkes then had his first shot on goal as a Rovers player, connecting first time with a Morris cross, only to strike the ball into the Argyle Satellite Taxis Stand.

Davies yet again had an effort on goal but blasted over the cross bar as Rovers pilled on the pressure late on for a goal.

It was third time lucky for Davies as the towering centre half sent Prenton Park into raptures, climbing above the Pools defence to connect with a Hawkes corner in the 88th minute.

The goal was certainly what Rovers deserved after the pressure they mounted on the Hartlepool defence and Davies’ header sealed an important three points.

Our next game will be at Rochdale on Saturday 11th September, 3pm kick-off. Ticket details for the match are available to access by CLICKING HERE. 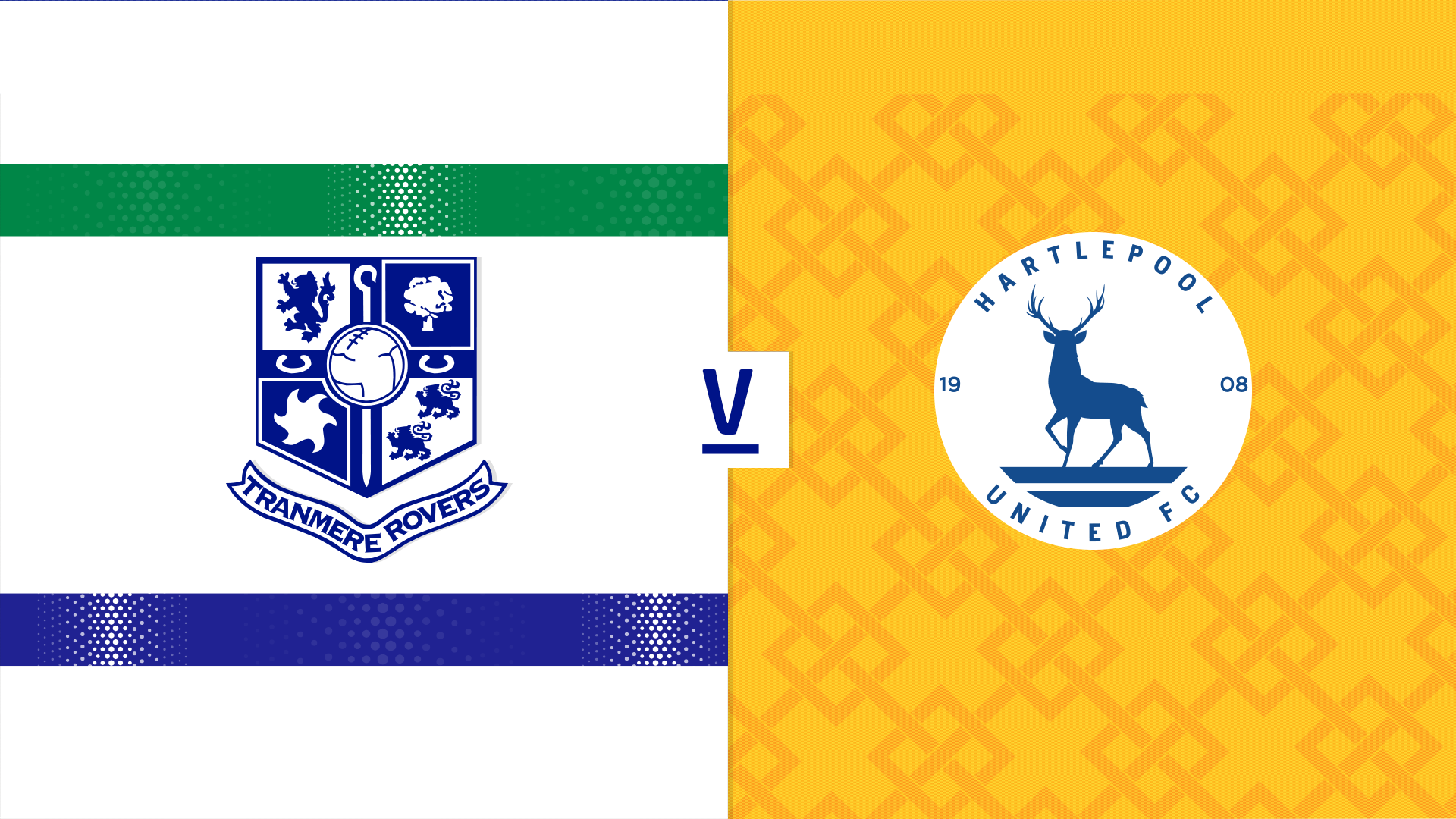 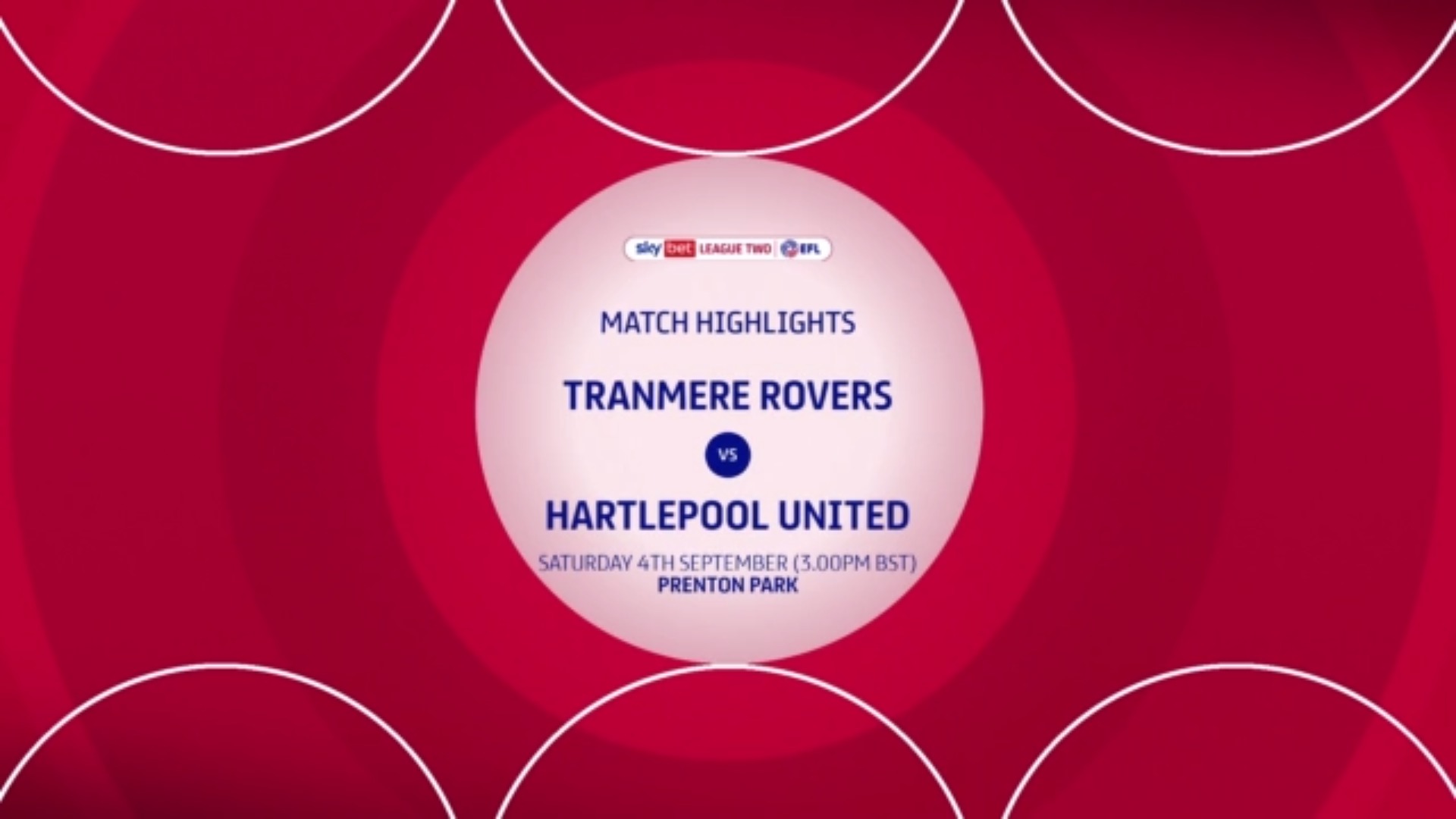 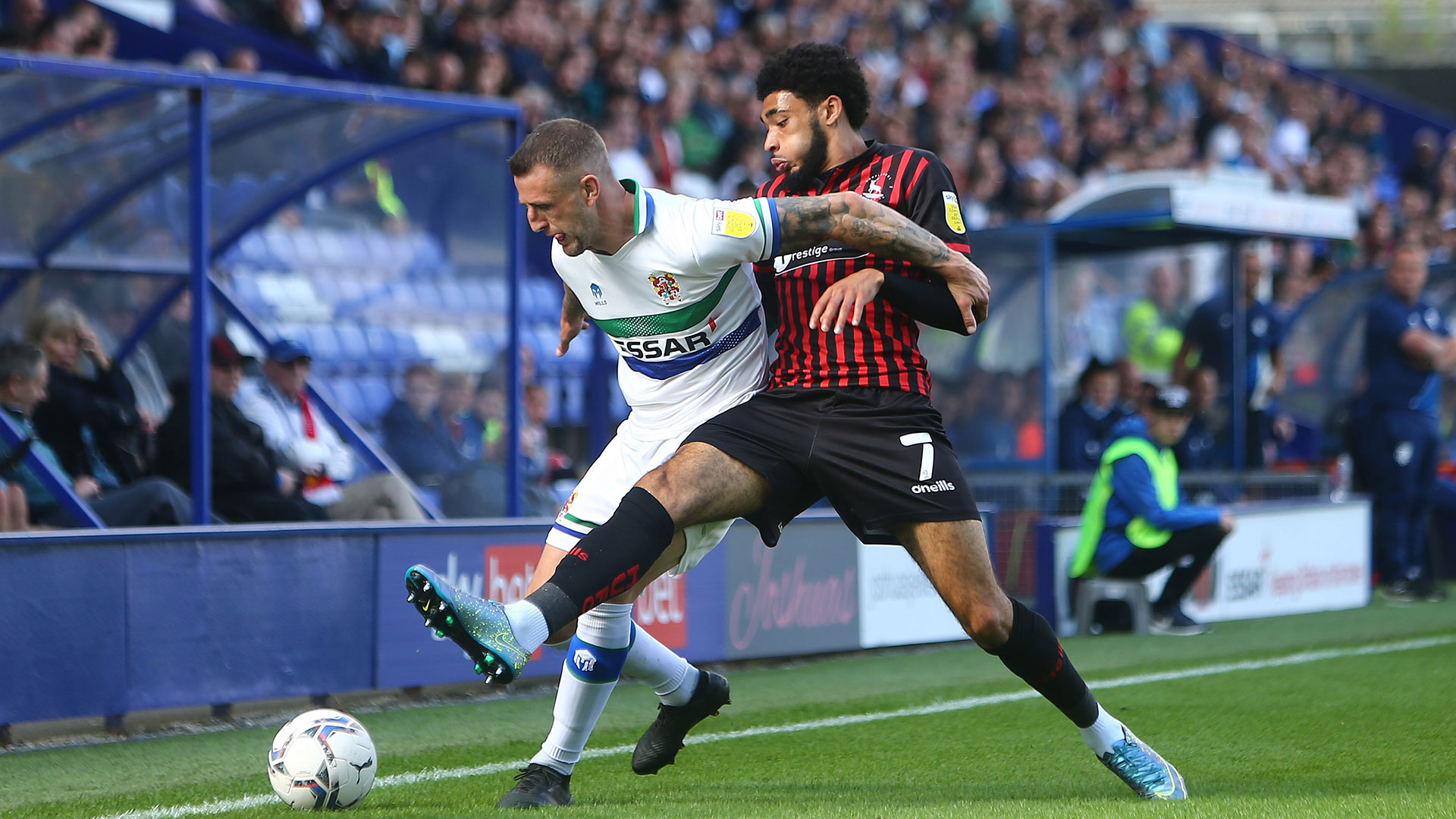