Tranmere Rovers return to Prenton Park this weekend to take on Salford City in a 3pm kick off.

Rovers will be looking to build on Tuesday night’s 4-1 win over Leeds United U21s in the Papa John’s Trophy and pick up three important points in the league.

Tickets for this game can be bought online here. It is cheaper to get your tickets in advance.

Joe Murphy is recovering from concussion after being forced off at Rochdale last week.

Callum McManaman also went off with a dead leg and will be assessed ahead of this fixture.

The veteran striker has been at Salford since last Summer having originally stepped down a division to join from Rochdale where he spent seven years.

Coming through the ranks of Norwich City in 2002, Henderson went on to make 68 appearances for The Canaries before moving on to shorter spells at Northampton, Luton and Ankaragucu in Turkey.

In 2010 he settled down with Colchester United and notched up 118 appearances for the Essex based side.

His next club Rochdale would be where he would become prolific in front of goal. An impressive 112 goals in under 300 outings for Dale made him a fans favourite at Spotland.

Now plying his trade at the Peninsula Stadium, he will be hoping to finish both high up the scoring charts and high up the table with The Ammies.

A first half penalty from Keiron Morris and a first professional league goal in the second period by Elliott Nevitt sealed a 2-0 win for Tranmere Rovers against Salford City in a feisty affair at Prenton Park.

Both teams were reduced to ten men, when Ibou Touray and then Jay Spearing, were both dismissed with straight red cards, separate incidents, during the first half.

Sam Foley was handed a start for Rovers against Salford City, after his brace against Leeds United U21s in the Papa John’s Trophy last time out.

Tranmere made a bright start against the Manchester outfit at Prenton Park, with Elliott Nevitt leading the line, supported by Calum McManaman, Sam Foley and Josh Hawkes

The lively start by Rovers paid dividends in the 13th minute when Salford defender Liam Shephard handled in the penalty area. Up stepped Morris and despite a hand to ball by goalkeeper Tom King, the ball hit the back of the net to give TRFC an early lead.

Tranmere had the ball in the net moments later when Foley directed a header into the far corner, but the linesman had his flag up for offside.

Salford’s afternoon became even harder in the 24th minute when Touray was given a straight red card for a challenge on Calum McManaman.

The hosts were ramping up the pressure and in the 26th minute, Hawkes took aim from just outside the penalty area to sting the palms of King.

Tranmere were playing some beautiful free flowing football against Salford, and a quick passage of play saw Josh Cogley fire a low cross into Foley who flicked the ball just past the post.

At the other end, a swift counterattack from Salford saw Matty Lund drag a shot wide of the post, a reminder of the threat the visitors posed despite being a goal and a man down.

However, Salford were soon not a man down as Jay Spearing was handed a straight red card by the referee for a challenge, which looked a harsh decision.

But Tranmere didn’t let Spearing’s red card dampen their spirits and three minutes into the second period, Nevitt doubled our advantage with a superb diving header, his first league goal for the Club, connecting expertly to a Morris cross.

Looking for a third, Peter Clarke saw a header from a corner well saved by King and Tom Davies fired over on the follow up.

In the 65th minute, Liam Feeney was introduced for McManaman after another solid shift by the former Wigan Athletic star.

A goal mouth scrambled occurred which got the TRFC hearts racing as Salford nearly pulled one back, but a white shirt intervened to knock behind for a corner.

Lee O’Connor and Nathaniel Knight-Percival were introduced for first goal scorer, Morris, and Hawkes, with 20 minutes to go, as Rovers looked to tighten up with Salford missing another great chance moments before, a back post shot just going wide.

Substitute Feeney had two golden opportunities to score his first goal of the season, but both chances were denied by the Salford backline.

Rovers comfortably saw out the remainder of the game to seal back to back home victories and in turn a second win in three matches.

Our next game will be at Forest Green Rovers on Saturday 25th September, 3pm kick-off. For full ticket information, please CLICK HERE. 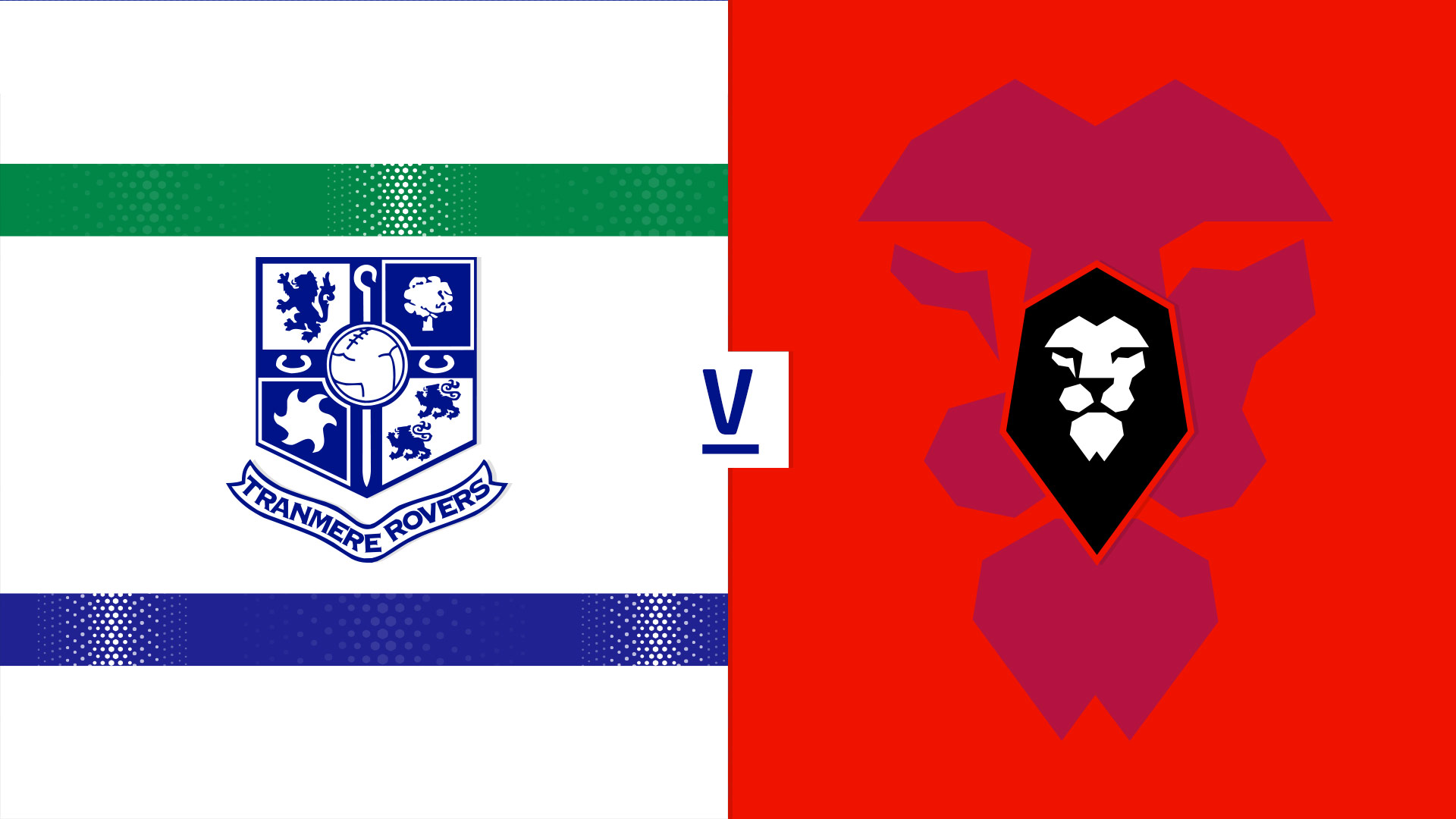 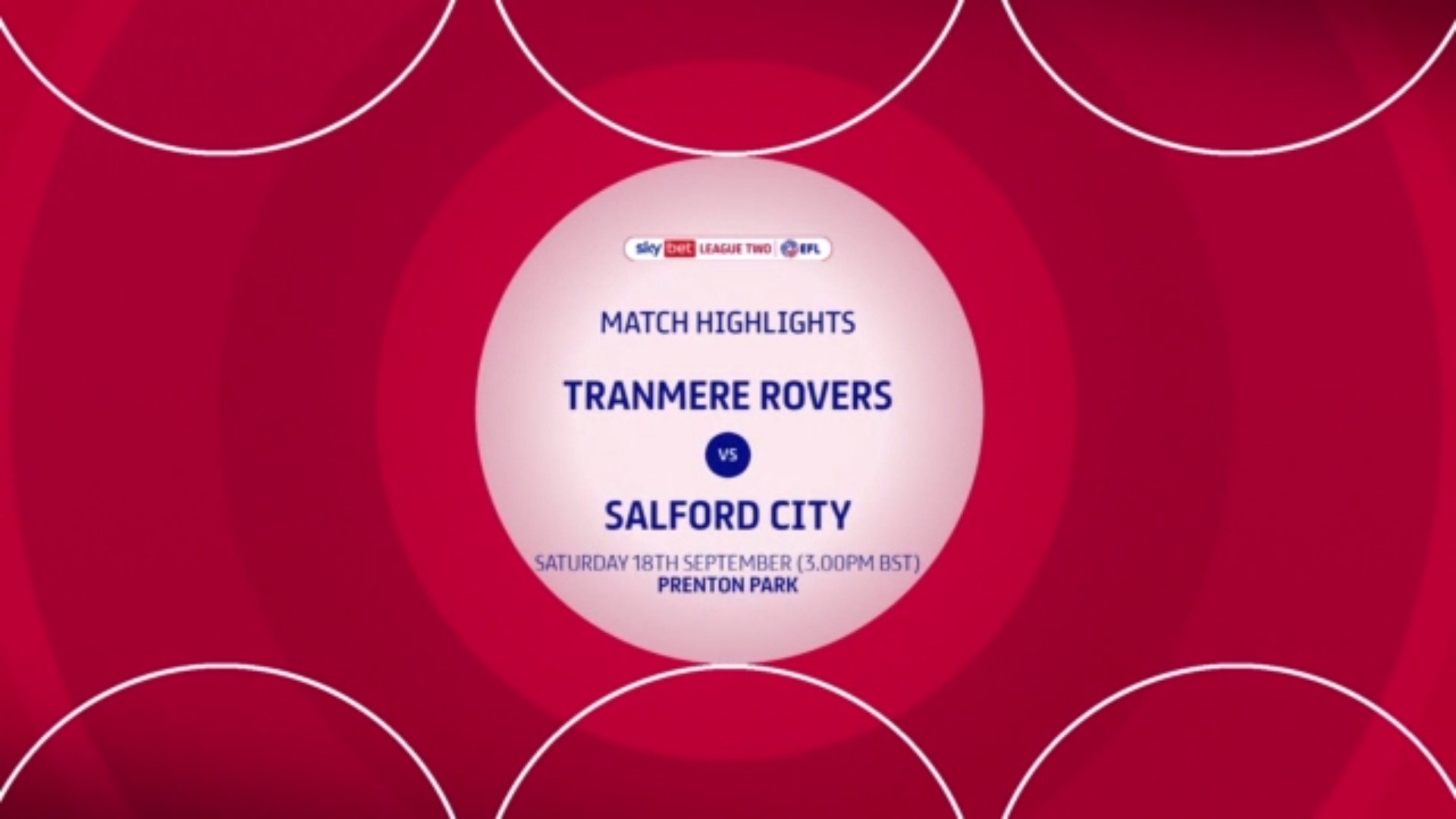