Nicky and I are writing to you following the Club’s initial statement published on Tuesday regarding proposals for season ticket refunds, after reviewing the feedback from some of our season ticket holders.

Firstly, we would like to sincerely apologise for the fact that the original statement wasn’t as clear as it could have been.  We never take your support or loyalty for granted and we are sorry if this initial message came across poorly. We have always prided ourselves on having open and honest communication with supporters, and we are disappointed that we clearly got it wrong on this occasion.

Your support this season has been immense and has played a significant part in helping the Club continue to operate during the Covid-19 pandemic.  For that, we would like to say a massive thank you for backing your football club.

When we went into the first lockdown and season tickets were put on sale, it was very unclear what arrangements would be for the new season and so a statement was made by the Club that:

“We do want to reassure supporters that in renewing early, we are committed to ensuring that no one loses out financially if the new season starts behind closed doors.  So if, for example, we cannot allow paying crowds in for the next 6 months of next season, then we would offer season ticket holders a free half season ticket for the following season to compensate for the missed matches.”

Some months after this communication was published, the EFL voted to make iFollow, which ordinarily costs £10 per game, available free to all season ticket holders for home league matches.

We recognise that watching matches on a screen was a long way short of being able to attend the games in person.  For that reason, and in order to honour the commitment given at the start of the season (that season ticket holders would not be financially disadvantaged by buying early) after consultation with the various supporters’ groups, on Tuesday the Club offered, amongst other things, vouchers to reimburse season ticket holders for the cost of their missed games, less the value of the iFollow subscription and the electronic programme.

Subject to the comments regarding the electronic programme which we deal with below, we believe that offering a pound for pound discount next year for the value not being delivered this year does honour the commitment to make sure season ticket holders were not financially disadvantaged.  However, it is clear that a small number of season ticket holders choose not to watch games on iFollow and on reflection our original proposals did not deal adequately with those.

Furthermore, it quickly became apparent from feedback that some season ticket holders had assumed that all season ticket holders would get a credit for the full value of every behind closed doors match plus a free iFollow pass for every home game.  This was never the intention because it would make the Club’s financial situation significantly worse than simply giving a full refund to every season ticket holder. We apologise if this was not spelt out specifically at the time. We assumed that it was understood that the iFollow cost would be deducted from the credit to be applied to next season but clearly, by at least some of you, it was not.

As free access is being supplied to season ticket holders for no additional cost through the EFL scheme, we receive no income at all for these 1,700 viewers.  If we were to provide iFollow free to season ticket holders and give a free match ticket for every behind closed doors game, then the Club would be £276,000 worse off than if it had not sold any season tickets at all, or had refunded them fully in cash.  Quite simply, it would be financially ruinous for the Club at a time when the vast majority of our other revenue sources have been cut off for almost nine months with no guarantee other revenue streams will return anytime soon.

We have therefore asked the EFL whether we can allow some of our season ticket holders to choose to opt out of iFollow. If the answer comes back in the affirmative, we will offer this as an additional option, and for those supporters choosing not to use iFollow we will revert to the initial offer of one free match next season for each behind closed doors game.   We do not yet have an answer on whether this is possible, but we will communicate the answer as soon as we have it.

We would also like to reiterate that it has always been, and remains, the case that any season ticket holder can cancel their season ticket at any time and will receive a cash refund for the balance of the season.  Up until the end of November, and because of the potential for misunderstanding, we are making this offer retrospective, so that season ticket holders who want a refund from the start of the season may have one, less the £10 per game iFollow cost.

If you want a cash refund and have not used iFollow, please contact the Club (tickets@tranmererovers.co.uk) and we will calculate the appropriate refund on an individual basis.

Finally, in the analysis sent out on Tuesday of the value being delivered through the current package, a value of £2 was ascribed to the e-programme that has been distributed to season ticket holders for each home match this season.   This broadly reflects the cost of producing it but in light of the feedback, we have made the decision to disregard the electronic programme for the purposes of calculating the value delivered. The amounts of compensation offered will therefore increase by £2 per season ticket holder per match over and above those set out in the previous communication.

So in summary your options now are as set out on the separate page.  At this stage, we are only asking you to choose what you want to do for the period between now and Christmas, so you would be free to change your mind at a later date once it becomes clear whether we will be playing behind closed doors into next year.

We believe that no season ticket holder will be left out of pocket unless they choose to make a donation to the Club.

We apologise for the complexity of this message.  If you need any help understanding the options, please e mail slo@tranmererovers.co.uk and they will assist you.

We would like to thank the many fans who have already indicated that they are not wishing to claim any compensation from the club for behind-closed-door matches. You have no idea how much this all means to us at the Club at a tremendously difficult time.

Option 2 – Retain season ticket, receive iFollow, shortfall (as per the table below) to be donated to the Club be used for specific Prenton Park projects to improve the match-day experience

Option 3 – Retain season ticket, receive iFollow, shortfall (as per the table below) to be credited as a gift voucher.  This can be used for any purchase including season tickets for next year.

Option 4  (For Ian Muir Lounge Only) – Retain season ticket, receive iFollow, a hard copy programme and a voucher for a free pint of beer (or other drink) for each home match you are unable to attend (or any of the other options).

Option 6 (U12 season ticket holders only) – A credit for next year for every game which you are unable to attend due to Covid.

Option 7 – Retain season ticket but opt out of iFollow if possible.  Receive a free match next year for every behind closed doors match this season. (If you select this option and it is not possible to opt out of iFollow, we will contact you to discuss further options).

To request one of the options above, please follow this link and complete the form. 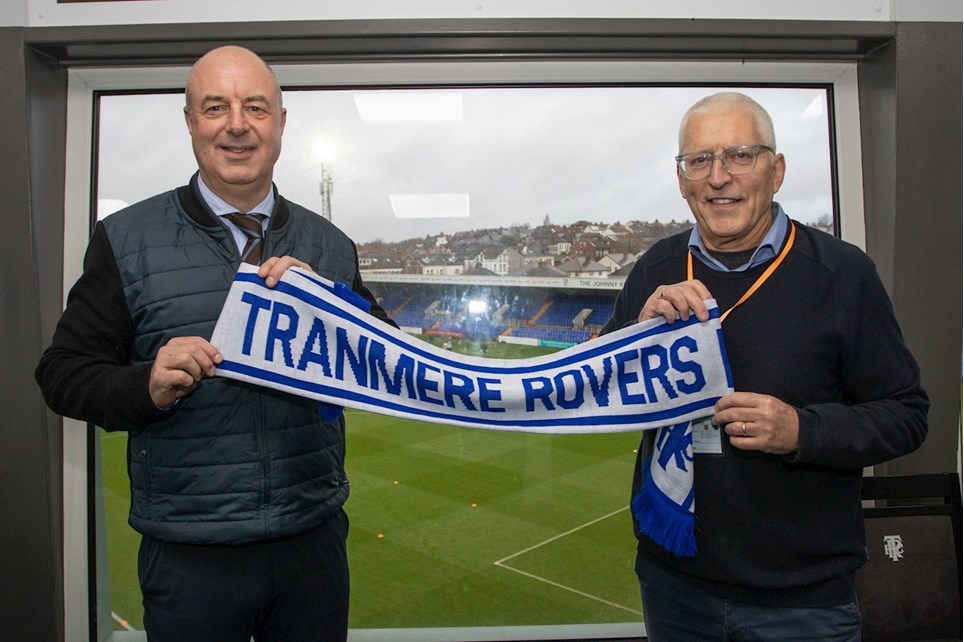