Tranmere Rovers claimed a clean sheet on the opening day of the season with a 0-0 draw at Mansfield Town.

Both teams had opportunities to win the game, but the score finished a draw at the One Call Stadium.

Striker James Vaughan returned to the starting line up after missing the midweek trip to Port Vale. Meanwhile, captain Scott Davies came into the team in place of Joe Murphy.

The hosts named former Tranmere frontman Andy Cook in their starting line up.

A scare for Tranmere in the opening ten minutes, as Mansfield hit the underside of the bar. A free kick from the right hand side looped over the TRFC backline and a header from the back post crashed against the bar, a real let off for the visitors from Wirral.

Mansfield were the team in ascendency and finding opportunities to get sight on Davies’ goal, as Tranmere had to weather an early storm from the Stags.

Just past the 20-minute mark, Ryan Sweeney picked up a Cook knockdown, but he was off balance and hit wide. A couple of minutes later, another chance presented itself for the hosts, but Liam Ridehalgh made an important last ditch block.

First chance for Rovers, from 25-yards, Keiron Morris took a touch before striking a bending left footed shot, which was tipped round the post by goalkeeper Marek Stech.

The chance sparked Tranmere into life, and a free-kick, similar position to Mansfield’s first chance, was delivered by Calum MacDonald, but Jay Spearing’s shot was blocked by a white shirt.

Superb goalkeeping by captain Davies denied Mansfield a sure goal. Summer signing Jordan Bowery was through on goal with just the TRFC keeper to beat, but Davies was quick out to smother the ball.

Tranmere were showing a lot more urgency in the opposition half, and Lee O’Connor found space on the right after a pass from Morris, but a heavy deflection took the shot wide.

A stooping header from Bowery kicked off the second half, a big opportunity for the hosts.  A cross from the right hand side, and the former Crewe man was unmarked in the box to nod wide.

A second cross from the right by the hosts saw Cook at the back post, but leaning back, he couldn’t get any power on his header causing an easy save for his former team mate, Davies.

Tranmere were making all the important blocks in their penalty area as the Stags went in search of the opening goal of the game.

In the 64th minute, manager Mike Jackson made his first change as Mark Ellis replaced MacDonald which meant a switch in formation too.

The change in formation worked for Tranmere but soon enough, Mansfield made their first change as Nicky Maynard replaced Bowery.

A cracking pass with the outside of the boot from Jay Spearing, who had worked tirelessly all match, released former Stag Khan on the left, but his cross was behind Vaughan, a big opportunity for the visitors.

In added time, Davies pulled off an important save to deny the hosts a last gasp winner, from 25-yards, substitute Sinclair hit a great effort but the goalkeeper was equal. 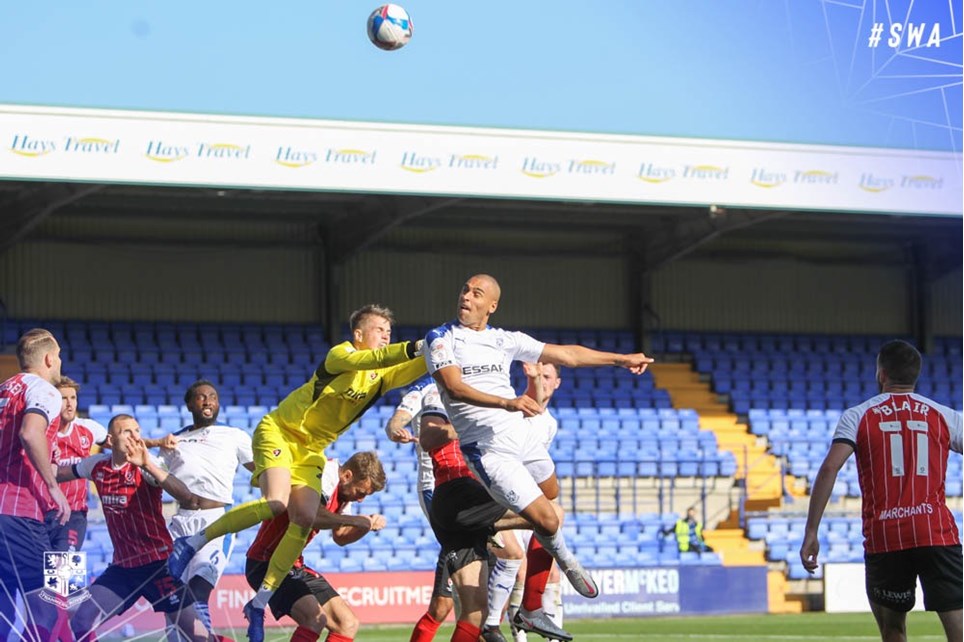 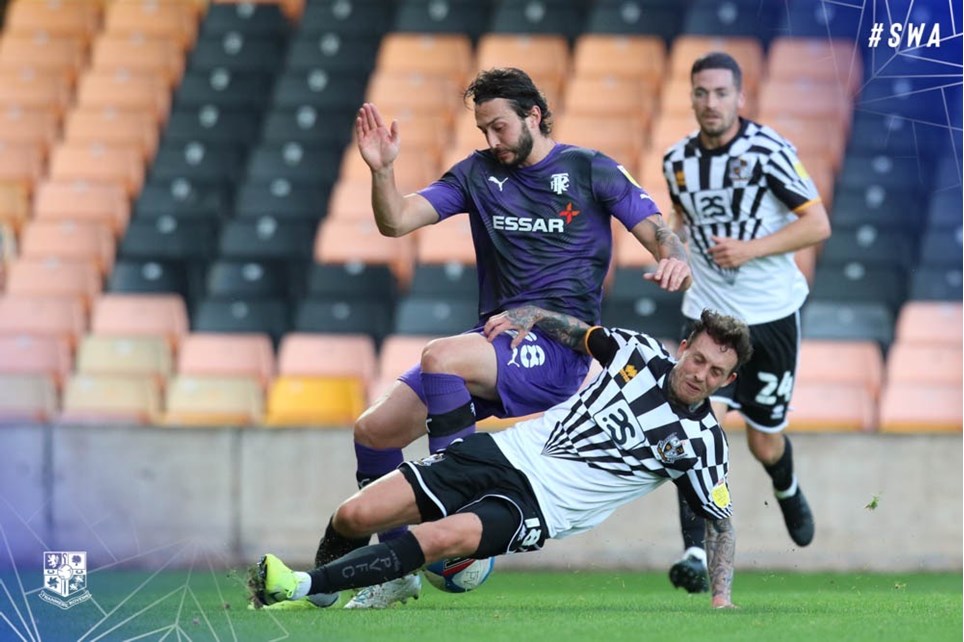 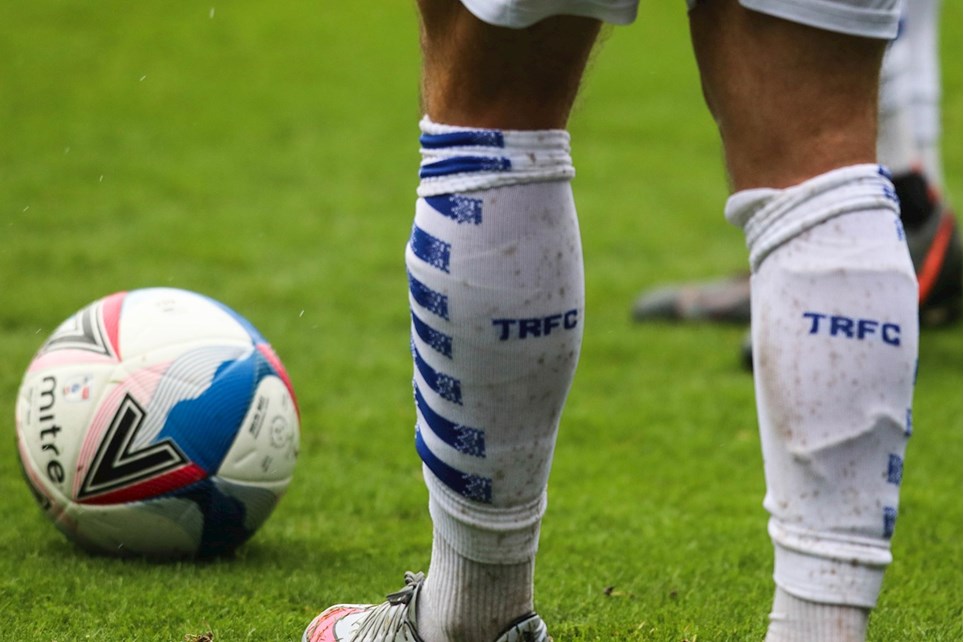 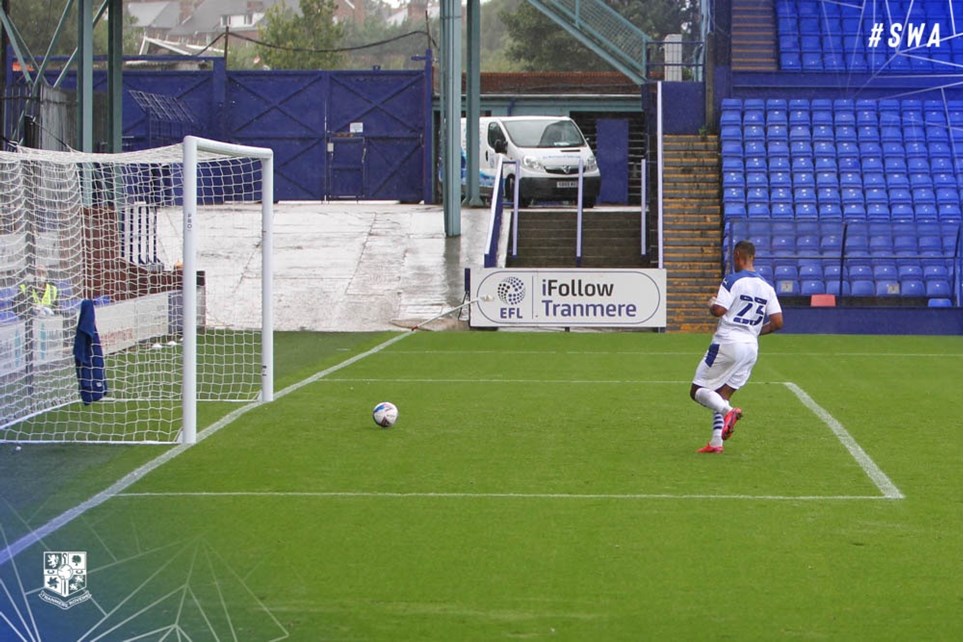