Tranmere Rovers continued their pre season schedule with a 1-0 win against Warrington Town on Saturday afternoon.

A penalty from Mani Dieseruvwe was the difference between the two sides at Cantilever Park as Rovers made in three wins from three in pre season.

Tranmere started the game with good intensity in the hot weather. Callum McManaman won a free kick 20 yards out in the opening stages but Rovers trialist Mark Duffy curled over the bar.

The hosts had an early chance themselves as they came forward down the right and Buckley met the cut back but fired over the bar.

Cogley and McManaman were a constant threat for Rovers down the right hand side. 10 minutes in they linked up but McManaman’s shot inside the box was deflected over the bar.

Shortly after, Glatzel had an effort cleared off the line following a cross from the right. Roberts was well positioned to clear for Warrington.

Midway through the half both Spearing and Watson tried their luck from the edge of the box but couldn’t trouble the Warrington keeper.

In the 37th minute, good hold up play by Dieseruvwe resulted in McManaman being tripped in the box for a Rovers Penalty.

Dieseruvwe stepped up and beat the keeper down to his right, despite the keeper getting a strong hand to it.

Warrington started the second half the brighter of the two teams with a trialist of their own went one on one with Murphy who stood strong to deny the attacker.

A much quieter second half compared to the first half with both sides making several changes.

Liam Feeney tested the defence with some searching crosses however the Warrington back line stood firm.

Rovers enjoyed the mainstay of possession in the second period with both sides not creating any real goal scoring opportunities.

Micky Mellon’s men comfortably kept their lead to round of the action.

Next up is a home friendly against Sunderland on Tuesday night. Click here to get your tickets for the fixture 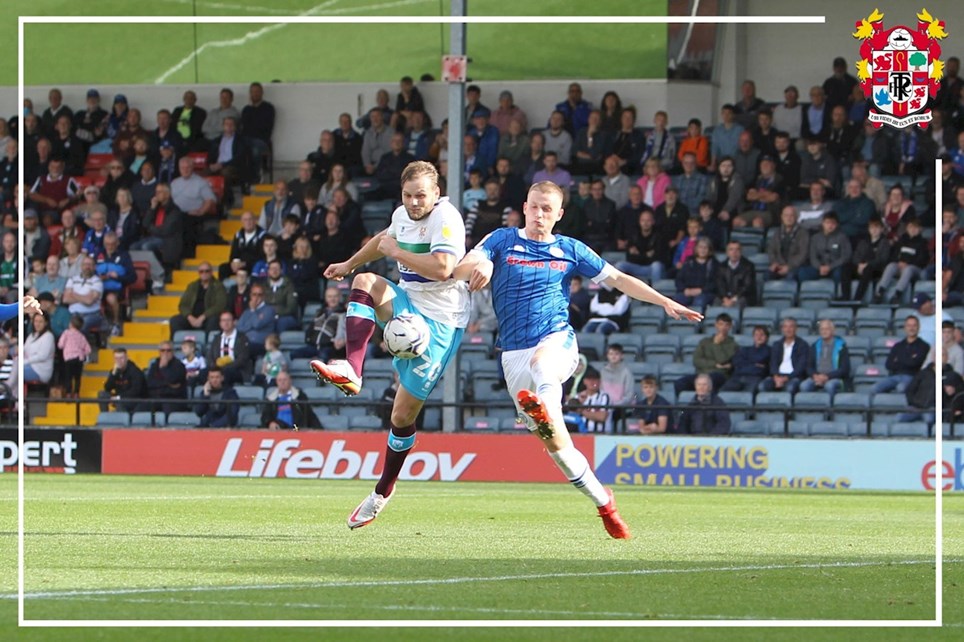