A first half goal from Kaiyne Woolery was cancelled out by Stephen Quinn as Tranmere played out a 1-1 draw at home to Mansfield Town.

Rovers led going into the second half but a late equaliser made sure the points were shared at Prenton Park.

Tranmere saw George Ray and Woolery return to the starting line up for the game, with Ali Crawford also making a start for the hosts in midfield alongside the ever present Jay Spearing.

Rovers, who were wearing black arm bands in memory of former TRFC player and manager, Frank Worthington, who sadly passed away earlier this week, came up against a strong Mansfield team, which included former Premier League man James Perch.

In the tenth minute, captain Scott Davies went down with an injury and had to be stretched off, with Joe Murphy coming on in his place.

Soon after the restart, Woolery got goal side and hit a fierce shot at the goalkeeper, with Paul Lewis heading wide seconds later.

Tranmere were inches away from taking the lead as Peter Clarke climbed above the Mansfield defence to send a header just wide of the right-hand side.

A clever pass from Crawford picked out the run of Woolery, with his back to goal, he managed to turn to find space but sent his shot wide of the mark.

Rovers missed two great chances when Clarke once again headed wide and Crawford sent a volley onto the roof of the net from a Feeney cross.

In added time in the first half, Rovers pressure paid off as from 15 yards out, Woolery hit a fierce strike into the right hand corner, giving the Mansfield goalkeeper no chance.

A wonderful goal nearly started the second half when Feeney caught a bad clearance by the Stags custodian, but his half volley just crept wide.

Crawford couldn’t hit the target from inside the penalty box, a big chance after great play from Woolery and Keiron Morris.

Mansfield will have been frustrated not to have equalised in the 62nd minute when a deflection fell nicely for Jamie Reid to drive wide.

Jason Law had Mansfield’s next chance on the edge of the box in the 70th minute, but Murphy showed save hands for Rovers.

Rovers made a double change with Nya Kirby and David Nugent coming into the match, replacing Morris and Crawford, after a great performance by the outgoing duo.

As Kirby and Nugent entered the field of play in the 74th minute, with his first touch, the latter sent a header just over with his very first touch.

Mansfield grabbed an equaliser with 15 minutes to play as Quinn connected sweetly with a volley to make the score 1-1.

Lewis got on the end of a cross from the right as Tranmere looked to push for a second goal and regain the lead.

However, Tranmere couldn’t find the decisive winner but we moved into the automatic promotion places heading into the final matches of the campaign.

Our next game will be on Good Friday (2nd April) as we travel to Cheltenham Town, 3pm kick-off. With the game being live on Sky Sports, only audio passes will be available for iFollow, CLICK HERE to subscribe. 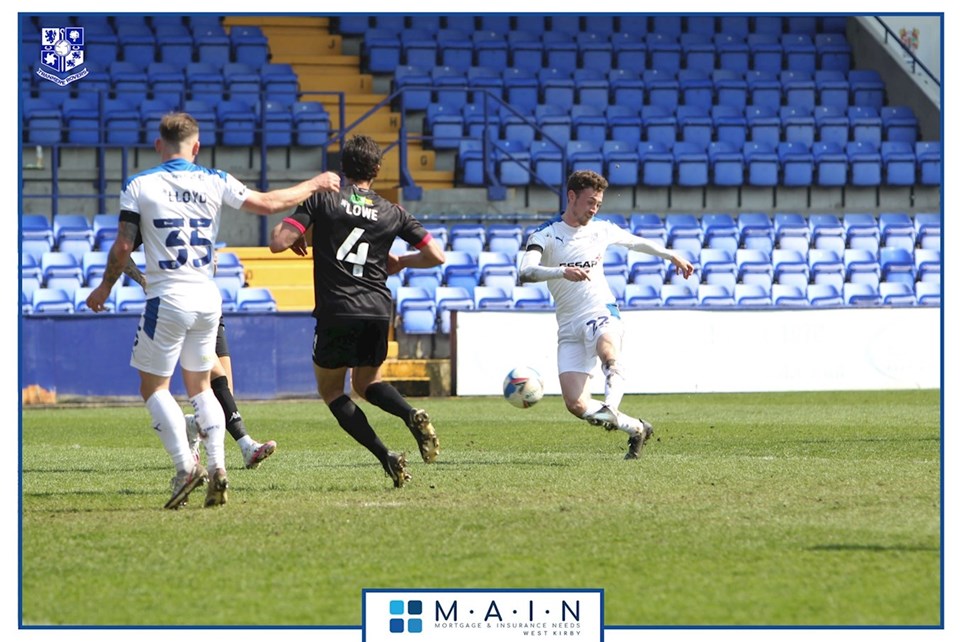